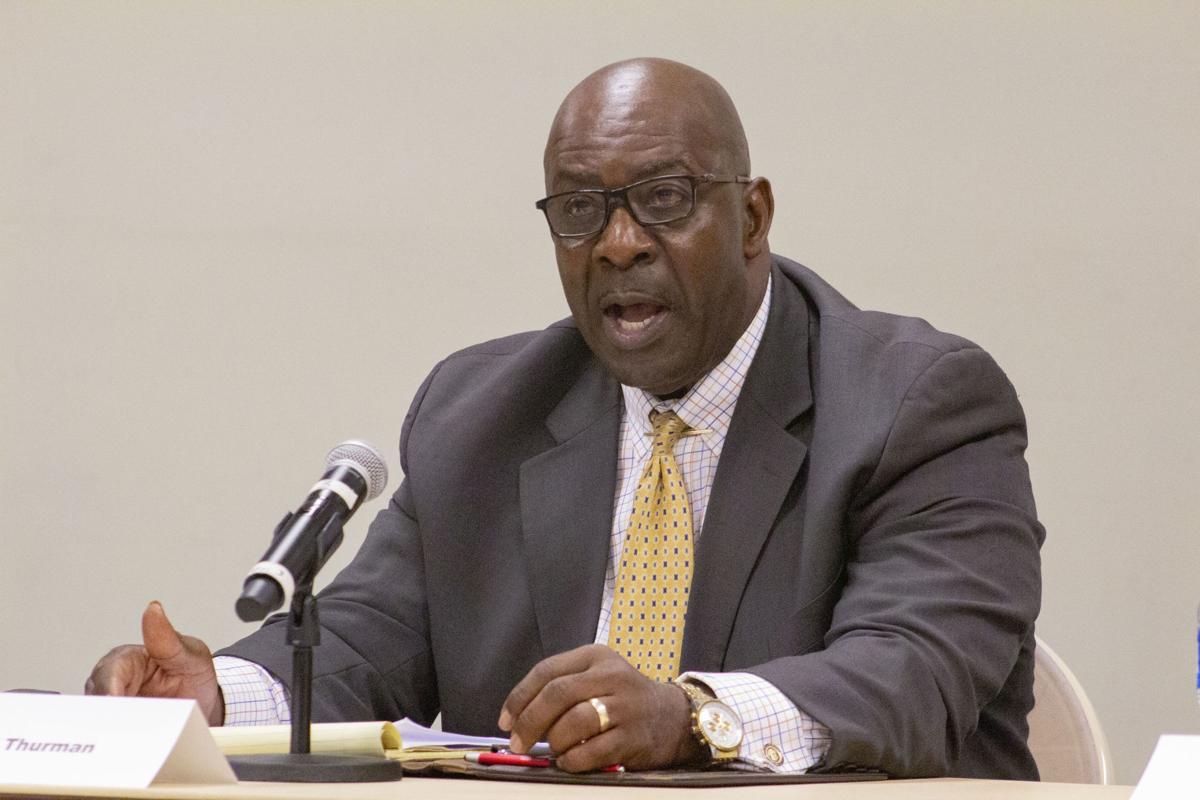 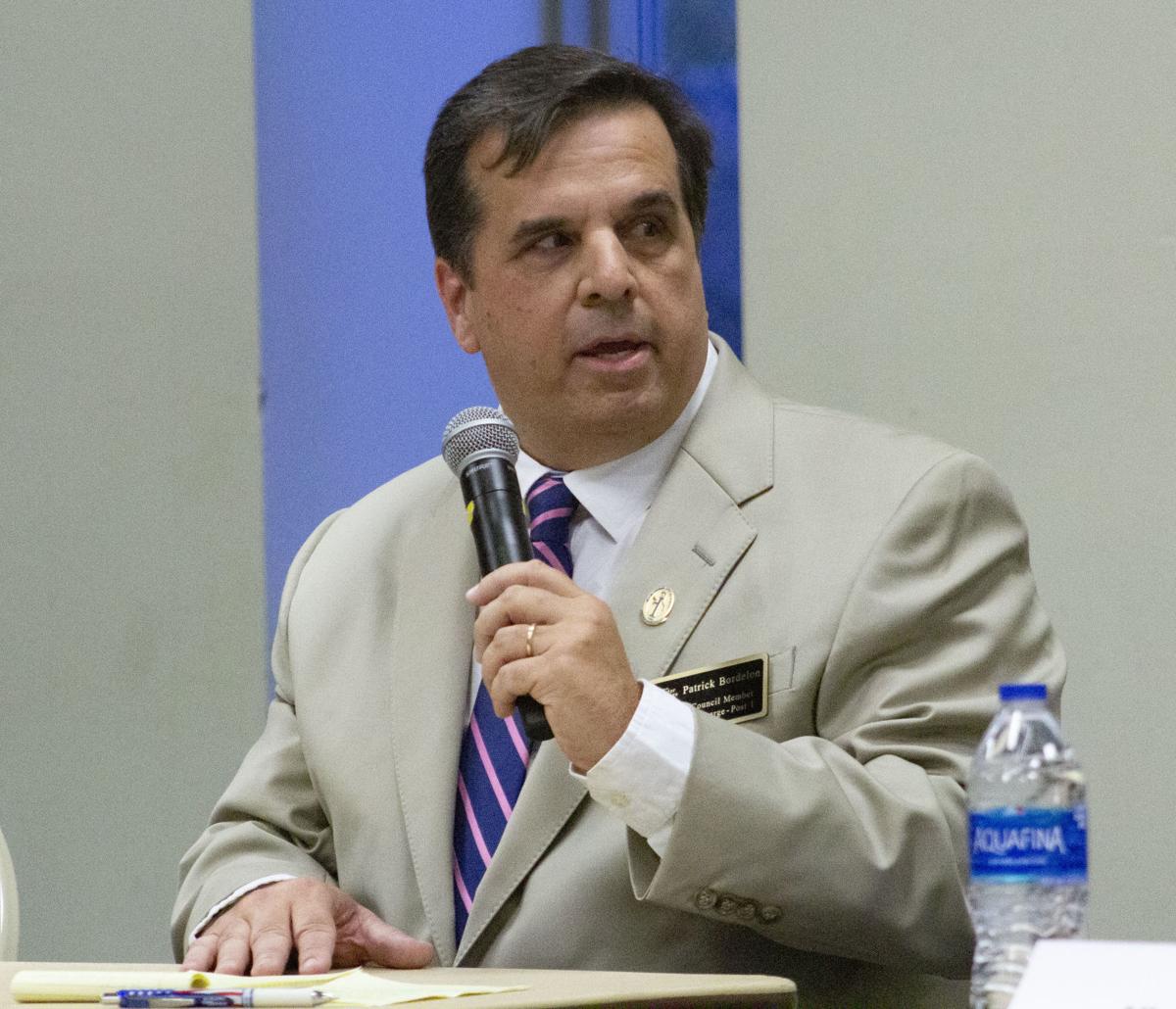 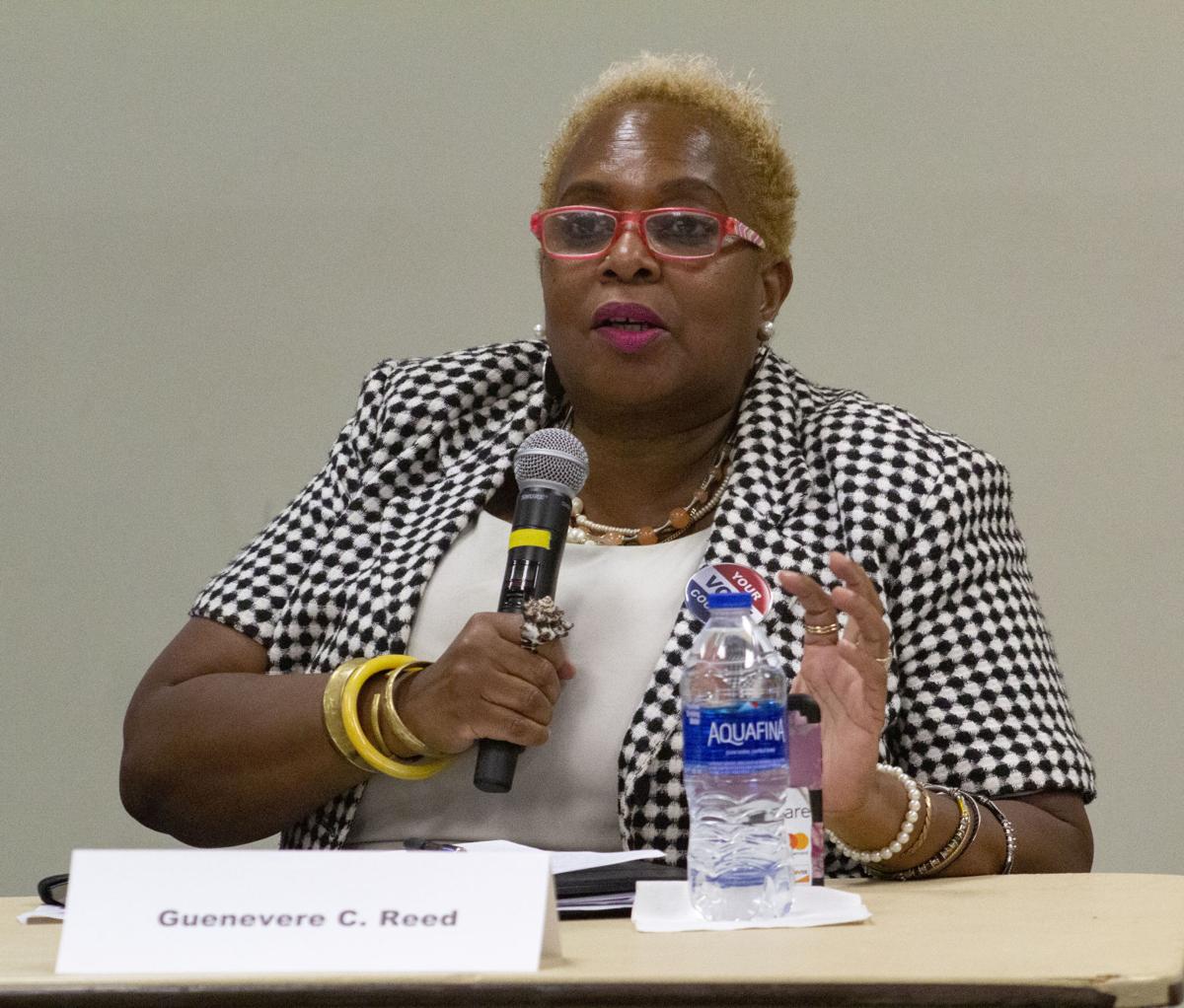 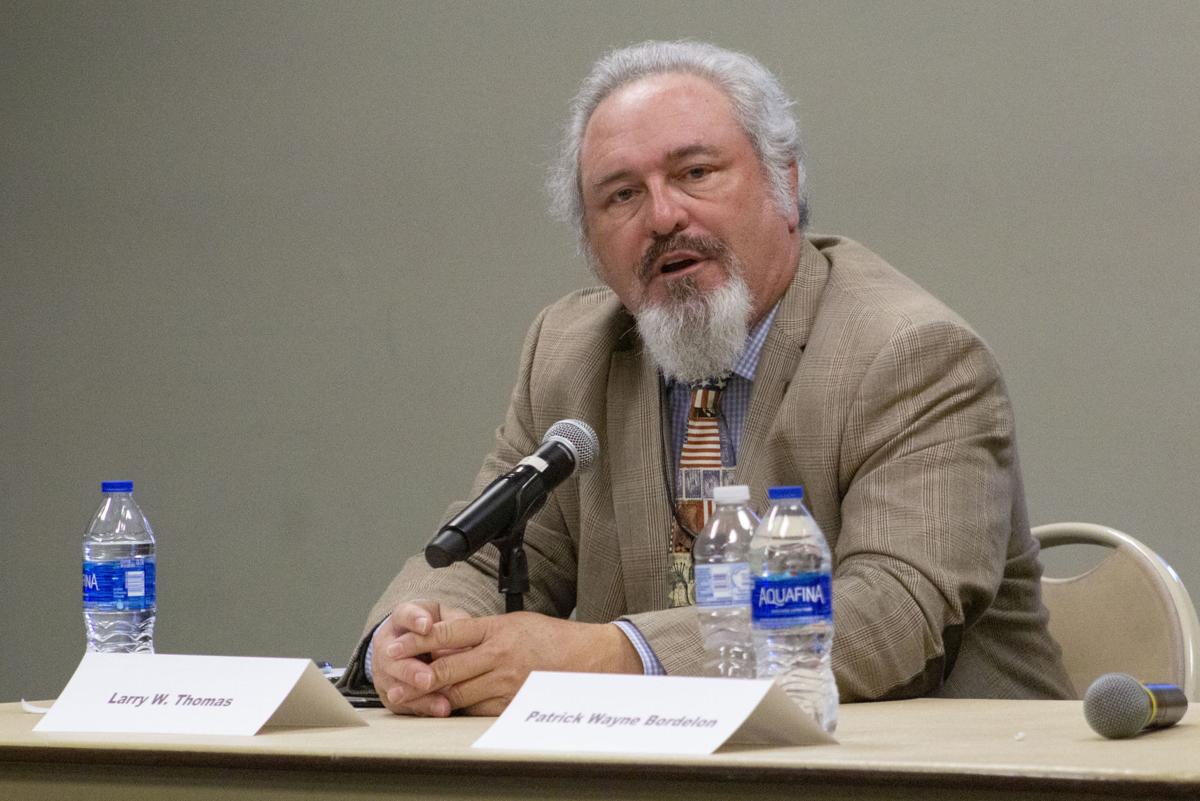 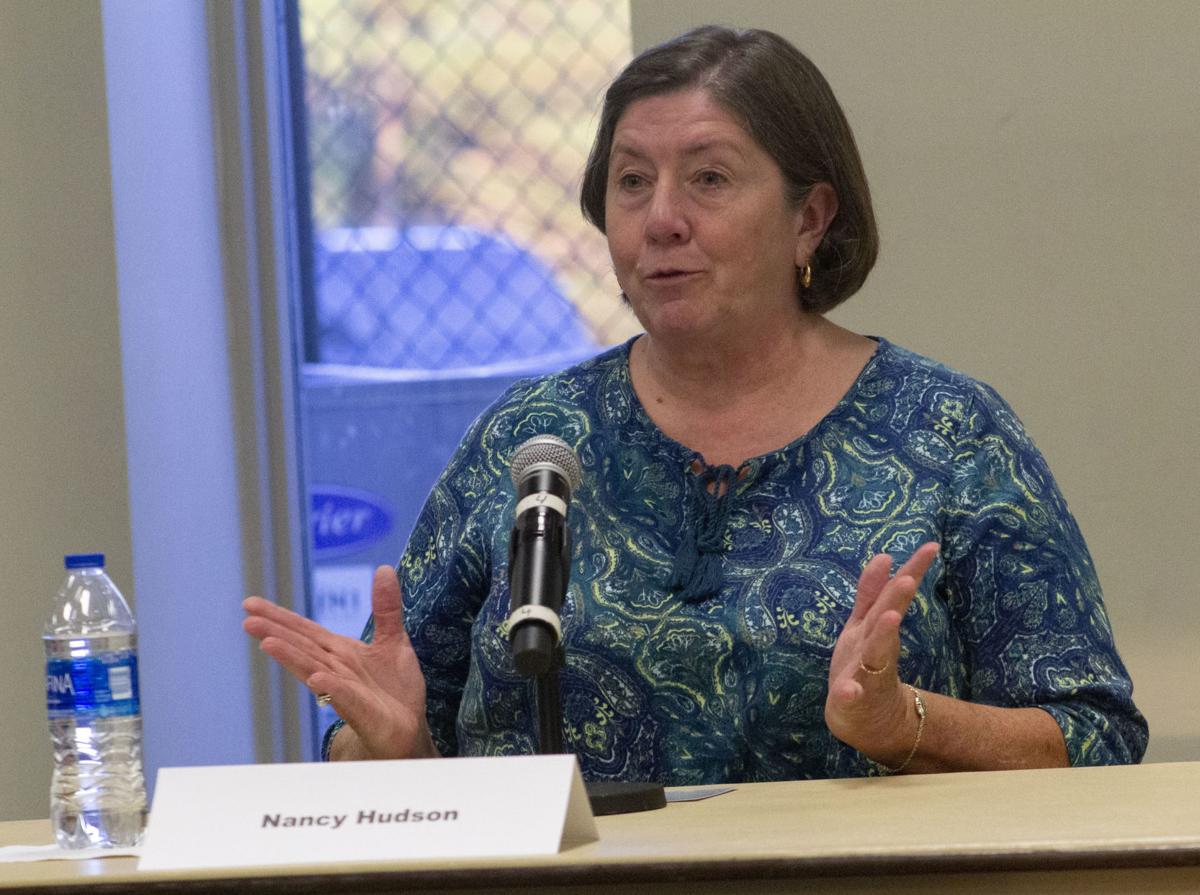 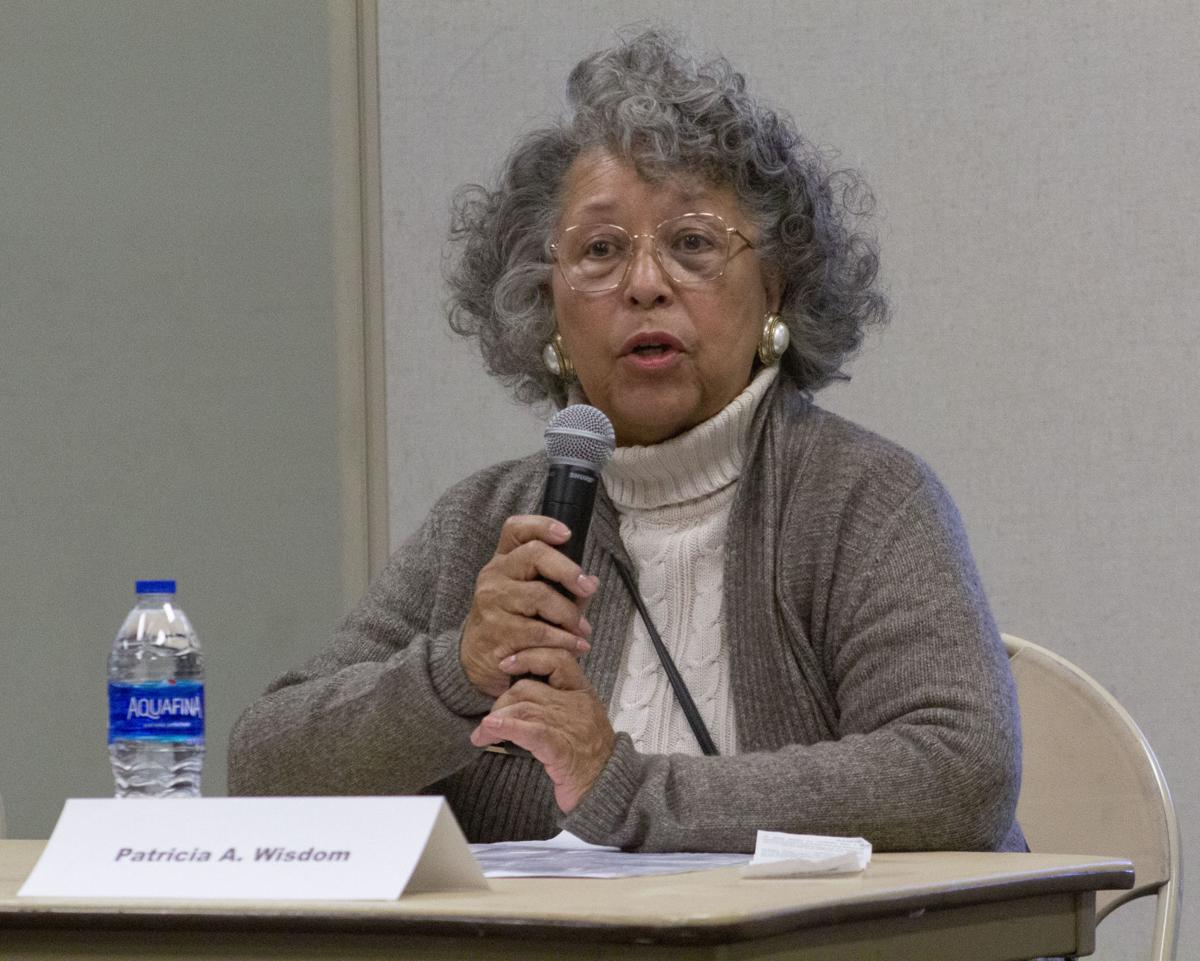 POWDER SPRINGS — Candidates for Powder Springs City Council recently squared off on downtown development, fiscal responsibility, transportation and the sale of the city’s water distribution system earlier this year, among other issues.

Seats for mayor and council at-large Posts 1 and 2 are up for grabs in November.

Patrick Bordelon, a real estate title examiner, serves as councilman for the at-large Post 1 seat and is finishing his first four-year term. Larry Thomas, an IT consultant and professional genealogist, is running to unseat him.

Patricia Wisdom, a retired social worker, serves as councilwoman for the at-large Post 2 seat. Wisdom has served one term and has two opponents in the November race: Nancy Hudson and Guenevere Reed.

Hudson is a retired 34-year city resident who served on the council from 2010 to 2017, when she was defeated by Ward 3 Councilwoman Nancy Farmer.

Reed, also retired, said she has lived in the city about 20 years, moving from New York after her husband was murdered.

Candidate opinions on the sale of Powder Springs’ water distribution system and wastewater collection system to Cobb County were split. Mayor Thurman told the MDJ in June that the sale would cut residents’ water bills by 20 to 30%.

The council voted 3-2 to sell the water system at its Feb. 4 meeting. The MDJ reported then that the system would sell for $5.5 million. Councilwomen Wisdom and Farmer voted against the sale. The city closed the sale with the county on June 25.

On Thursday, Thurman said the real sale price amounted to the system’s appraised value of $10 million, as Powder Springs was allowed to keep its reserve balance and would receive $500,000 payments each year for the next 10 years.

The mayor told the crowd the decision to sell was simple and stemmed from a consultant’s discovery that underground pipes would need to be replaced, a project that would cost taxpayers $32 million.

“But not only that — by the time we finished, it would be time to start again replacing the pipes,” he said, adding that the city didn’t have the means for upkeep, but the county did.

Bordelon agreed with the mayor. The system’s sale, he said, was a win-win-win for the citizens, city and county.

“We studied (the sale) for three years before we approved it,” Bordelon said. “The city was functioning as a middle man between the residents and the county. We were buying our water from the county, we were adding our charges for our expenses and we were passing on the higher costs to our residents.”

Bordelon called the city’s water system a “depreciating asset,” which dropped in value each year. He said money brought in from the sale was able to be used to pay for the bonds used in the cost of the city’s new downtown park, as well as future capital improvement projects.

But Wisdom said the city hadn’t benefited enough from the water system’s sale. She called the system a “major asset,” and said 37% of Powder Springs’ income had come from it.

“When you sell an asset like that — and it was maybe between $400,000 and $500,000 every year that came in extra from the water system that we had — to me, what you did is you just broke even,” Wisdom said. “We sold this system for $5 million. As far as I’m concerned, we should’ve asked for $10 million and negotiated, because then you would’ve had some additional money to work with. We’re scrambling.”

Wisdom added when she asked city staff how the city planned to recoup the lost annual revenue from the sale and no one could give her an answer, she decided to vote against it.

Thomas, who is challenging Bordelon, also said the sale had been a poor choice, calling Thurman’s pipe claim a “scare tactic.”

“That is a 100% replacement of all the pipes,” Thomas said of the price tag. “Our pipes were in very good shape in (the county water director’s opinion) so it wouldn’t have been anywhere near $30 million dollars.”

Thomas echoed Wisdom in calling the system a lost asset and said while individual house water bills may have decreased slightly, many homeowners associations and businesses with higher demand for water saw their bills double. He added that Powder Springs residents also lost “great customer service.”

“You’ve gone from a small-town bank to a large, impersonal bank,” Thomas said.

Candidates and incumbents alike saw opportunities for expansions in the city’s transportation networks.

Wisdom said the city needs more bus schedules traveling to “key areas” of the city, as well as to and from park-and-ride lots. She also said routes of the county’s Flex bus, an on-demand bus service, should be expanded in and around Powder Springs.

Reed, one of two challengers to Wisdom, agreed, saying she’d spoken to Cobb Commissioner Lisa Cupid and others on the Cobb County Board of Commissioners about the need for more transportation options in Powder Springs.

“There seems to be a lack of political will, as well as budget to supply transportation in Powder Springs,” Reed said. “(Flex bus) zones need to be expanded, as well as ridership needs to be marketed and branded so people know the bus service exists. A lot of people still don’t know.”

Reed also said the creation of resident advisory boards would help to increase citizen participation in conversations like these. She added that the council should stream and post videos of meetings online.

Thomas, Bordelon’s challenger, said while bus expansions are needed, officials should also focus on bicycle infrastructure, especially given the Silver Comet Trail’s path through the city.

“You can’t safely ride a bicycle in this town,” he said. “We need to invest money in bike lanes along the main corridors.”

Thurman said while the city’s downtown had been dying, his administration had brought new life with work underway on a $3.7 million downtown park connecting with the Silver Comet Trail, an incoming multimillion-dollar soccer complex set to break ground at 5030 Hill Road, just west of state Route 278 and various other downtown quality of life projects.

Incumbents Bordelon and Wisdom said they also hoped to continue the progress they’d made on increasing development in the city and bringing more businesses, often mentioning the city’s need to diversify its tax base and relieve homeowners from the majority of the city’s tax burden.

“My focus would be more on commercial development this time, because this is where this will be the greatest relief for our (taxpayers), to expand our tax base and to focus on jobs,” Wisdom said, adding that more focus should be placed on bringing restaurants and retail into city limits.

Bordelon pointed to what he said was $70 million in new investments in the city over the last four years as a sign of the current administration’s progress on the building front.

Hudson, a challenger of Wisdom, said in the decades she’s lived in the city, the Main Street downtown district has never been “booming,” but is improving. There are many vacant buildings downtown that need to be filled, and while the city’s downtown development authority is helping, there is also plenty of available land that should be marketed more aggressively, Hudson said.

“I can see it going as being booming downtown. It’s a beautiful area,” she said. “I think it has a lot of work to continue on to make it what we would like to see. But it’s going to take work, and it’s going to take people on the council that can have that vision.”

Like the others, Hudson also said the city needs more commercial development to balance the tax burden.

When asked whether they believe the city is headed in a direction they see as fiscally responsible, Thomas said there is no way to tell.

“Here’s the scary answer: We don’t know. We really don’t know,” he said, adding that since the city’s finance director left, financial reports have been sparse and “full of errors.”

Thurman said the city is in the process of hiring a finance director and plans to present one for consideration at its Monday council meeting.

Wisdom also said she had questions, using as an example the supposed $5 million reserve funds mentioned as part of the water system sale.

“I have not been able to get what is left in the reserve,” she said. “We’ve been spending that money down, and we still don’t know yet. We’re supposed to be getting a report, I think sometime in November. Originally, we were supposed to get a report in July as to what was going on with the water reserve money, but it has not materialized. So I, as a council person, am totally in the dark as to what reserve money we have left at this point.”

Seats of Powder Springs Council members Henry Lust, Doris Dawkins and Nancy Farmer, who serve city Wards 1, 2 and 3, respectively, are not up for election this year. Their terms expire in 2021. City elections will be held Tuesday, Nov. 5 in Powder Springs, Acworth, Austell, Kennesaw and Smyrna.

Georgia senators want to ease rules for building below dams