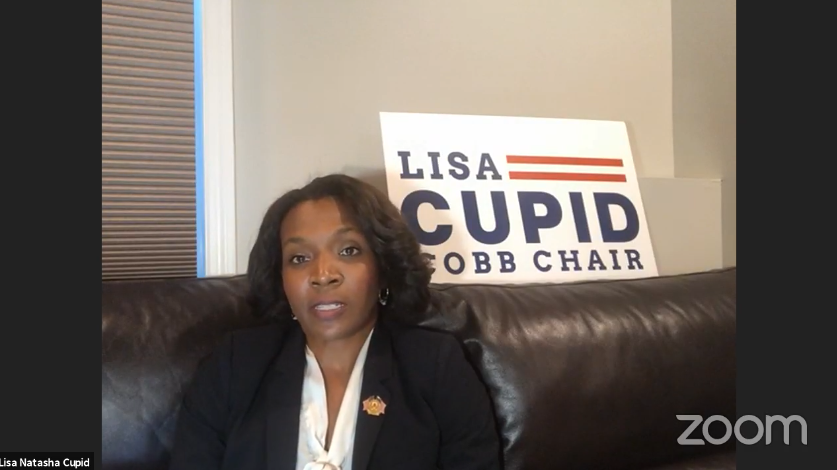 South Cobb Commissioner Lisa Cupid, a Democrat, said affordable housing cannot be concentrated in any single part of the county. 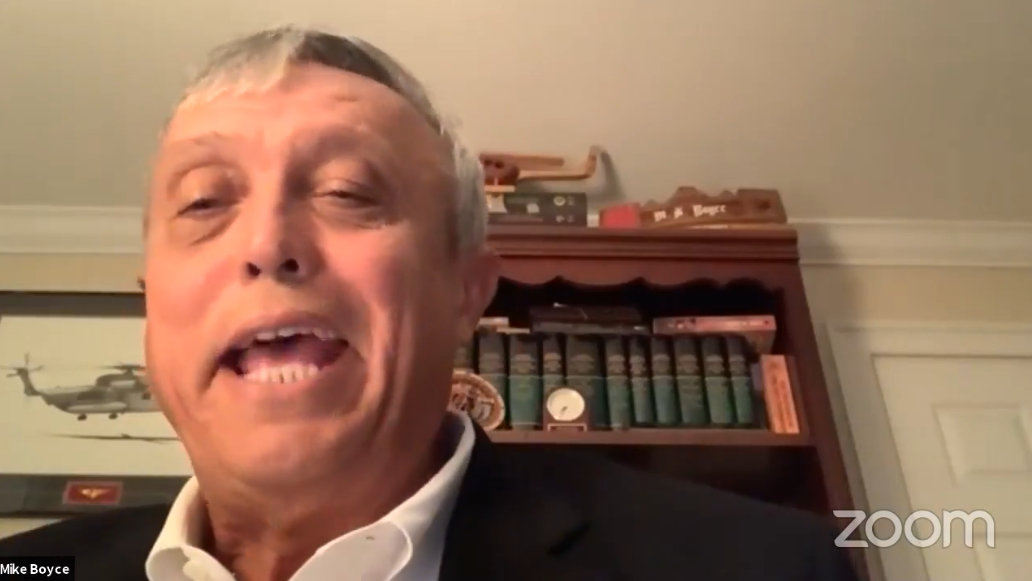 Cobb County Chair Mike Boyce, a Republican, said he will put a 1% sales tax before voters in 2022 if reelected to fund transportation and public transit initiatives.

South Cobb Commissioner Lisa Cupid, a Democrat, said affordable housing cannot be concentrated in any single part of the county.

Cobb County Chair Mike Boyce, a Republican, said he will put a 1% sales tax before voters in 2022 if reelected to fund transportation and public transit initiatives.

In their first one-on-one forum ahead of the November election, incumbent Cobb Chairman Mike Boyce, a Republican, and opponent Lisa Cupid, the Democratic commissioner representing south Cobb, were largely in agreement regarding major issues facing the county.

Both candidates cited the coronavirus as the most important issue facing Cobb. But with the governor barring local governments from enacting any measures dealing with the crisis more or less restrictive than his own, the attention of Monday night’s forum, hosted by the Cobb Community Alliance, centered on transportation and housing.

Cupid said a majority of the county’s elected officials have long been opposed to expanding public transit in Cobb, citing efforts to limit transit to specific parts of the county and move a potential vote on a transit-oriented penny sales tax to an odd-year election, diminishing its chances of success.

As county chair, Cupid said she would push to expand transit in Cobb.

“That doesn’t mean transit and buses will go everywhere,” she said, “but we should not be leaving money and opportunity on the table.”

Boyce agreed. He said a study the county conducted several years ago “finally did away with the mythology that MARTA isn’t popular in Cobb.”

Boyce has repeatedly said he would like to put a 1% sales tax before voters in 2022 with the sole purpose of funding transportation and public transit initiatives.

“We need to start thinking like a county that’s going to (have) a million people,” he said, referring to projections that estimate the county’s population, currently approaching 800,000, will grow to over 1 million by 2040.

“The challenge once again is you get people running out there saying, ‘Well there he goes again, he’s going to ask for another tax,’” he added. “Well, ladies and gentlemen, you cannot be a five-star county unless you have a five-star budget.”

The candidates also agreed on the need to boost affordable housing in the county, but offered few specifics.

Although the impact of organizations like the Marietta Housing Authority is greater than some may realize, Boyce argued, it is insufficient to meet the needs of county residents.

Any major affordability initiative will depend on the composition of the board after the November election, he added, saying the current board is “very conservative.”