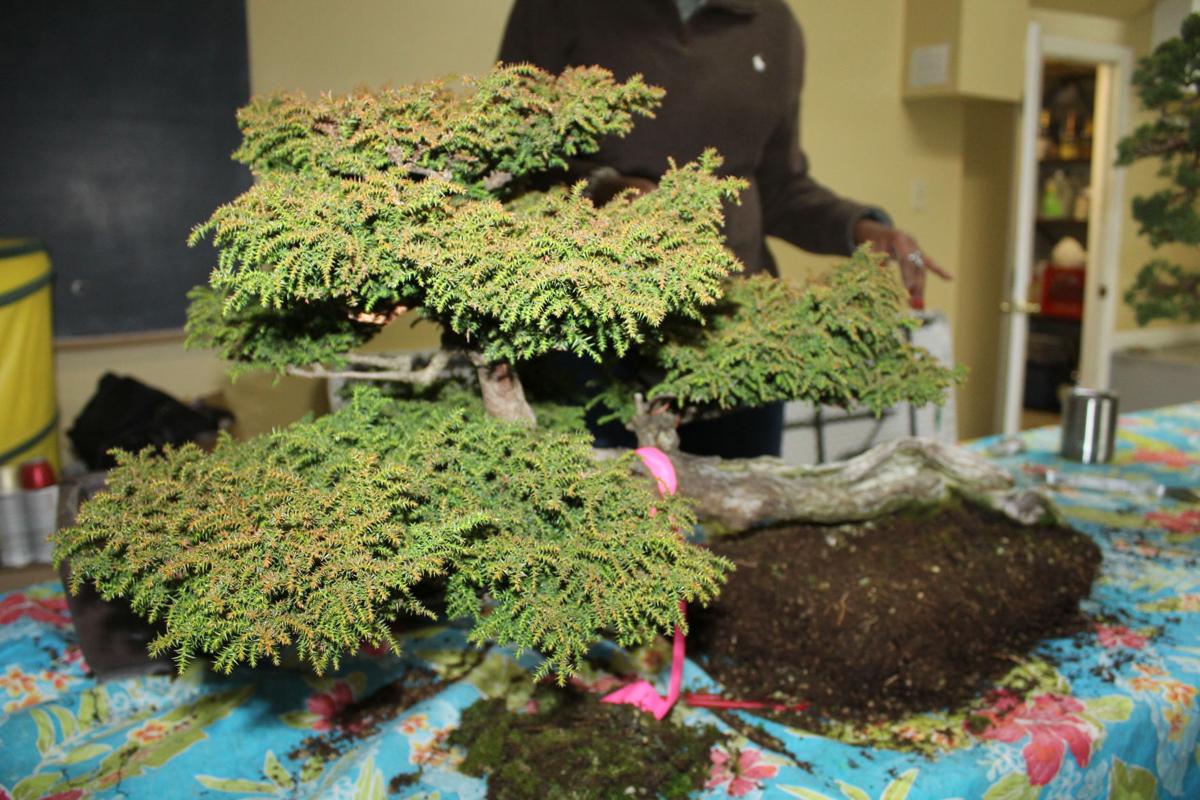 A bonsai tree waiting to be replanted. 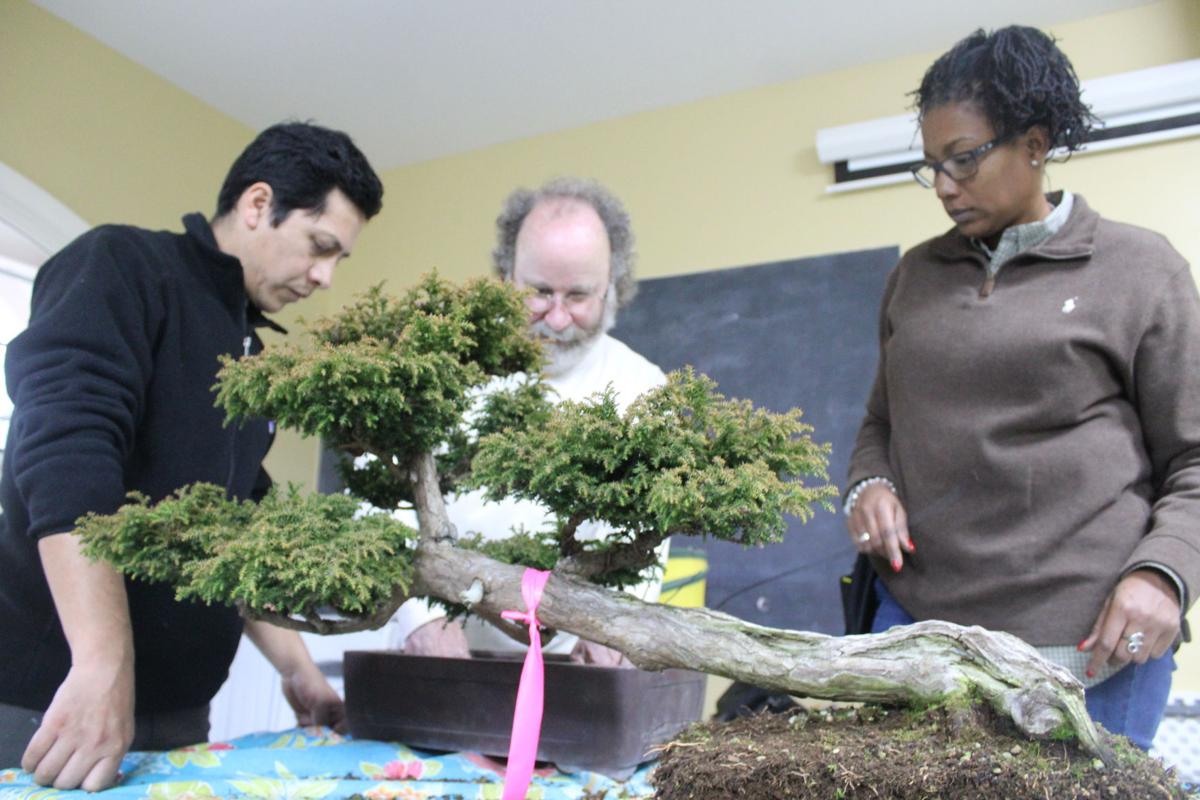 Bonsai guru Rodney Clemons, center, gives a lesson on repotting a bonsai to Raul Jimenez, an employee of Holy Spirit Catholic School and Denise Anderson, retired Navy, both of Atlanta. 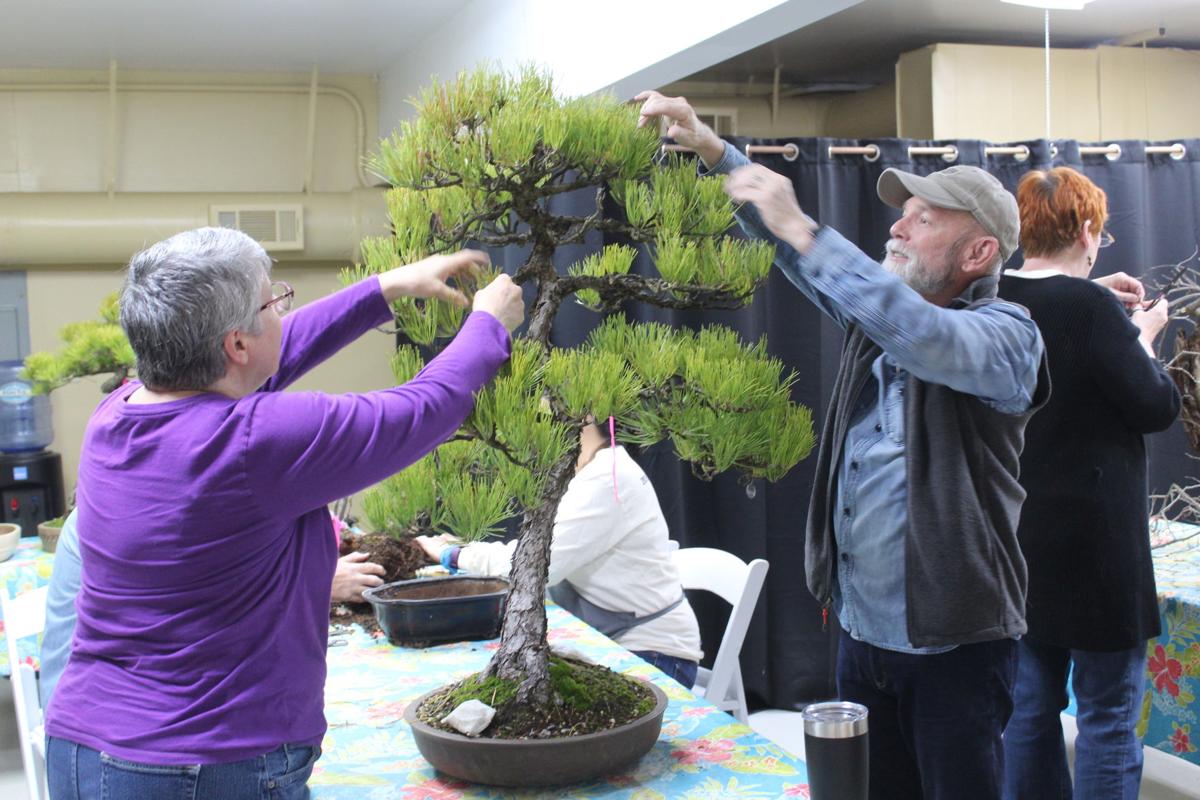 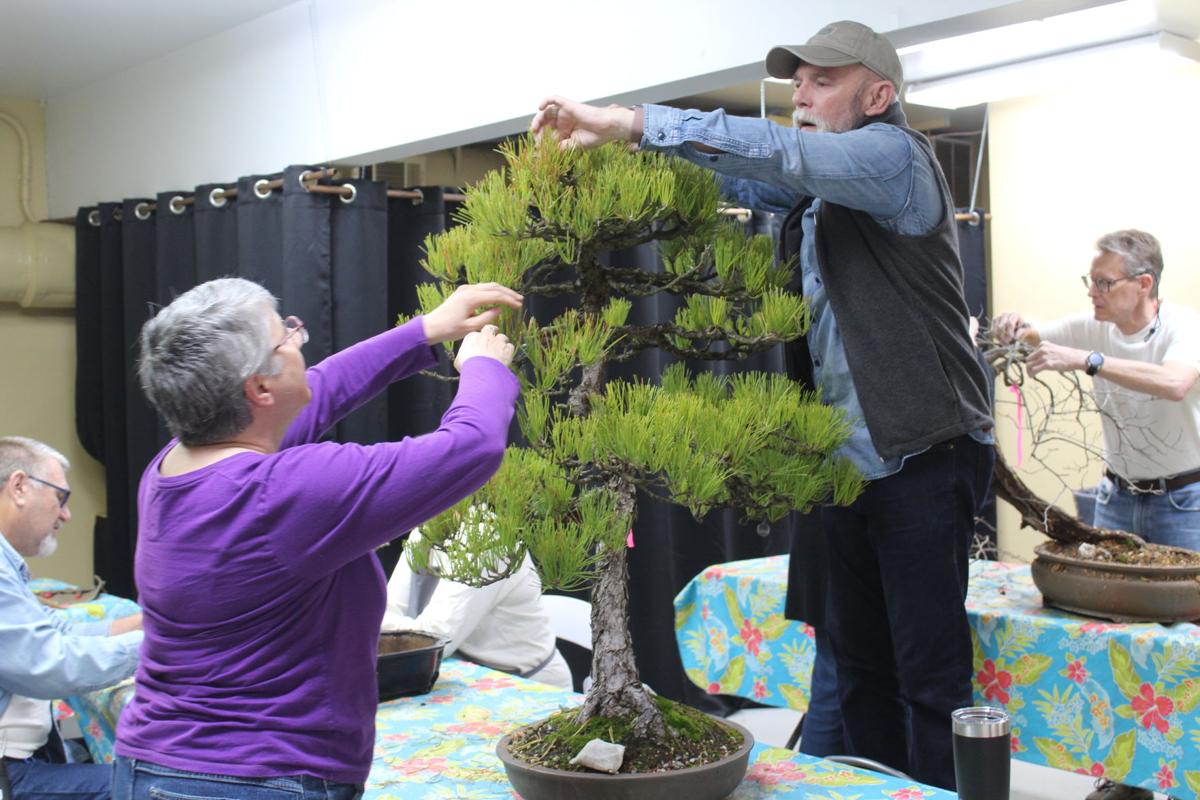 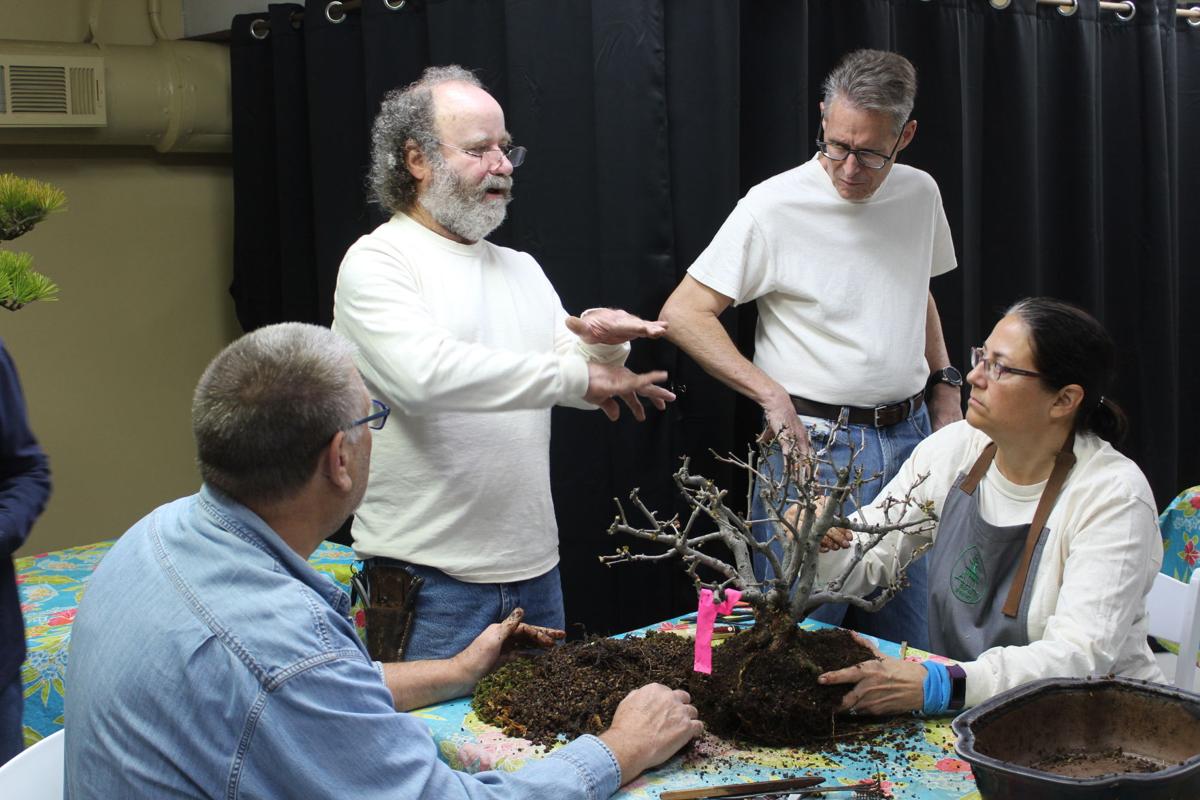 A bonsai tree waiting to be replanted.

Bonsai guru Rodney Clemons, center, gives a lesson on repotting a bonsai to Raul Jimenez, an employee of Holy Spirit Catholic School and Denise Anderson, retired Navy, both of Atlanta.

Every month, artists come to Smith-Gilbert Gardens in Kennesaw to practice a very slow art form.

Bonsai — which is pronounced “BONE-sigh” — is the art of cultivating trees in small containers to create beautiful miniature versions of full-grown trees. On the second Saturday of every month, Bonsai-lovers come out to the gardens to learn from Bonsai Curator Rodney Clemons, who has been practicing the ancient Japanese art form for over 50 years.

This month, Clemons had volunteers inside the park’s carriage house pruning leaves, repotting trees and brushing dirt off roots as he moved from tree to tree offering advice.

Clemons said he has been hooked since he saw a bonsai display at a mall as a teenager. When he’s not tending to the trees at the garden, you will likely find him tending to his own collection of hundreds of trees at his Stone Mountain home.

He said bonsai helps him to slow down and relax.

“I’m a very, very impatient person in life, but in bonsai, you’ve got to work with the trees’ schedule, their timeframe,” he said. “So it does relax you because they’re slower than people, a lot more precise with how they want to grow, so you do have to slow down and be patient.”

Clemons said the No. 1 mistake he sees newbies make is overworking their trees.

“There’s some people that I have to slow down,” he said. “There are people here I’m constantly watching to make sure they don’t go too fast, because a lot of what people do in life, they try to get things taken care of so quickly they’re really not doing a good job. With this, I’m teaching, slow down a little bit and do the best job possible.”

The two stopped by the gardens one Saturday about two years ago, not knowing about the bonsai event. Now, they are regular visitors with several bonsai growing on the deck of their Marietta home.

“We came here one day, we get up on a Saturday morning wanting to kick off the weekend with something fun, so we came here, and by luck, it was the second Saturday of the month, and we came back here and all these people were out and they were doing this, and it was such fun — who wouldn’t want to develop a living work of art?”

Ed Van Herik, a part-time teacher and PhD student, said they still consider themselves amateurs and are only beginning to reap the benefits of the work they put into their trees two years ago.

“There’s no instant gratification in this,” he said. “In a society where we’re all very fast-paced, we’ve all got deadlines, we’ve all got things we want to do, this is not something that’s deadline-driven in quite that way. So it’s a nice antidote to spending way too much time focused on the clock, on a list of tasks.”

As the Van Heriks spoke with the MDJ, they were combing through the needles of a bonsai and pulling out dead ones alongside Joe Mayes, who lives in Sandy Springs and works for Kaiser Permanente. Mayes said it was his first time ever working with a bonsai tree.

“They put me right to work taking some dead needles off a tree, so that’s really exciting,” he said. “I didn’t think I’d be able to actually touch one of the trees yet because I know how much work does go into these.”

Mayes said the house where he grew up always had a big vegetable garden, but his place now doesn’t have the room, so he’s looking at bonsai as a potential way to get back to planting.

Clemons said at Smith-Gilbert Gardens’ study sessions, first-timers like Mayes can get their hands on some really beautiful trees, giving them a good idea of what they’re working toward.

He said the first step for beginners should be to find a teacher, someone who can give them advice about tools, temperature, insects, fungus and all manner of potential bonsai complications.

“When you’re getting into bonsai, I think it’s important to go look at some trees and then decide who your mentor is going to be,” he said.

Smith-Gilbert Gardens’ regular bonsai exhibit is set to reopen for the spring April 11, and the bonsai study group runs from 9 a.m. to 4 p.m. year-round on the second Saturday of every month.