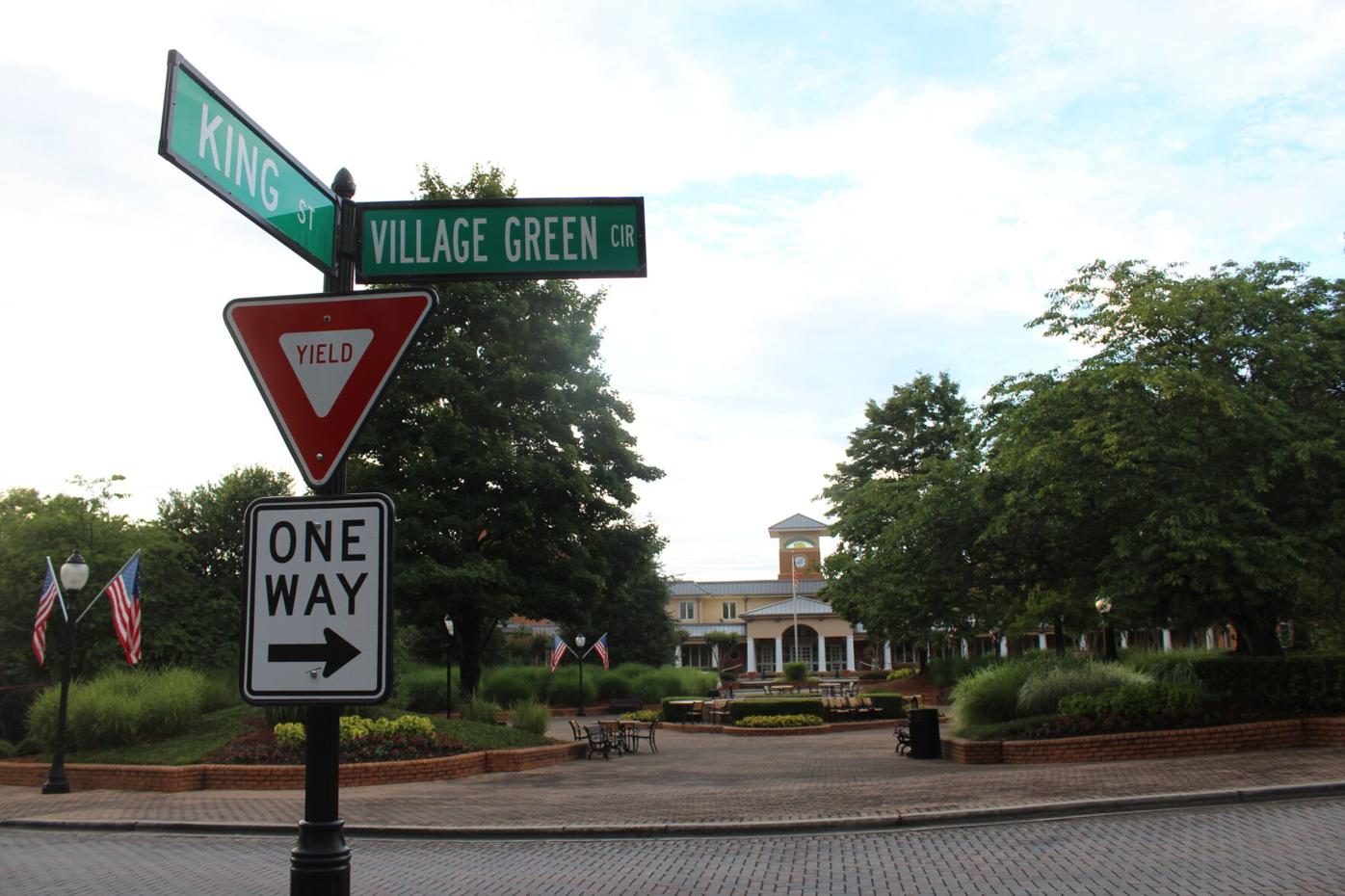 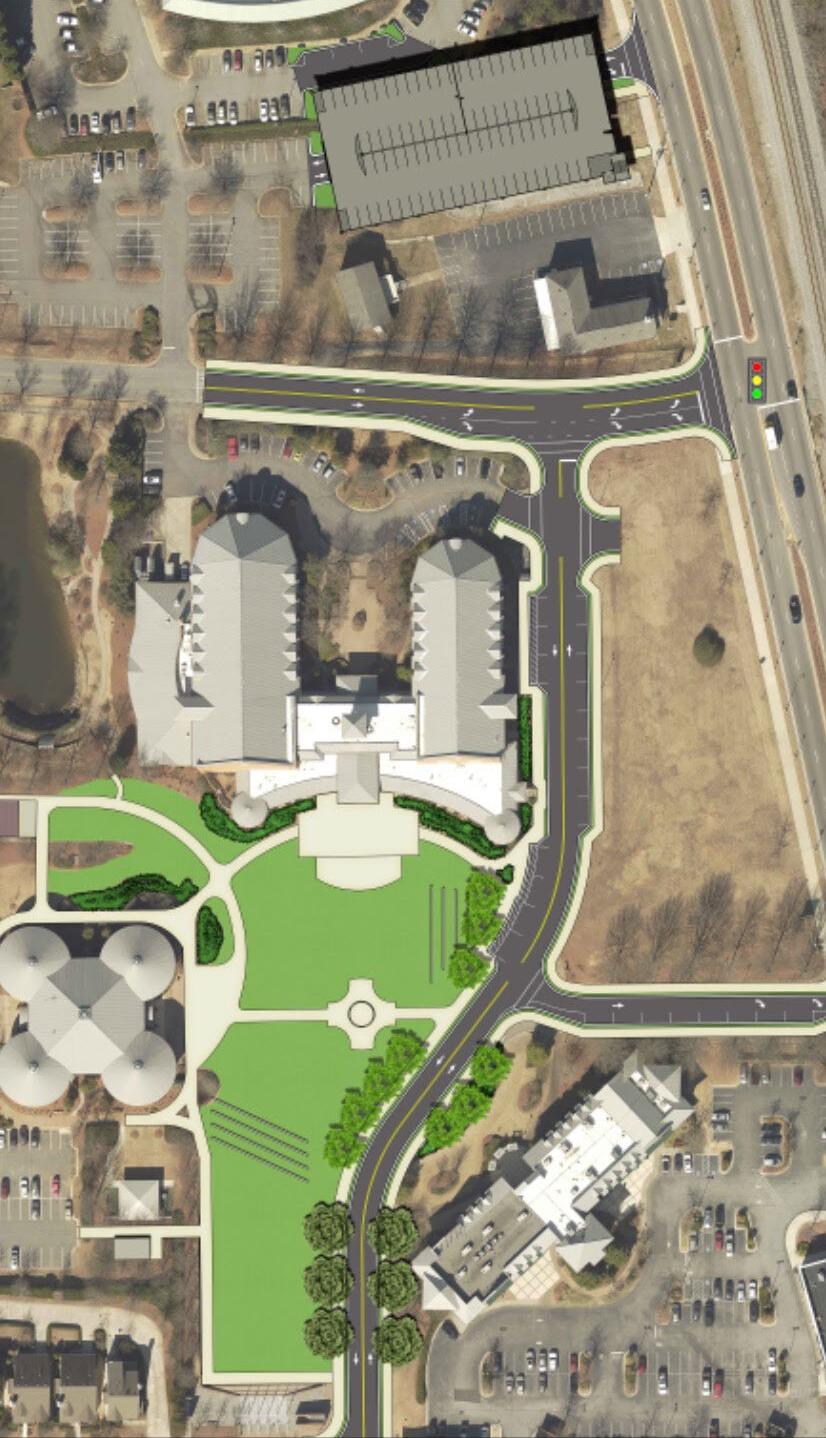 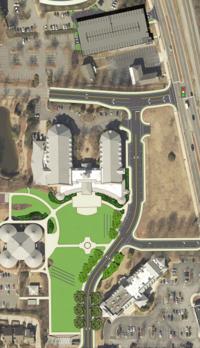 A redesign of Smyrna’s downtown area would remove the roundabout and fountain between the city’s library and community center. 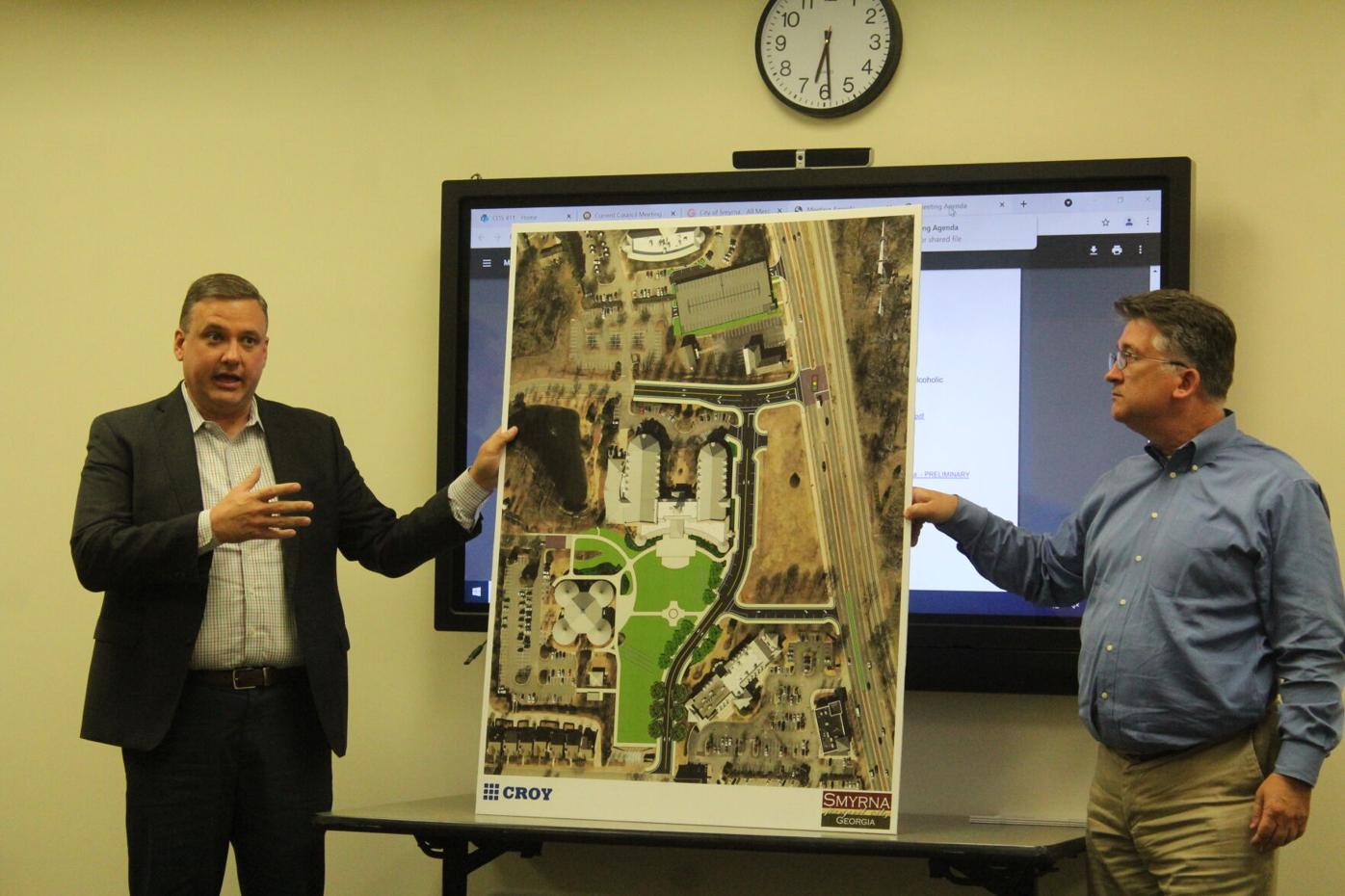 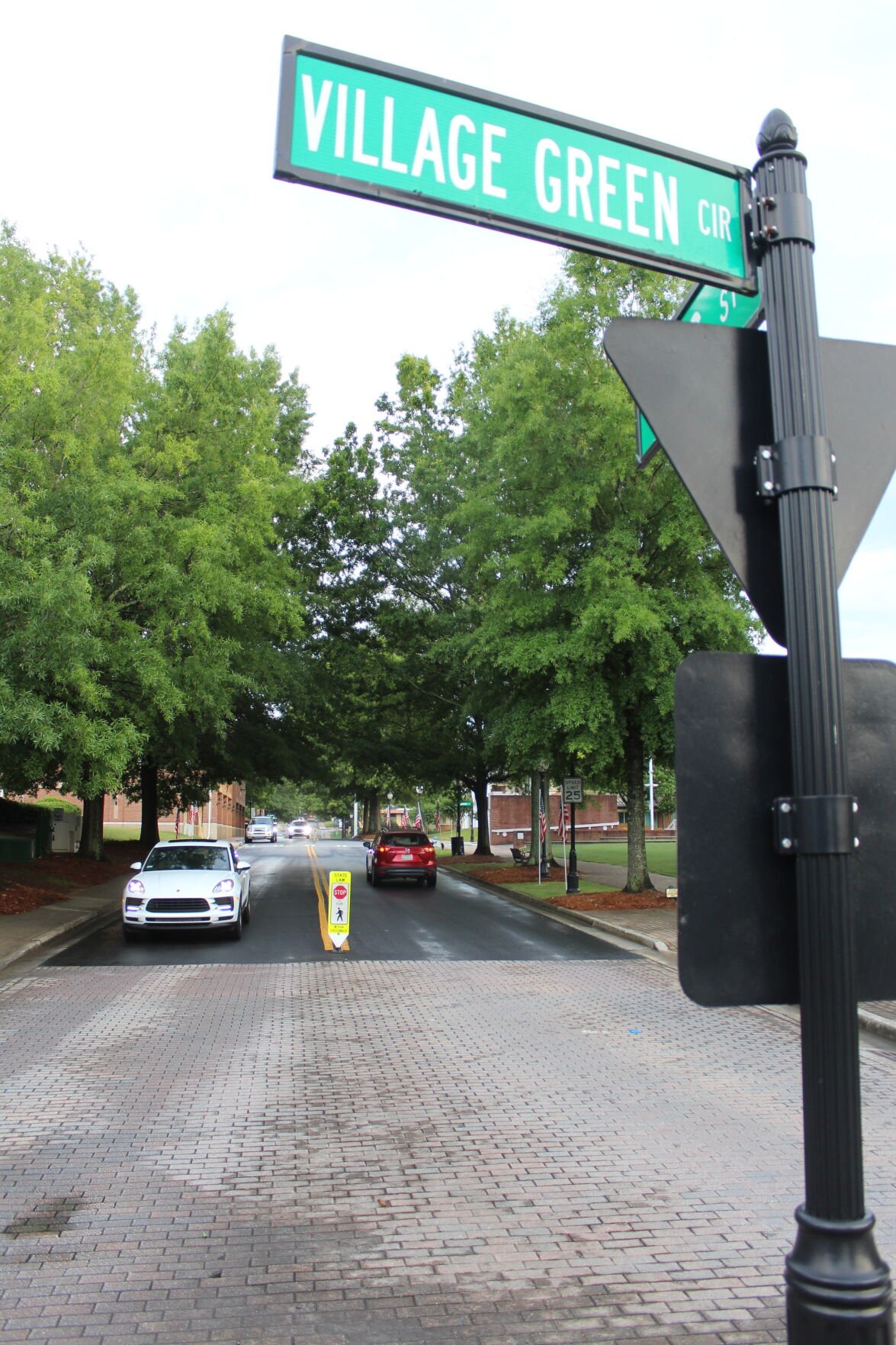 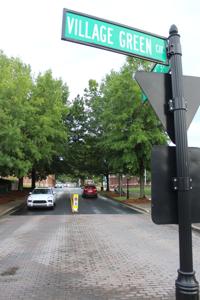 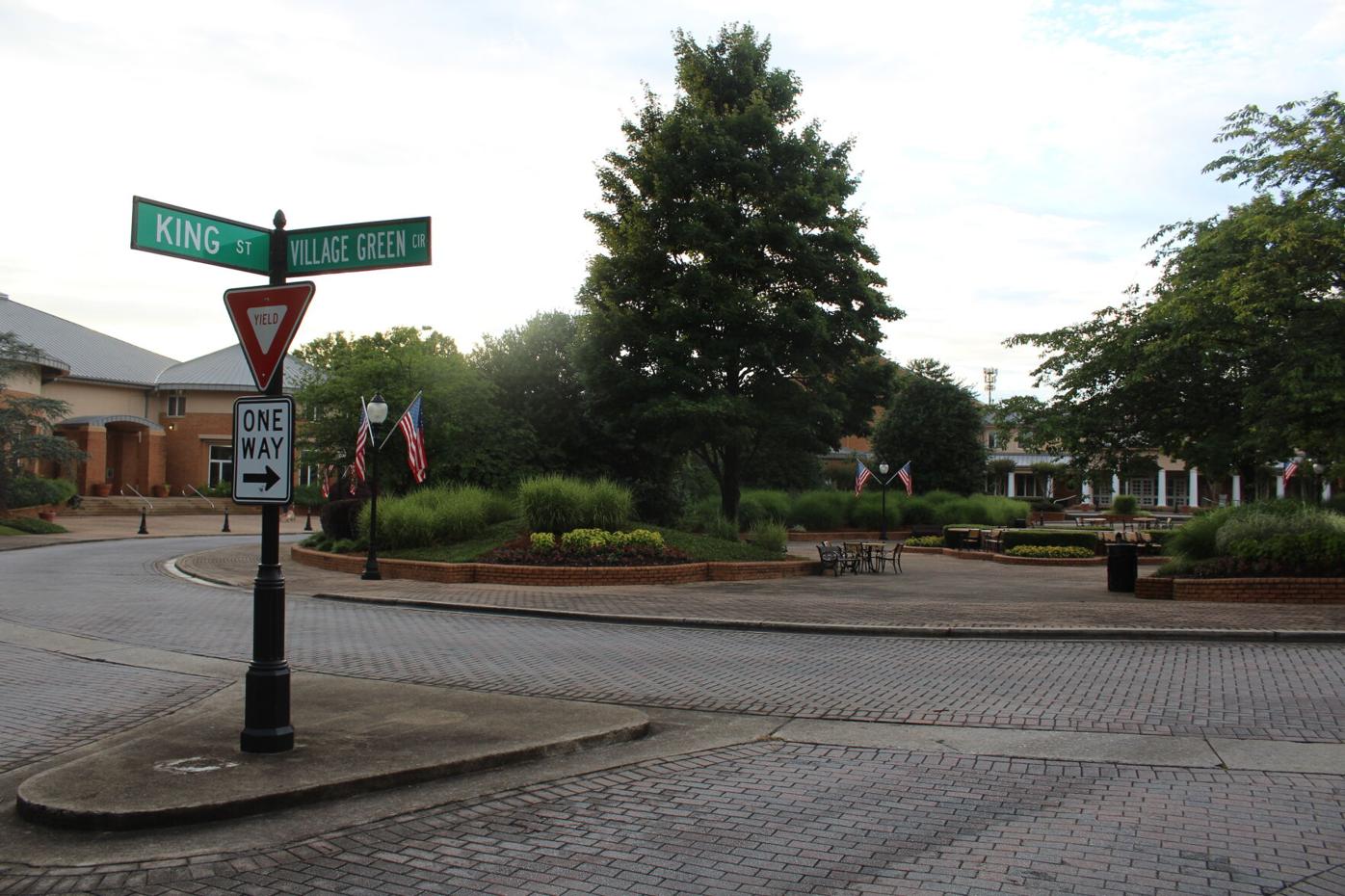 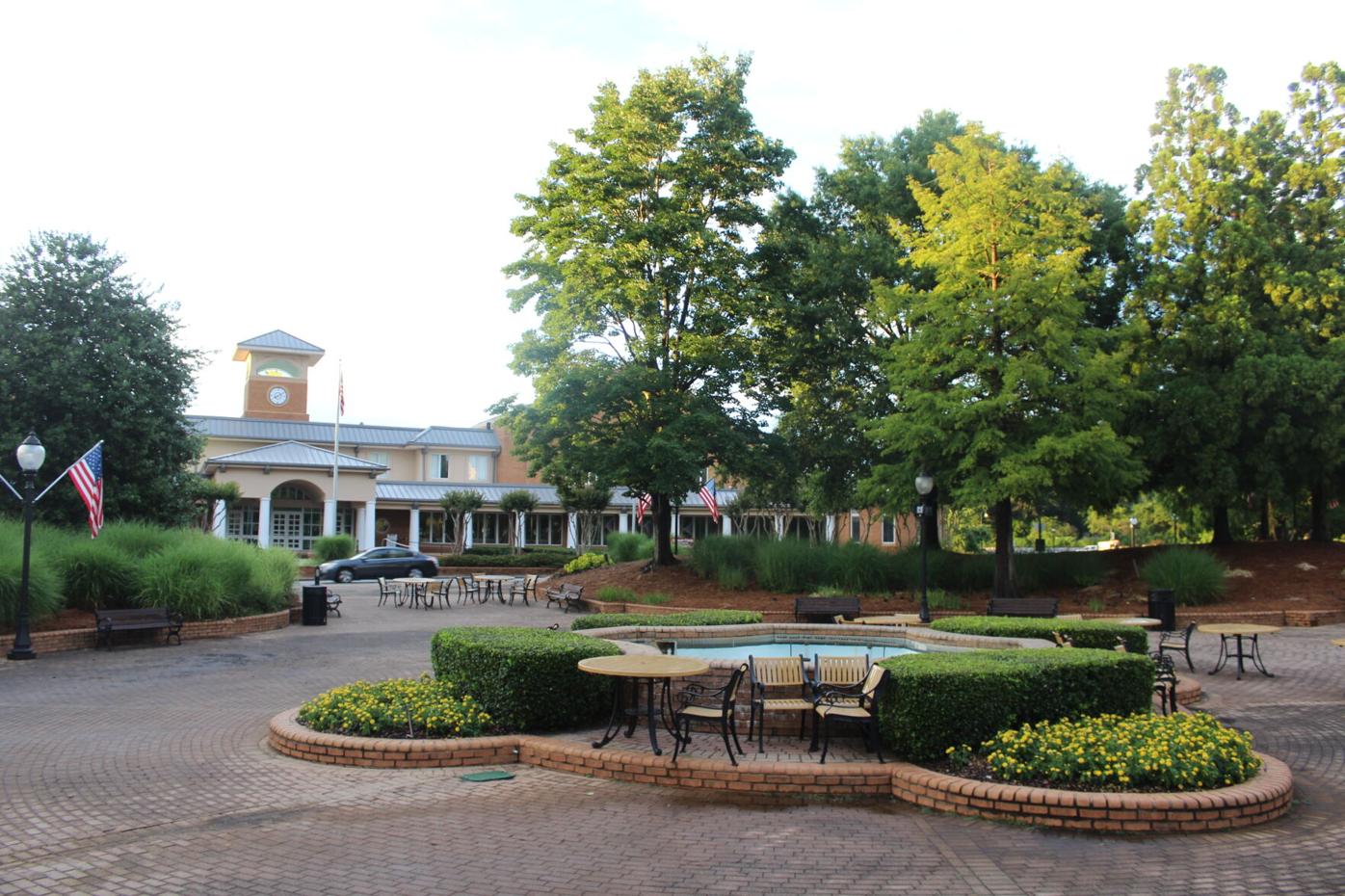 A redesign of Smyrna’s downtown area would remove the roundabout and fountain between the city’s library and community center.

SMYRNA — Suwanee has a town center. Marietta does, too. Now, Smyrna, which is nipping at Marietta’s heels for the title of Cobb’s most populous city, will consider an overhaul of its downtown that could give it a proper gathering place for city residents, according to Councilman Tim Gould.

Members of Smyrna City Council agreed Thursday to organize two public hearings on the proposed redevelopment, which would replace the fountain and roundabout in front of the city’s library with a green space and splash pad.

In addition, Mayor Derek Norton has proposed selling a patch of land between the community center and Atlanta Road to Suwanee’s StillFire Brewing for a three-level brewery and using the proceeds to create a public park beside it featuring a playground and dog park.

“We don’t really have a good large central area for congregating,” Gould said. “So this gives us that — just a really large area that’s … well-connected. I think it’s pretty cool.”

The redesign would build on the efforts of Norton’s predecessor, longtime Mayor Max Bacon, who has been credited with breathing new life into the area. Bacon pushed for the construction of the roundabout, library and community center in the 1990s, and townhomes and restaurants have since sprouted around it.

The first public hearing will be Tuesday at 5:30 p.m. The second will be a week later, though an exact date and time have not yet been decided.

The redesign is entirely funded by revenue from the special-purpose local option sales tax county voters approved in November, which will take effect Jan. 1, 2022. The green space will cost roughly $2.5 million and a nearby parking deck almost $4 million, according to Norton.

If construction were to begin at the end of October this year, engineers estimate it could be completed by August 2022 — just in time for the city’s 150th birthday, Norton said.

A majority of City Council members expressed support for the proposed redevelopment, details of which were shared by Croy Engineering President Gregory Teague and his colleague Wayne McGary at a work session Thursday evening.

Council members Susan Wilkinson and Charles Welch were the only members to say they would not support the redesign as presented by Croy Thursday evening, saying the removal of the roundabout would inconvenience city residents who live west of the library and use the roundabout to access Atlanta Road.

“My dislike for it is simply based on traffic flow. I like the green space, I like pedestrians,” Welch said. “I just think from a traffic flow standpoint, we’re going back, and maybe (it’s) because I’m old and I drive my car all the time.”

“I love pedestrian-friendly. I think we should be widening and connecting all the trails,” she said. “But I also think that there are people who have to get in and out to work every day.”

She said there was also utility in having a hard surface with tables and chairs in the downtown area and expressed a fondness for the fountain.

“People get their pictures made at the fountain all the time,” Wilkinson said.

“There’s also people that swim in it when there’s water, too,” Norton retorted.

Councilman Travis Lindley called the fountain and roundabout “relic(s) of the ’90s” and took issue with his colleagues’ opposition, noting the previous administration had commissioned a study that considered possible ways to redevelop the area. That study, Norton said, had gathered input from more than 600 residents over seven meetings.

“You commissioned this study, which we understand has 700 people buying into it, there’s been a lot of communication on it, and now, we don’t want to listen to what the findings are?” Lindley asked.

Councilman Lewis Wheaton said the proposal was a good one.

Councilman Austin Wagner supported the changes but said they do not go far enough in prioritizing pedestrian access and safety. The council, he continued, should do as much as it can to push vehicle traffic out of the downtown area.

“My opinion would be to go even further … where it’s basically that cobblestone-type (road) where it’s pedestrian-first, where its focused on people walking and cycling first,” he said. “Cars can still access it but they’ve got to yield to everyone else coming across.”

Norton hailed the redesign as a win for pedestrians. During his presentation before the council, Teague, of Croy Engineering, said the redesign would create a contiguous green space between the city’s veterans’ memorial and the arboretum beside the community center, an underused “hidden gem.”

He also detailed changes that would affect drivers, including a stoplight at the intersection of Powder Springs Street and Atlanta Road and a parking deck beside the Smyrna Police Department headquarters.

The intersection of Powder Springs Street and Atlanta Road is dangerous, Teague said. In addition to a traffic light, Croy is considering raising the intersection, “like a higher-speed extended speed table” in order to slow down motorists prone to speeding along Atlanta Road.

Before Thursday’s meeting, Norton spent an hour in downtown, asking passersby what they thought of the plan, he said.

“I haven’t had one person tell me that this is not a good idea.”

Norton, wary of the perception that city leaders have invested in downtown at the expense of other areas, said the project was just one of several that will be funded by the 2022 SPLOST in the coming years.

That area needs no immediate attention, compared to the dire needs of your long neglected, much more traveled corridor of South Cobb Drive. If your fountain & roundabout are “relics of the 90’s”, how then would you describe the scenery along South Cobb Dr, specifically from Concord Rd to Pat Mell Rd ....... ? Relics of pre-historic times?

'There is nothing like a strong woman': 'Sheroes' honored at annual breakfast