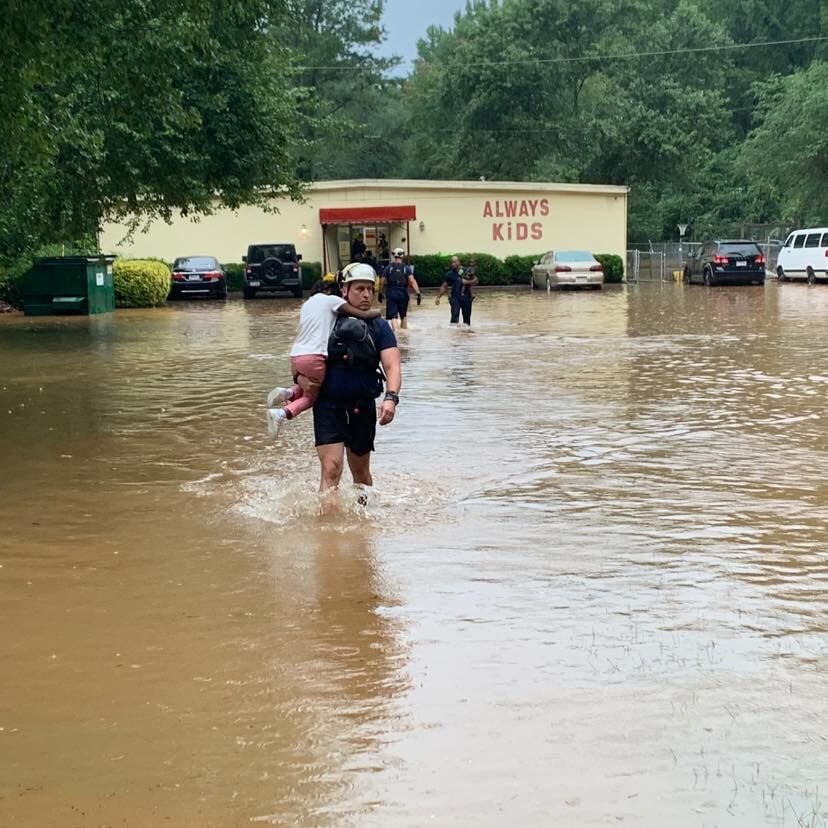 A Cobb firefighter carries a kid from the Always Kids Child Care Center in Austell Thursday. 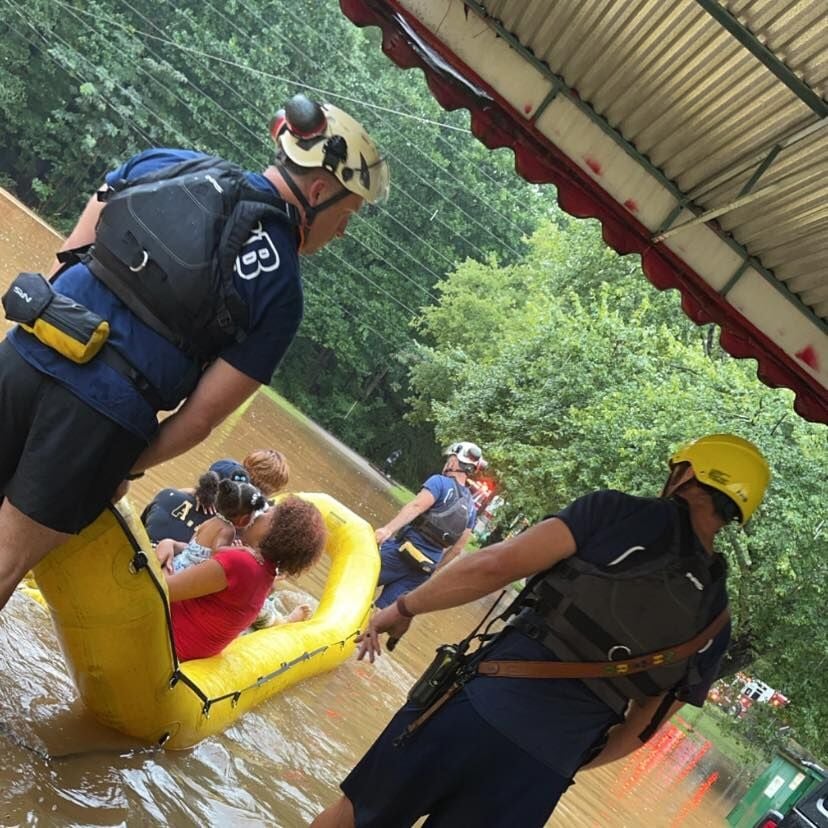 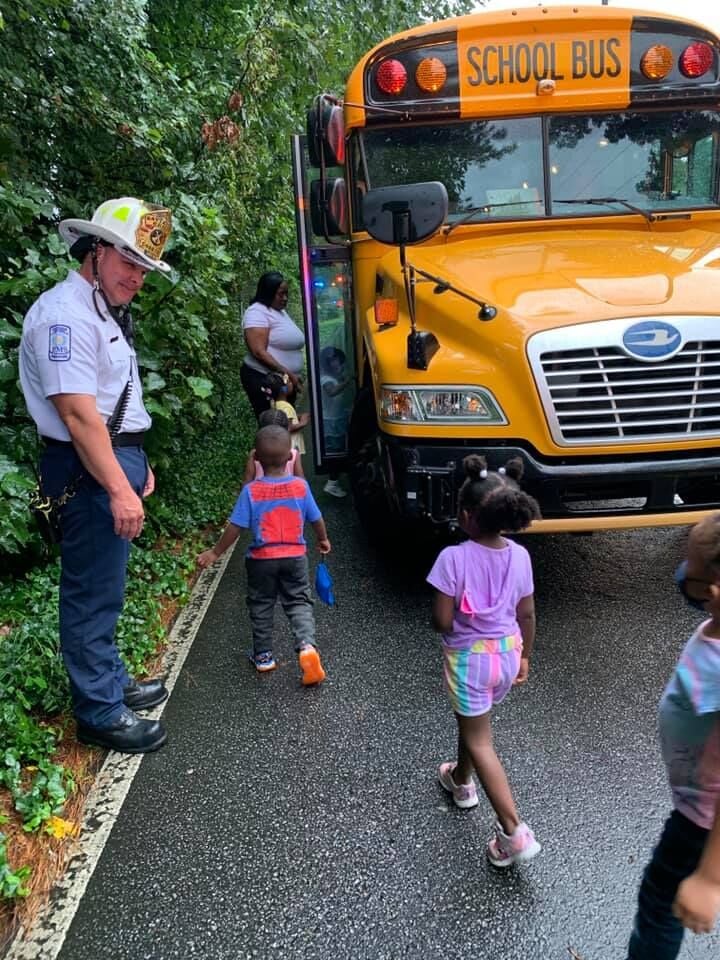 Kids at the Always Kids Child Care Center in Austell were brought to Sanders Elementary School Thursday after it flooded.

A Cobb firefighter carries a kid from the Always Kids Child Care Center in Austell Thursday.

Kids at the Always Kids Child Care Center in Austell were brought to Sanders Elementary School Thursday after it flooded.

During a week that had already seen substantial rainfall, another spell of heavy rain proved too much for a storm culvert, according to Cobb Fire spokesperson Nick Danz.

The culvert overflowed, and an area just east of Sanders Elementary School, at the intersection of Anderson Mill Road and Brookwood Drive, began to flood.

“The call we got was that there was rapidly moving water, quickly rising, overcoming the daycare,” Danz said. “By the time we got there, there were areas that were waist deep in water.”

All told, 27 children and four adults had become stranded at the Always Kids Child Care Center. When Cobb Fire personnel arrived, they brought everyone to Sanders Elementary.

As of 6 p.m., most of the children who had been at Always Kids had already been picked up by their parents, Danz said. And, although water in the area had begun to recede, the intersection of Anderson Mill Road and Brookwood Drive had been barricaded in anticipation of another two inches of rain, he added.

Hoping to avoid more scenarios like the one that unfolded Thursdayat Always Kids, Danz had a word of warning for people traveling in Cobb this week: if a road has been flooded and you can’t tell how deep the water is, don’t cross it.