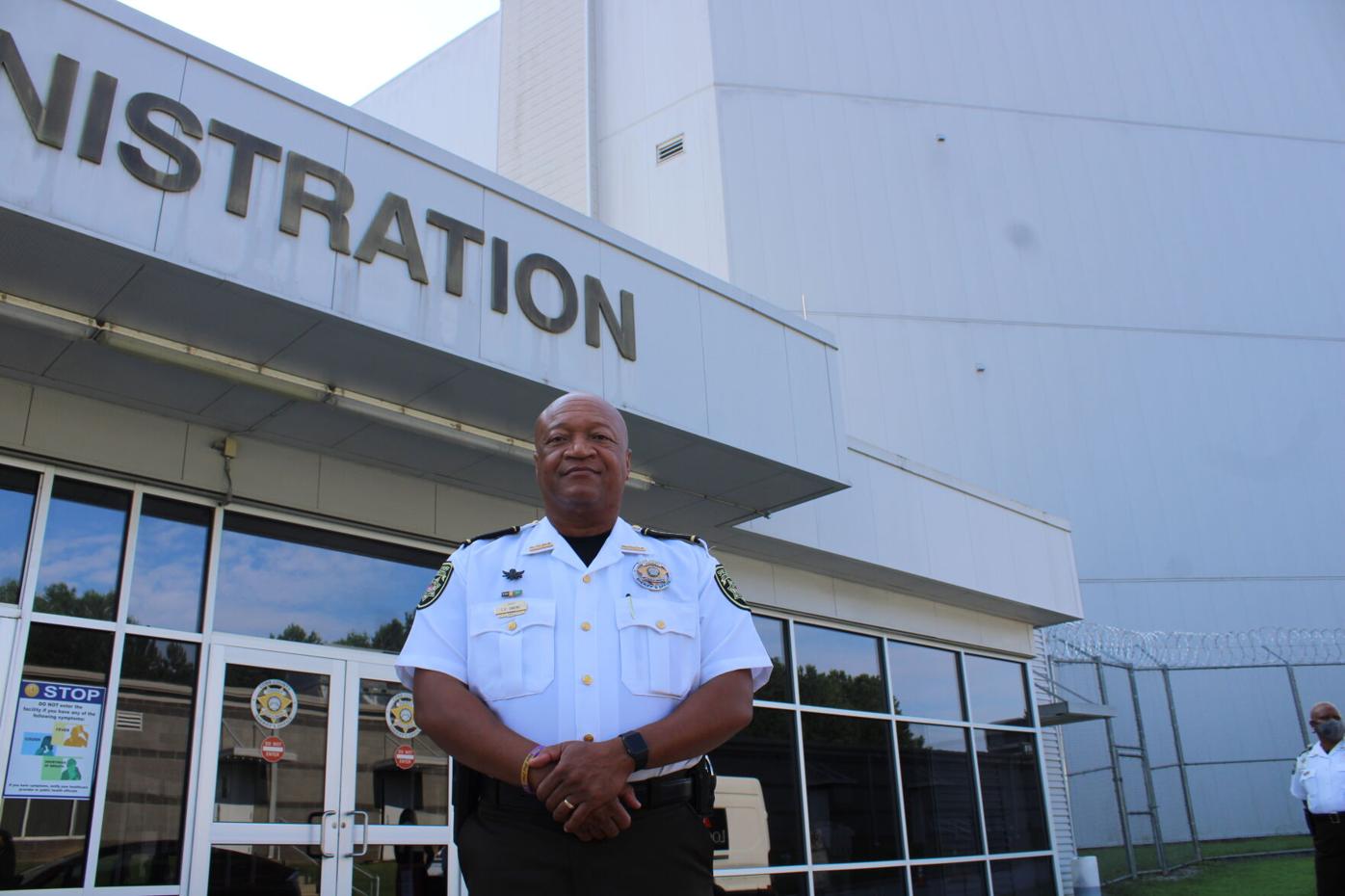 Cobb Sheriff Craig Owens stands outside the Cobb County Adult Detention Center Thursday morning. The detention center is among the primary responsibilities of the sheriff’s office. 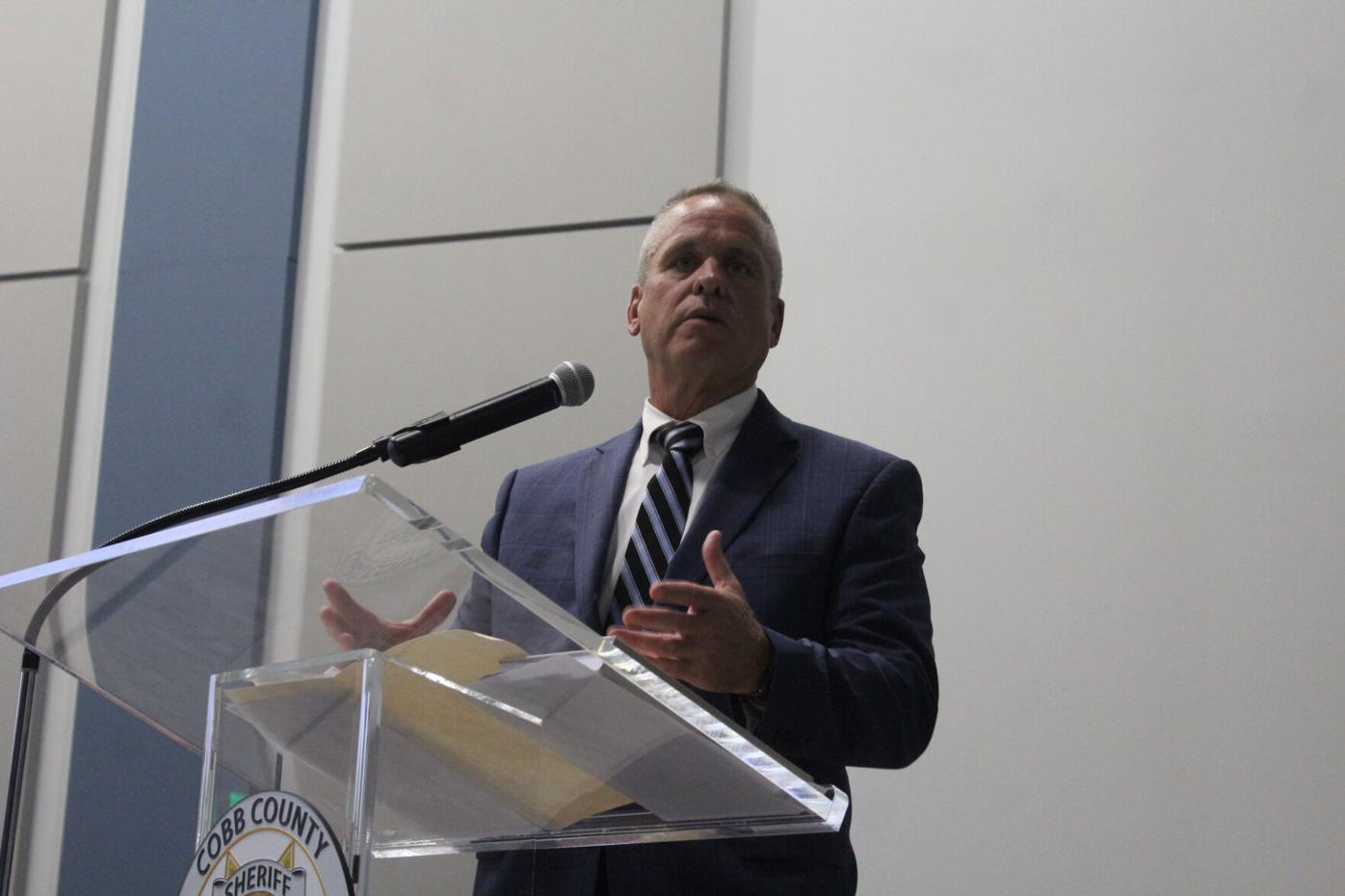 Cobb Sheriff Craig Owens stands outside the Cobb County Adult Detention Center Thursday morning. The detention center is among the primary responsibilities of the sheriff’s office.

AUSTELL — The Cobb County Adult Detention Center is well-run and its inmates are well-treated, an auditor has found.

The jail is run by the Cobb County Sheriff’s Office. Cobb Sheriff Craig Owens requested the audit shortly after taking office Jan. 1. His predecessor, Neil Warren, came under fire in late 2019 after a series of deaths at the detention center, and management of the facility became the key issue in the run-up to November’s election.

Speaking during the second of Owens’ quarterly reports Wednesday evening at the Cobb Public Safety Training Center, Jack Ryan, co-director at the Legal and Liability Risk Management Institute, recommended the sheriff’s office upgrade outdated security cameras at the jail and train deputies to better recognize medical emergencies among inmates there, among other things.

By and large, however, Ryan found no glaring problems after visiting the jail and reviewing requested documents and videos. “Gotcha” tactics his firm uses during audits to determine whether employees are cutting corners yielded nothing, he said.

Beginning his presentation, Ryan lauded Owens’ “proactive” decision to have an auditor review the detention center’s policies and procedures.

“In many cases, you know, in these audits, we’re called in after the fact. I really love to do an audit that doesn’t come on the heels of a major problem,” he said. “I love it when a sheriff has the foresight to say, you know, I want to take a look at the way we’re doing things, and compare that to … best practices.”

Speaking after Wednesday night’s event, Ryan said he was familiar with the controversy that began during Warren’s tenure. Six inmates at the detention center died in 2019, and the state chapter of the ACLU, local activists and former inmates blamed Warren’s management of the facility, as did then-candidate Owens, a major at the Cobb police department.

Asked why he’d given a passing grade to a facility so recently mired in controversy, Ryan credited the recent change in leadership.

Before his ouster, Warren had argued deaths under his watch could not have been avoided, and were an inevitable, if unfortunate, fact of housing a population with such rates of illness and drug addiction.

Ryan conceded that is indeed true — to a degree.

“What we have to do is, we have to try to find ways to diminish that, and that’s exactly what the sheriff is trying to do,” he said.

Two inmates at the detention center have died in Owens’ first eight months in office. One was ruled a suicide. The other is still under investigation, Owens said Wednesday.

Ryan, an attorney and former law enforcement officer often called to trials to serve as an expert witness on best practices, said the idea for his audit of the detention center began at a school for newly-elected Georgia sheriffs, which Owens attended after his victory last November.

“Although I knew Sheriff Owens before that time, he and I got together this past year at the new sheriffs school, and we talked about a lot of best practices,” Ryan recalled. Owens spent his downtime there “kind of picking my brain about what I’m seeing around the country and different areas where improvements need to be made. And I think that is what fostered the idea of our group coming into Cobb County to take a look at operations, to take a look at policies, to take a look at training.”