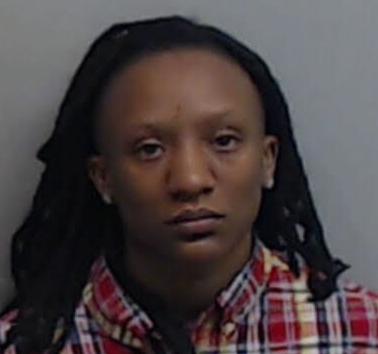 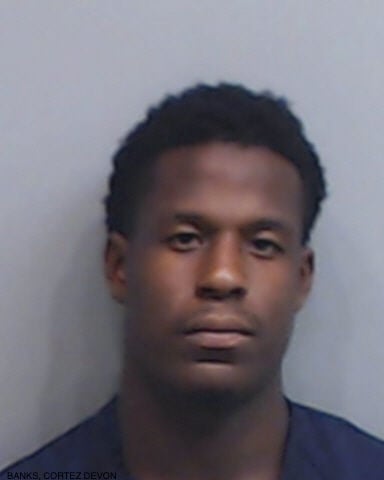 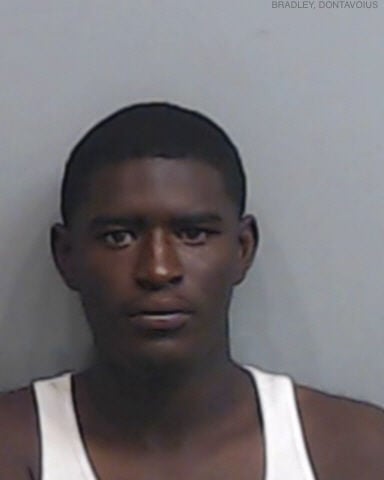 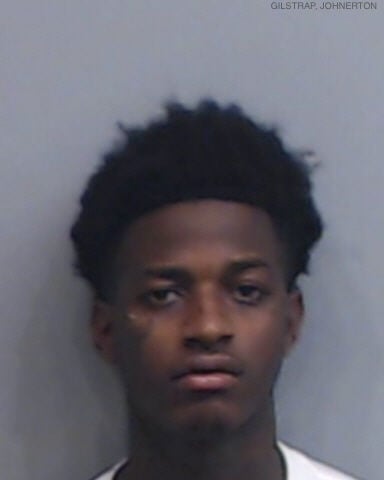 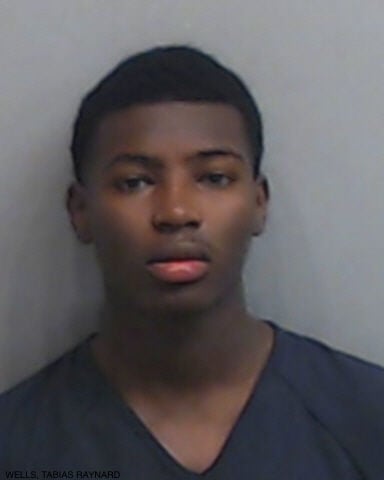 Kamiyah LaShae Street, 19, of Atlanta, is one of five people indicted in Fulton County in relation to the death of 21-year-old Powder Springs man Nashiem Necoy Hubbard-Etienne at the Heritage Station Apartments in southwest Atlanta on July 16.

Hubbard-Etienne was reportedly pursuing a degree at Georgia State University and wanted to become an entrepreneur.

All but one of the five defendants are now in the Fulton jail without bond, the Fulton County Sheriff’s Office confirmed Monday.

Brantley is still at large, wanted on eight charges in relation to the shooting.

Documents show Street, a former star point guard for the Kennesaw State University Owls, lived on Crestwell Circle in west Atlanta, just a couple of miles from the homes of her co-defendants.

Banks lived at the Fairburn Townhouses on Fairburn Road, and both Gilstrap and Wells lived in separate apartments at the Providence at Cascade complex less than half a mile down the street.

Court and police records don’t state how the five defendants know each other, but indicate that the shooting started off as a robbery attempt.

Police said the five defendants “approached and shot at” Hubbard-Etienne in the parking deck of the apartment complex with the intent of stealing money from him at 1:30 a.m. on July 16.

“Upon arrival, units located a black male shot in the groin area,” the Atlanta police incident report states. “The male was pronounced deceased by Grady EMS.”

Gilstrap’s arrest warrant states he and three other males were driven to the incident location where they confronted Hubbard-Etienne and another man.

“Said accused and the other males shot Hubbard-Etienne causing his death,” the warrant states.

According to the indictment, the other man with Hubbard-Etienne was shot at but not hit.

Atlanta Police Sgt. John Chafee said it appeared Hubbard-Etienne was the victim of a targeted shooting.

Banks, Gilstrap, Wells and Brantley were identified as suspects within a month of the shooting, Chafee told the MDJ Monday.

“The decision to charge Kamiyah Street was made by the Fulton County District Attorney’s Office,” he said.

Fulton DA Paul Howard Jr. issued a statement Monday in relation to this, stating Street was identified on surveillance video captured during the shooting.

“Upon questioning, Street admitted her presence and participation in the death of Hubbard-Etienne,” Howard Jr. said Monday. “Police recognized that some form of immunity would be necessary, in this matter, if Street was to serve as a witness for the state.”

The Fulton DA’s office received Street’s case as a “vital witness” from Atlanta police, and ultimately determined she was culpable in Hubbard-Etienne’s death.

“She was subsequently indicted for felony murder,” Howard Jr. said.

The indictment in the case shows all five defendants are jointly charged with murder, three counts of felony murder, criminal attempt to commit armed robbery, two counts of aggravated assault with a deadly weapon, and possession of a firearm during a felony.

In addition to these eight charges, Banks also faces another felony murder charge and one count of possessing a firearm as a “first offender probationer,” or 10 charges in total.

Gilstrap faces two additional counts of felony murder and two other charges of possessing a firearm as a convicted felon, or 12 charges in total.

The court and police records do not indicate whether all five defendants fired at and hit Hubbard-Etienne, or whether only one actually shot him.

Flanagan said Wells was arrested and booked into the Fulton jail on July 26, and is next due to appear in court before Judge Schwall on Feb 27.

Gilstrap was apprehended and taken into custody on Aug. 12. His next court hearing is also scheduled for 9:30 a.m. on Feb. 27.

Street turned herself in and was booked into jail on Nov. 21. Her plea and arraignment hearing is scheduled before Judge Schwall at 9:30 a.m. on Dec. 13.

Banks was the subject of a July 18 arrest warrant, was apprehended by police on July 21 and has been in custody at the Fulton jail since July 22, records show.

All five defendants were indicted by a Fulton Superior Court grand jury on Oct. 22.

Street, a junior from Mays High School in Atlanta, was a standout for the women’s KSU basketball team.

Through the first three games of the year she was averaging 17.3 points and 5.3 rebounds per game.

Street was the ASUN Freshman of the Year for the 2017-18 season, but by Saturday she had been removed from KSU’s athletic website.

“We were made aware Thursday evening that Kamiyah Street of the KSU women’s basketball team was arrested and is being held, pending charges,” the Kennesaw State athletic department said in a statement. “The individual has been suspended indefinitely from all women’s basketball team and athletic activities. Neither the university nor the athletic department have any additional information at this time.”

A Roswell man paid a Kennesaw prostitute with money, cigarettes and soda after their date at a central Cobb County hotel, police say.

A large house fire burned for hours near Vinings in southeast Cobb County Monday afternoon, sending a huge plume of smoke into the air.

A 12-year-old girl told her school counselor she has suffered four years of sexual abuse at the hands of a Marietta man, who is now in jail, r…

What is it that ranks Madison as Alabama’s best suburb?

Navy veteran takes to the sky with fellow veterans