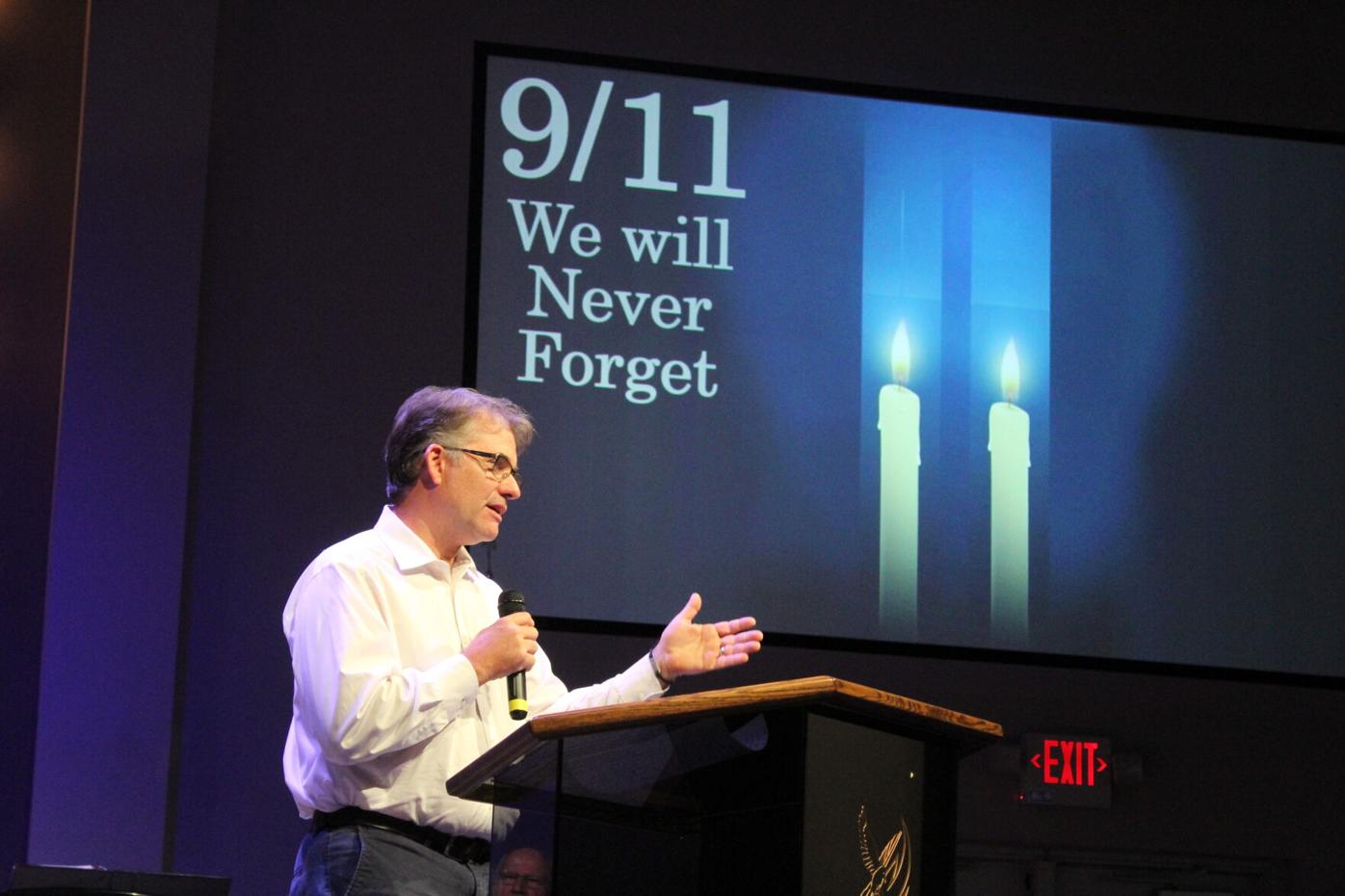 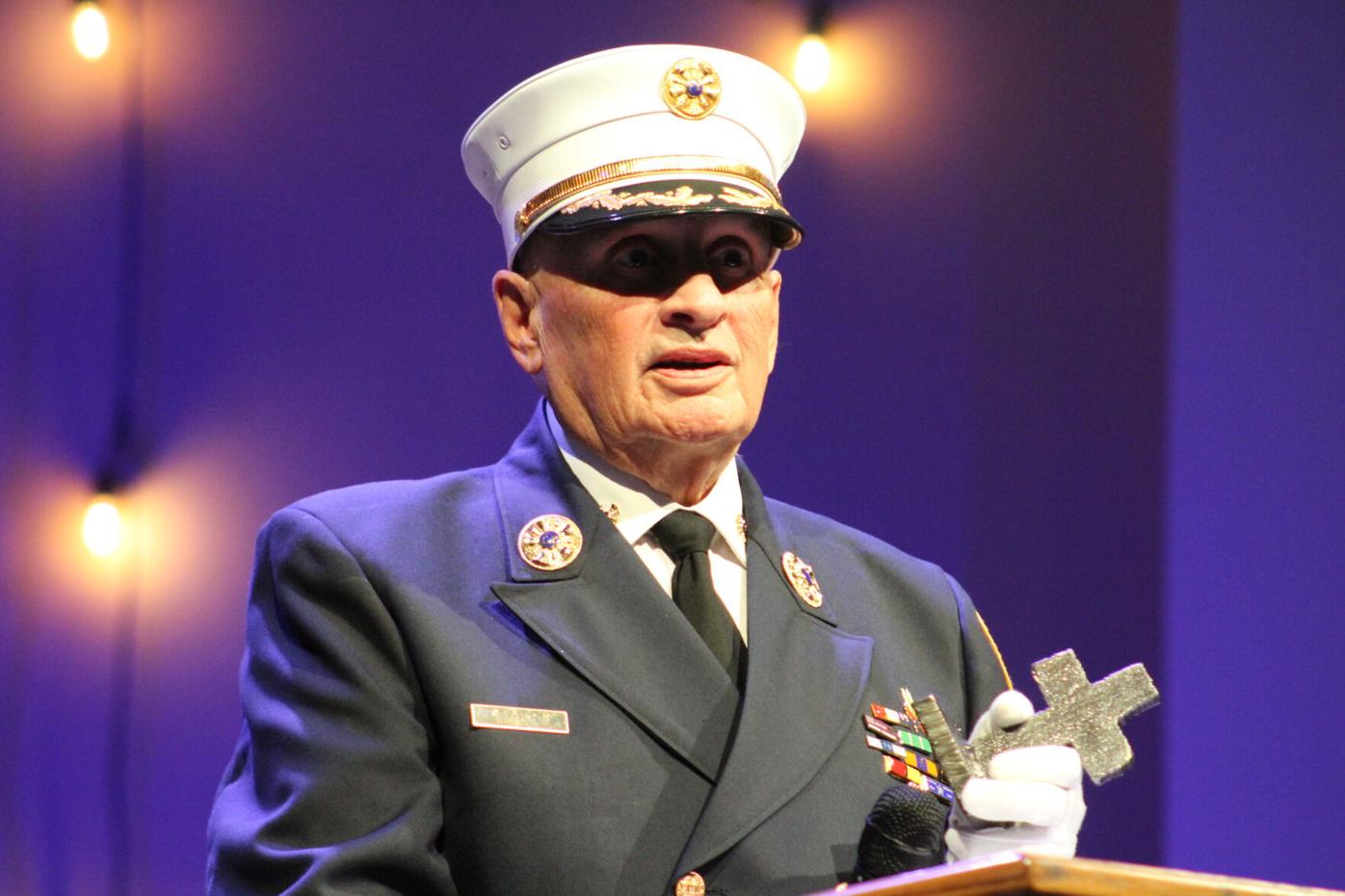 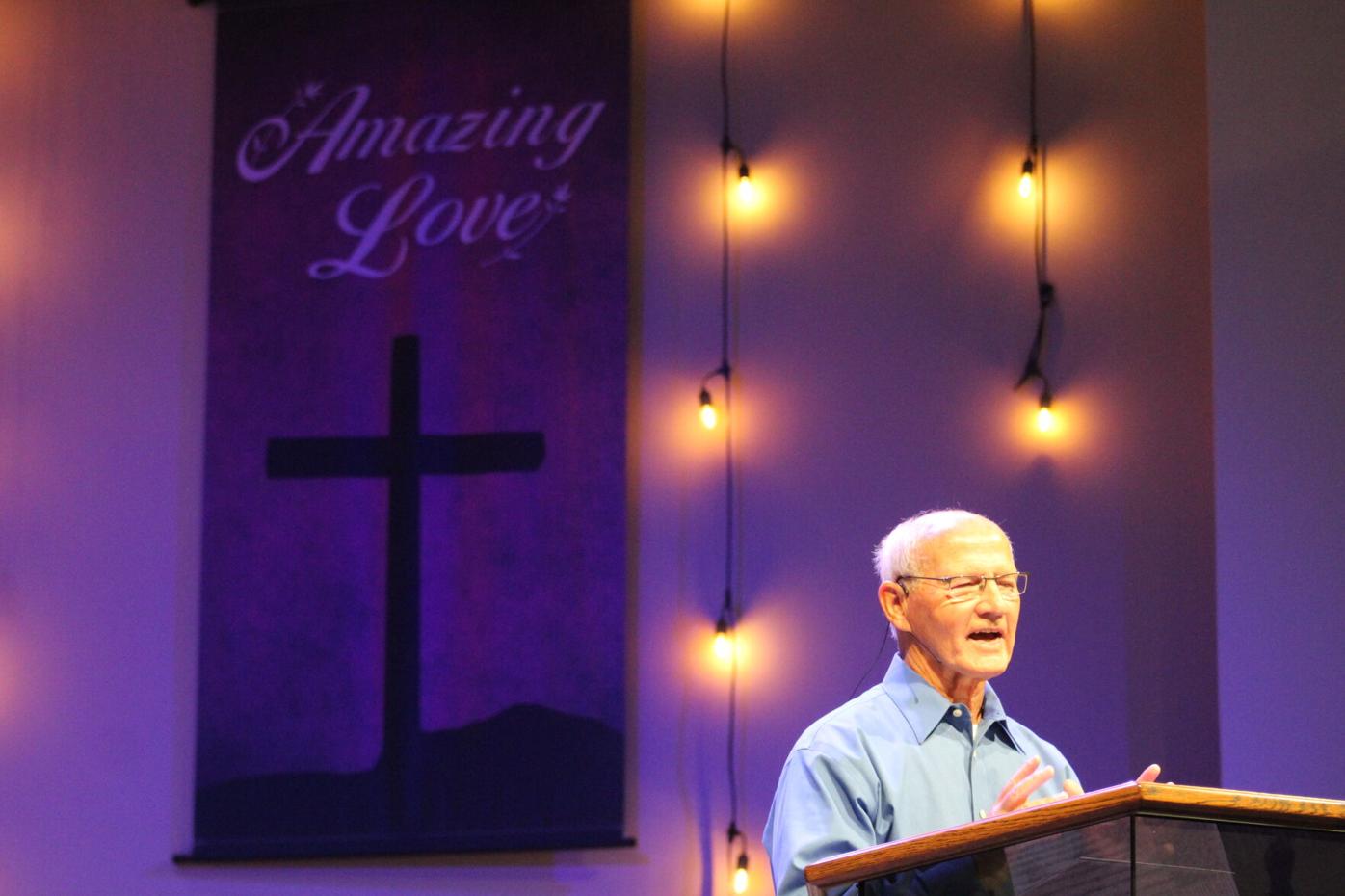 Marietta First Church of the Nazarene Pastor Gerry Carnes said he was pastoring in Illinois on 9/11, and, at a loss for how to respond, threw his church's doors open to the community. That same evening, it was "packed," he recalled.

Marietta First Church of the Nazarene Pastor Gerry Carnes said he was pastoring in Illinois on 9/11, and, at a loss for how to respond, threw his church's doors open to the community. That same evening, it was "packed," he recalled.

WEST COBB — During a special service at a church off Dallas Highway Saturday night, people honored the memory of those killed in the Sept. 11 terrorist attacks and recalled an America transformed by them.

The service began with remarks from Pastor Gerry Carnes and a video montage of the attacks and subsequent collapse of the Twin Towers, set to the song “Where Were You (When The World Stopped Turning)” by Alan Jackson.

“When I watched that video and I see those towers go down, I do get choked up. I cry easier today than I ever did,” Cominoes, clad in his chief’s uniform and carrying a cross cut out of a piece of steel debris from the World Trade Center, said.

Like a fellow retired NYFD firefighter who spoke at the Field of Flags memorial at Kennesaw Mountain earlier that day, Cominoes shared his story of the moment he heard the North Tower had been struck and his rush to respond.

He said the time the North Tower was hit was a shift change at most firehouses in New York, a time when “the brothers stick around and normally have a cup of joe with one another, talk about what happened, you know, the night before, have a little briefing.

“Well, those fellows that had shift change that day, they didn’t go home,” Cominoes said. “They went into the fire. And a lot of them didn’t make it.”

His message to the host of first responders that had dropped by and joined the dozens of congregants already in attendance was simple: “When you leave your house in the morning, embrace your wife and tell her you love her. Raise your children, and tell them you love them. And when you go home at night, do the same thing. Because you never know.”

The United States after that day became a very different place, Frierson recalled.

“For the first time in my entire life, I could look up at the sky and there was not one plane flying,” he said. “I lived in the landing pattern of Dallas International (Airport). I can't imagine what it was like here in Atlanta — without airplanes, you don't have streetlights.”

The grounding of flights only lasted two days, of course. Frierson noted other, more lasting changes.

In the 20 years since, however, the country has become numb to war, he lamented. The murder of George Floyd last year led to calls to “defund the police.” Churches have been the site of mass shootings.

Moments later, Carnes, leading his penultimate service — he retired Sunday after one final service, at age 77 — echoed the sentiment.

The church was packed that night, and in the nights after that.

As the service approached its end, Carnes said he had a simple wish.

“My prayer is that we would be united states and that we could stand strong, as we stood united about an hour ago with our hand over our heart as the national anthem was sung.”