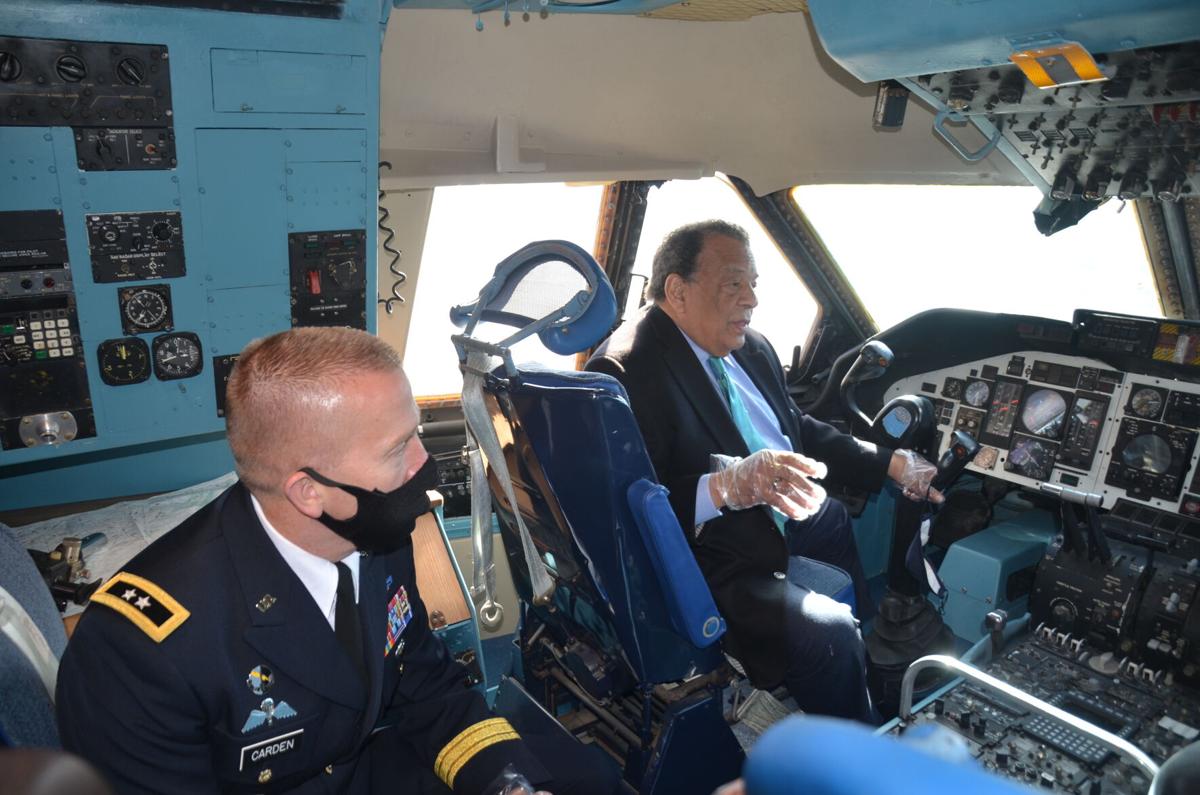 Former U.N. Ambassador Andrew Young sits in the flight deck of the YC-141B along with Maj. Gen. Tom Carden, Adjutant General of the Georgia Dept. of Defense. 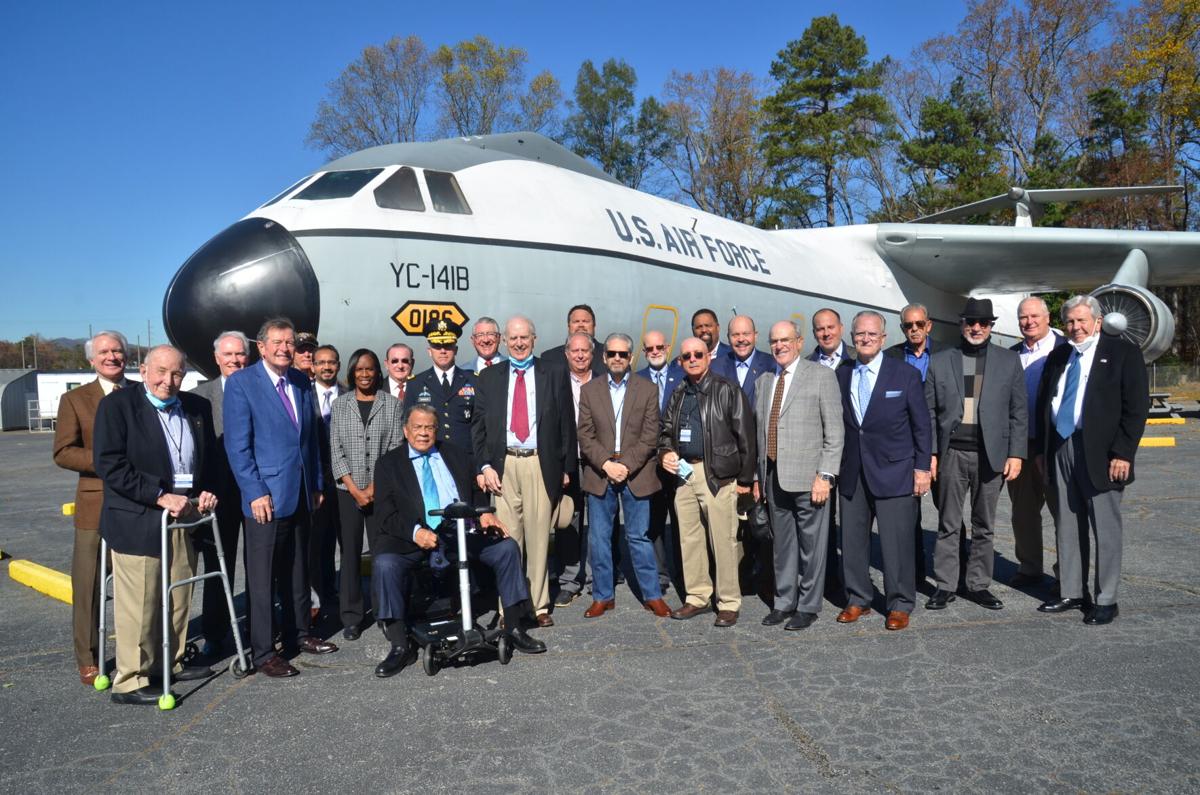 Former U.N. Ambassador Andrew Young (seated) along with C-141 restoration volunteers and other guests pose in front of the StarLifter YC-141B aircraft at the Aviation History and Technology Center in Marietta.

Former U.N. Ambassador Andrew Young sits in the flight deck of the YC-141B along with Maj. Gen. Tom Carden, Adjutant General of the Georgia Dept. of Defense.

Former U.N. Ambassador Andrew Young (seated) along with C-141 restoration volunteers and other guests pose in front of the StarLifter YC-141B aircraft at the Aviation History and Technology Center in Marietta.

MARIETTA — Ambassador Andrew Young was a special guest Wednesday at Marietta’s Aviation Museum as a group of volunteers gathered to celebrate the completion of the restoration of a long-retired Lockheed C-141 aircraft, the museum’s latest addition to its arsenal of aircraft.

The cargo plane was dedicated in front of a large crowd at a ceremony Saturday. Wednesday’s luncheon was a thank-you to the smaller group of a couple dozen volunteers who worked for 13 years to gather the plane’s missing parts and meticulously restore the Starlifter YC-141B.

The museum, otherwise known as the Aviation History & Technology Center, is designed to honor local aviation and military history through education, preservations and events.

Young was a close confidant to Martin Luther King Jr. and later served in Congress and as mayor of Atlanta. He said he flew on many Lockheed aircraft as he traipsed the globe while serving as U.S. Ambassador to the United Nations during the Carter administration.

“Lockheed has always been very close to my heart. I was in the Congress with Buddy (Darden, who also attended Wendesday’s luncheon) and every time our appropriation came up for the … C-141, we always had a delegation there that could make a good case for it. I commend you gentlemen for the work you’ve done here,” Young said.

Want to celebrate Hanukkah? These Atlanta and Sandy Springs synagogues and temples are hosting events