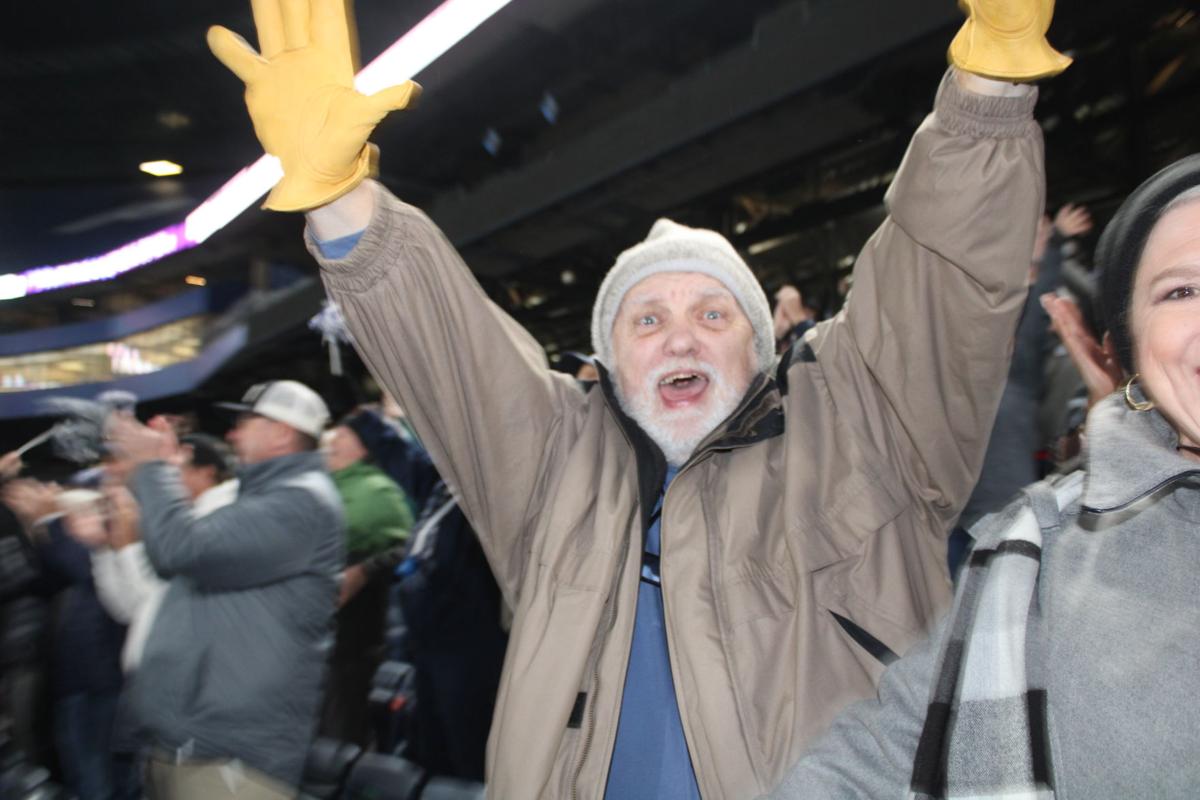 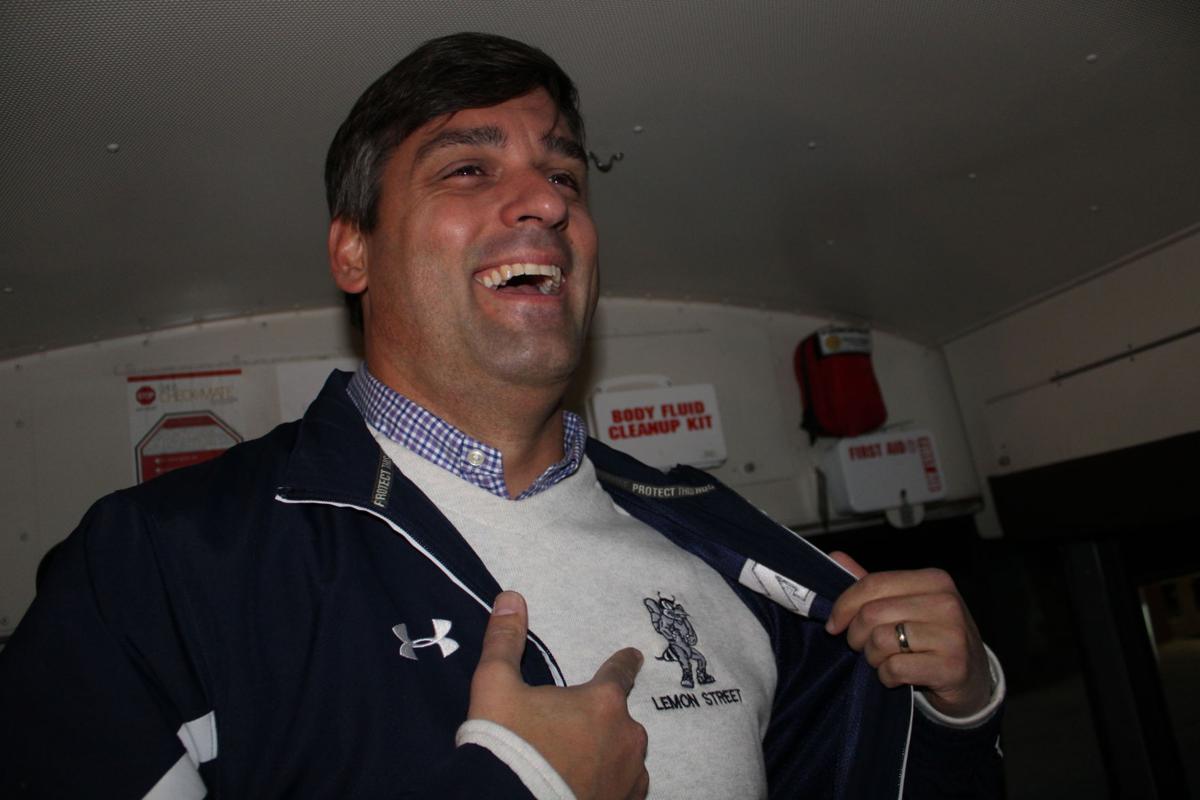 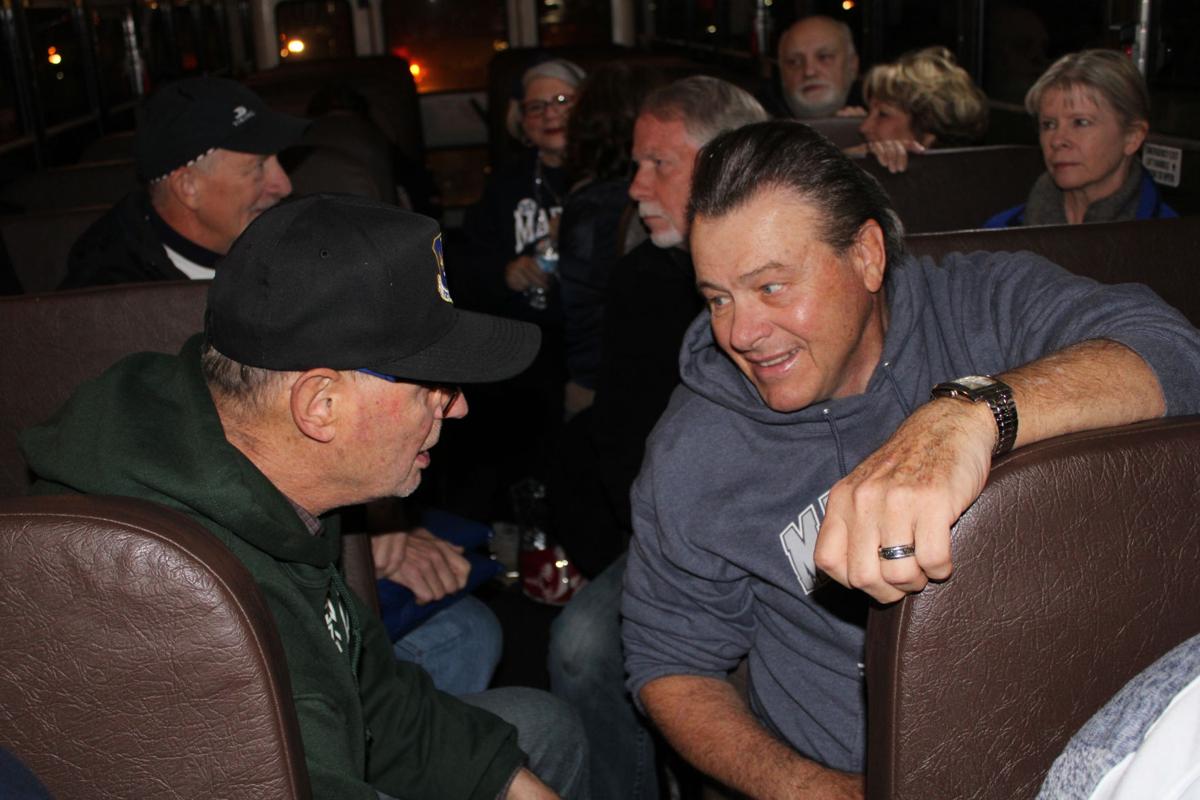 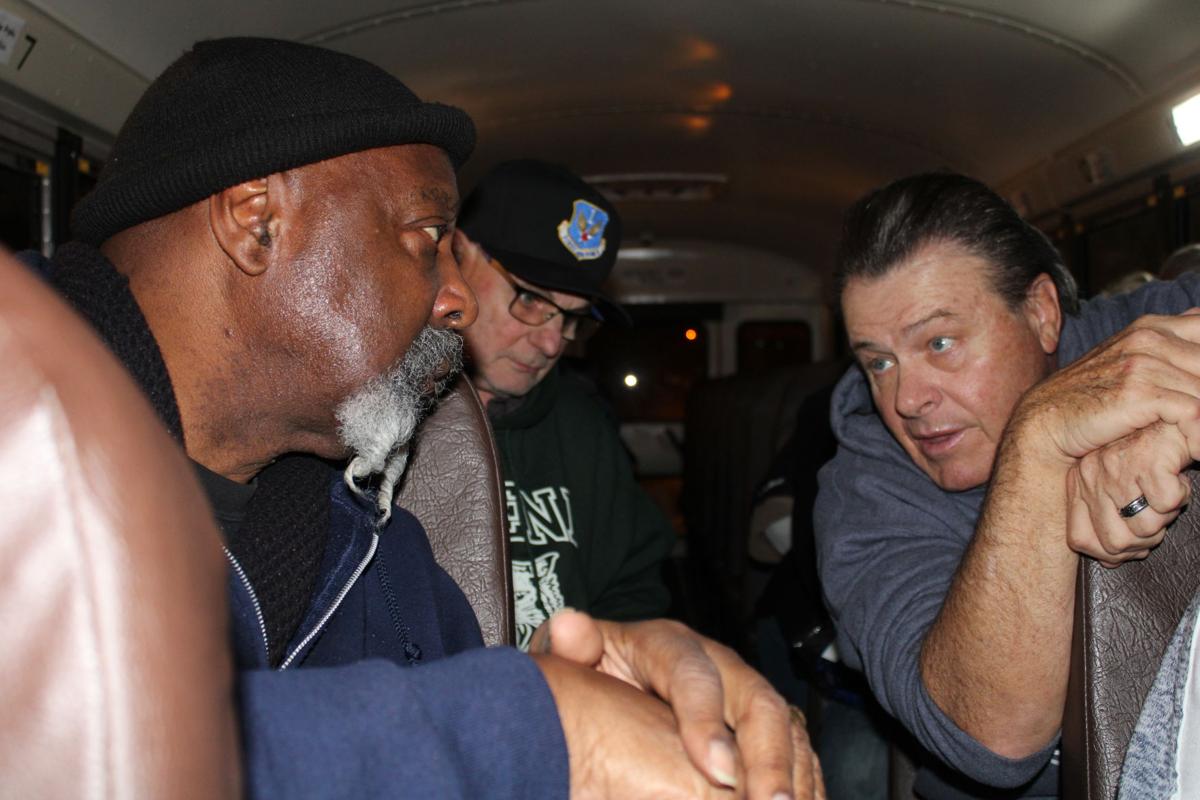 After fans and neighbors lined Marietta streets to cheer on the current Blue Devils, the ‘66 and ‘67 teams boarded a school bus at the high school bound for the game. 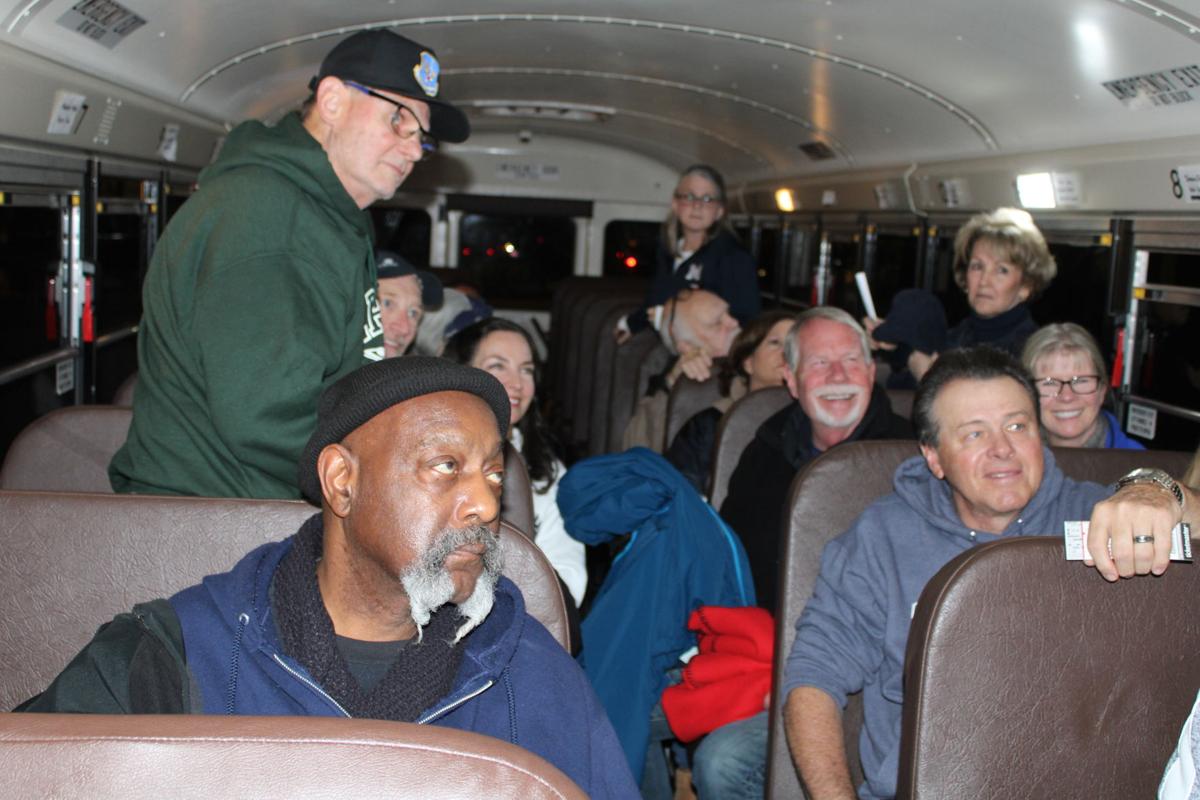 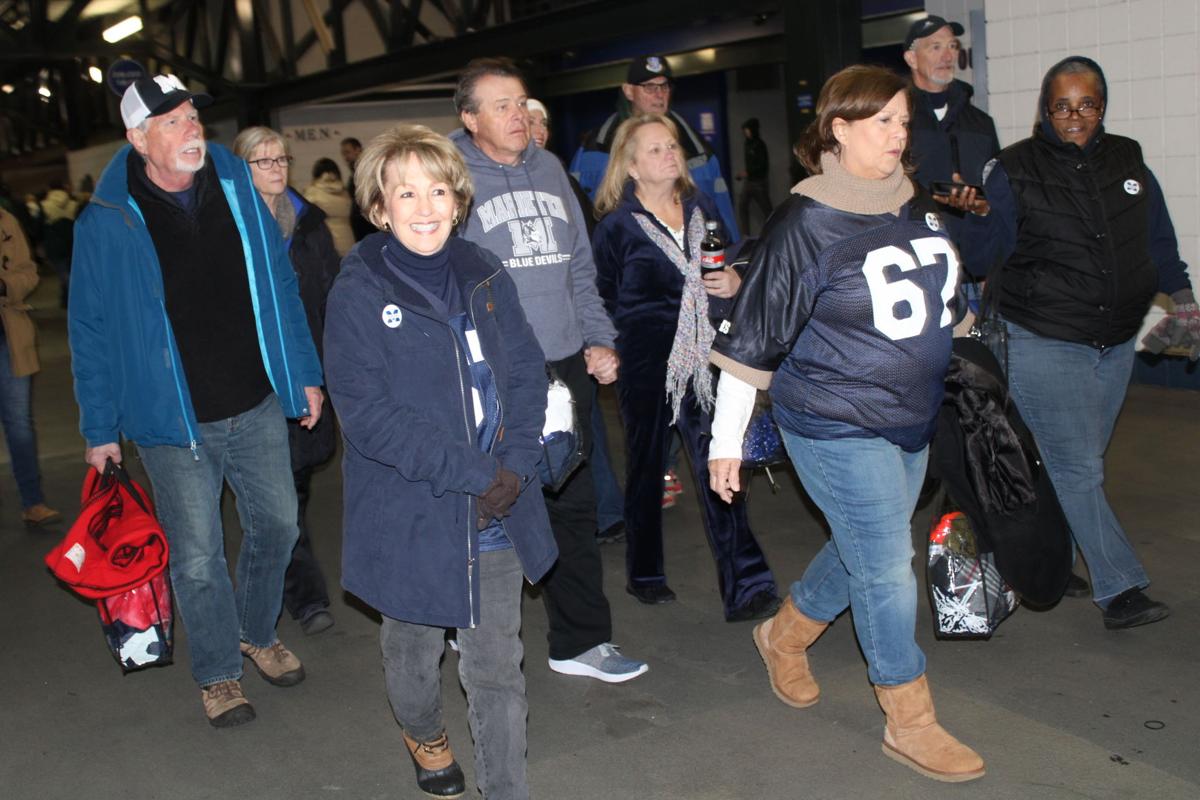 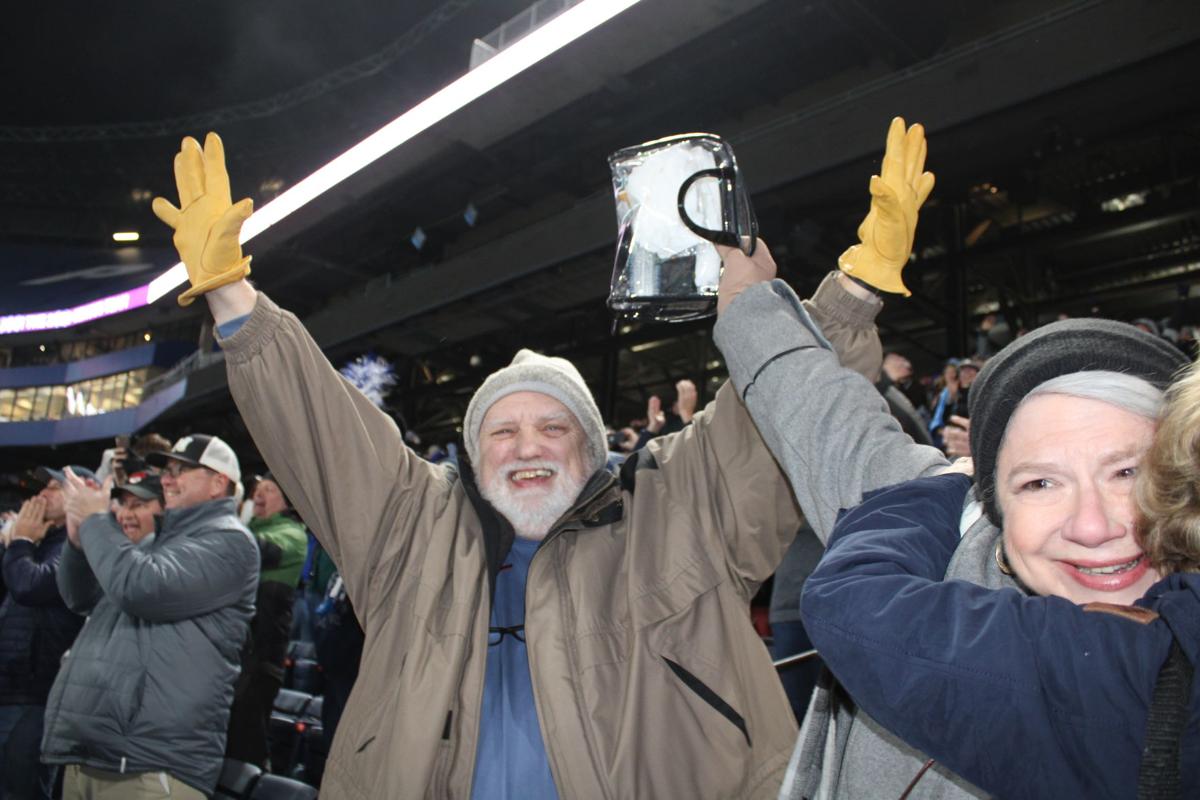 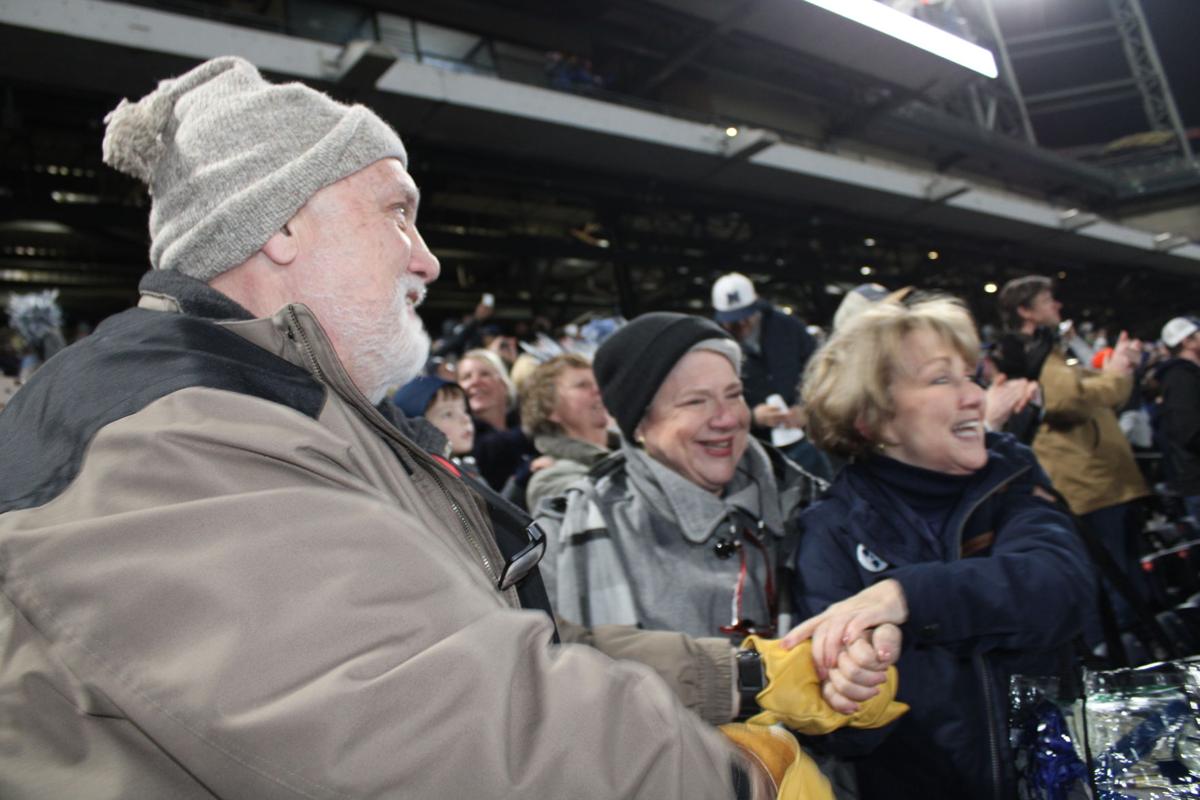 After fans and neighbors lined Marietta streets to cheer on the current Blue Devils, the ‘66 and ‘67 teams boarded a school bus at the high school bound for the game.

MARIETTA — There was more than one state championship-winning Blue Devil team in Atlanta on Saturday night.

It was that 1967 team that last led the Devils to the state championship, and Lemon Street High School, Marietta’s black high school prior to integration, won the county’s first state championship the year before.

After fans and neighbors lined Marietta streets to cheer on the current Blue Devils, the ‘66 and ‘67 teams boarded a school bus at the high school bound for the game. Old friends joked and reminisced about the old days as the bus headed toward Georgia State Stadium in Atlanta.

Mark Hulsey, who played tight end and defensive end as a junior for the ’67 Blue Devils, said the joyous atmosphere on the alumni bus was completely different from the deadly serious bus ride to the game 52 years ago.

“Typically, our team was cutting up, back and forth, loose before every single game,” Hulsey said. “It was almost like a party atmosphere. Nobody was tense or anything, but on that particular night, it was really solemn. Everybody was quiet. I don’t remember a lot of back and forth and joking or anything. Everybody was pretty dead serious about what we were about to encounter.”

Hulsey said that’s because the year before, Marietta had lost the state championship game in Valdosta.

Eddie Woody, a defensive back who also served as backup quarterback, agreed.

“It was very quiet, very subdued, very serious. We were all focused when we went down,” he said.

Offensive tackle David White said with a laugh that at least the team’s ride was better back in ‘67 — Coach French Johnson made sure of that.

“French, God bless him, always put us on Greyhound,” White said. “And we always had to wear blazers and ties. French was first-class all the way. It was great, but oh yeah, it was quiet. The way down to Georgia Tech was very quiet.”

The main thing everyone remembered was the weather. A torrential downpour made the game against Columbus High School a wet and muddy slog.

“I had never seen it rain that hard,” White said. “All of us stood on the sidelines with water over our shoes, and it never got any better. It was like that the whole game.”

The cheerleaders said the wet weather made it extra hard to cheer that day.

“The thing I remember was we were wearing wool skirts, these big, heavy wool skirts,” said Judy Roberts Hutson. “It was raining so hard that they were heavy, and they were down to our knees. We were holding them up. And we had the old pom-poms that were like crepe paper, so our hands were blue for weeks.”

“The field was torn up,” said fellow cheerleader Judy Thomas Morrison. “We couldn’t hardly see what was going on because of the mud splashing up on everybody, we had ponchos on, but it was so thrilling. We had a wonderful team, and a lot of them are still close today. They’re still friends today.”

White agreed, saying most of the guys have kept in touch over the years.

“We had a 50-year reunion for the state championship two years ago. A lot of people came back, they got us on the field at halftime, that kind of stuff. It was really good. The coaches came back, the ones who are still around. We’ve lost a bunch of them, but it was a good gathering at Northcutt Stadium.”

Another major topic of conversation on the bus ride over was was the game-winning play, when Woody, a defensive back who also served as backup quarterback, fielded a punt and tore down the sideline. White threw a key block that allowed Woody to stay in bounds and score, putting Marietta ahead 13-7. Ted Dansby, uncle of Atlanta Braves’ shortstop Dansby Swanson, added the extra point, and the Blue Devil defense kept Columbus from scoring for the rest of the game.

“I saw two guys coming after Eddie from the back, I peeled right in between them and just cut it real close, dove in between him and the two guys chasing him, then he scooted on down the sideline, and I laid down in the mud and watched him run,” White said.

“It felt like a lead balloon I had caught in my hands as I ran down the sideline,” Woody said with a laugh. “But it was a very special night. … To win it (the year after losing to Valdosta) was a very special thing for us and Marietta High School. As you know from it being 50-something years to repeat that, it’s something that doesn’t come very often, so I’m sure the kids tonight are very excited.”

Hulsey said he can remember details of the game like it was yesterday.

Eddie Head, who played tight end for Lemon Street during that school’s championship, told a similar story. On the way to their game, the whole team sat and focused silently.

“Back then, we didn’t know the significance of the game,” he said. “It was just a fun mood to go play because nobody at our school had ever gotten that far. We were just excited to get there.”

“We were up by at least two touchdowns going into that fourth quarter, and then we ran it up to three,” he said. “We kind of figured then that it was all over because no team had ever come back from 24 on us. We just had a good defensive team. There was no coming back.”

Unlike the solemn bus ride to the game, Head remembered his teammates laughing and congratulating each other on the ride home.

“We just could not wait to get back to the school and celebrate with everybody,” he said. “Once we got back there, we could celebrate with the fans, and we just had a joyful time. I guess it didn’t really sink in until later on that we were state champs.”

Jeffers not seeking re-election on county school board, Waits announces candidacy for seat