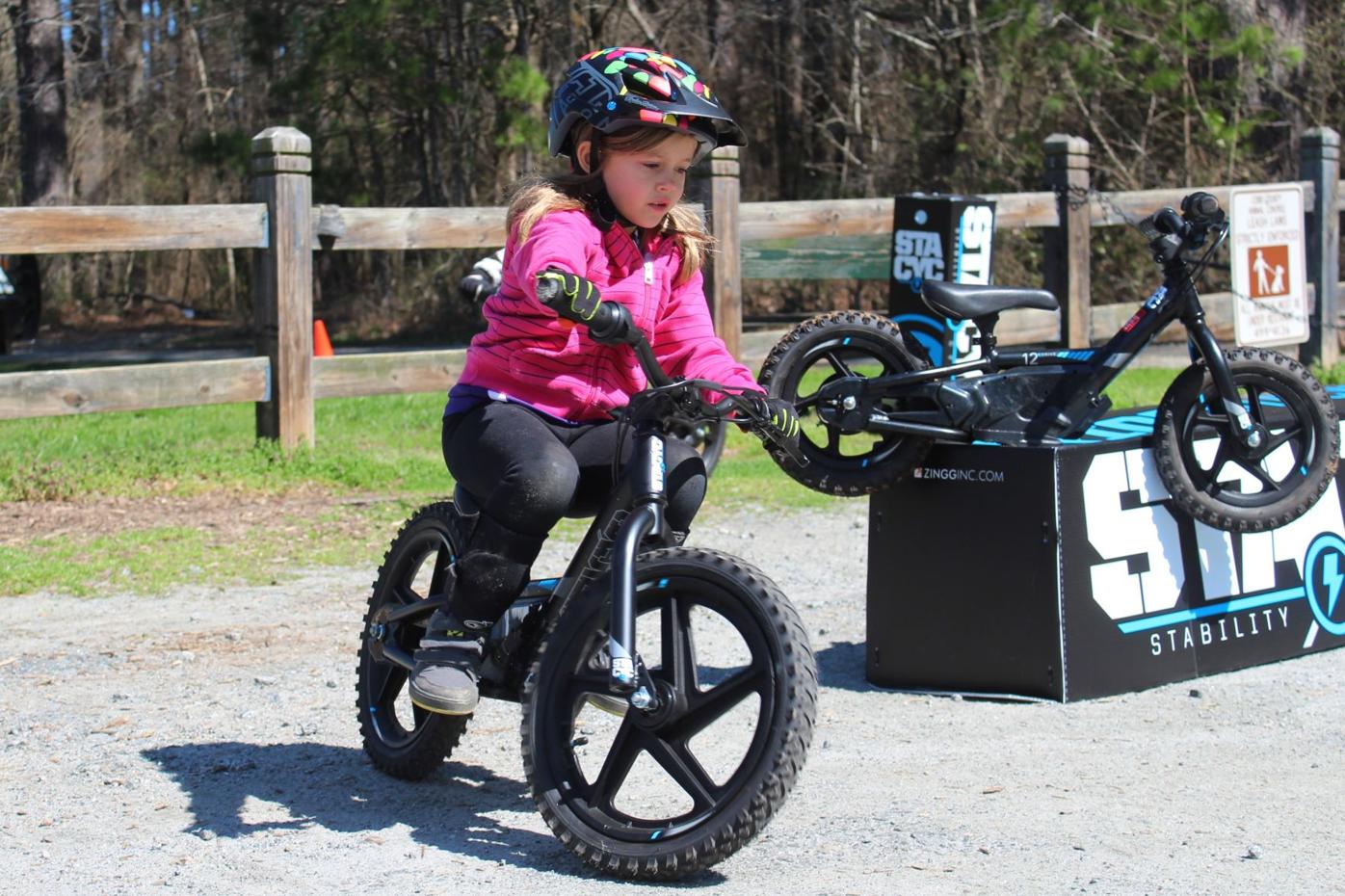 Scarlett Brockman, 6, of east Cobb, takes a battery-operated bike for a spin at Allatoona Creek Park in Acworth on Saturday. 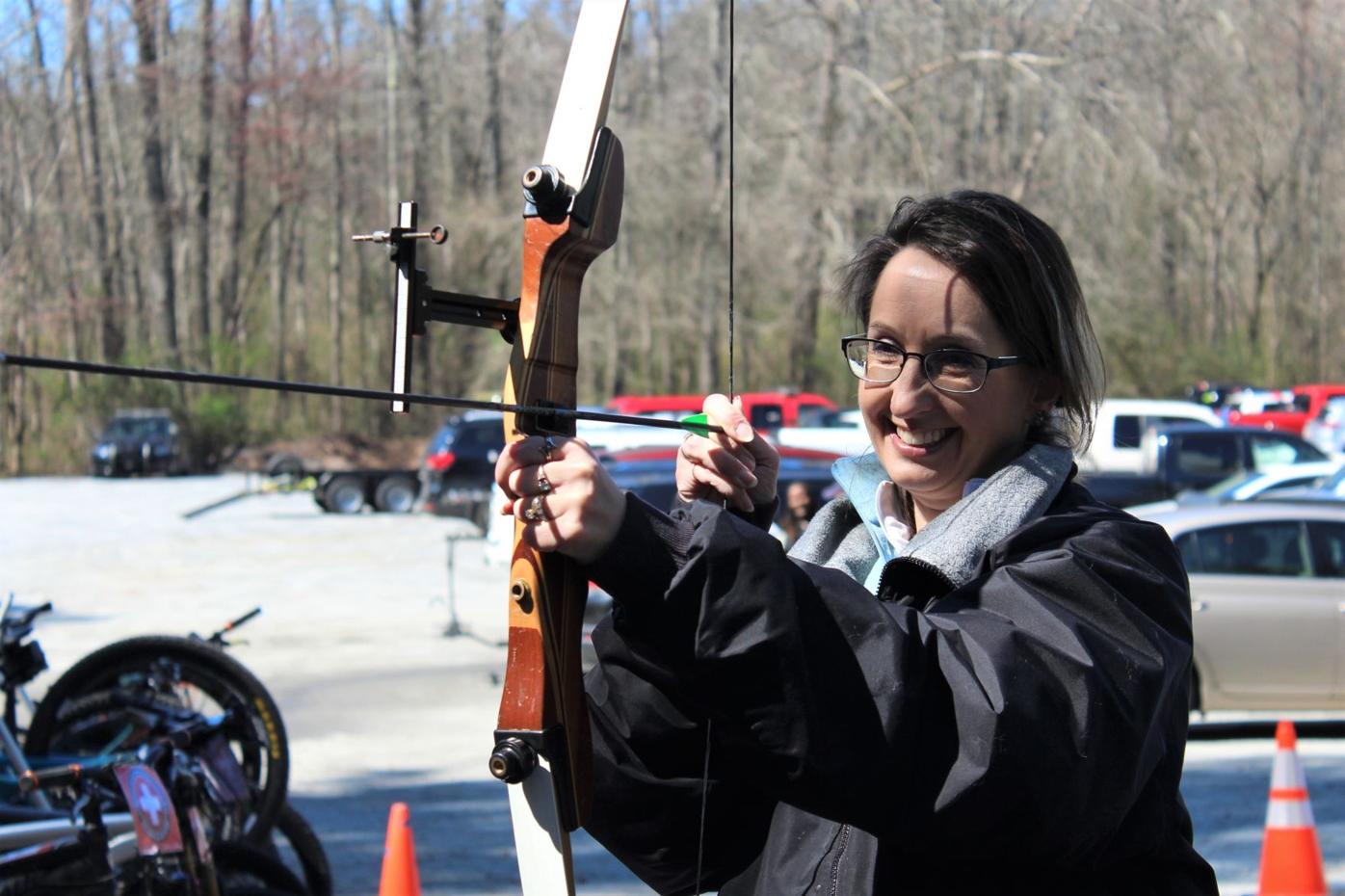 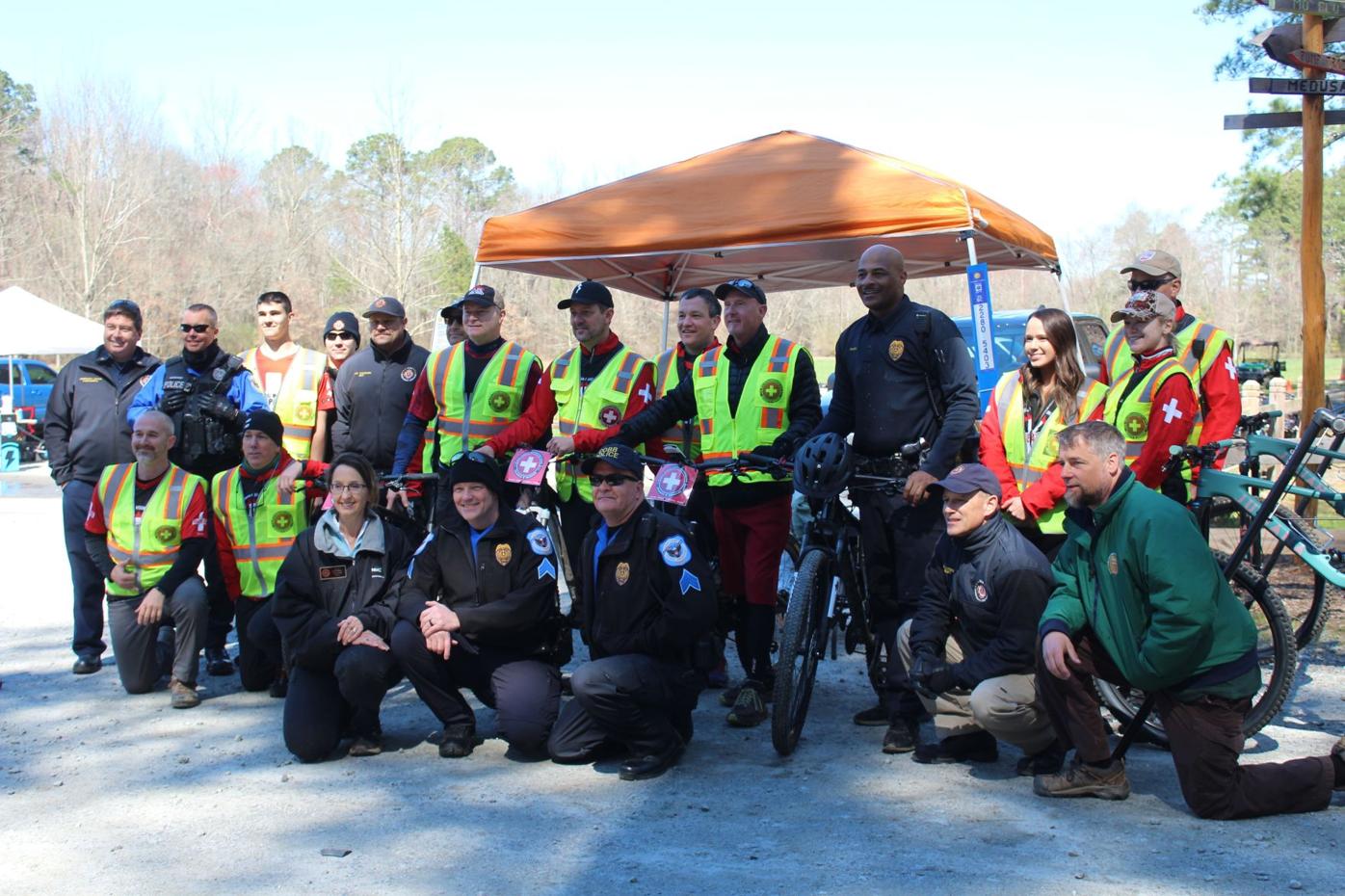 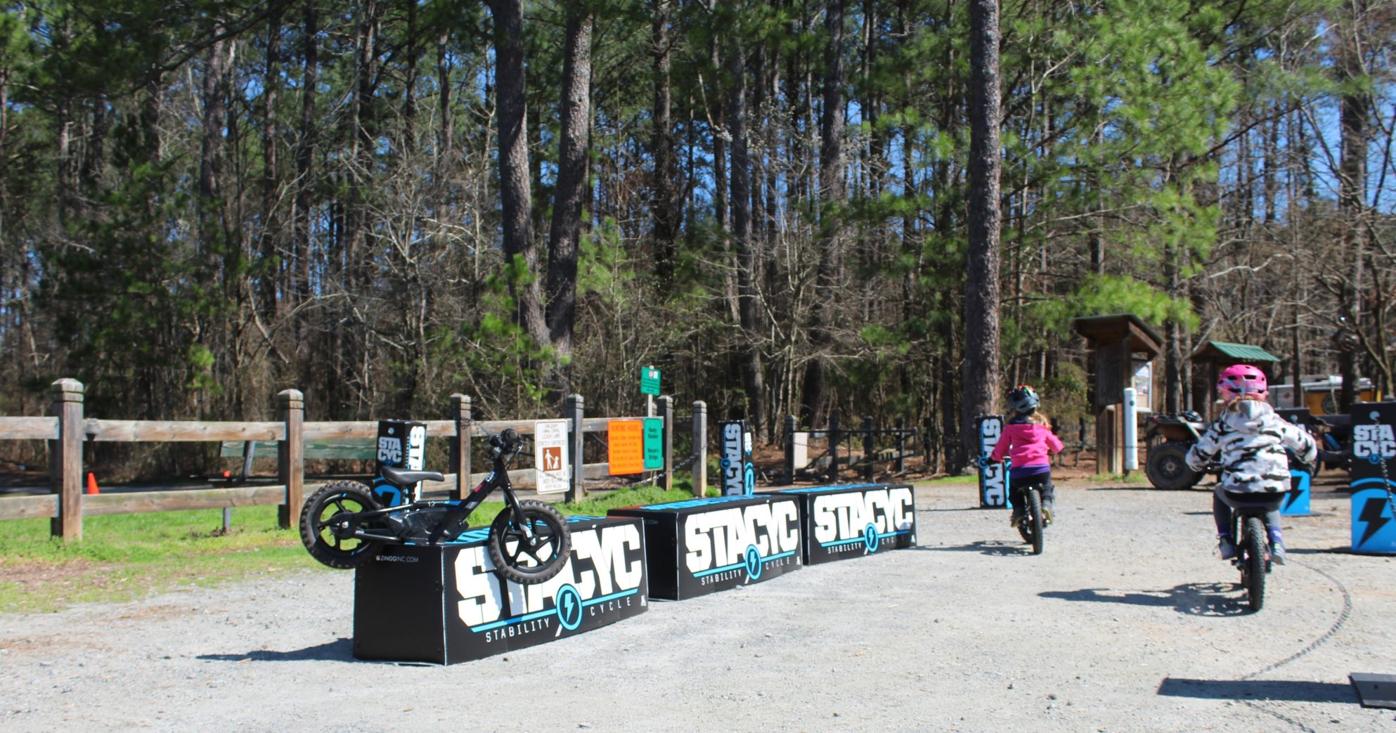 Battery-operated bikes for kids were a hit at Allatoona Creek Park on Saturday. 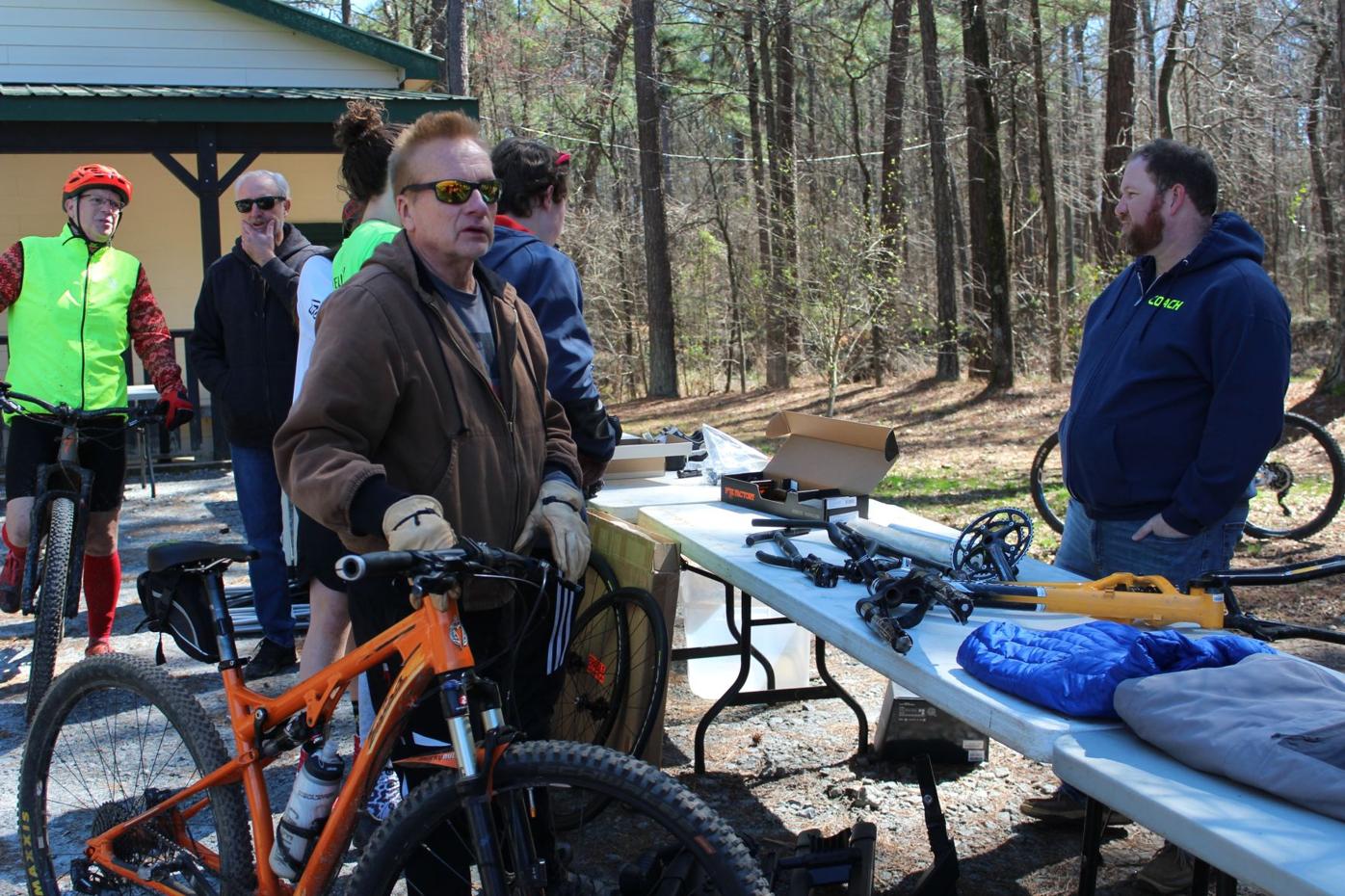 Scarlett Brockman, 6, of east Cobb, takes a battery-operated bike for a spin at Allatoona Creek Park in Acworth on Saturday.

Battery-operated bikes for kids were a hit at Allatoona Creek Park on Saturday.

ACWORTH — A gem in Cobb County’s crown that tends to get forgotten was showcased to the public Saturday afternoon through an archery and mountain biking event put on by Cobb Commissioner Keli Gambrill.

Dozens of bikers and a few archery enthusiasts gathered at Allatoona Creek Park on Old Stilesboro Road in Acworth for Gambrill’s spring event, aimed at exploring the park’s 1,450 acres and 35 miles of mixed-use recreational trails.

“My focus this year is to educate constituents about what we have in Cobb County,” Gambrill said. “When I took office, it was really overwhelming to learn how much Cobb County has to offer, and I wanted to start sharing that with everyone and focusing on what the county has for everyone to enjoy.”

The park, formerly known as the Corps property, is leased from the U.S. Army Corps of Engineers and leads to the edge of Lake Allatoona.

It is popular among mountain biking groups and north Cobb locals, who use it on a regular basis, but it can be out of sight and out of mind for residents in the rest of the county, officials said.

“We do have many places that folks aren’t aware of,” Gambrill said, “so it’s about bringing awareness to them and letting them know this is here.”

John Purcell, a recreation program coordinator for the county’s parks division, said Allatoona Creek Park is one of the largest public parks in the county and has an estimated 80,000 visitors annually.

Many thousands of mountain bikers and cross country runners from local and state teams train and compete at the park, Purcell said.

“We have a lot of events here. People come from all over the state,” he said. “All the high school cross country, at least five mountain bike races, Cobb cross country championships and other races from private promoters.”

The park also contains an archery field and an airfield area where remote-controlled planes and drones can be flown.

East Cobb resident Victoria Brockman took her 6-year-old daughter, Scarlett, to the event at the park Saturday, where they tried out some battery-operated bikes for kids.

“We ride here a lot,” Brockman said. “The kids like the easy trails. We wish there was something like this in east Cobb. That would be such a great area for it.”

The mountain biking trails include easy, moderate and difficult options, making Allatoona Creek Park one of the premier riding locations in Cobb.

Gambrill took the opportunity Saturday to ride through the park for about an hour, chatting to users and group leaders about plans to expand trails and link other parks.

“We ended up over by Mars Hill Road talking about the Allatoona Creek Greenway plan that started many years ago,” Gambrill said. “They were showing me where they would like to see the trails come out.”

Marietta will house more than 30 quarantined passengers from the Grand Princess cruise ship that has been held off the California coast, with …

MARIETTA — Amidst changes to dual enrollment and mandated school testing, Cobb County’s education system is performing well, according to Stat…

Gas prices in Atlanta near $3.00 per gallon