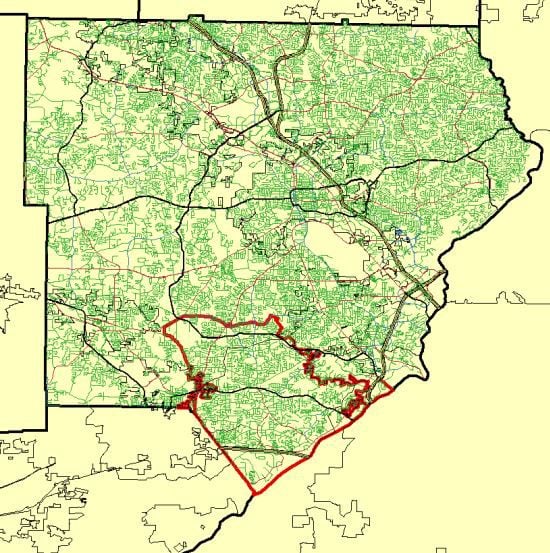 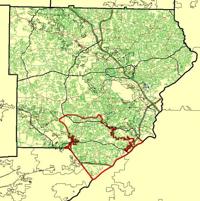 The proposed city of Mableton would have more than 70,000 people, according to a study by the University of Georgia. 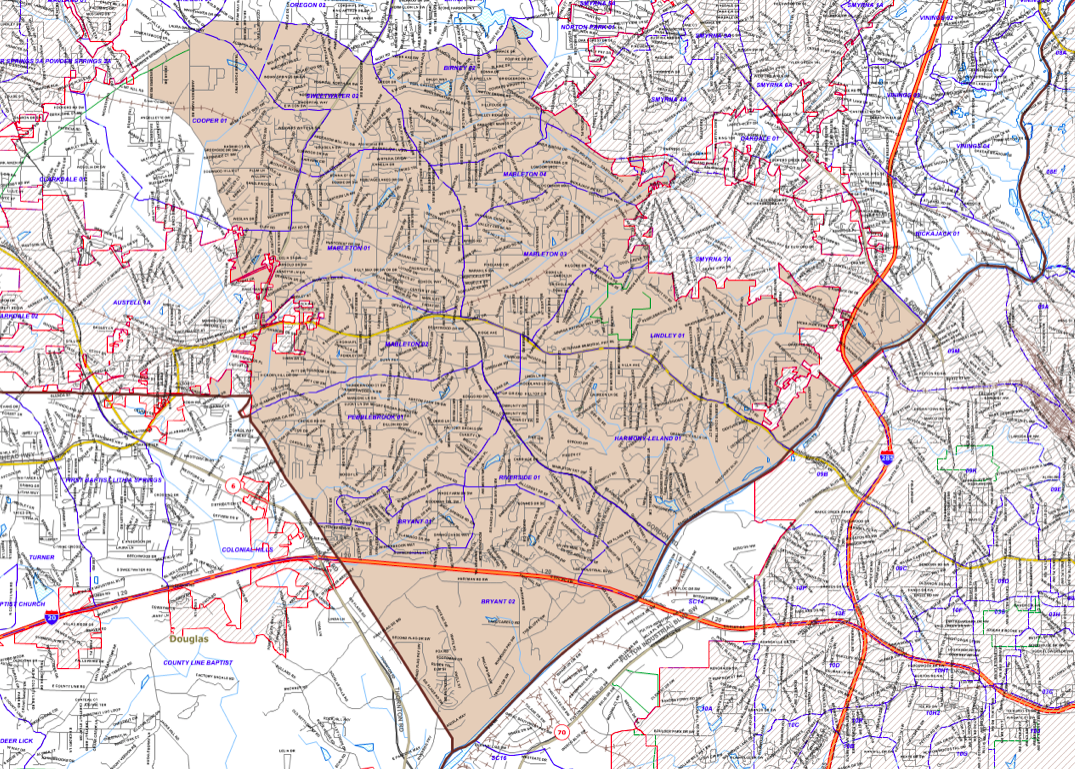 The proposed city of Mableton would have more than 70,000 people, according to a study by the University of Georgia.

Advocates have resurrected their push to form a city of Mableton.

The push to create a city covering most of the county's southern tip — an area with some 70,000 people — first gained steam in early 2019 before it stalled in the statehouse last year as the pandemic took hold.

Last week, just two days before the conclusion of the 2021 legislative session, state Rep. Erica Thomas, D-Austell, filed a bill that would put a referendum on cityhood before residents of the would-be city. And the pro-cityhood South Cobb Alliance is planning a series of events to educate area residents on the proposal and solicit feedback this spring and summer.

On the same day that Thomas filed her bill, several colleagues in the Cobb legislative delegation filed bills that would create referenda on cities in west Cobb, east Cobb and Vinings.

Although each movement seeks greater local control of issues such as land use, city of Mableton advocates are alone in wanting to spur higher-density development in their area rather than thwart it.

"Some of the things that our residents desire to see require density," Leroy Tre Hutchins, a member the South Cobb Alliance and the Cobb Board of Education, said. "Large chain restaurant owners have told us that in order for them to have a viable business, they will need to see some rooftops."

The proposed city's services would include zoning, code enforcement, waste management and parks and recreation.

Hutchins said the South Cobb Alliance would organize outreach sessions this month and through the summer. It would also create advisory committees comprised of area residents who could provide feedback on the proposed boundaries and services.

The boundaries of the proposed city have changed little since Thomas's last bill stalled in 2020. Smyrna has annexed some parcels within the proposed city's boundaries, but Hutchins said those parcels are small — so small, in fact, that members of the South Cobb Alliance are hopeful they will not need to commission a new feasibility study.

Before a cityhood bill can advance, proponents must demonstrate the proposed city is financially feasible. A study conducted on SCA's behalf by the University of Georgia found just that.

Made public in March 2020, the study found the proposed city would have an annual surplus of about $3.2 million dollars, collecting $14.6 million per year and spend $11.4 million per year. It would have a population of more than 70,000 people with a median household income of $60,000 per year, about $12,000 shy of the countywide median.

The study’s authors wrote they used a conservative approach to calculating their figures, underestimating the amount of revenue that could be generated while overestimating the cost of the few services the city would provide.

Should Smyrna's annexation of parcels within the proposed city of Mableton require the commission of another feasibility study, Smyrna has committed to footing at least part of the bill. But Smyrna Mayor Derek Norton and Hutchins both said that scenario is unlikely.

Hutchins said creation of a city would bring a stronger identity to the southern portion of the county. He pointed out that Mableton is not just another area of unincorporated Cobb, having once been a city already.

Mableton, one of the largest unincorporated communities in metro Atlanta, became a city in 1912. But four years later, the town’s residents voted to dissolve the municipality after it was overwhelmed by flooding, necessitating county aid.

"We are definitely trying to preserve what we know to be Mableton and grow on that legacy of Mableton," Hutchins said.