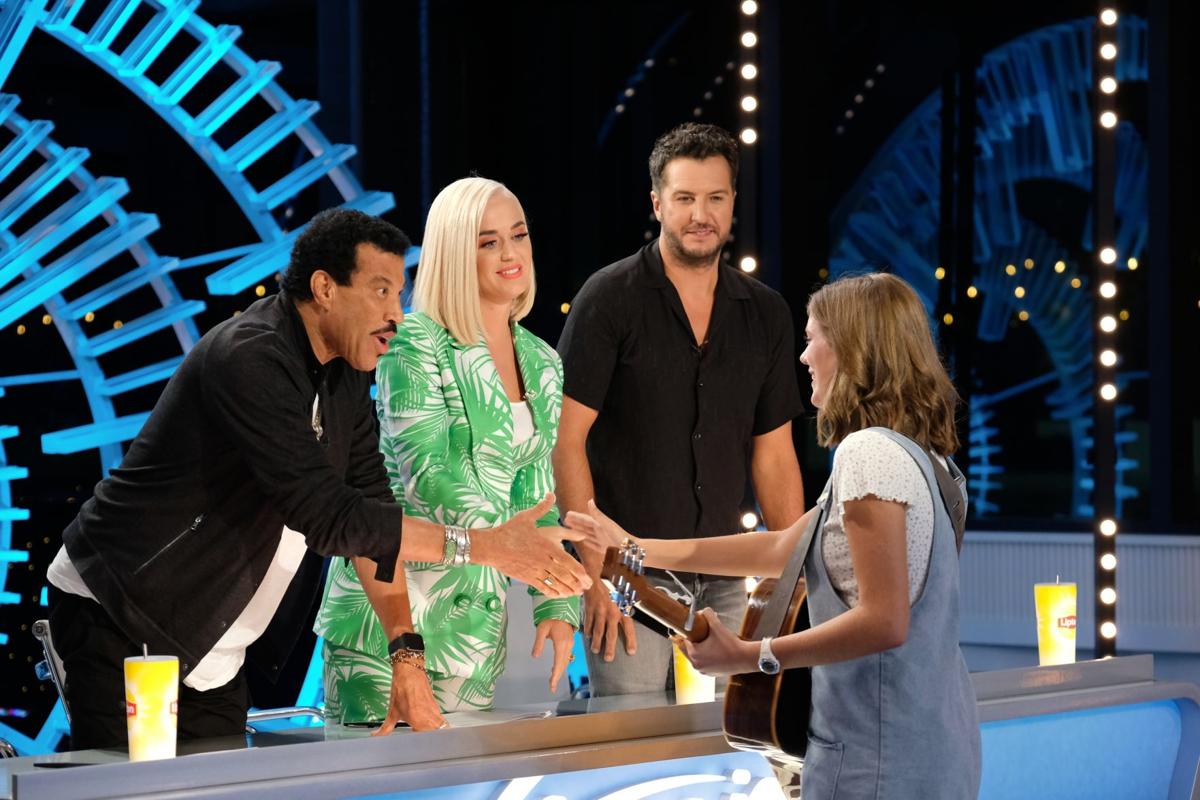 Sixteen-year-old Camryn Smith, an Acworth singer-songwriter and worship leader, received applause from “Idol” judges Luke Bryan, right, and Lionel Richie, left, as well as a standing ovation from Katy Perry at her audition in Savannah. 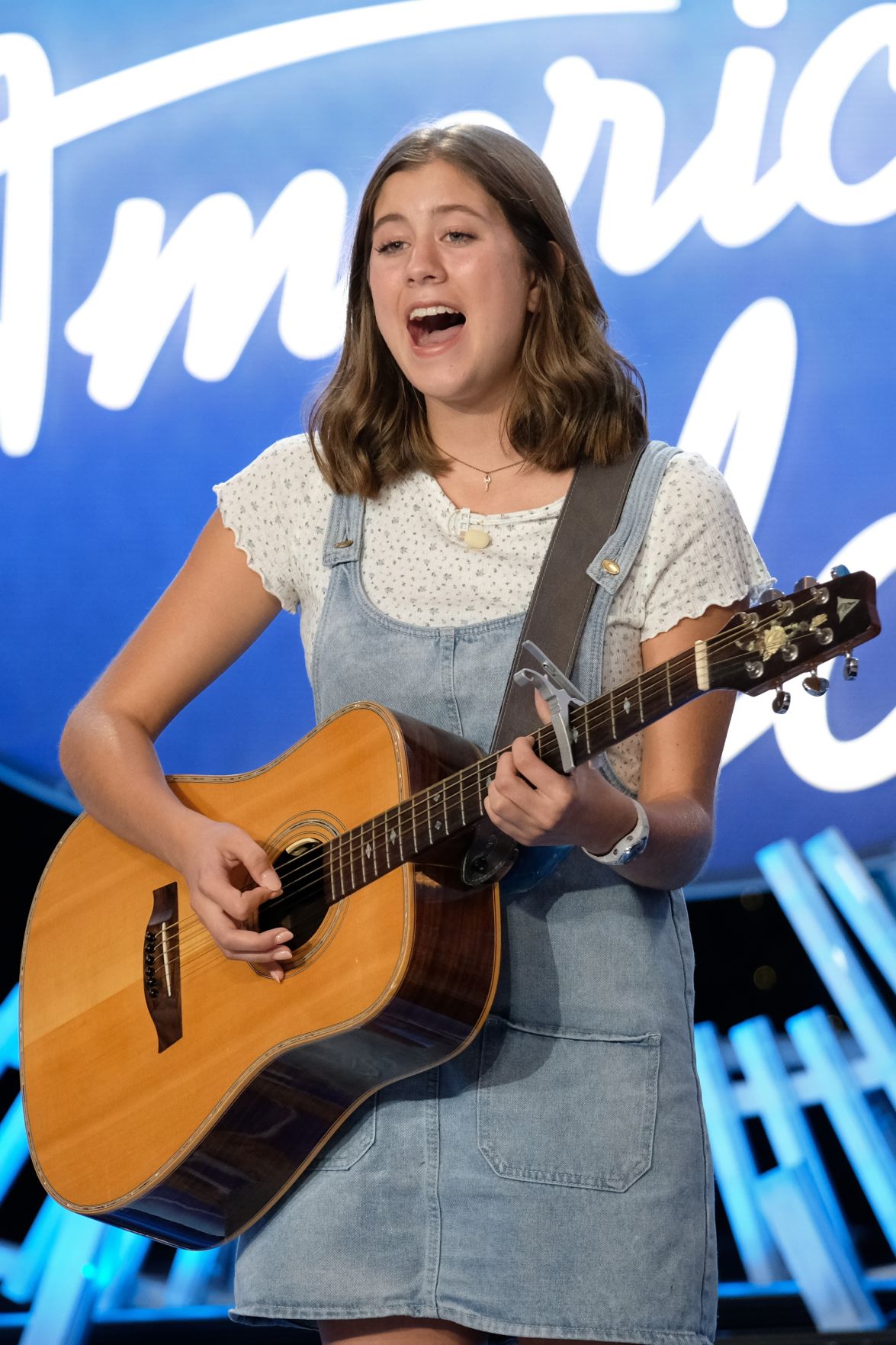 Camryn Leigh Smith, 16, of Acworth, shows her musical prowess during an American Idol audition in Savannah. 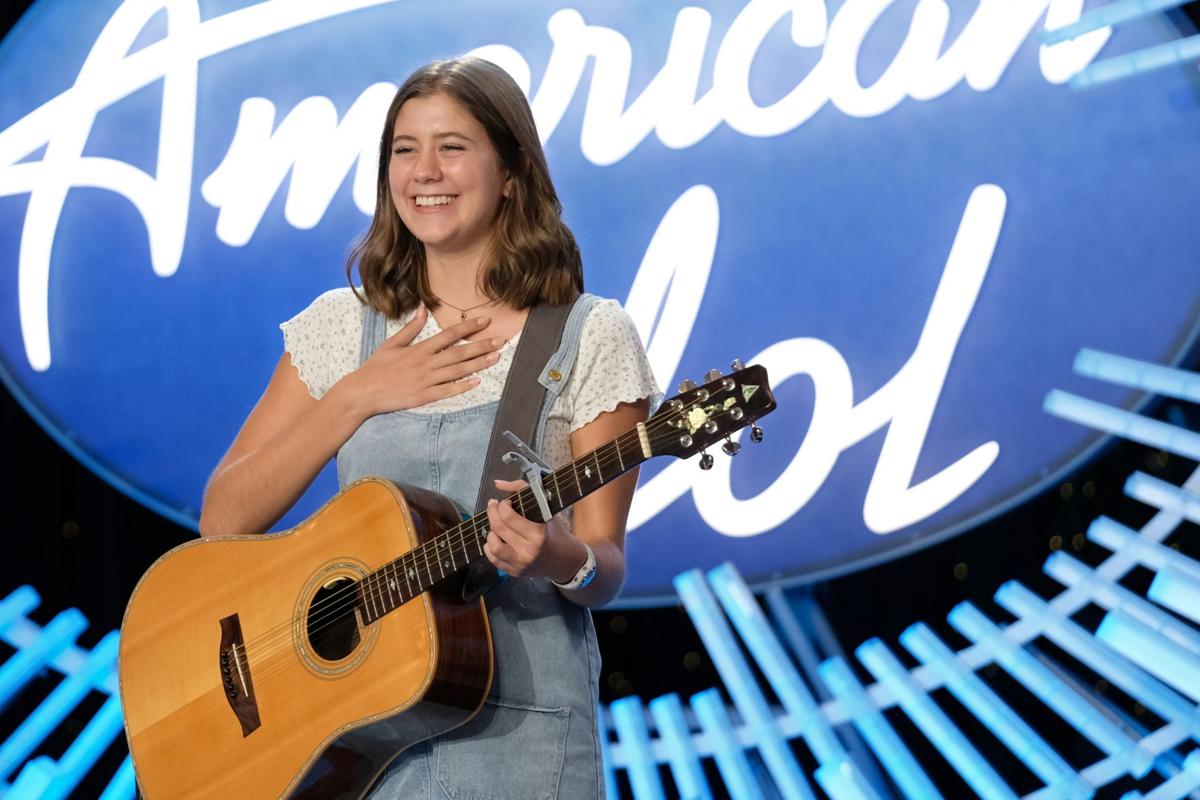 Sixteen-year-old Camryn Smith, an Acworth singer-songwriter and worship leader, made large enough waves at her recent “American Idol” audition in Savannah to win her a ticket to Hollywood.

Sixteen-year-old Camryn Smith, an Acworth singer-songwriter and worship leader, received applause from “Idol” judges Luke Bryan, right, and Lionel Richie, left, as well as a standing ovation from Katy Perry at her audition in Savannah.

Camryn Leigh Smith, 16, of Acworth, shows her musical prowess during an American Idol audition in Savannah.

Sixteen-year-old Camryn Smith, an Acworth singer-songwriter and worship leader, made large enough waves at her recent “American Idol” audition in Savannah to win her a ticket to Hollywood.

Sixteen-year-old Camryn Smith walked out onto the “American Idol” audition stage and began to sing. By the end of the song, pop star Katy Perry was on her feet.

“Every once in a while something just shocks us into believing that there is something better than last season,” Richie said.

Rounding out the trio of Idol judges was country music star Luke Bryan.

“I just think the fact that it’s so natural and easy for you at this age is just remarkable,” Bryan said, comparing her to a young Katy Perry.

Underscoring what had just happened, Richie spelled it out:

Camryn told the MDJ she’s grown up in church playing music and leading worship with her parents, and continues to do so at Four Points Church in Acworth, as well as other local churches. She said that’s what’s put her on the “American Idol” stage.

“I feel like I’m going to grow a lot, and I’m excited to get to share my message of God to other people. That’s the reason I’m on the show, honestly. It’s just to share the Gospel,” she said. “I’ve always thought that music and singing is a great way to capture the people’s attention, and bring them back to the foundation, and my foundation is God. So hopefully I can bring people, through my music, to the Lord.”

Camryn said while her experience singing in front of crowds prepared her for the spotlight, performing in front of the celebrity judges was a change.

“The judges are definitely not just a crowd at church,” she said.

Camryn said looking up to see Perry on her feet and hearing the approval of musicians who have proven themselves in the industry was “very cool.”

“My heart jumped a little bit,” she said of Perry’s reaction.

The teen also laughed as she pointed out her audition video on YouTube had labeled her “shy,” a characteristic she said she wouldn’t have chosen to describe herself.

“No, I don’t think I’m shy,” she said, adding that it may have been her age and soft-spoken manner that won her the label. “I wasn’t scared or shy or anything like that. I feel like I was definitely confident to a point — confident as a home-schooled 16-year-old can be, maybe more confident than that. But definitely not shy.”

Camryn said she’s been singing her whole life, performing in front of crowds, playing instruments since elementary school and writing her own songs for about two years. In addition to worship music, Camryn said her favorite music to sing is R&B-style — songs like “Killing Me Softly,” by The Fugees.

She takes gigs “anywhere in Georgia that I can drive,” and locals may have already caught one of her performances at Crazy Love coffee shop in Alpharetta, Huey Luey’s in Acworth or MadLife Stage & Studios in Woodstock, as she builds her name, preparing for a career in music.

“I can’t really see myself doing anything else. But I think more than just music, I want to pursue being a worship leader as my career,” she said, adding that even if she were to win “American Idol,” she’d want to return to leading worship services.

Kim Smith, Camryn’s mother, said seeing her daughter walk out of the audition in Savannah with a ticket to Hollywood was a thrill.

“We were very excited. It had been a really long day that day — we got there at 7 a.m. — and she didn’t go in (to audition) until very, very late at night, so I think we were all just running on adrenaline and just super tired,” Smith said. “When she went in there and she came out, we just all flipped out, for sure.”

Smith said her family and friends recognized Camryn’s talent and passion for music from a young age. While she said there didn’t seem to be any one defining moment that made clear her daughter’s future in music, Smith said she remembers there being a point in Camryn’s life where family members began turning to each other in awe of her vocal ability.

“She’d be singing, and we’d all just stop, and my husband and I would look at each other, like, ‘Wait a minute, this is different. This is something special,’” she said. “And people’s response to her made us realize, ‘OK, we’re not just her parents and we think she’s great because we’re her parents. She really does have something.’”

Smith said her message to her daughter is to “stay grounded, ... be who you are ... and use your gift for God.”

As for Camryn’s forecast on how she’ll do on the show, the teen says, “It’s all up to the Lord (in) the end.”

6 Ways you can relieve coronavirus stress

Polk County Health Department Restaurant Scores from the Wednesday, May 27, 2020 edition of the Standard Journal

Sewing with a Purpose: Seamstress offers masks amid pandemic

Money takes a back seat in some Floyd County elections