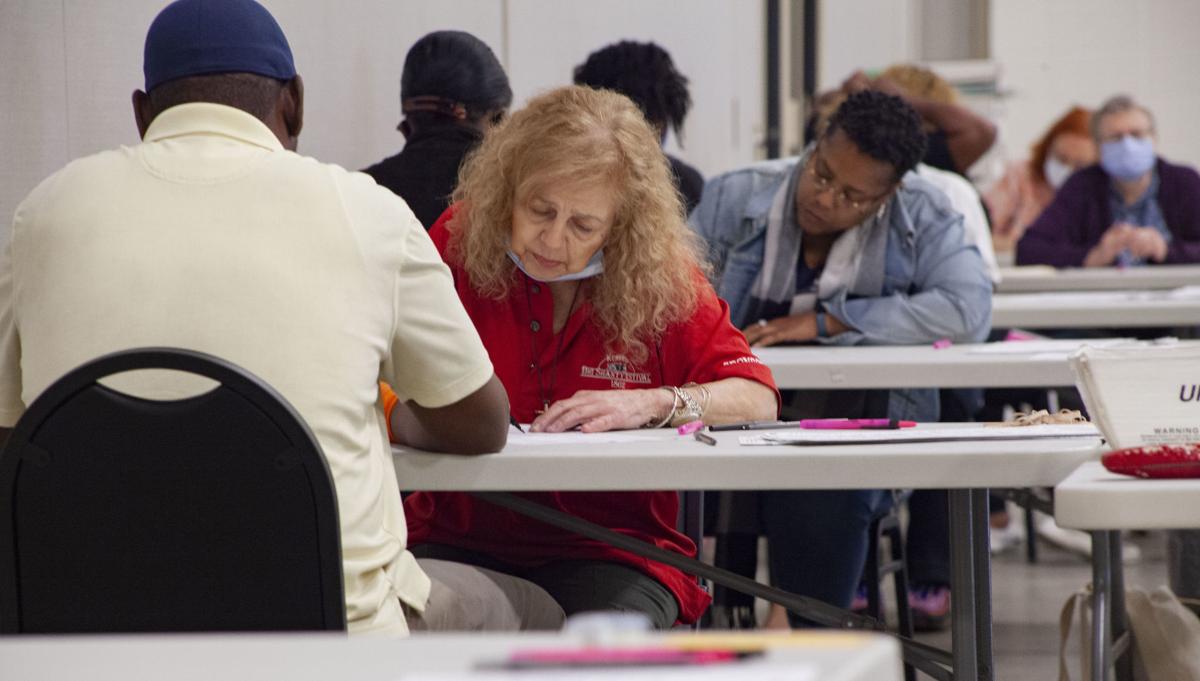 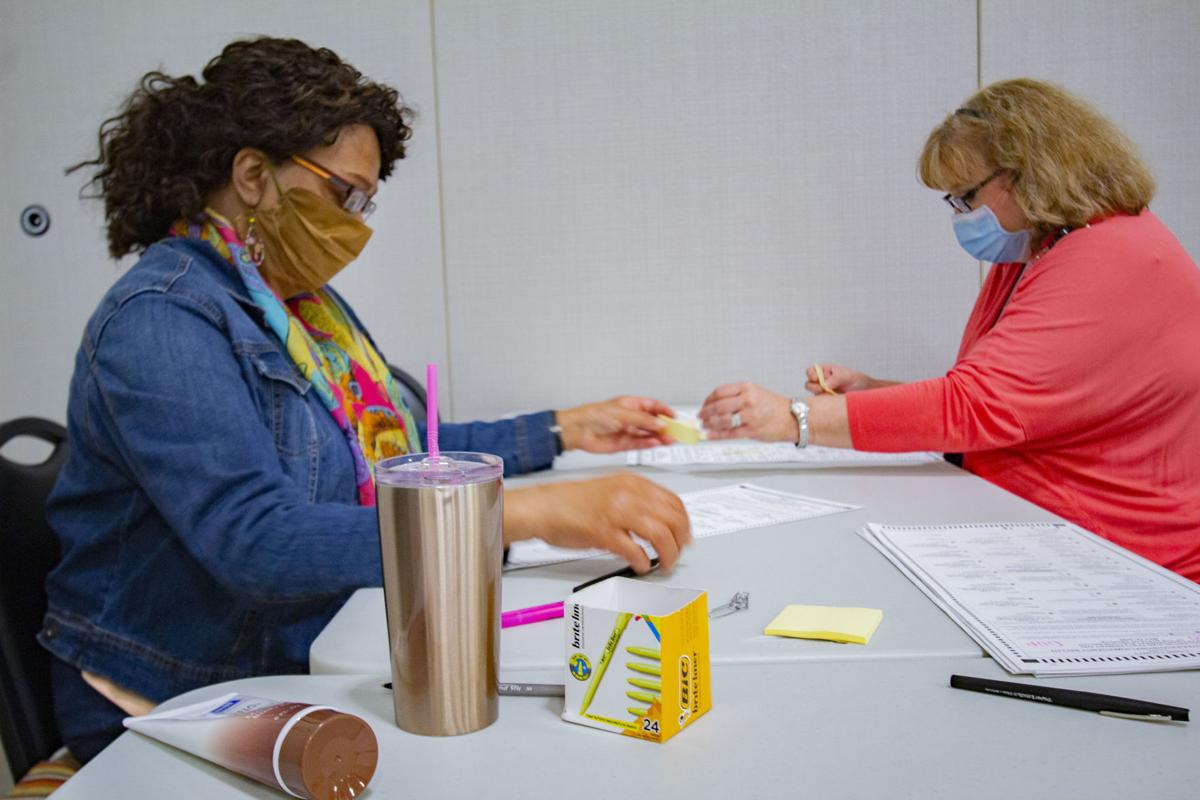 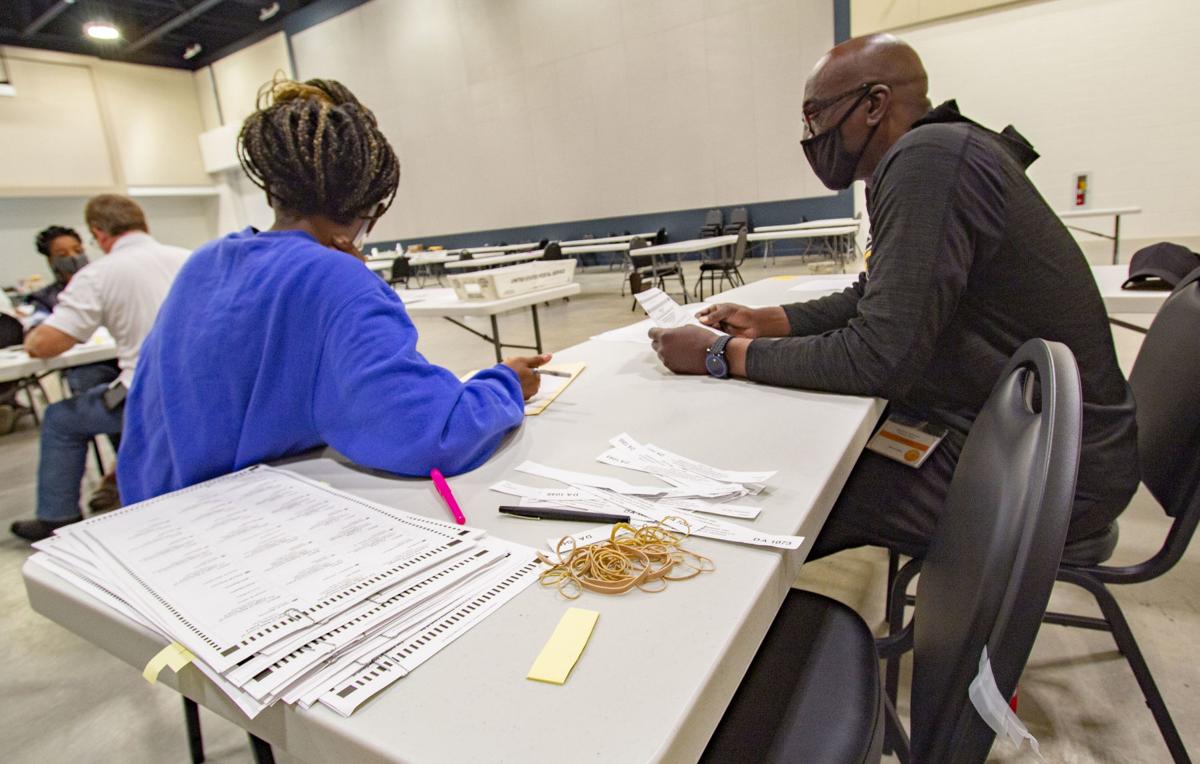 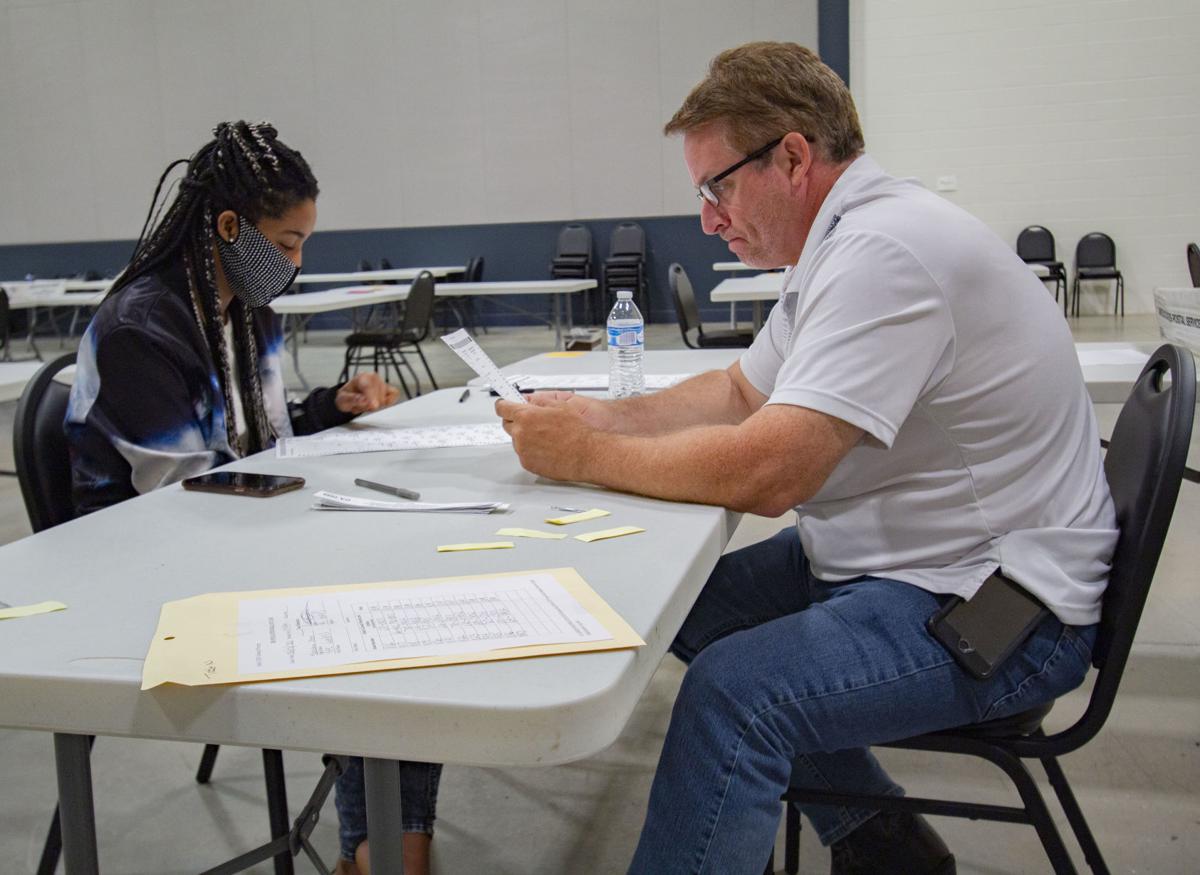 MARIETTA — The count continues on the 106,000 absentee ballots cast by Cobb residents in the June 9 presidential and local primaries,but only 22,000 remained to be tallied as of 6 p.m. Saturday.

Work to tabulate the remaining ballots will continue on Monday, according to county officials.

Since Tuesday, hundreds of workers from the county's parks department, libraries and other county departments have helped count and confirm ballots, according to county spokesman Ross Cavitt.

By Friday afternoon, the workers had counted about 76,000 ballots, and that number had increased to 84,000 by Saturday evening. Cavitt said many of the remaining ballots are damaged and require more work than usual.

Elections workers have to figure out why the ballots won't scan and duplicate the ballots with supervision so they can be scanned, he said, adding that if there are still questions about the ballot, they then have to go before a panel to adjudicate them.

The Cobb County Board of Elections and Registration has also announced it will postpone its next meeting to Friday at noon, when election results are expected to be certified, therefore making results official.

Meanwhile, the concerns of a number of voters who cast provisional ballots because of issues at their precincts on Election Day have been quelled. Those voters were told they would not have to return to the Cobb elections office to "cure" their ballot by showing ID.

Cavitt said a total of about 1,250 provisional ballots were cast, and the majority were confirmed and tallied.

Here are the results in some of Cobb’s highlighted races as of 6 p.m. on Saturday. Percentages are rounded to the nearest tenth:

♦ Cobb Commission District 2 Republican primary: Fitz Johnson leads with 5,715, or around 35.7% of the vote, while Andy Smith and Kevin Nicholas follow closely behind, at 5,238 (32.7%) and 5,074 (31.7%), respectively. The winner will face Democratic nominee Jerica Richardson in November to replace outgoing Commissioner Bob Ott, who did not seek reelection.

♦ Georgia House District 42 Democratic primary: Incumbent Teri Anulewicz leads challenger Asher Nuckolls, with 3,080 votes (57.9%) to Nuckolls’ 2,244 (42.2%). The winner of that primary will be the presumptive victor in November.

Cobb Board of Commissioners Chairman Mike Boyce, in answering why there were fewer Republican votes in Tuesday's primary chairman's race rathe…

'I have no confidence in this system': Cobb chair calls for resignation of elections czar

Cobb Chairman Mike Boyce called on Georgia Secretary of State Brad Raffensperger to resign, saying in an interview with the MDJ on Friday morn…

Tuesday’s voting started early with lines long enough to test the will of voters and quickly gave way to partisan finger pointing, unflatterin…

The Marietta Local is open, and Mac's Chophouse will host a grand opening this week

MARIETTA — Two Marietta Square restaurants will be open this week, one replacing longtime hot spot Shillings on the Square and another reopeni…

County: 3,000 ballots remain to be duplicated or reviewed

MARIETTA — Dozens of elections workers, volunteers and county staff continued Tuesday whittling down the number of outstanding ballots in Cobb…