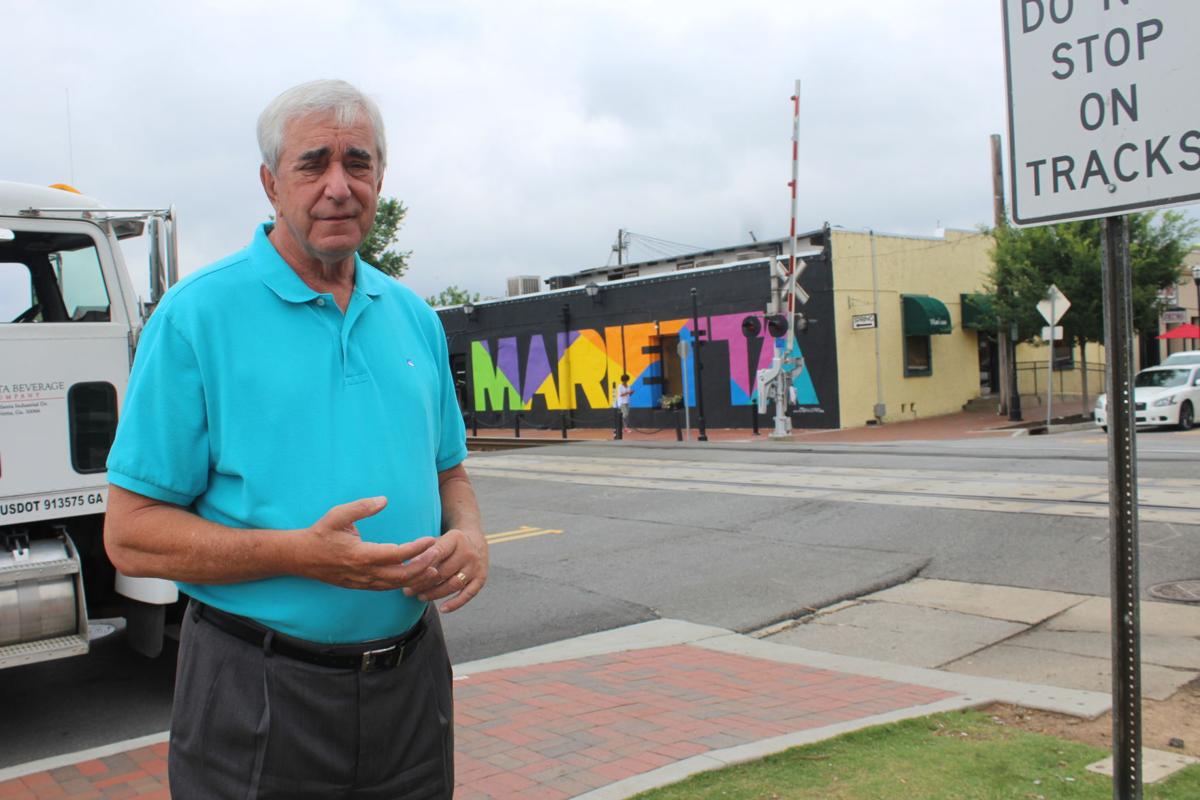 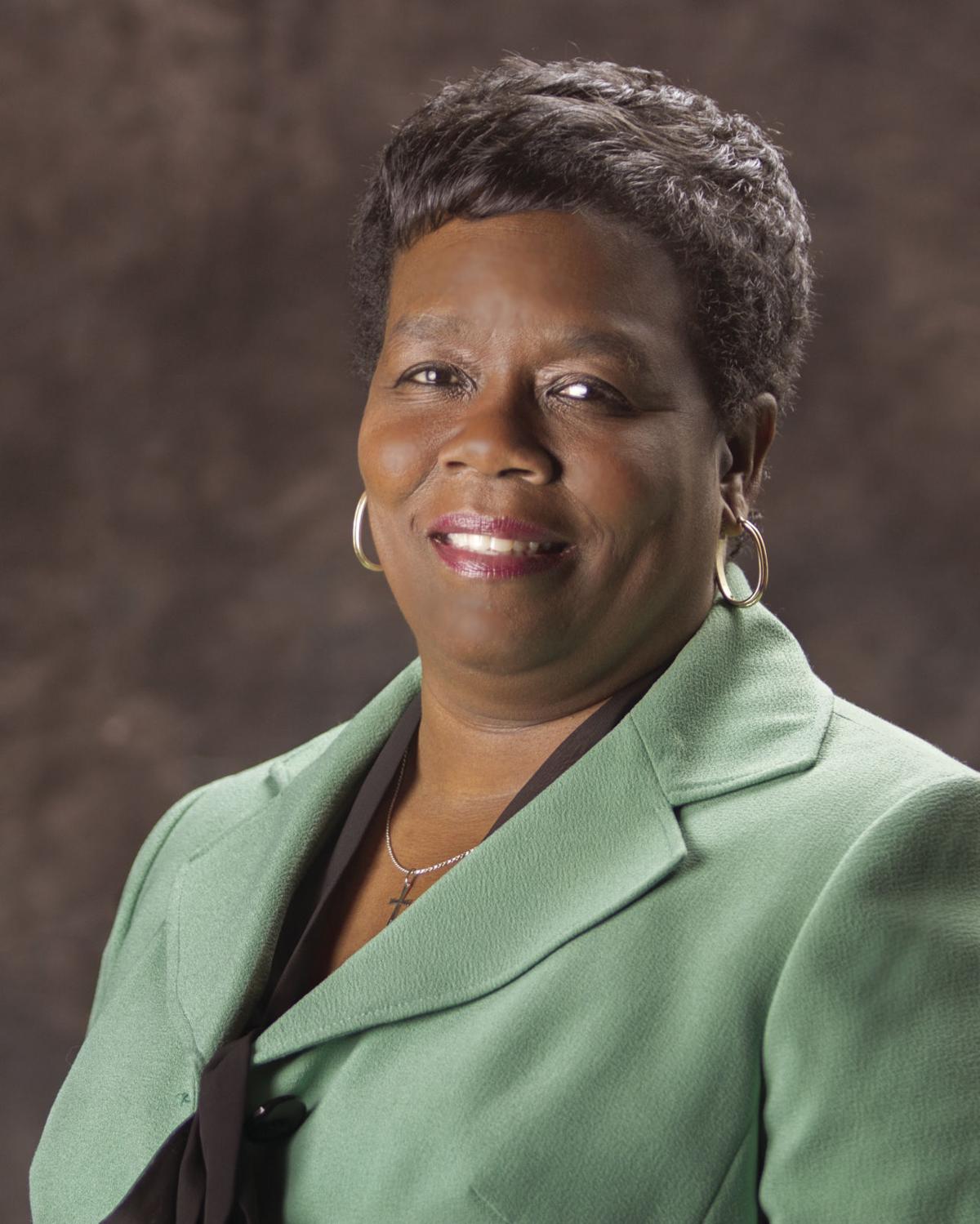 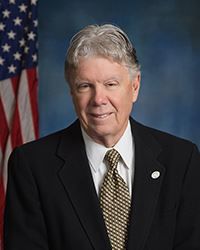 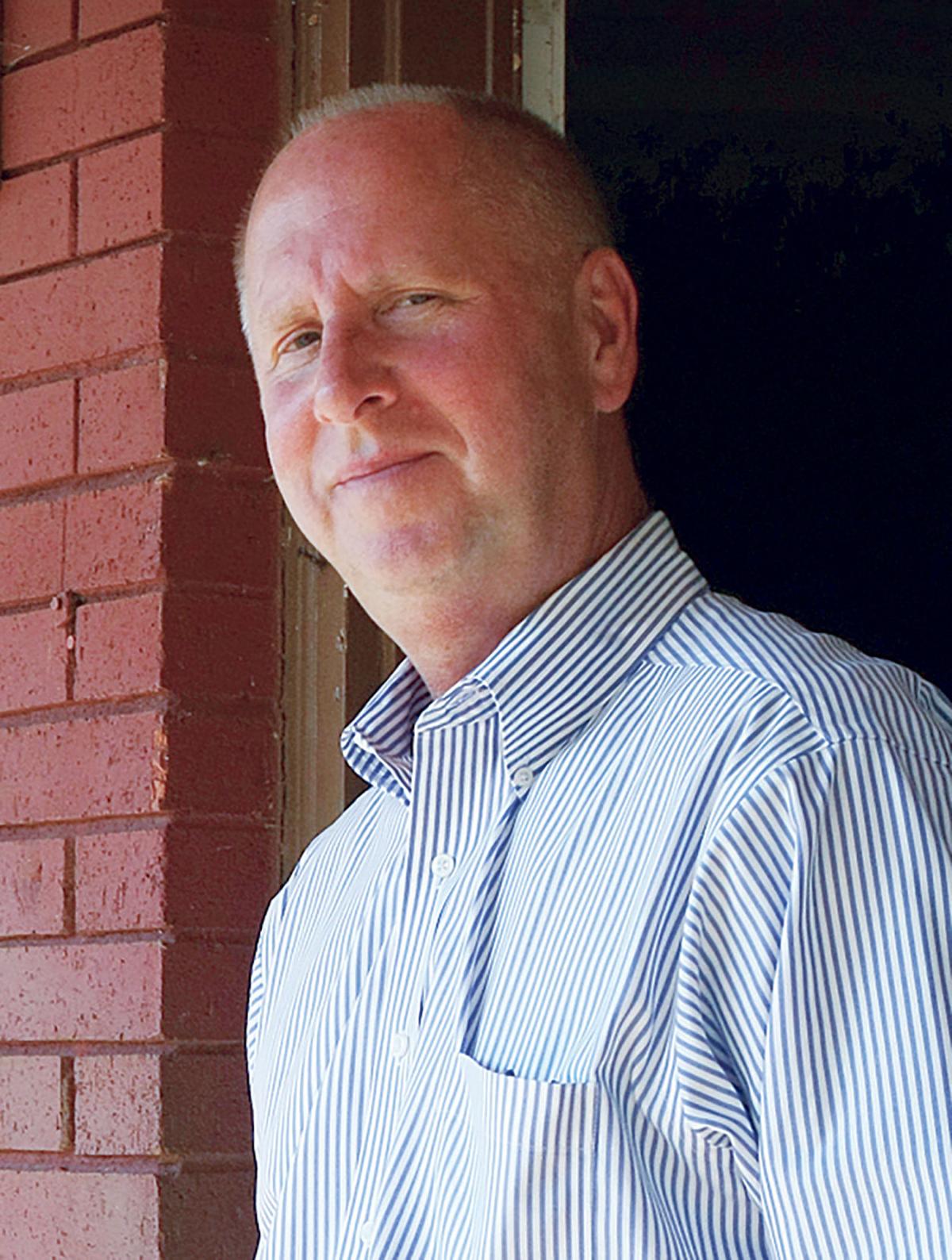 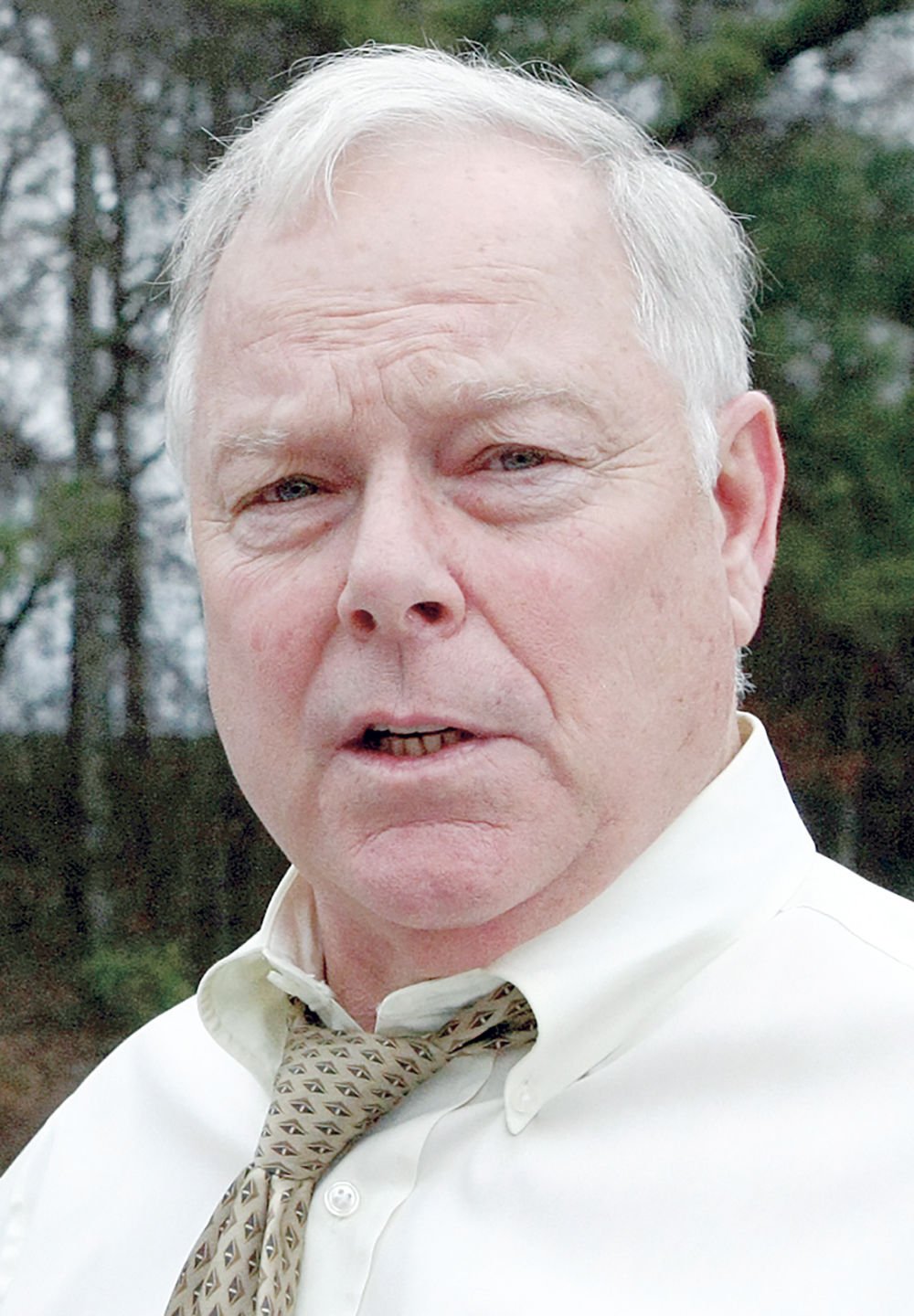 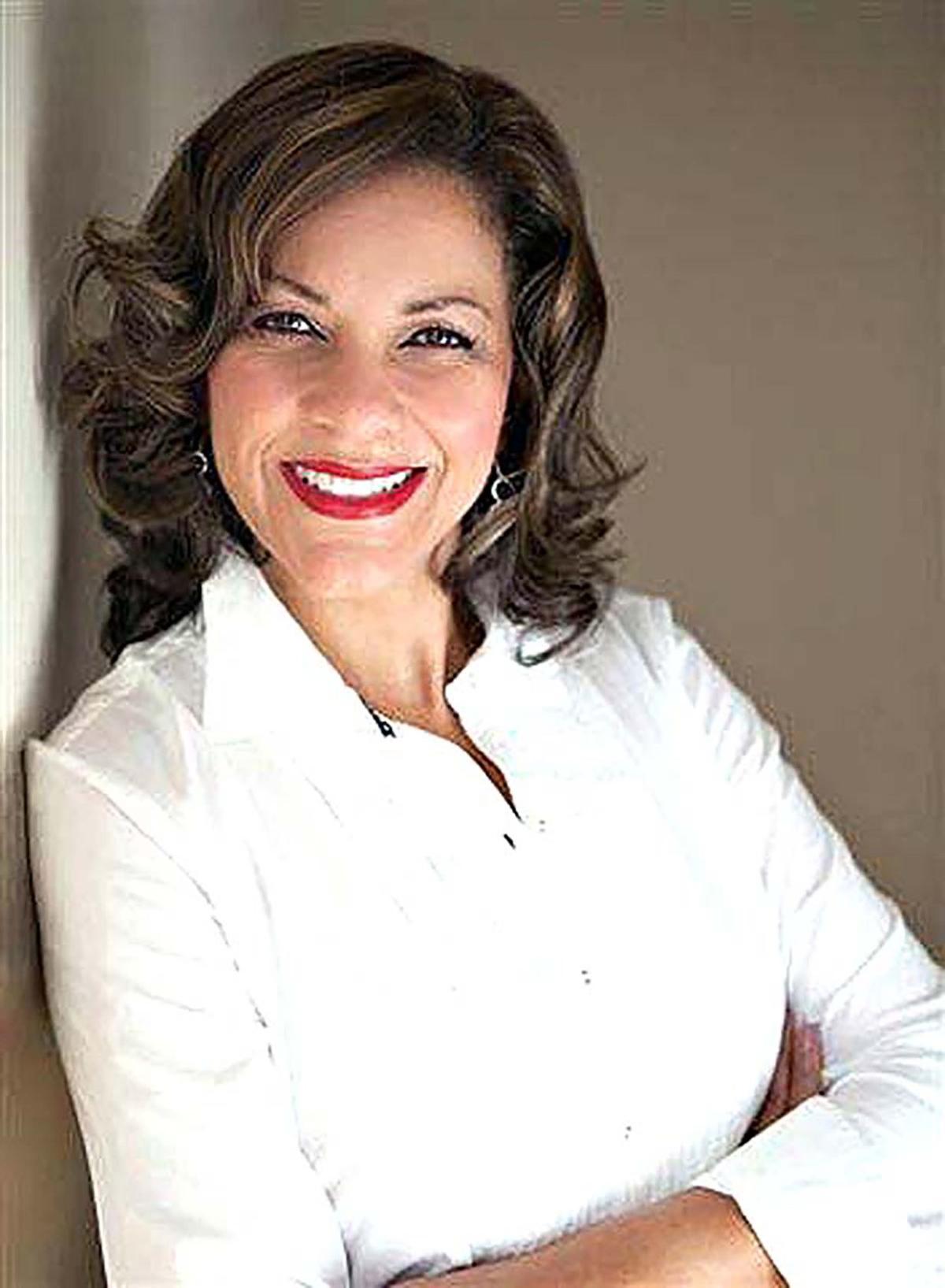 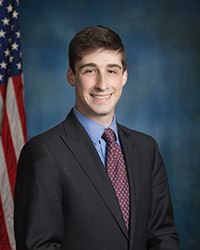 Tumlin has floated the idea of purchasing the state-owned parking lot between Mill Street and the Marietta Square Starbucks and using the spot for a new multi-story parking deck.

Marietta’s Public Works Committee recently voted unanimously to direct staff to look into buying property for a new downtown parking deck, but council members have differing opinions on whether a deck is the best solution for Square parking woes.

Councilwoman Michelle Cooper Kelly, vice chair of Public Works, said she’s willing to consider buying the lot from the state, but wants more information on the cost of building a deck and where the funds would come from before she could support building it.

“I think it’s worth exploring, not with the commitment for the parking deck because obviously we’d have to figure that out, and funding, but it’s worth the city owning the land in my personal opinion,” she said.

Tumlin said he would agree to remove specific language about the deck from the motion.

“This is pure and simple about us buying a piece of property that could be valuable for us in the future,” he said.

“They’re in a financial crisis, we have a need, and I just wonder, are we missing an opportunity?” she asked. “I agree, we need parking, what gives me a little pause is parking decks because the county just has not been successful with their multi-level parking deck.”

City Manager Bill Bruton said the city is in the process of conducting a downtown parking analysis, which will consider that possibility, among others. He said the results of that analysis should be available in two or three months.

Speaking to the MDJ on Tuesday, Councilman Grif Chalfant, who chairs the Public Works Committee, said he is not totally opposed to building a deck off Mill Street depending on the cost, but he likes Kelly’s idea of getting in on the county decks better.

“I prefer to try and work with the county and see if we can’t have better access to the ones that they have and have some kind of deal where we pay the county for their use,” he said.

Chalfant also said he wasn’t in favor of Tumlin’s idea of using new 1 percent special purpose local option sales tax funding to pay for the deck. Cobb Chairman Mike Boyce has called for a referendum in 2020 that would allow voters to decide whether they want a new SPLOST.

“I’d like to see the SPLOST go through, and I think that will not help make the SPLOST work this time around,” Chalfant said.

Tumlin said he got the idea of using a SPLOST to build a deck from Smyrna, whose preliminary five-year SPLOST list includes $4.5 million for a downtown parking deck.

Tumlin said using a SPLOST would also allow the city to charge lower rates to people who park at the deck than floating a bond.

Councilman Johnny Walker, the committee’s third member, said he could get behind using a SPLOST to pay for the deck if the voters are behind it.

“If the citizens are favorable about it, I think that would probably be a good thing,” he said. “We definitely have a parking problem on the Square, and we’ve got to do something about it. If the citizens agree to vote this in, I think that would be a good way to spend some of the SPLOST money. We’re a long way off from that, but doing it that way it could make it so parking is more affordable.”

Councilwoman Cheryl Richardson said she agrees with Walker that building a deck would be a good use of SPLOST funds. But, citing a recent update to its Envision Marietta Livable Centers Initiative Plan, she said she would also like to see amenities pop up beyond the Square’s borders to attract shoppers and diners elsewhere in the city.

Councilman Joseph Goldstein said he was generally in favor of building a deck off Mill Street.

Downtown parking discussions have plagued mayors and councils in Marietta for decades. In 2009, for example, the Downtown Marietta Development Authority proposed building a multistory parking deck off Mill Street with a $4 million to $5 million price tag, but then-Mayor Bill Dunaway opposed it.

The city is scheduled to discuss the plan to purchase the land once more at its meeting Wednesday night and take a final vote July 10.

Do you support the concept of using SPLOST funds to pay for a Mill Street parking deck?

Just another problem solved by use of Autonomous Electric Vehicles (AEV"S) controlled by a rideshare company such as Uber or Lyft. We could transform existing parking lots into neighborhood parks. We should insist on this rather than convert into MORE OUT OF CONTROL BUILDING!! It's my belief that AEV's are the solution for ALL current ground transportation problems!! 2020 is right around the corner when I believe AEV implementation will take off in a big way. That is for those who recognize that AEV's are the 21st century godsend to transportation!!