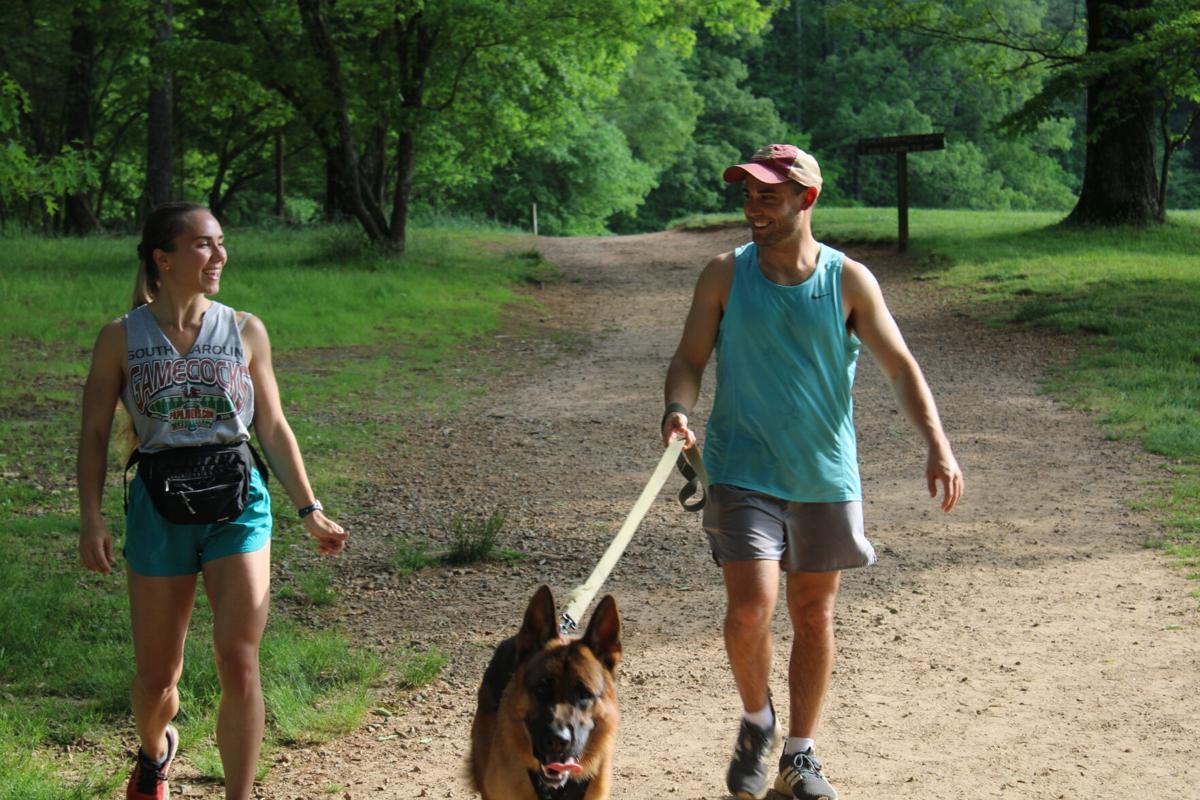 Alyson Driscoll and Daniel Bretz take their dog, Zeus, out for a stroll near the Pigeon Hill trailhead at Kennesaw Mountain National Battlefield Park, near the future site of a multi-use pathway that will break ground in June. 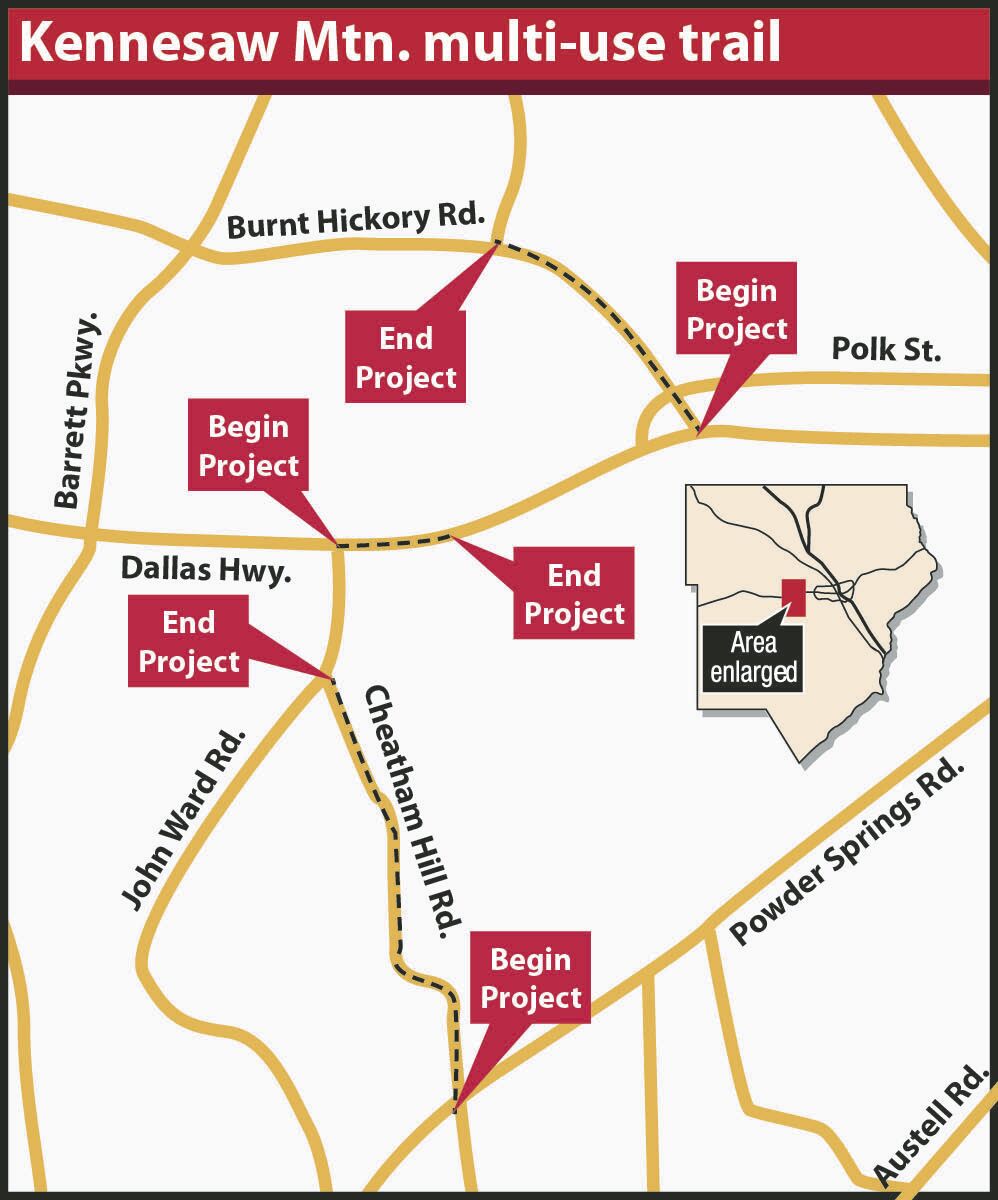 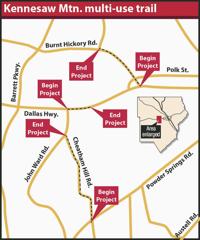 Alyson Driscoll and Daniel Bretz take their dog, Zeus, out for a stroll near the Pigeon Hill trailhead at Kennesaw Mountain National Battlefield Park, near the future site of a multi-use pathway that will break ground in June.

The Cobb Department of Transportation is set to break ground this summer on 3.85 miles of multi-use pathways in and around the southern portions of the park. Intended for cycling and pedestrian use, the project aims to expand recreational opportunities within the park and better connect existing trails.

According to Cobb DOT director Erica Parish, the project is a joint venture between the county, the National Park Service, and the city of Marietta.

This week, the Cobb Board of Commissioners approved two agreements with the Georgia Department of Transportation and Lewallen Construction Company to begin work on the project. GDOT is contributing up to $5.5 million for the project; the county has also secured up to $4 million in funding from the Federal Highway Administration.

The National Park Service, meanwhile, is spending $1.7 million, and the county’s estimated tab is around $1.9 million, which will come out of 2016 1% special purpose local option sales tax funds. The construction budget is set at $9.3 million, but the total project cost, including right-of-way acquisition, utility relocation, and other work, will come out to over $12 million, said James Hudgins, the project’s manager.

Cobb DOT has endeavored to create a “story map” for the project (located at https://arcg.is/yP5zn0). The latest timeline for the project has construction beginning in June, with the Cheatham Hill portion being completed within the first 12 months.

As the DOT site explains, the project will require the closure of a portion of Cheatham Hill Road for about two months this summer while a 36-inch water line is relocated.

Commissioner Keli Gambrill, who represents most of the area where the trail will be built, said the proximity to some private homes along Cheatham Hill Road initially caused some consternation among homeowners.

“It did meet some resistance from area residents, given where they wanted to put the sidewalk. Some of the roads there are very narrow,” Gambrill said.

The new infrastructure is likely to see plenty of use when completed. On a warm April evening, dozens of joggers, hikers, and folks out for a stroll streamed past the Pigeon Hill trailhead where the Burnt Hickory portion of the path will terminate.

Alyson Driscoll and Daniel Bretz were out for a trek with their German shepherd, Zeus, near the trailhead. The pair recently moved to east Cobb from south Florida, and said they’ve found the park’s ample trails to be a favorite amenity of theirs in Cobb.

“We just love coming out here,” Driscoll said, as Zeus tugged eagerly at the leash.