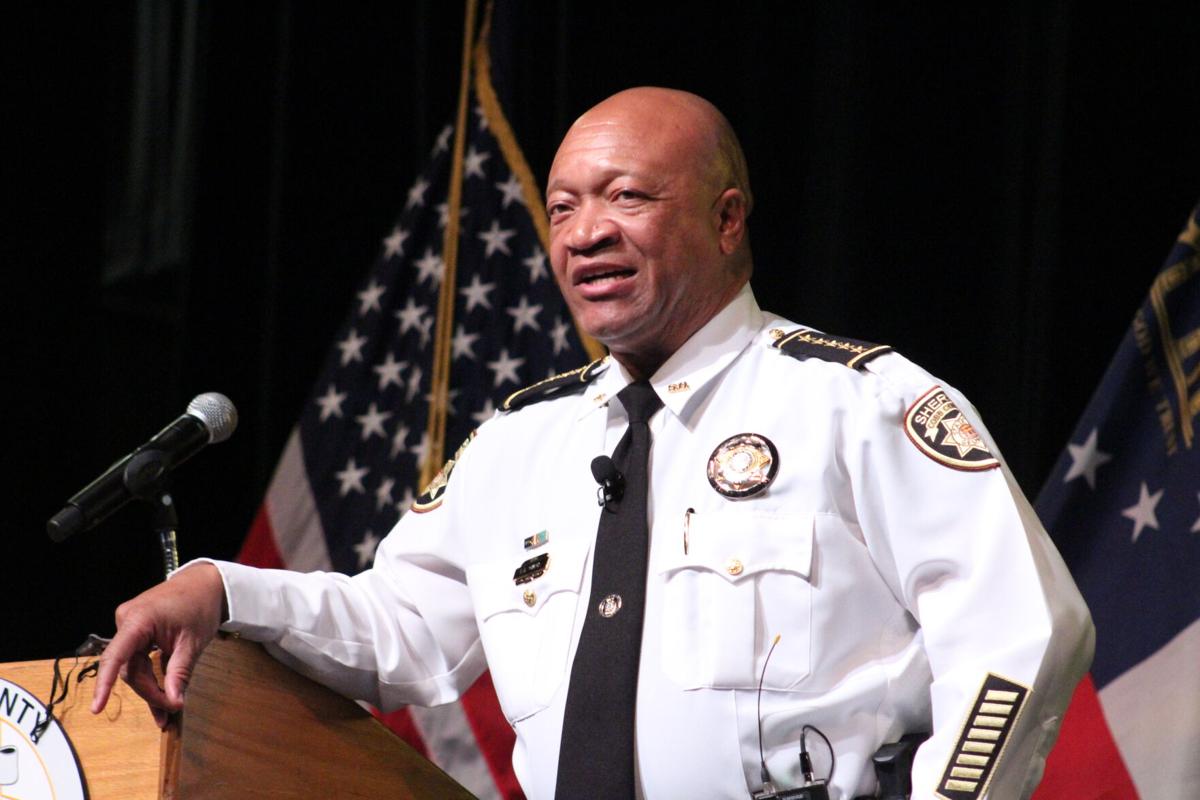 Cobb Sheriff Craig Owens said he had met “99.9%” of the goals he had set for himself when he took office Jan. 1. 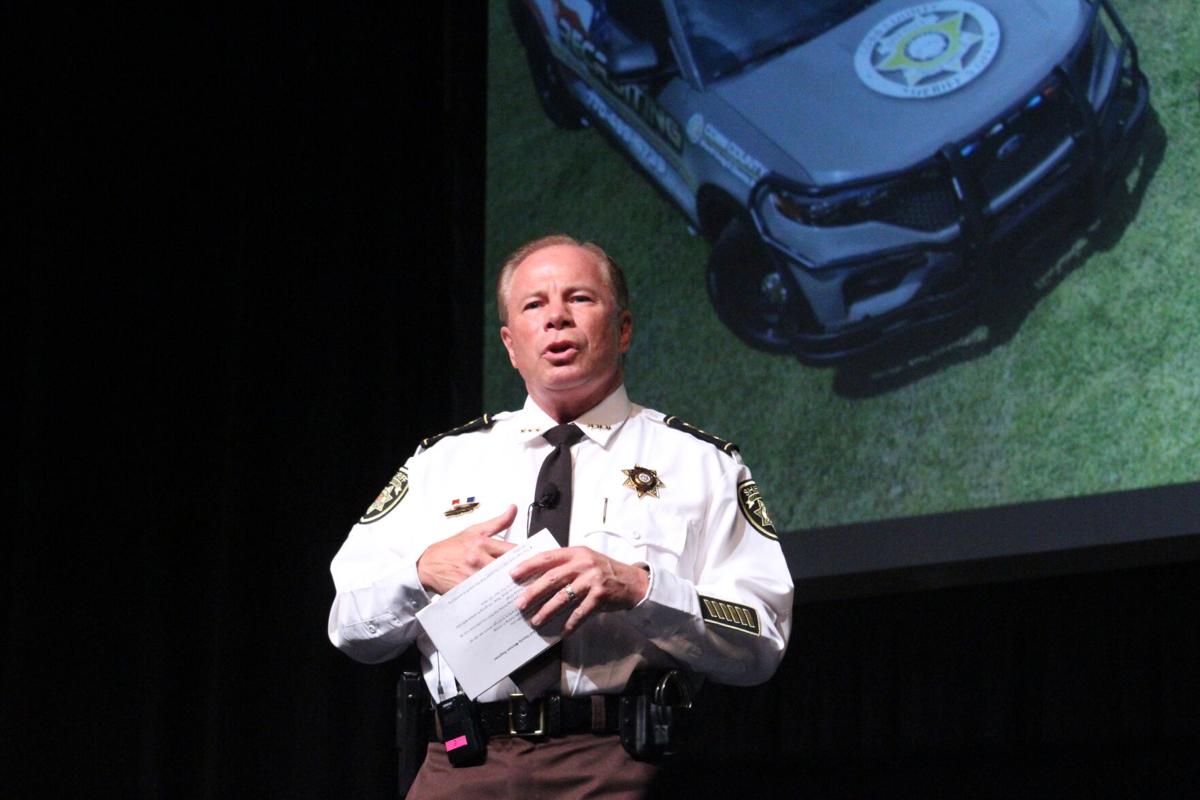 Michael Register, Cobb’s former chief of police and Owens’ current chief of staff, said the change at the sheriff’s office has been “mind boggling.”

Cobb Sheriff Craig Owens said he had met “99.9%” of the goals he had set for himself when he took office Jan. 1.

Michael Register, Cobb’s former chief of police and Owens’ current chief of staff, said the change at the sheriff’s office has been “mind boggling.”

MARIETTA — During a two-hour presentation this week, newly-elected Cobb Sheriff Craig Owens said he had met “99.9%” of the goals he had set for himself when he took office Jan. 1, and detailed his vision for his next 100 days.

According to Owens’ chief of staff, Michael Register, the office will soon establish:

♦ An automated injury detection system for deputies injured in the line of duty;

♦ and millions in detention center renovations.

As of Tuesday, Owens said, he had implemented a duty-to-intervene policy for deputies who witness colleagues violating their oath in the line of duty and a “conduct review board” and safety training for county judges. He has also improved pay parity among office employees, restructured departments and acquired new body cameras and dashboard cameras for deputies.

An accounting firm is wrapping up its audit of the office’s finances and has yet to find any significant wrongdoing, Owens said. And, as the MDJ previously reported, another firm is set to begin its audit of the detention center, which took center-stage during the campaign last year due to several deaths among inmates in the former sheriff’s custody.

Owens said it would be naive to think nobody would die at the detention center under his watch. But he insisted it would not be for lack of medical care or outdated technology or policies.

He also took aim at critics of his decision to end the office’s collaboration with U.S. Immigration and Customs Enforcement, a partnership his predecessor, Republican Neil Warren, insisted kept the county safe and that immigrants’ rights activists said tore families apart for minor infractions such as speeding or driving without a license.

“Cobb is not a ‘sanctuary county,’” Owens declared. “Cobb does not allow criminals to walk free and break the law without any repercussions. Never have, never will. … So don’t let (critics) scare you with that tactic, because it’s not true.”

During a question-and-answer session toward the end of the presentation, television reporter Chris Jose, who also served as the event’s master of ceremonies, asked Owens how he would pay for the slew of upgrades.

Owens said his office has worked “within the budget guidelines (the Cobb Board of Commissioners) already set for us, so we’re not doing anything outside that line.”

At one point, Owens asked for patience as he continues his overhaul of the office.

“Some people expect me to fix things overnight,” he said. “(But) it didn’t get broke overnight.”

Register, Cobb’s former chief of police and public safety director, said the change at the sheriff’s office has been “mind boggling.”