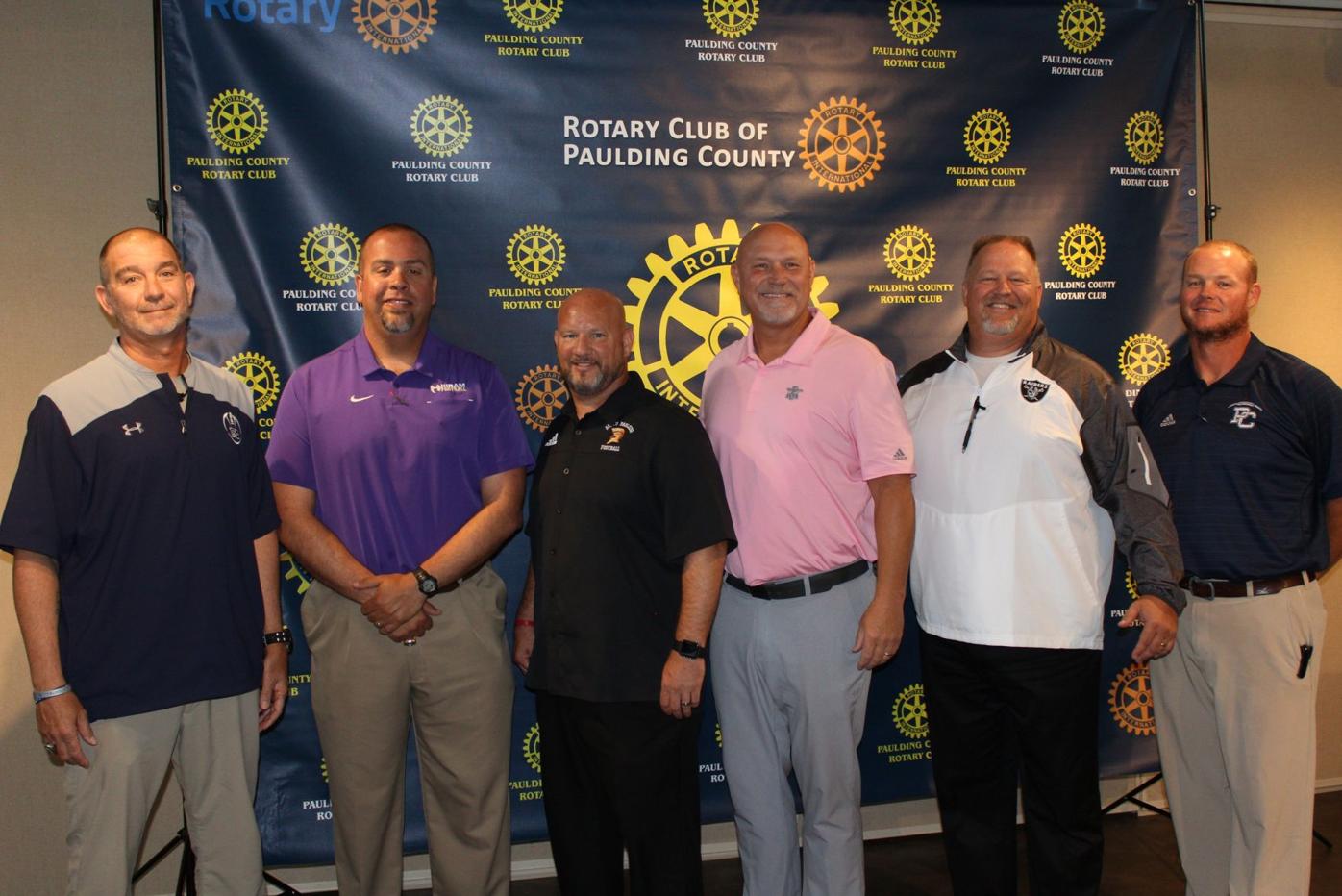 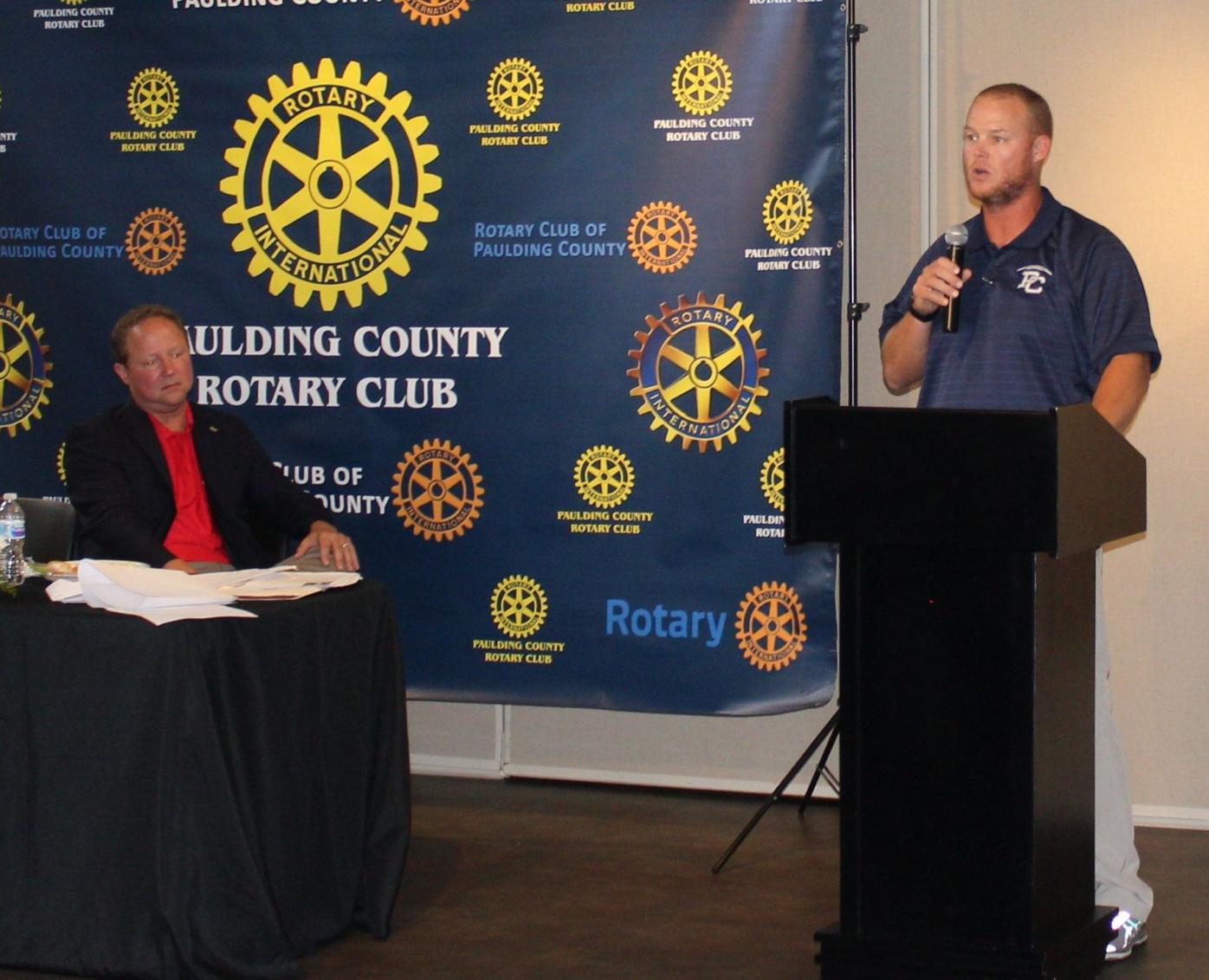 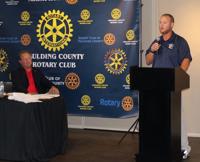 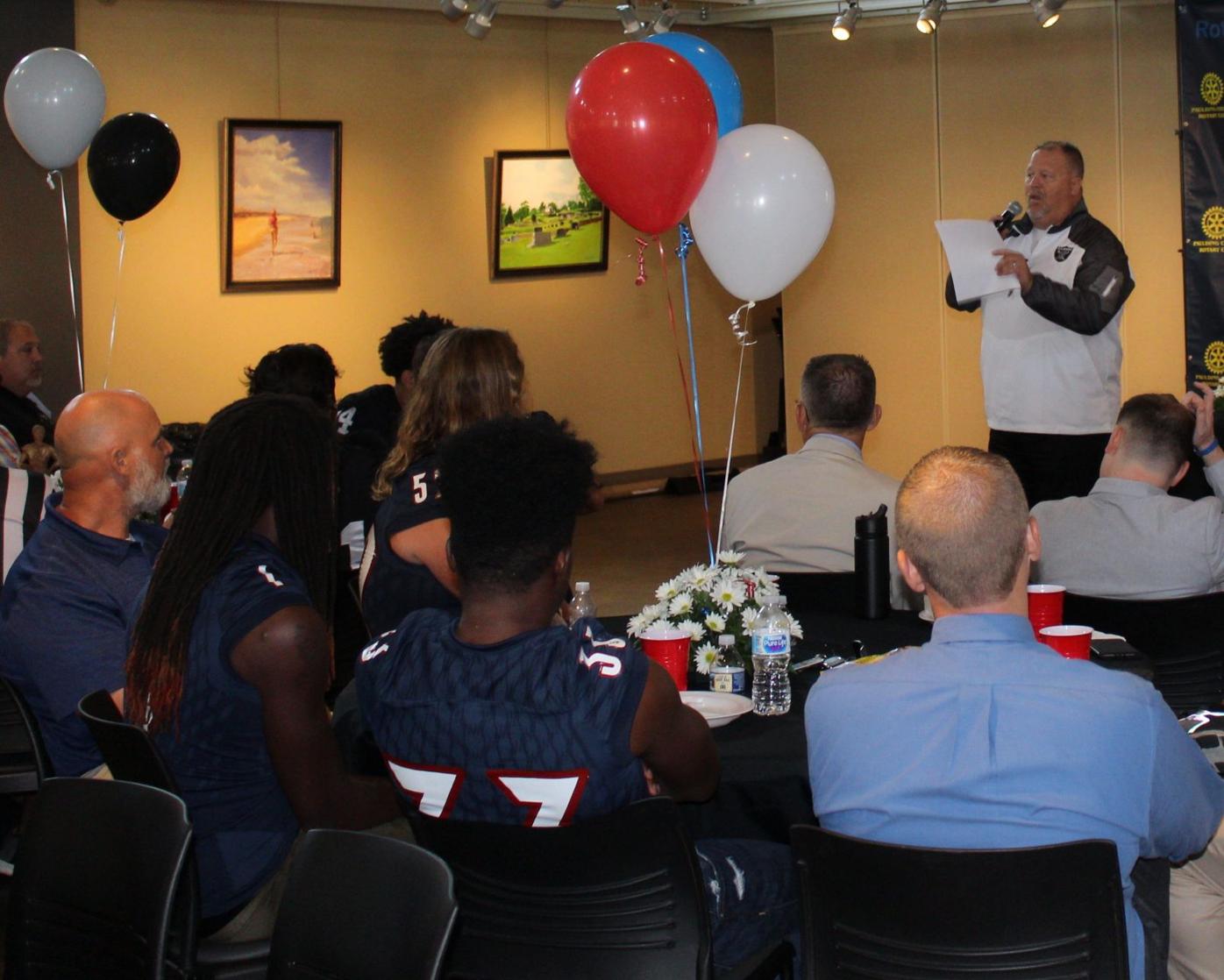 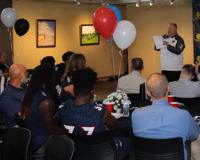 Some East Paulding High School players’ response to a tragedy an opposing team’s player suffered helps illustrate some qualities the county’s football coaches are hoping their young players develop in their programs.

Two coaches also recounted during the club’s annual “Pigskin Preview” event about a recent incident showing why it was important the players know about such qualities as empathy.

“It is about being a part of something bigger than yourself,” Freeman said.

Head Coach Pete Fominaya of Hiram High School said one of his players was participating in a football practice recently when he was told about the fire at his home.

“I know you are hearing about this but to see it firsthand is completely different,” the coach said.

“When one of your players is on the practice field and he has to sprint off because his house is on fire … you know, this is just a game but life, families, experience, that’s what it’s about,” Fominaya said.

He said Tabernacle Baptist Church, Fellowship of Christian Athletes and others worked to raise thousands of dollars for the player’s family.

Among the donors were East Paulding High School Athletic Director Brad Thomason, Head Coach Billy Shackelford and some of the football team members.

The players comprised a team leadership group which raised $250 for the boy’s family to replace items lost in the recent fire, Thomason said. They then visited a Hiram team weight training session Aug. 12 and presented the money to him.

Hiram will face East Paulding this season, but Fominaya praised his team’s future opponents for the gesture.

“For them to step up and come yesterday on our campus into a little weight training session to reward that young man, it brought him to tears,” Fominaya said..

“You know, 17-year-old boys are supposed to be tough. But he broke down because he understood that people loved him, people cared about him, cared about his family.

“Those are the things that really matter. That’s how you leave a legacy,” Fominaya said.

Shackelford said some of his team leaders took the “initiative” to raise the money and deliver it to the Hiram player.

“I’ll be honest with you. That was more of a blessing for us than it was for that young man,” Shackelford said.

He said his coaching staff was working at “developing a great chemistry of leaders” by allowing the players to lead at times without their assistance.

“I really think it’s starting to cultivate and grow leaders within our program,” Shackelford said.

At the Rotary event, the coaches told about ways their coaching staffs were teaching their student-athletes lessons about life outside football.

Coach Jim Bob Bryant of North Paulding High School was accompanied by three players who all had 3.6 grade point averages, including kicker Brock Travelstead who was named to some preseason all-state and all-American teams.

“From your grades, to what college you go to, to every rep in the weight room to every rep in practice, we try to tell our kids that everything in life is a competition,” he said.

“If we can do that, and invest our time in the weight room, in the classroom, on the playing field; invest in each other, we’re going to have growth,” he said.

“That growth is in the classroom, on the playing field and in life,” he said. “That’s what these kids have done since I’ve got here.”

The event allowed the crowd of local business and civic leaders, elected officials and school district administrators to hear about the five teams’ prospects for the upcoming season.