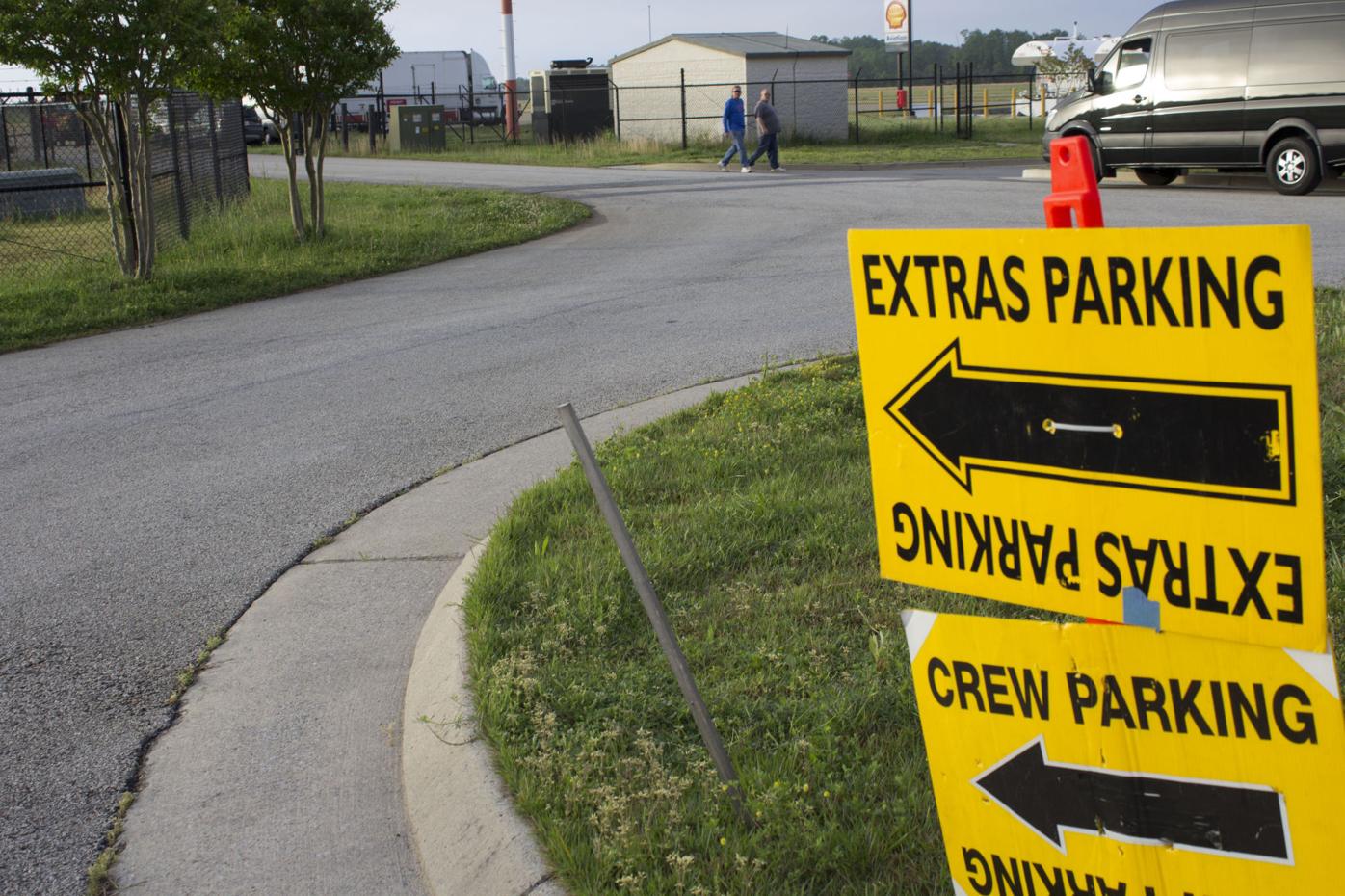 Signs point the way for crew members and extras to park during filming of ‘The Last Good Measure’ at Silver Comet Field airport near Dallas in April. 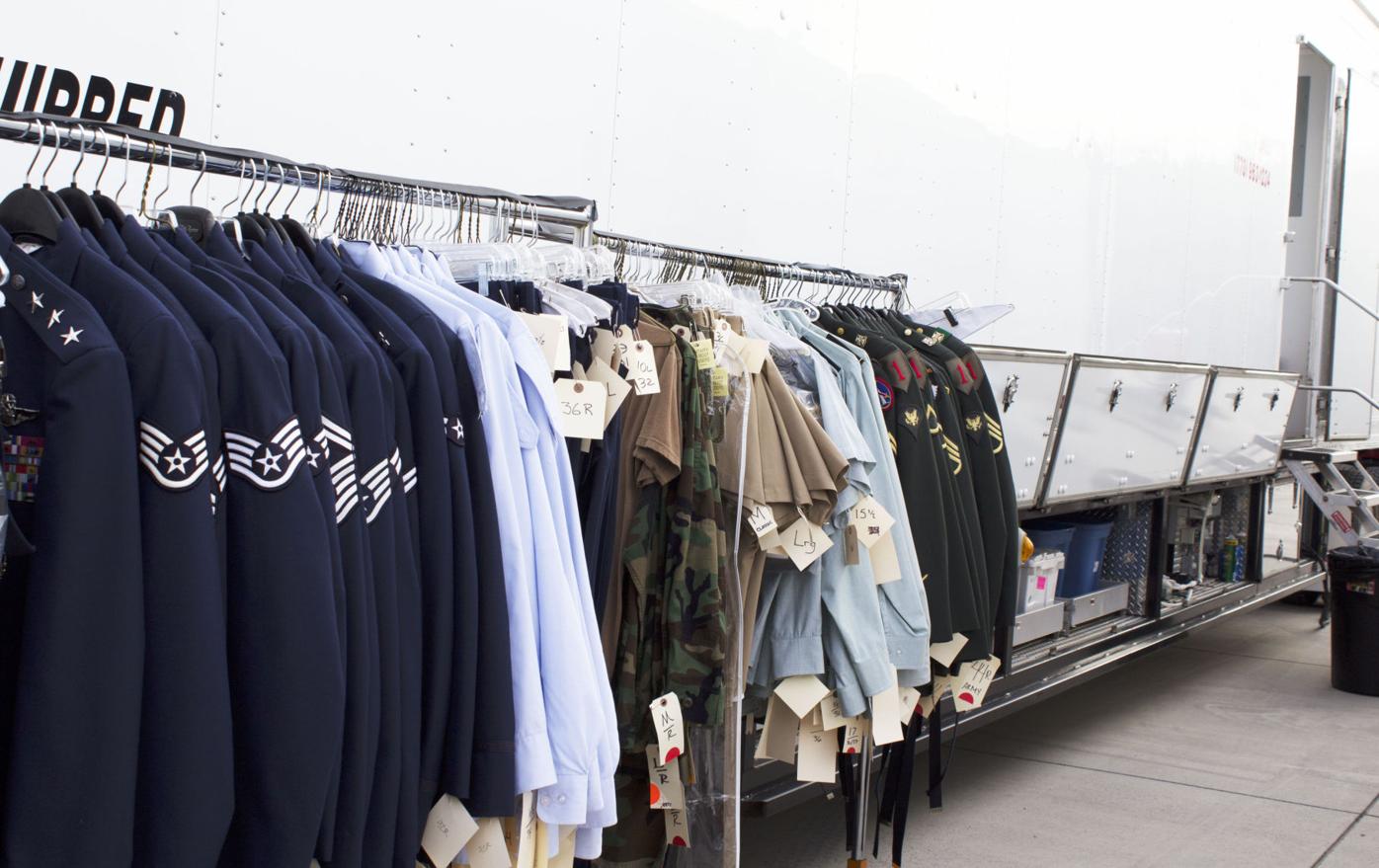 A rack of costumes awaits use by actors before a recent day’s filming of ‘The Last Good Measure’ at Silver Comet Field airport near Dallas. 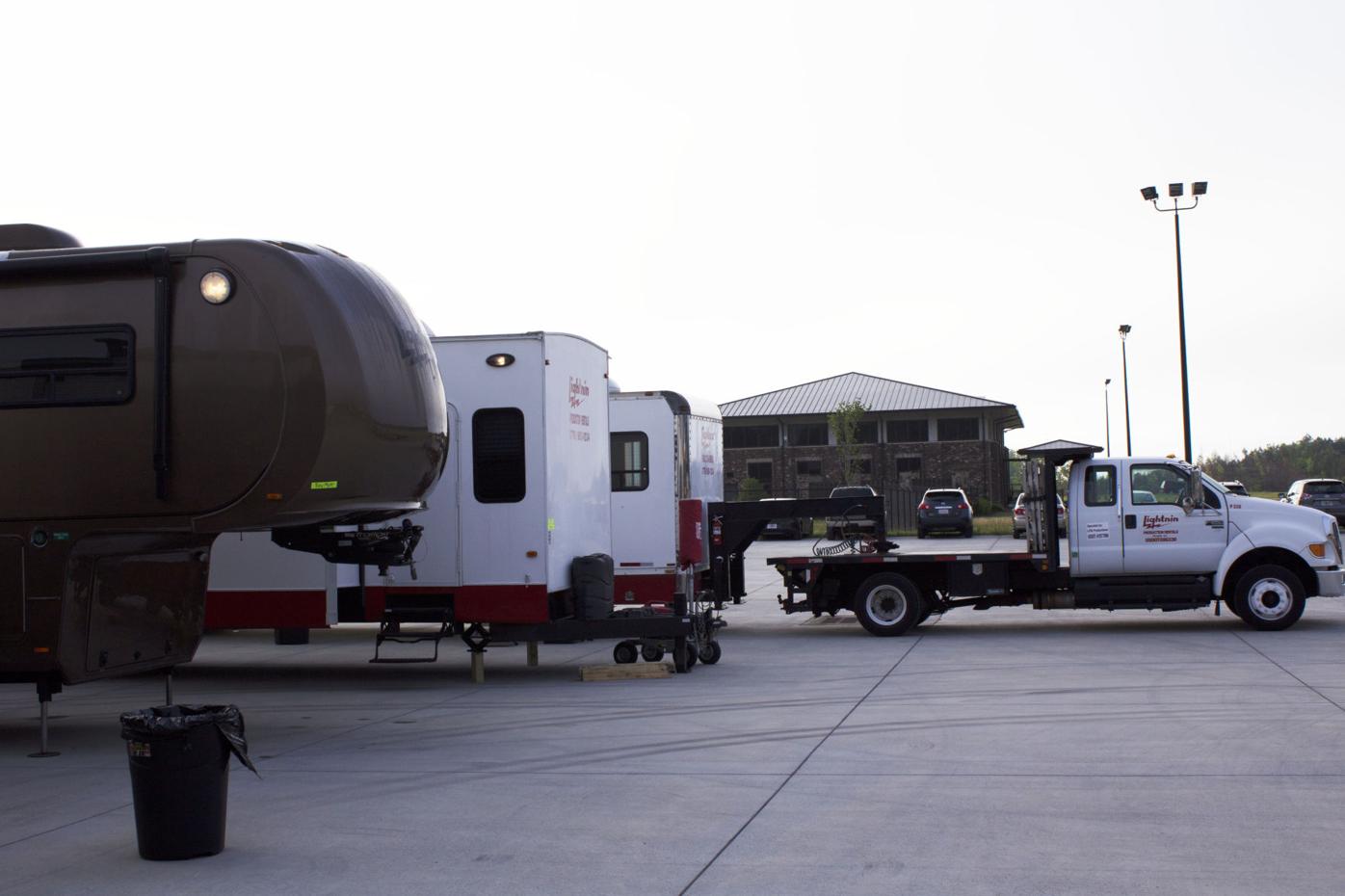 Signs point the way for crew members and extras to park during filming of ‘The Last Good Measure’ at Silver Comet Field airport near Dallas in April.

A rack of costumes awaits use by actors before a recent day’s filming of ‘The Last Good Measure’ at Silver Comet Field airport near Dallas.

Paulding's airport is fast becoming a popular location for a commonplace activity in Georgia — film production.

Filming recently wrapped on the fourth production in a year at Silver Comet Field as the new film "The Last Full Measure" was shot at the airport earlier this month.

The film used a variety of locations at the airport, including the tarmac, a hillside area for a target practice range, and the airport's new corporate hangar as a base of operations for the crew. It also reportedly is filming in Costa Rica.

Wes Hagen, the chief location manager, said the Paulding airport worked well for “The Last Full Measure” — especially when hundreds of extras were required for a scene in which the movie’s subject, a Vietnam War medic, receives a posthumous Medal of Honor.

He noted the airport is not "super busy," which made it easier to maintain creative control. The facility averages about 10 takeoffs and landings per day.

“Working at airports is never an easy thing,” Hagen said.

Interim airport director Terry Tibbitts said the production used the airport for 10 days in March and April and paid the Paulding County Airport Authority $1,000 per day for rental of the hangar.

"We are becoming the go-to location in this part of Georgia," he said.

Hundreds of extras and about 100 trucks were needed at the airport for part of the filming. It employed a catering service, and rented equipment, which placed about $100,000 in the local economy, Tibbitts estimated.

"It's been a very lucrative thing for Paulding County," Tibbitts said.

The production also used a Texan and Twin Otter airplanes, and two helicopters, which purchased fuel from the airport, he said.

Yolanda Newell, the airport’s senior administrative assistant, said Silver Comet Field has been the location for four separate productions in the past 12 months.

An ad for Ford Motor Co., titled “Roll On Sister,” used the airport for some of its scenes Sept. 20. The independently-produced comedy/drama movie "Beauty and the Beholder" filmed there Sept. 24, she said.

It also was the location for scenes in a show trailer ad for the CBS-TV series “MacGyver,” Newell said.

It is based on the true story of a Pentagon investigator who “reluctantly teams with veterans of the 1966 Operation Abilene to convince Congress to award the Medal of Honor to a courageous Air Force medic,” named William Pitsenbarger, who saved the lives of 60 Marines ambushed in one of the bloodiest battles of the Vietnam War. He was killed after continuing to save lives after the last helicopter departed.

Pitsenbarger was awarded the Medal of Honor in 2000, which was 34 years after his death.

Hagen said Tibbitts and Newell worked well with the crew and made sure they had what they needed before and during filming — all while the airport continued to operate normally.

“We couldn't have done it without them,” he said.

Hagen said he chose Paulding airport after considering it for an earlier film, the 2016 blockbuster “Hidden Figures.” However, he ended up at Lockheed in Marietta because of its current and past use as a military base, he said.

Hagen said the Paulding airport provided a very "controllable" environment with good lighting inside the new hangar and the luxury of plenty of parking for the crew and extras, he said.

Tibbitts said airport officials oversaw normal operations during the filming. Officials moved aircraft in and out of hangars at times when the filming required it, he said.

“They (understood they were filming) around a working airport,” Tibbitts said.

The airport is not the only Paulding location being used for filming of a major, upcoming release.

“Rampage,” based on a popular 1980s-era video game and set to star Dwayne “The Rock” Johnson, currently is using the Atlanta Film Studios Paulding County in Hiram for some of its production in the Atlanta area, Newell said.

Emmy Award-winning thespian Keith David will reprise his acting workshop for aspiring actors entitled “So, You Want to Be an Actor?” at the At…

Purple Factory Outlet opening at The Outlet Shoppes at Atlanta

Arrest records from the June 23, 2021 edition of the Calhoun Times

Rome man charged with exploitation of an elderly person