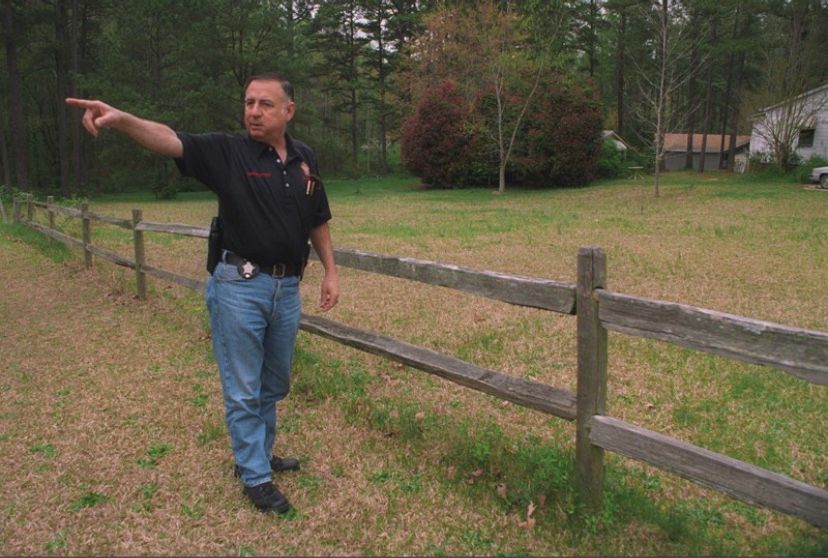 Former Paulding County Sheriff Bruce Harris gestures in a photo from his 16 years as sheriff from 1993 to 2009. 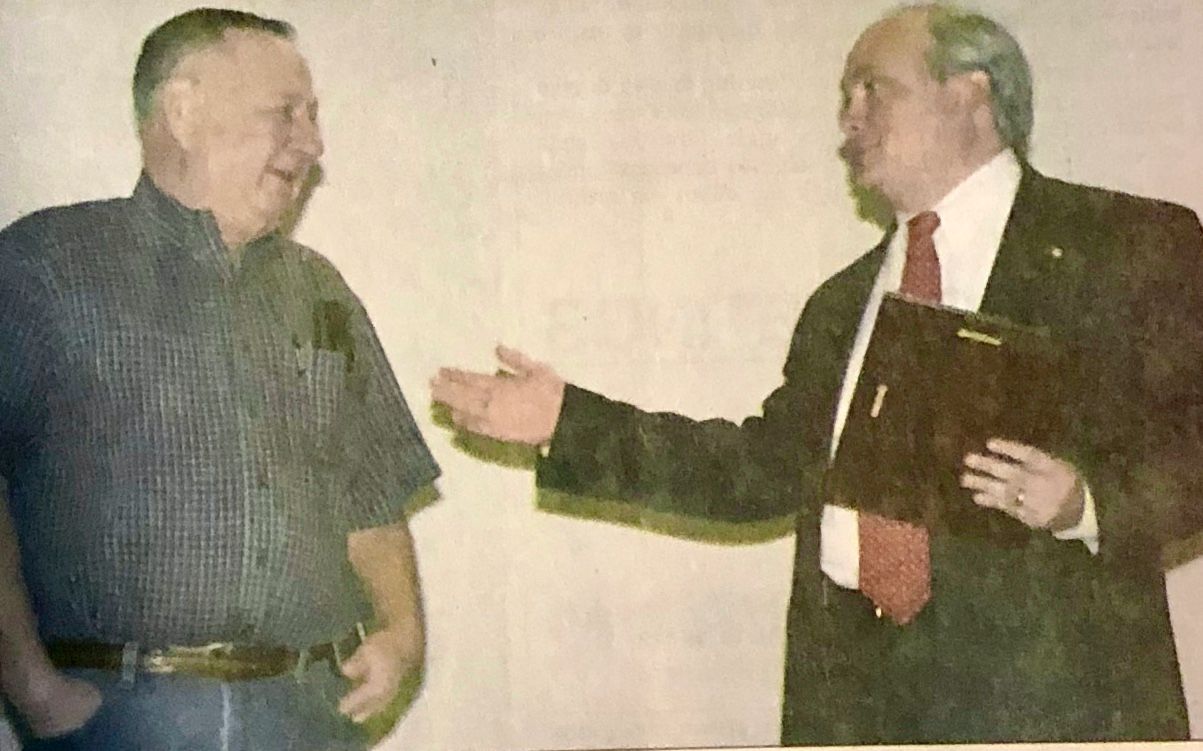 From left, Paulding County Sheriff Bruce Harris receives a plaque from then-District Attorney Drew Lane during a retirement ceremony for Harris in December 2008. 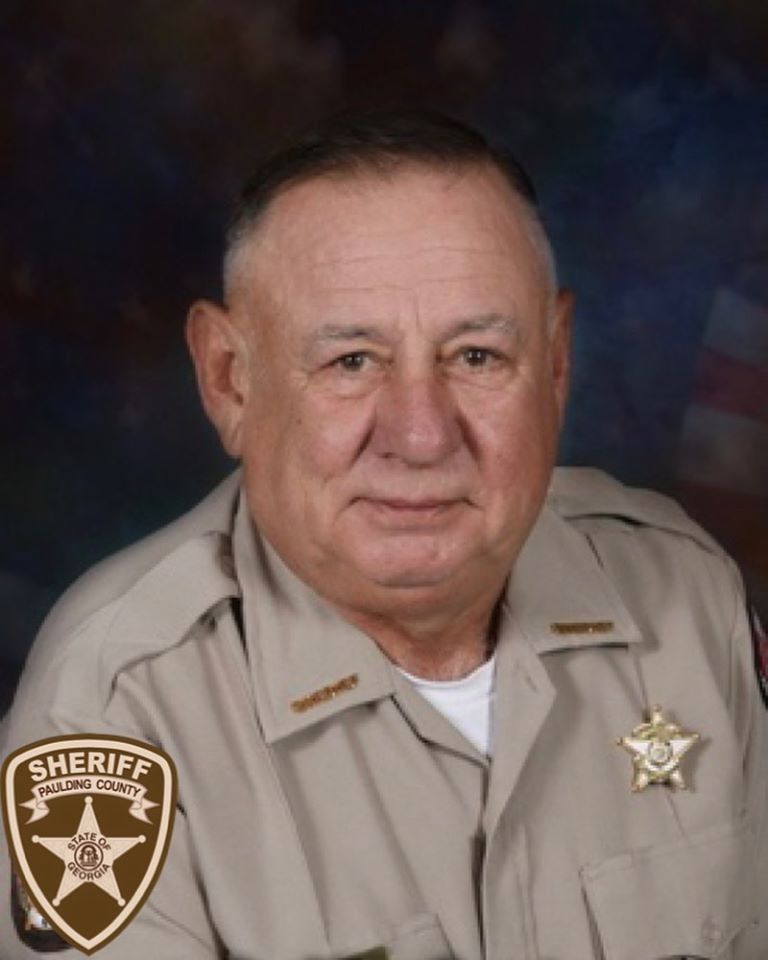 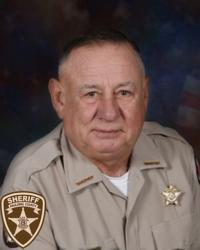 Former Paulding County Sheriff Bruce Harris gestures in a photo from his 16 years as sheriff from 1993 to 2009.

From left, Paulding County Sheriff Bruce Harris receives a plaque from then-District Attorney Drew Lane during a retirement ceremony for Harris in December 2008.

Paulding County’s longest-serving sheriff who is credited with remaking the office into a more professional and modern law enforcement unit died Sunday, Jan. 12.

Bruce Harris, 72, of Dallas, served four terms as sheriff during a period when Paulding County grew rapidly in population.

“Sheriff Harris was a true Paulding Countian and loved every aspect of it. He will be sorely missed by so many.”

Harris served as a Georgia State Patrol trooper before his election as sheriff in 1992. He retired rather than seek re-election to a fifth term in 2008.

Sheriff Gary Gulledge, who is in his third term after succeeding Harris, publicly asked for a moment of silence for the former sheriff and his family during a Paulding County Commission work session Tuesday, Jan. 14.

Gulledge, who worked as a deputy under Harris, said the former sheriff left “big shoes to fill” after Gulledge took office in January 2009 — and he was “still trying to fill them.”

“He’s the reason a lot of the stuff we’ve got at the sheriff’s office is here,” Gulledge said. “Most professional guy, most caring guy — there’s no way I can say enough about him.”

CHANGES MADEAfter Harris won election as sheriff in 1992 and took office in January 1993, he “took over an agency that was in desperate need of professionalism and reform,” a news release stated.

Harris then undertook a program to overhaul the sheriff’s office, the release stated.

“One of his first tasks was to create a standard operating procedure when there was not one before,” said sheriff’s office spokesman Sgt. Ashley Henson.

“He went on to overcome many obstacles in his career which helped shape the Paulding County Sheriff’s Office into one of the largest and most professional sheriff’s offices in the state of Georgia.”

Deputy Chief Brandon Gurley of the Brookhaven Police Department served as a deputy and the sheriff’s office’s first public information officer under Harris.

He said Harris helped change the public’s generally negative perception of the department’s professionalism while being “able to come in” and convince county commissioners about the need for funding badly-needed equipment.

Harris had inherited a department which lacked basic equipment. Some deputies were forced to use their personal firearms as their patrol weapons while others had to patrol the county without portable radios because the sheriff’s office did not have enough to go around, Gurley said.

‘SERVANT LEADER STYLE’He said he also will remember Harris for his “servant leader style” and the fact “he cared for his people” who worked for him at the sheriff’s office.

“With him, it was more that an employee-employer relationship,” Gurley said.

“He was a very personal individual — it was hard not to like him,” he said.

Community policing generally describes a law enforcement program in which officers work directly with individuals in a community to prevent crime.

“He could make (people) feel like lifelong friends,” Gurley said. “A lot held him in lifelong regard.”

“To me he was a great friend. Didn’t have a pretentious bone in his body,” Carruth said. “He loved Paulding County and the people who live here.”

“I will miss him dearly. He made Paulding County a better and safer place to live and we lost a great man that will never be forgotten.”

Carruth said he and Harris “worked great together, never having a cross word” when other counties routinely see their commissioners and sheriffs clash publicly over such issues as funding.

“That’s rare between commission chairmen and sheriffs if you surveyed the state,” Carruth said of their cordial relationship.

Harris also “had a vision to upgrade public safety in Paulding County including more officers, cars, renovation of the current jail and 911, a new administration building and modern techniques including a top-notch S.W.A.T. Team and drug task force, new equipment like bullet-proof vests, and a new firing range,” Carruth said.

“Together we were able to accomplish all those things. Bruce would tell me what he needed and most of the time I would provide the necessary funds.

“When we couldn’t fund everything he needed, he never complained because he knew I would provide him with necessary funds as soon as they became available.”

Carruth also recalled that “although we were all business, we managed to work in some fun.”

“Bruce was a kind-hearted, hard-working sheriff who also loved practical jokes and he was always positive and upbeat,” Carruth said. “He even deputized me and presented me with a badge.”

During a retirement ceremony in December 2008, Harris called it “humbling” he would be honored by his peers.

“It makes me humble to see a turnout like this and it’s exciting but humbling,” Harris said.

Harris was a native of Paulding County and earned a degree in education from West Georgia College in 1969 before working as a teacher in the Paulding County School District.

He later returned and earned an additional degree in criminal justice, Henson said.

Harris in 1975 then “realized his true calling” and went to work for the Georgia State Patrol where he served as a trooper in Paulding County, Henson said.

“‘Bruce,’ as he was called by many, was beloved by so many people in Paulding County,” the release stated.

“He was always available and seemed to listen to his law enforcement radio both day and night. He would show up on a scene regardless of whether it was on a holiday or even in the middle of the night.

“He was a sheriff for the people and was an excellent leader.”

Henson said, “We will never forget the path he paved for those of us at the Paulding County Sheriff’s Office.”

“He made Paulding County a better place because he was the sheriff,” he said.

In lieu of flowers, the family asked that donations be made to First United Methodist Church of Dallas in memory of Harris, a Clark Funeral Home obituary stated.