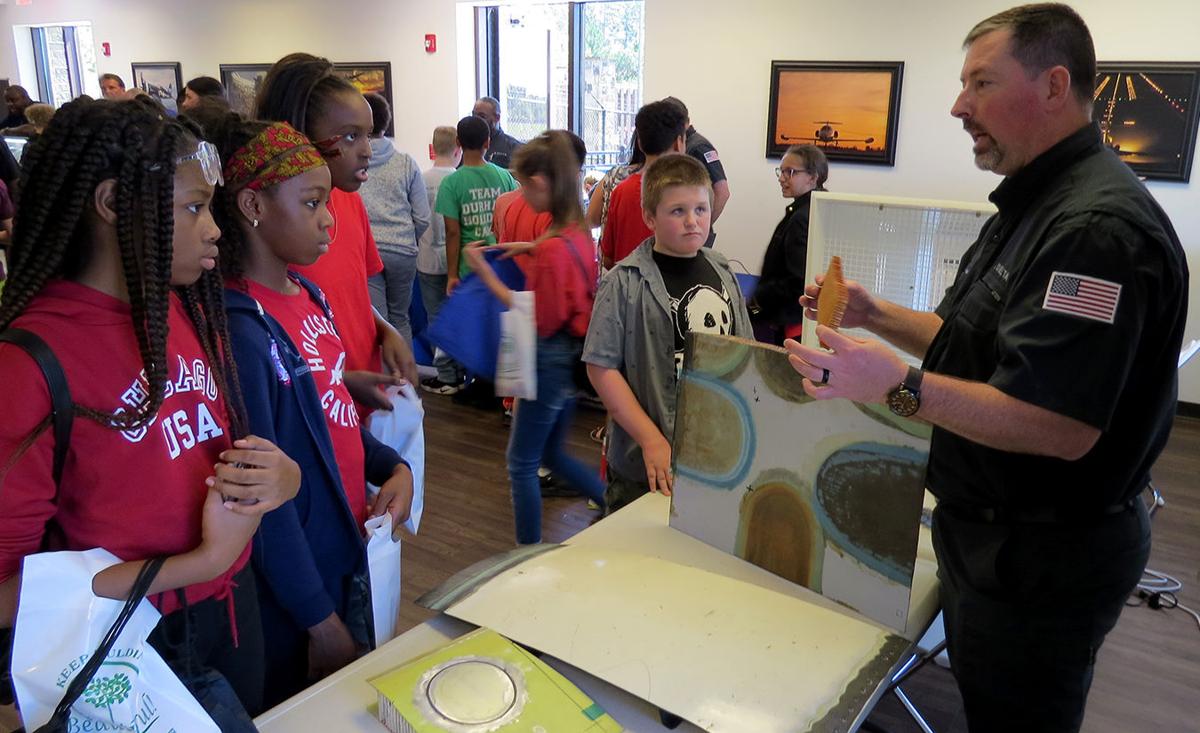 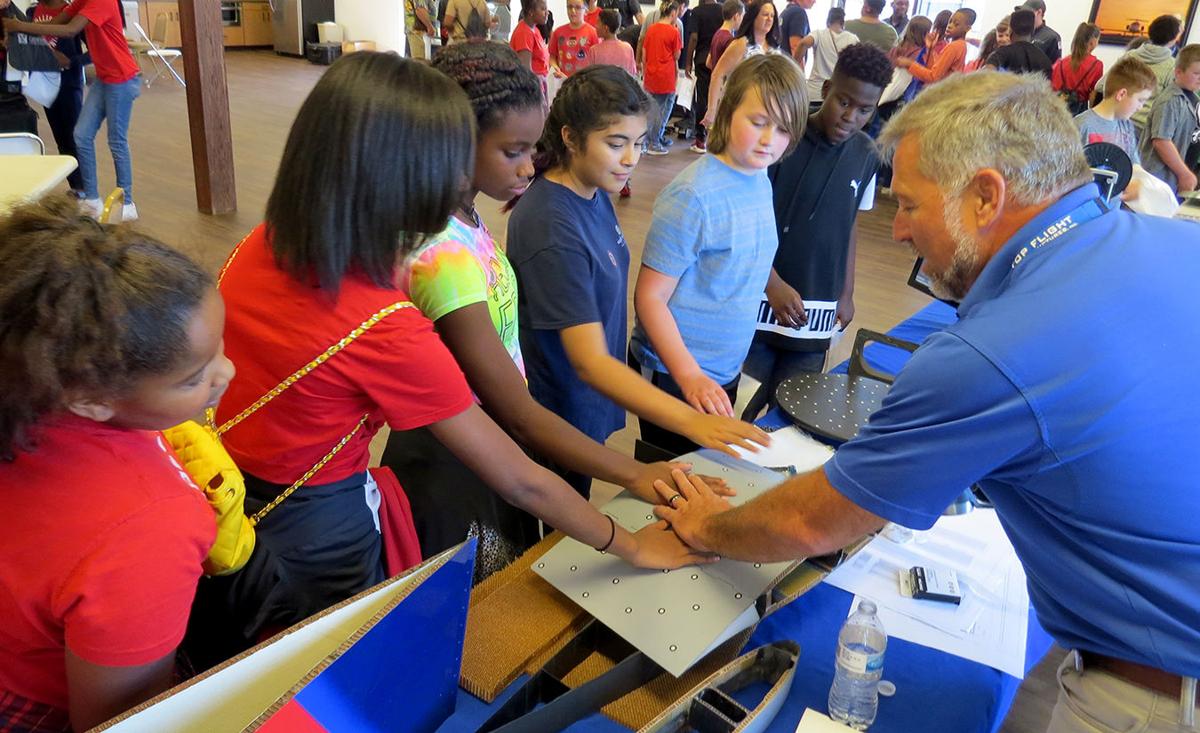 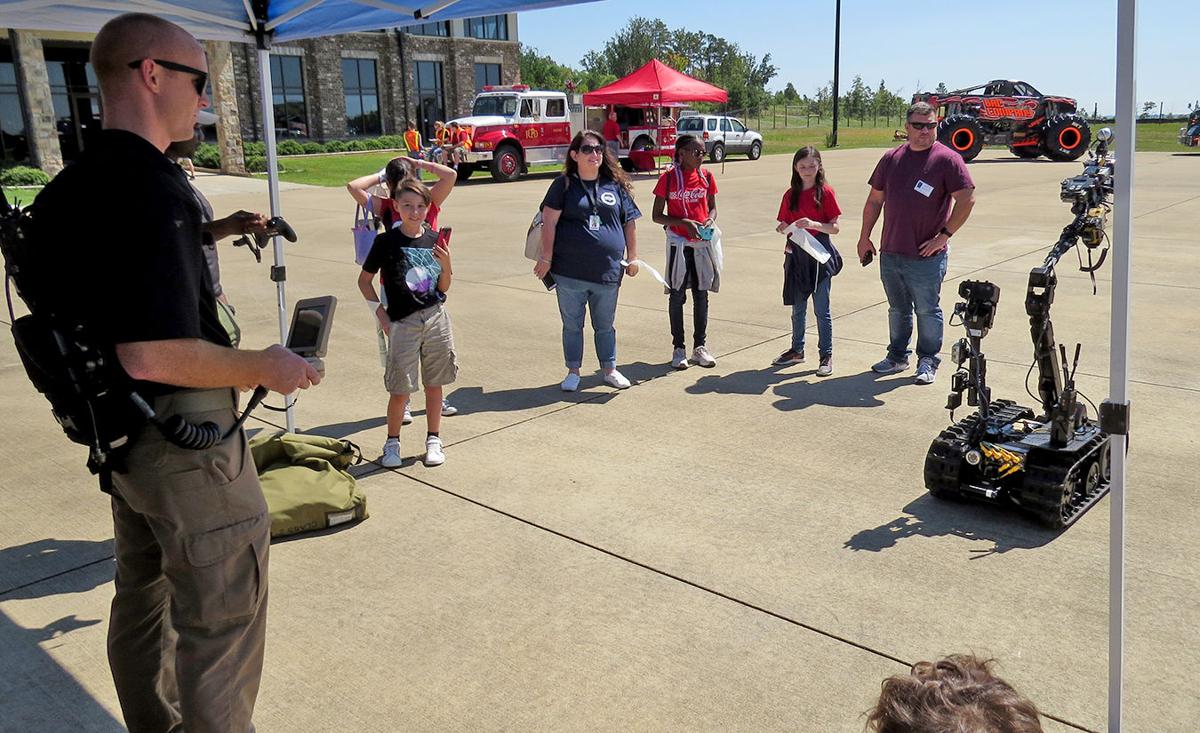 Some Paulding County students got a glimpse at some possible future jobs they could do using knowledge now available to them in their schools.

However, Perry said not all the companies and government agencies represented at the expo were related to skills learned through STEM courses.

STEM is an acronym for science, technology, engineering and math.

“While the purpose was to try to expose the kids to future careers, they were not necessarily STEM careers,” Perry said.

She said organizers of the event wanted to vary their usual lineup of STEM-related vendors.

“We started thinking outside the box,” Perry said. “The more options we give the kids, the better.”

Students from all five high schools, the new College and Career Academy and Ritch and Scoggins middle schools attended the event, she said.

“It was an eye-opening experience for the students, and hopefully the STEM Expo will help inspire more than a few of them to careers in STEM-related fields,” the district’s Facebook page stated.

The event allowed students to talk to “actual people in the field” rather than only seeing textbook descriptions of each employment area represented, Perry said.

Vendors came to demonstrate and display their products and tools of their trade, Perry said.

They ranged from private entities like Delta Tech Ops, which is the maintenance, repair and overhaul division of Delta Air Lines; to the Paulding and Douglas counties’ sheriff’s offices, Perry said.

Others demonstrated welding techniques and the mechanics of engines and machines they repair and maintain.

She said some vendors could offer jobs which offer on-the-job training rather than requiring post-high school education, she said.

WOODSTOCK - Sixth grader Denise Figueroa steers a small car with her convertible tablet/laptop, using keys to control its two wheels and laughs when it nearly collides with a wall.

GreyStone Power’s Annual Meeting of Members will feature a familiar “Voice” from the past this year.

Volunteer firefighters being sought for PCFD