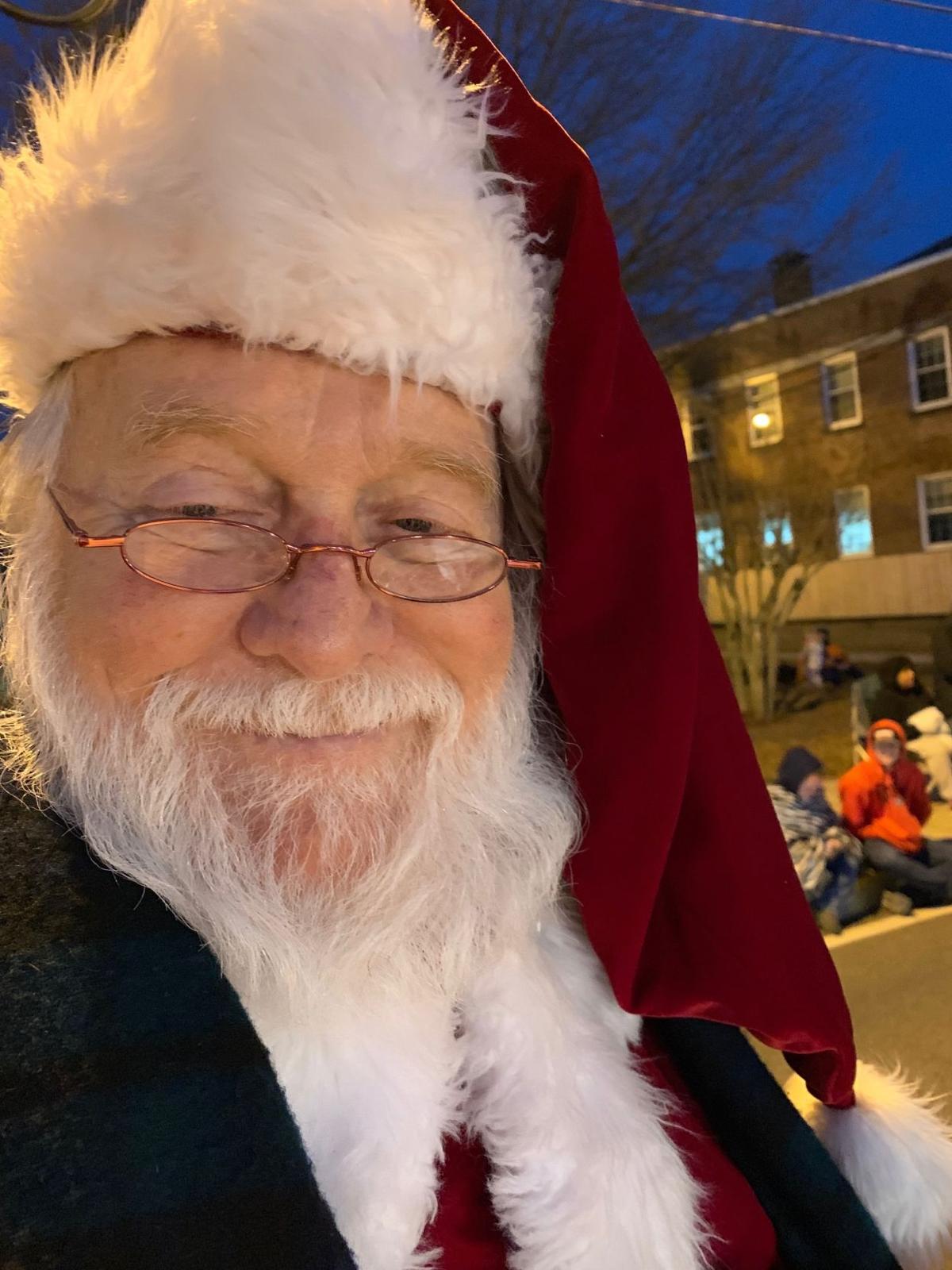 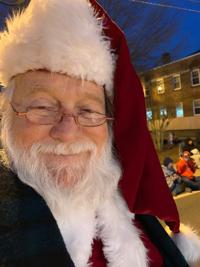 Santa Claus rides atop a float through downtown Cartersville during a past Exchange Christmas Parade. 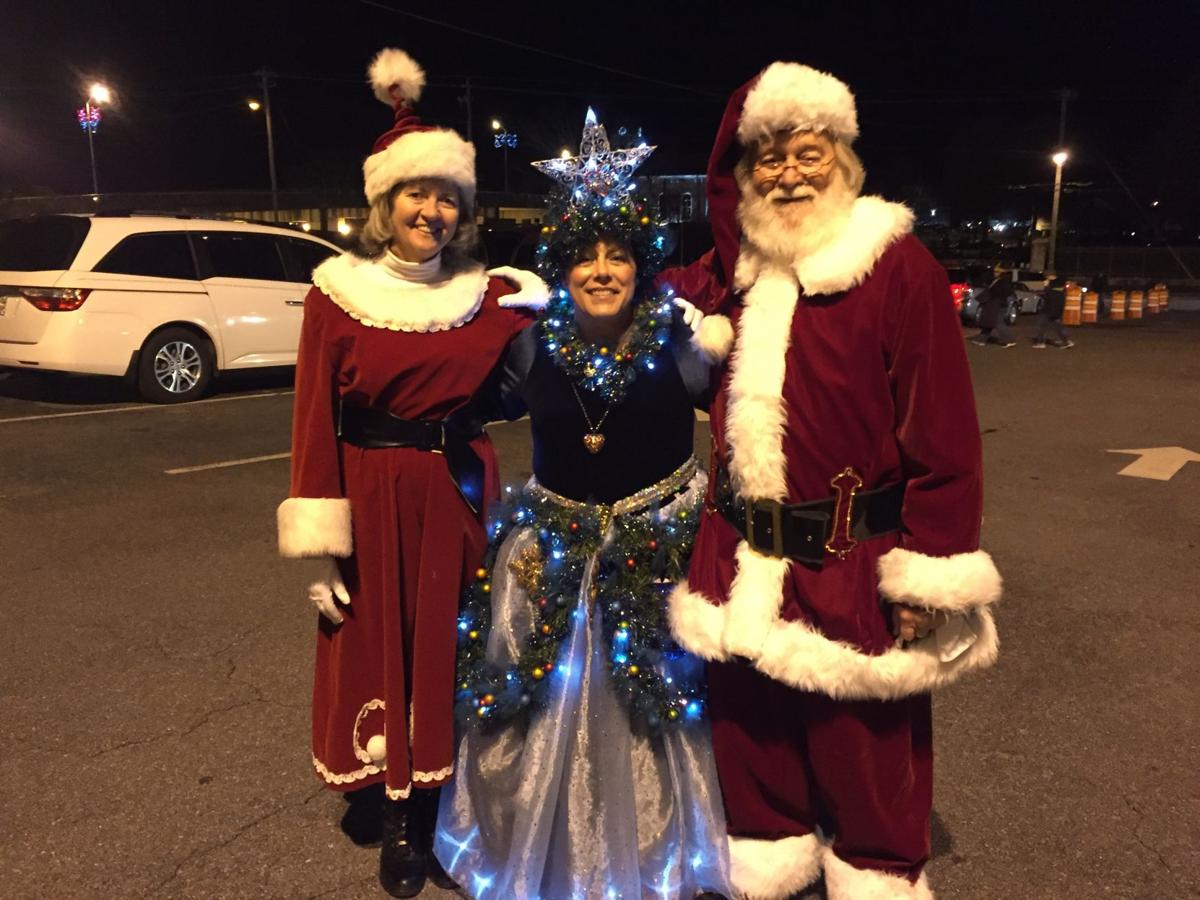 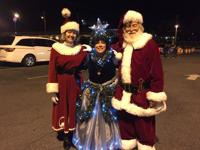 A regular attendee, identified only as “Mary,” poses with Mrs. Claus and Santa during a past Cartersville Exchange Christmas Parade. 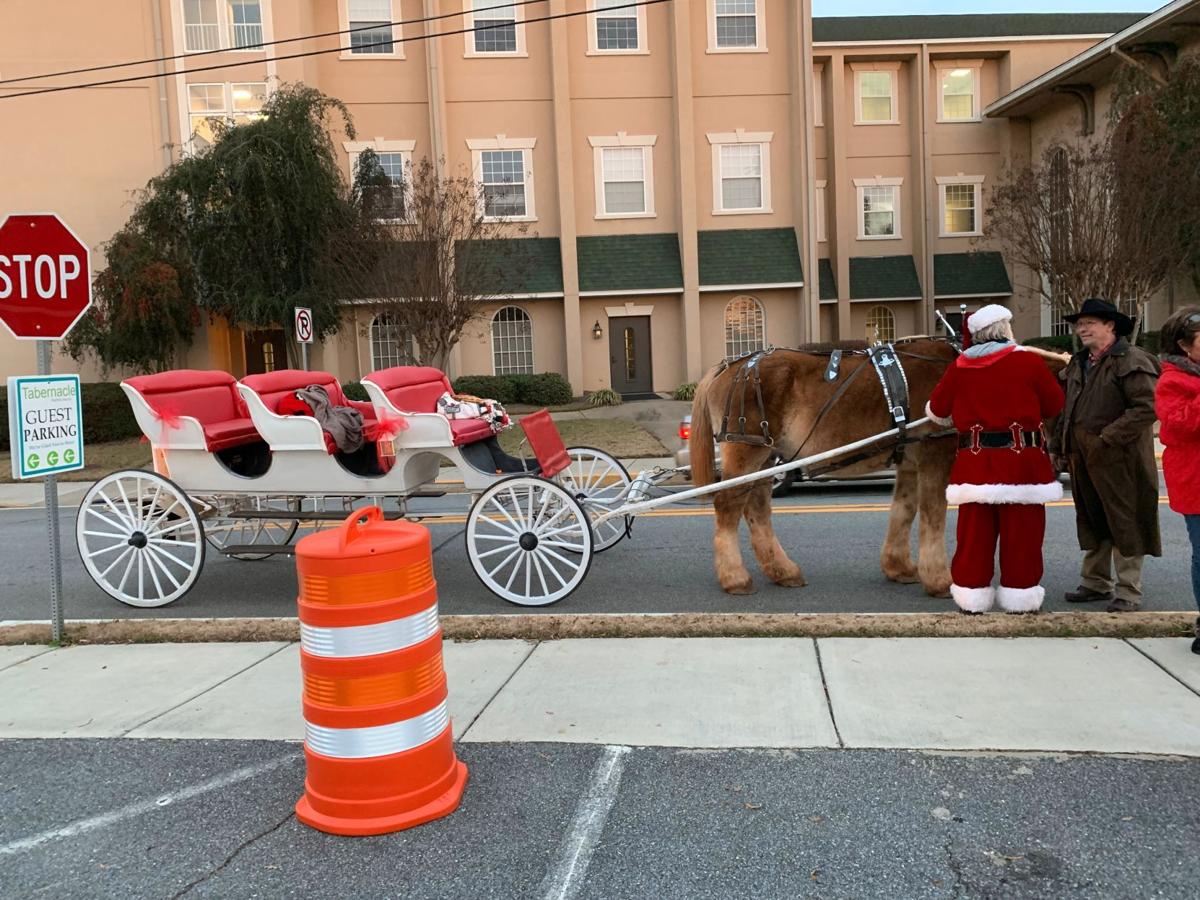 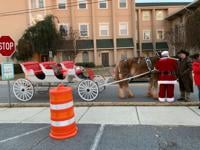 From left, Santa talks with the owner of a horse and buggy, Ken Ruff, which the Jolly Ole Elf used as his ride during a past Christmas parade. An Exchange Club member said Ruff is supplying Santa’s ride again this year.

Santa Claus rides atop a float through downtown Cartersville during a past Exchange Christmas Parade.

A regular attendee, identified only as “Mary,” poses with Mrs. Claus and Santa during a past Cartersville Exchange Christmas Parade.

From left, Santa talks with the owner of a horse and buggy, Ken Ruff, which the Jolly Ole Elf used as his ride during a past Christmas parade. An Exchange Club member said Ruff is supplying Santa’s ride again this year.

Some area businesses and nonprofits likely are hard at work putting finishing touches on dozens of floats for Cartersville’s annual Christmas parade.

Dr. Kevin McElwee, who helped organize the event, said it “seems to be kind of the kickoff to the Christmas season every year” for area residents.

“I think it’s something families look forward to — coming out to watch the Christmas Parade,” McElwee said.

“Not only does the money we raise go to a good cause for the Exchange Club, it helps everybody get in the holiday spirit,” he said.

The Cartersville Exchange Christmas Parade, presented by Shottenkirk Honda, is set for Thursday, Dec. 5, at 6 p.m.

It will begin at Tabernacle Baptist Church at 112 E. Church St. and travel about 1.5 miles along Church, Bartow, Main, Stonewall and Tennessee streets in downtown Cartersville.

McElwee, a Cartersville veterinarian and longtime Exchange Club member, has helped organize the parade for more than 30 years.

He said the parade is its top annual fund-raiser with about $10,000 to $14,000 from entry fees and money raised by the “bucket brigade” of Exchange Club members who solicit attendees along the route ahead of the parade, he said

“It all goes straight to charity, every dime of it,” McElwee said.

The club spreads the money among family-oriented charities such as Advocates for Children, the Boys & Girls Club of Bartow County, and Bartow Christmas Coalition, he said.

Organizers receive 100 to 130 parade entries annually. They historically have seen “lots and lots of interest from all the businesses and churches and volunteer organizations all around the city and the county” to participate in it, McElwee said.

“It’s just kind of a tradition, I guess,” he said.

He said organizers have never counted attendance but estimate about 5,000 to 6,000 likely watch the parade. Crowds often line the parade route “four or five people deep” in places, he said.

Floats typically make up a majority of the entries, and prizes are given for top commercial and non-commercial floats.

“It’s not a short parade,” McElwee said. “More than half the entries are floats so (there are) a lot of things to look at.”

Local high school students’ talents are a prominent part of the parade, as well.

All the city and county high school marching bands are invited to perform in the parade and typically do so, McElwee said.

However, while Cartersville’s parade is similar to others in many ways, it differs from some other parades in such areas as timing and featured participants.

The parade always has taken place on a Thursday night rather than a weekend when some other neighboring cities and counties host their large-scale, Christmas-themed events.

However, McElwee noted other area cities also host their Christmas parades on a weeknight. Rome’s parade is scheduled for Tuesday, Dec. 3, and Calhoun’s parade is Dec. 12.

“We looked at changing it one year and it interfered with the SEC (football) championship on a Saturday night,” McElwee said.

Santa Claus, of course, is part of the Cartersville parade but it also does not feature a grand marshal, he said.

McElwee said he recalled one being chosen only once — former Atlanta Braves manager Bobby Cox after a World Series appearance.

Organizers also have never required participants to follow a theme, he said.

“We like to just let (participants’) creativity flow,” McElwee said.

Where: Streets of downtown Cartersville.

Two cities are preparing to play host to public Christmas-themed events Dec. 6 and 7 designed to officially usher in the holiday season in Pau…