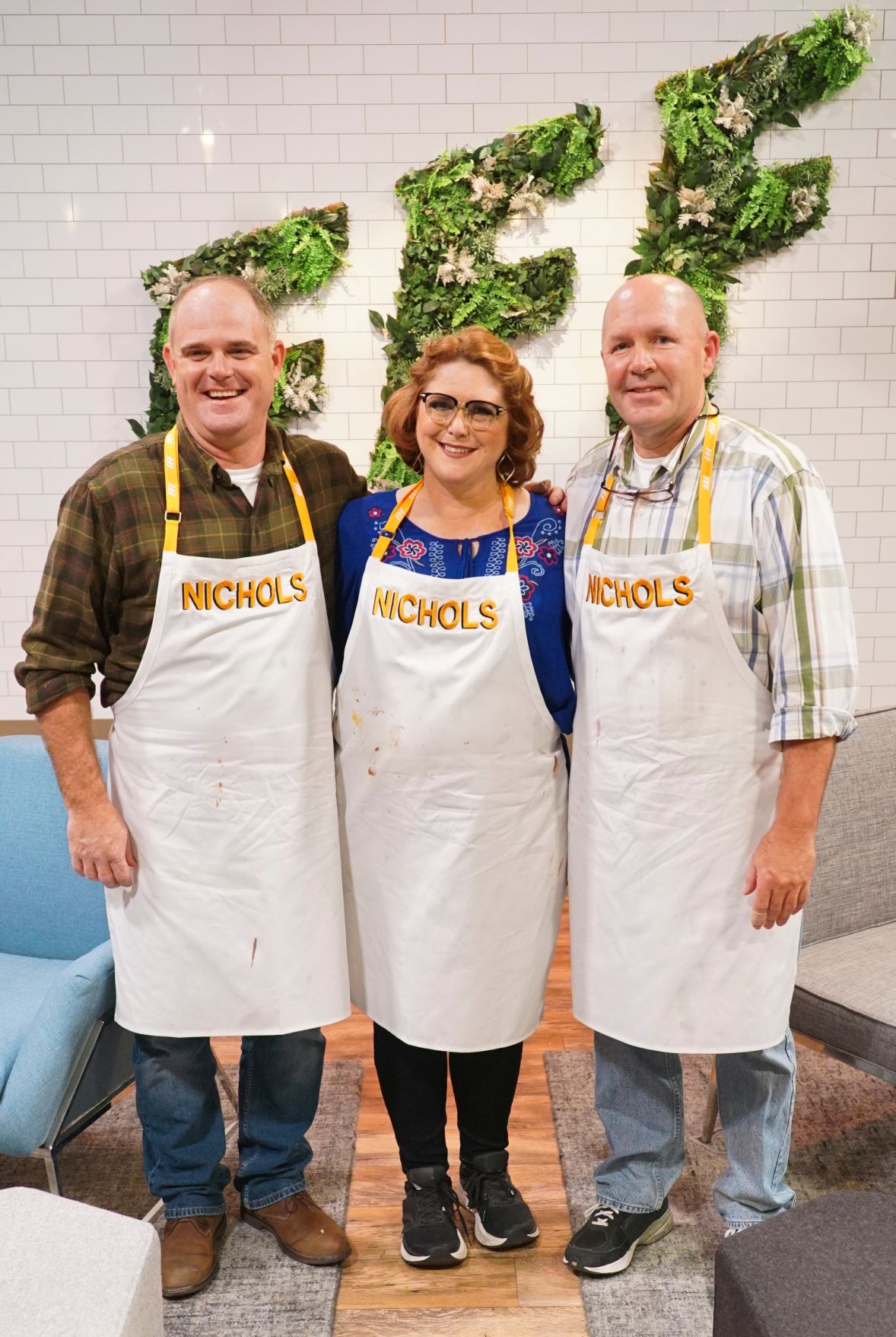 From left, Eddie Benefield and Tammy and Chris Nichols are shown on the set of the reality competition show “Family Food Fight.” 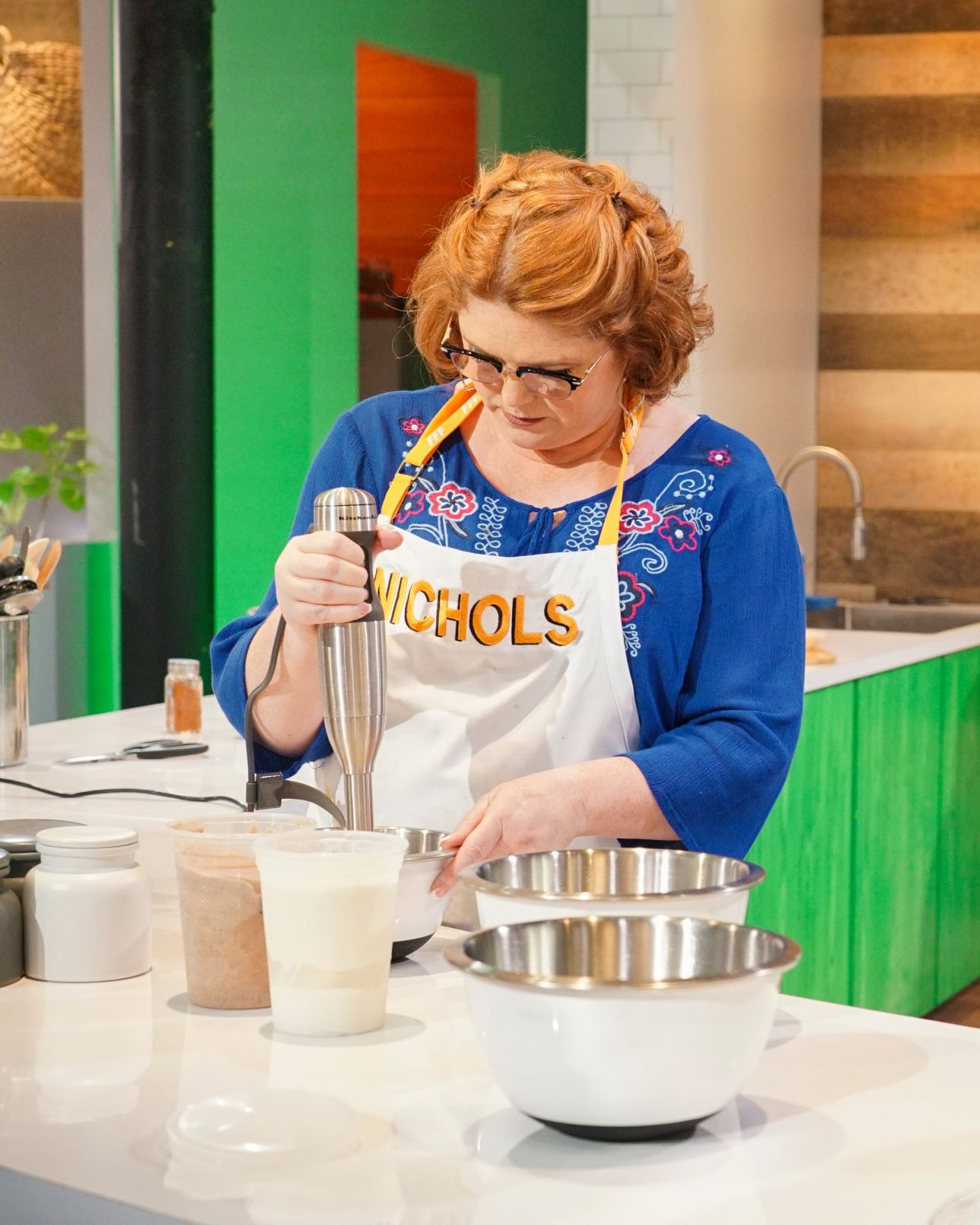 From left, Eddie Benefield and Tammy and Chris Nichols are shown on the set of the reality competition show “Family Food Fight.”

Paulding County residents Chris and Tammy Nichols and Tammy’s brother, Eddie Benefield of Polk County, were among a group of families from throughout the U.S. who competed for a $100,000 prize on a new ABC-TV reality cooking competition show titled “Family Food Fight.”

A news release about the show — hosted by actress and cooking show hostess Ayesha Curry — stated it uses “each family’s uniquely diverse cultural heritage” as a starting point.

“With a mix of fast-paced cooking fun, good humor and healthy rivalries, everyone will cook their hearts out as they strive to impress a panel of culinary experts including host and judge Curry and world-renowned chefs, authors, restaurateurs and television personalities Cat Cora and Graham Elliot.”

Tammy Nichols is married to Chris and is Benefield’s sister. She also is a retired project architect and breast cancer survivor.

The show’s producers invited her to be part of the show after they saw her Southern cooking-themed videos on her YouTube channel titled “Collard Valley Cooks.”

The channel, which boasts 39,000 subscribers, features her preparing recipes learned from her mother as she grew up in the Collard Valley area of central Polk County, she said.

“They wanted a Southern cook,” she said. “Of course, I picked my husband (for the team) because he supported me through everything.”

That “everything” was her prior career with a Marietta architectural firm and subsequent struggles after she was diagnosed with breast cancer in 2010.

Tammy Nichols said she convinced herself to “get off the couch” after her diagnosis and begin filming the videos after she felt she should demonstrate for her family how to prepare some of her mother’s recipes.

The videos evolved into a YouTube channel featuring her preparing traditional southern American foods, she said.

The parts of the new show featuring the Nichols family team were filmed in Los Angeles in October, they said.

She recalled she was in pain through much of her time on the show after she suffered a rib injury while transporting luggage through the Los Angeles airport soon after their arrival.

The challenge of trying to use unfamiliar appliances and locate cooking utensils to prepare dishes in a strange kitchen added stress to the competition, she said.

“There was not a lot of Southern food,” Tammy said. “It pushed us to the limit.”

Benefield said the Nichols team members did not know some of the culinary terms being discussed on the show, as well.

“There were challenges across the board,” he said.

Tammy Nichols said, “In my opinion, it was more on a chef level than a home cooking show.”

A preview for “Family Food Fight” shows some competitors arguing among themselves during the tension-filled competition.

Benefield, however, said within the Nichols team “there was very little conflict.”

“I know drama sells,” he said. “But I enjoyed our time together.”

“It was stressful, no doubt about that,” Benefield said. “At the same time, it was a lot of fun.”

He said the Nichols team also became friends with some competing families, some of whom came from Chicago, New York and California, .

Tammy Nichols and Benefield said some fellow competitors even sent condolences after the recent death of their mother.

“We made friends that will last a lifetime,” Benefield said.

“Family Food Fight” was set to premiere Thursday, June 20, from 8 to 9 p.m. on ABC-TV and its local affiliate WSB-TV Channel 2 in Atlanta.