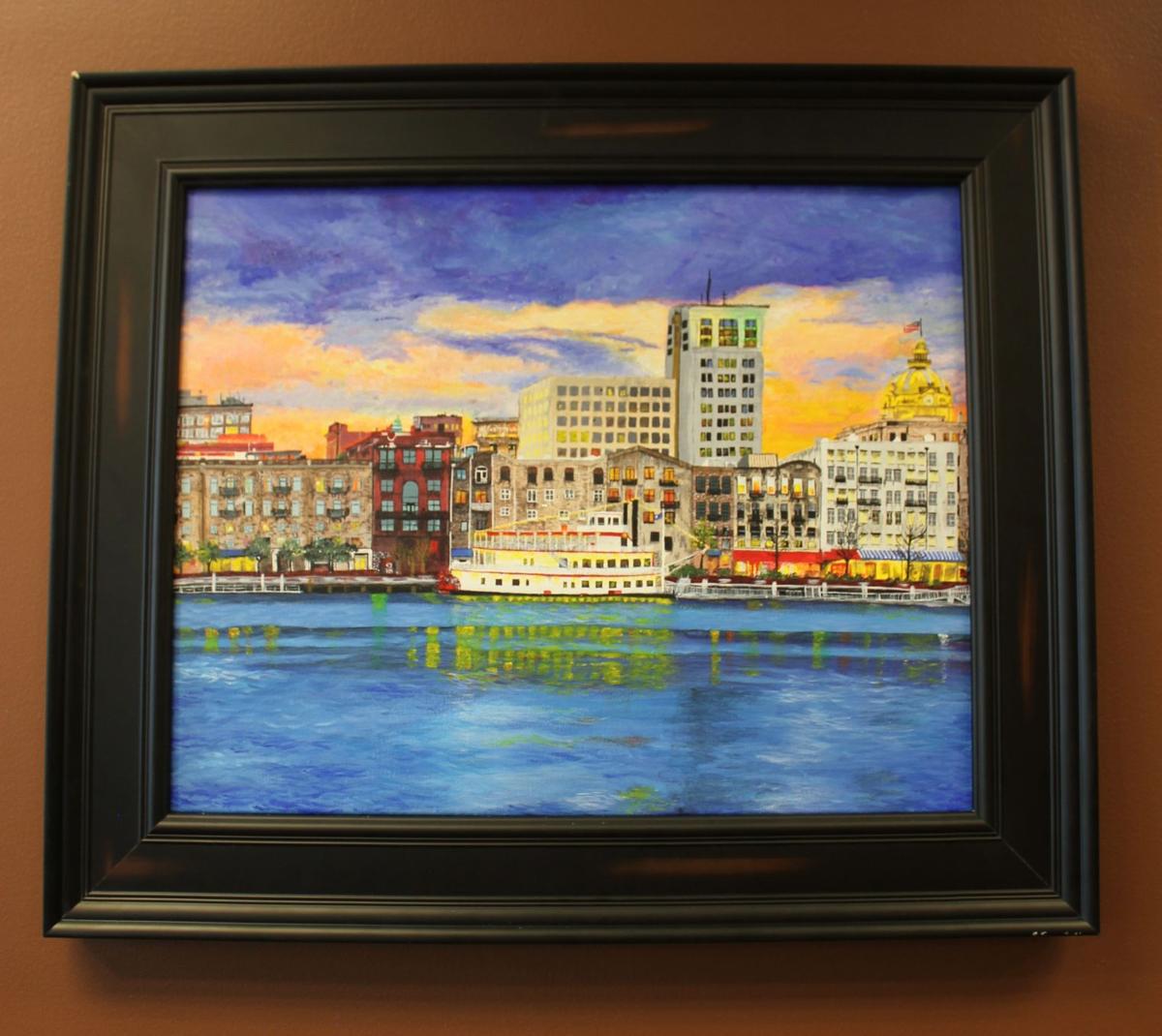 Esther Hayes, a junior at Sonoraville High School in Calhoun, was the first-place winner with her piece “Meraki,” a news release stated.

Over the last few weeks 14th Congressional District residents visited the student art exhibit at the Harris Arts Center in Calhoun to vote for their favorite piece.

“Almost 70 pieces of art from students across the 14th District were submitted as part of this competition. I’m always amazed and encouraged by the creativity and talent in our community,” Graves said.

“I’d like to thank the Harris Arts Center and the Gordon County Chamber of Commerce for their partnership on this special event. I’d also like to thank the students from across the district who shared their talent with us. I urge all of you to keep creating and fueling your passion for the arts.”

Each spring the Congressional Institute sponsors a nationwide high school visual art competition to recognize and encourage artistic talent across the nation and in each congressional district. Sixty-nine pieces were submitted for the competition by student artists from 13 schools across the 14th Congressional District.

Hayes’ artwork will be shipped to Washington, D.C., where it will remain on display in the Cannon House Office Building’s Capitol Tunnel for one year, alongside the first-place artwork from every congressional district in the country. There will also be a winner’s reception in D.C. in June.

The Harris Arts Center is filled with the artwork of students aiming to be the winners of the Congressional Art Competition.

District 14 U.S. Rep. Tom Graves, R-Ranger, is telling constituents in northwest Georgia, “I want to know what you think.”