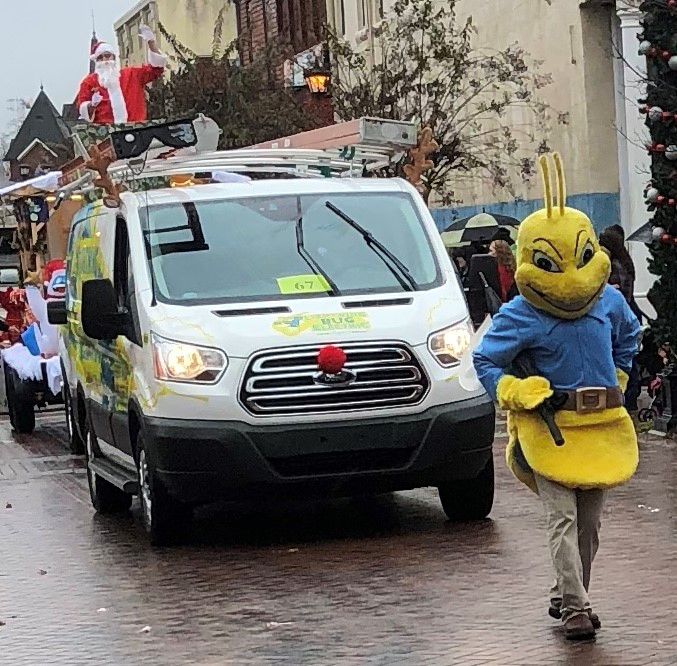 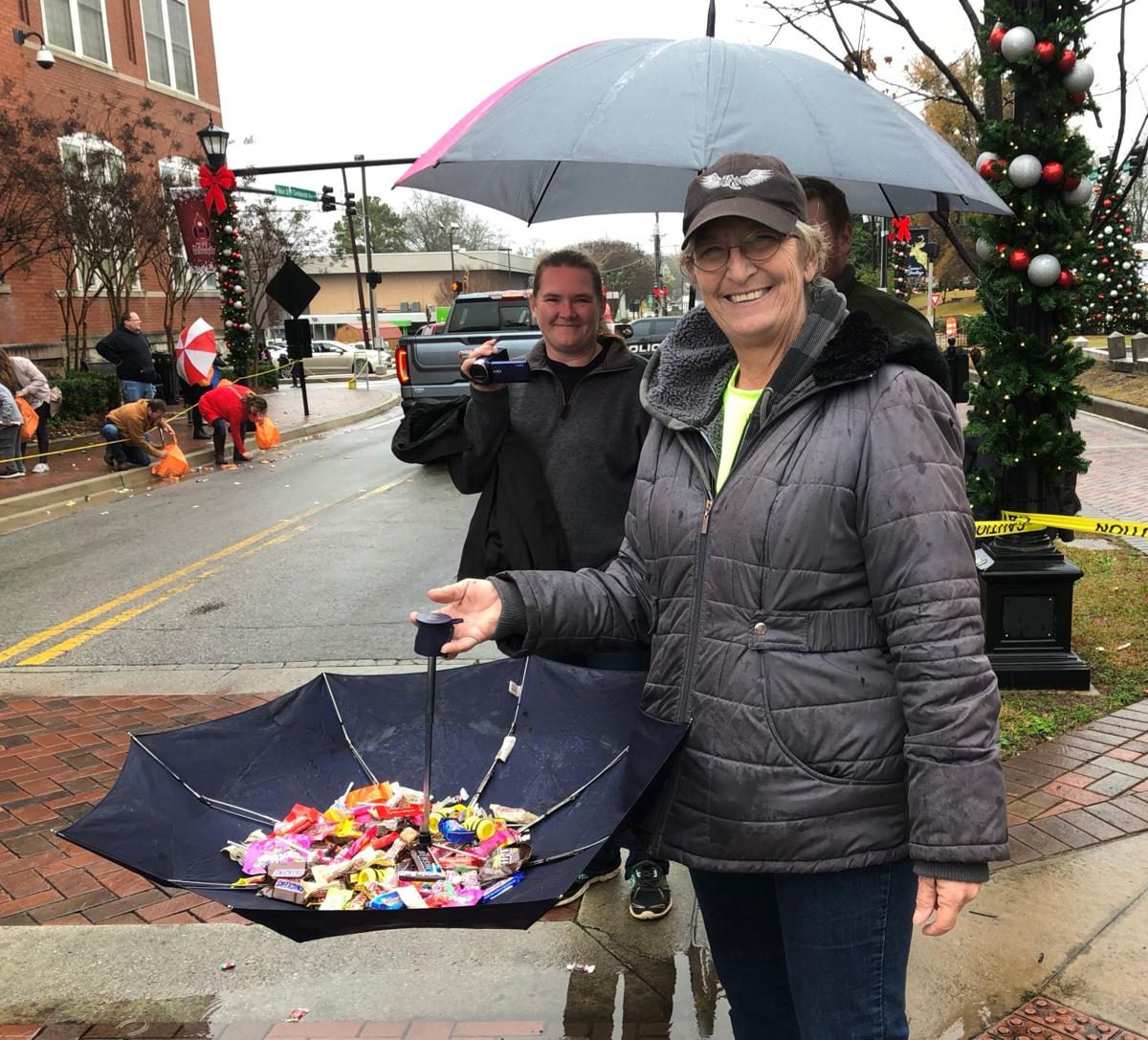 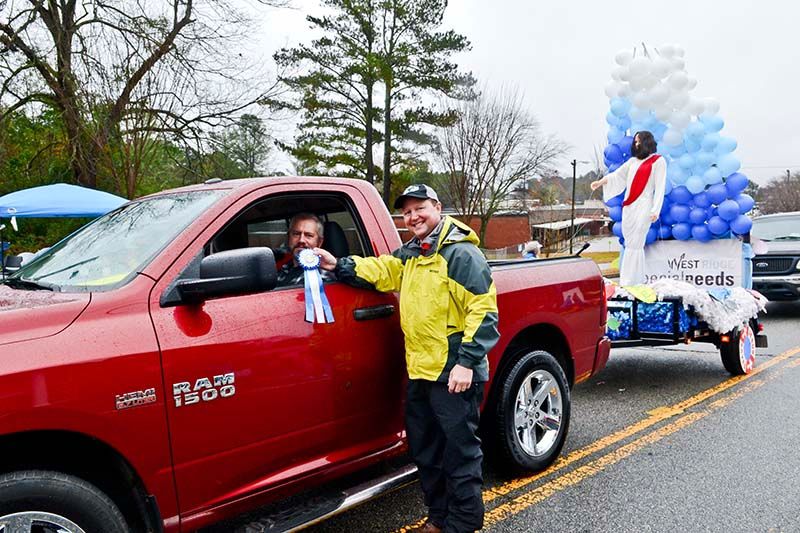 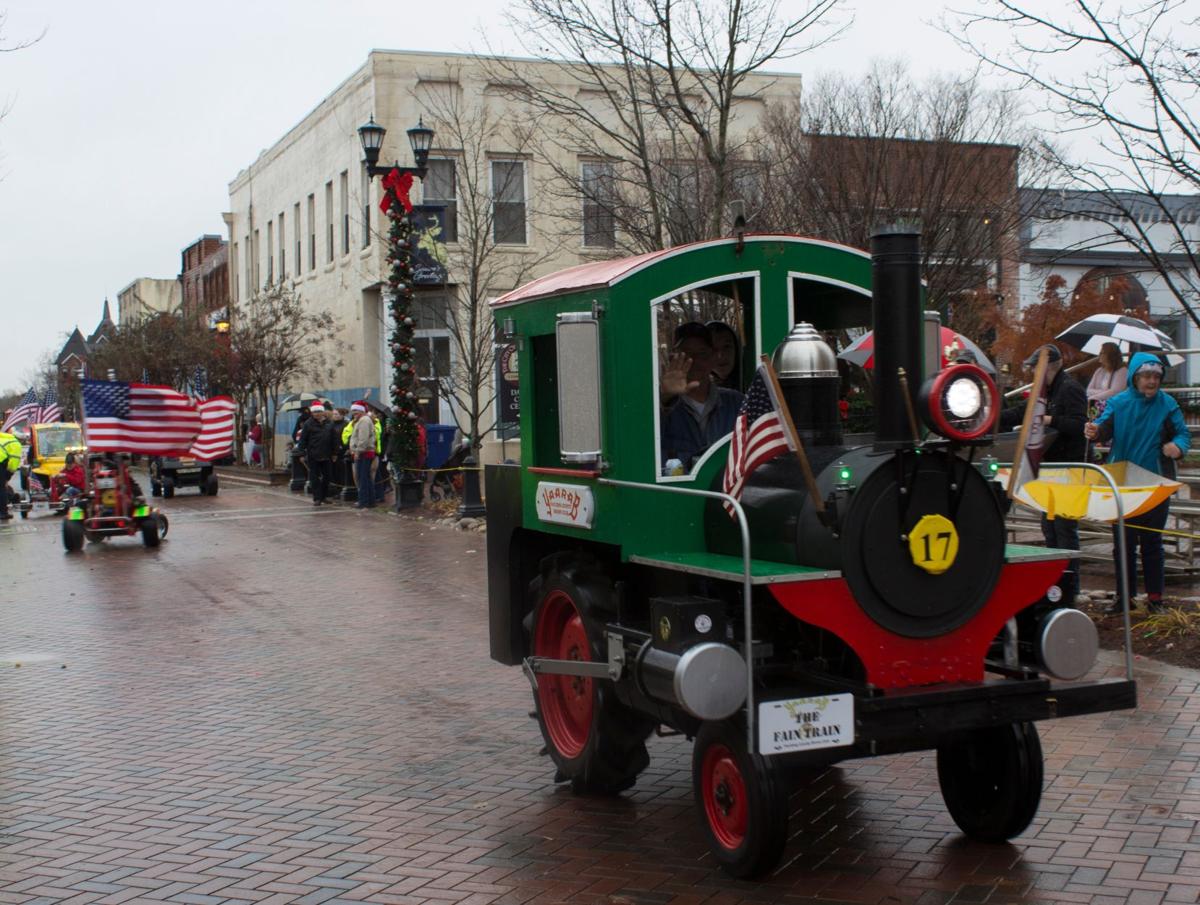 Members of the Paulding County Shrine Club ride in the Dallas Christmas Parade in 2018. 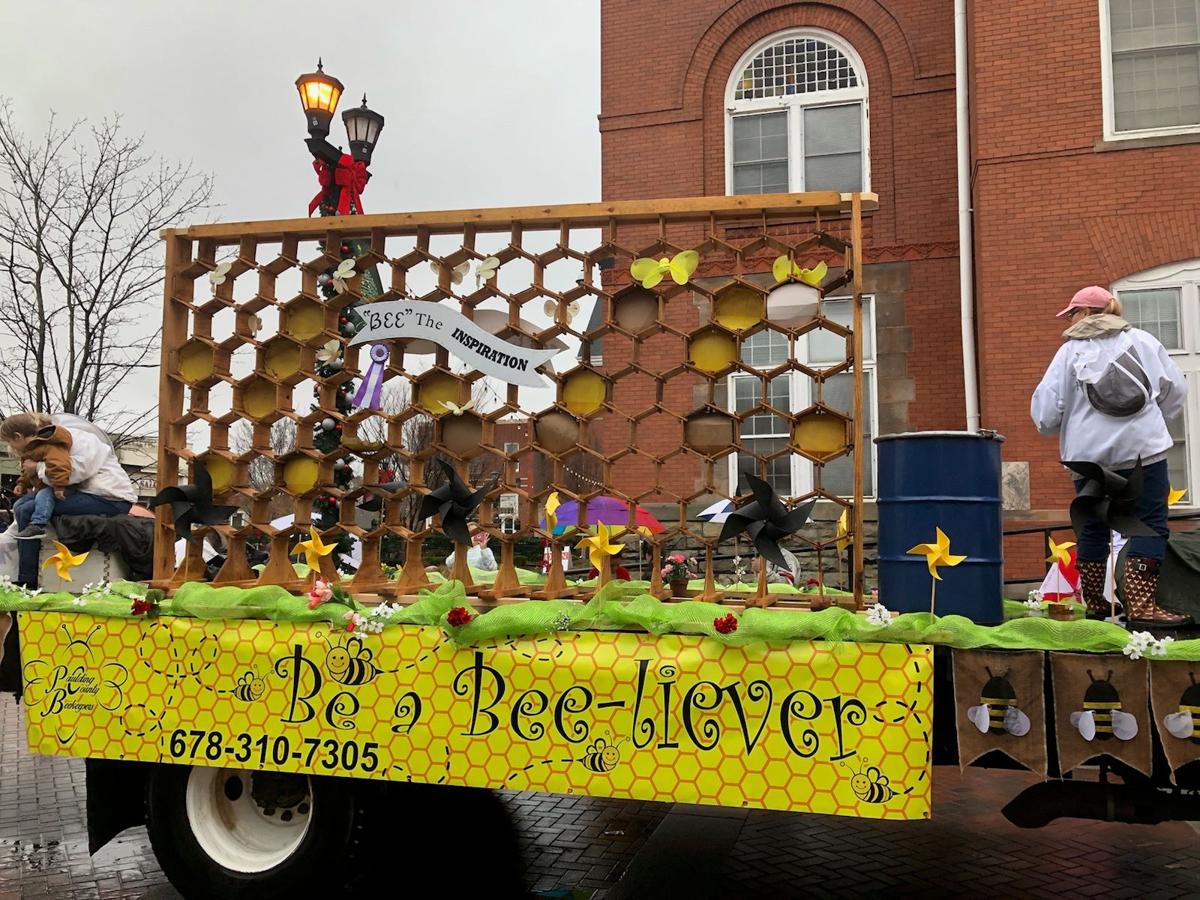 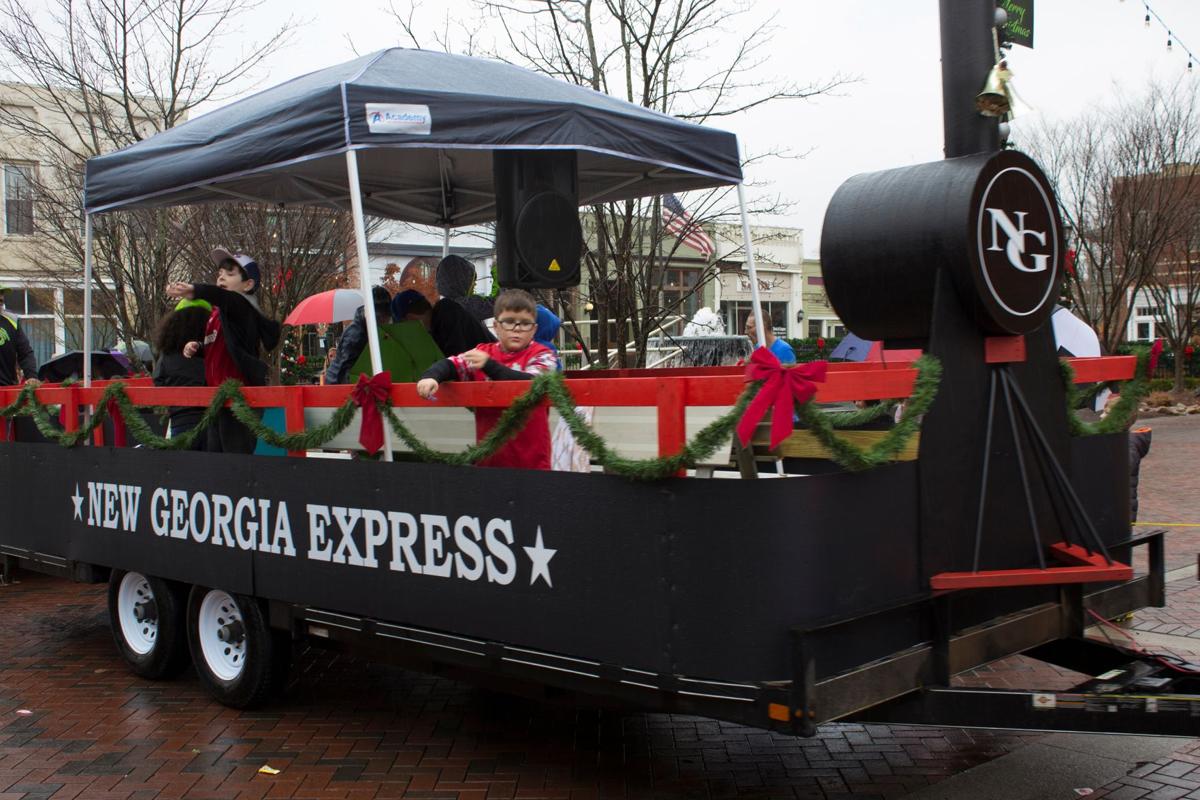 The New Georgia Baseball Association’s entry in the 2018 parade rolls down Main Street in Dallas.

Members of the Paulding County Shrine Club ride in the Dallas Christmas Parade in 2018.

The New Georgia Baseball Association’s entry in the 2018 parade rolls down Main Street in Dallas.

Two cities are preparing to play host to public Christmas-themed events Dec. 6 and 7 designed to officially usher in the holiday season in Paulding County.

♦ The 27th Annual Invitational Dallas Christmas Parade is set for Saturday, Dec. 7, at 1 p.m. on Hardee and Main streets in Dallas.

♦ A new event, the inaugural Holly Jolly Fest 2019, is planned from 10 a.m. to noon at the Gazebo at Dallas Trailhead near the fountain at 410 Main St. in Dallas.

HIRAM CHRISTMAS TREE LIGHTINGThe Paulding Chamber of Commerce, the city of Hiram and the Olde Town Hiram Business Association are hosting the event.

A food court will offer food for sale while photos with Santa will be available for a fee.

The lighting of the tree is set for 8 p.m.

Hiram’s downtown is located in the area of Church and Main streets, off Ga. Hwy. 92 which is also known as Hiram-Douglasville Highway in Hiram.

DALLAS CHRISTMAS PARADEThe Paulding County Rotary Club is sponsoring the parade, which will feature about 80 entries walking and riding floats with the theme “Connecting the World,” said organizer and club member David Sullivan.

The parade route will run for about a mile along Hardee and Main streets. It will come together at Oasis Church, move to Professional Court near Dallas Elementary School, run north along Hardee and Main through the downtown area, and end at Memorial Drive at the rear of the Old Courthouse.

Sullivan said all club members were asked to help with staging the event — from collecting canned goods to setting up medical emergency teams.

Organizers work with the city government and city police department on safety planning for participants and attendees, including temporarily closing roads and providing security for the public event, he said.

“You have to have layers of protection,” he said. “We’ve always had a strong helping hand from the city.”

They also must coordinate with the Norfolk Southern railroad on halting train traffic until after the parade has passed over its tracks, Sullivan said.

The grand marshals will include University of West Georgia student Caroline Gransbo, who is from Sweden and a participant in the Georgia Rotary Student Program; and Paulding County School District Teacher of the Year Chelsea Sell, Sullivan said.

The parade goes on rain or shine, with registration from 10 a.m. to noon, according to information from the Rotary Club.

Participants must be registered and in position by 11 a.m. to be judged for any of the 20 awards organizers will give, according to information from the club.

All proceeds after expenses will go to local charities the Rotary Club sponsors, such as McKenna Farms Therapy Services in Dallas, Sullivan said.

For more information on safety requirements and the event, visit https://www.facebook.com/InvitationalChristmasParade/.

HOLLY JOLLY FEST 2019Before the parade Dec. 7, the inaugural Holly Jolly Fest 2019 is planned from 10 a.m. to noon at the Gazebo at Dallas Trailhead near the fountain at 410 Main St. in Dallas.

Downtown Dallas Merchants Association, Downtown Dallas Georgia Events and Farmers Insurance Burgess Agency will host the festivities, which will include booths for ornament decorating, letters to Santa, a live Nativity scene; face painting and balloon art, according to information from the city.

Hot chocolate and waters will be available for $1 each, according to information on the merchants association’s Facebook page.

Two Paulding County marching bands will have their talents on display for hundreds of thousands of live spectators and more on TV Saturday, De…

Some area businesses and nonprofits likely are hard at work putting finishing touches on dozens of floats for Cartersville’s annual Christmas parade.

Editor’s Note: This story has been updated since its original posting on Monday, Nov. 11.

Peachtree Road United Methodist Church in Buckhead will present The Many Moods of Christmas Concert Dec. 8 at 5:30 p.m., and it is celebrating…

Fernbank is celebrating 10 years of a worldwide Winter Wonderland event

Fernbank Museum is celebrating 10 years of a holiday season highlighting traditions and customs from around the world.

Arrest records from the Saturday, Jan. 25, edition of the Calhoun Times