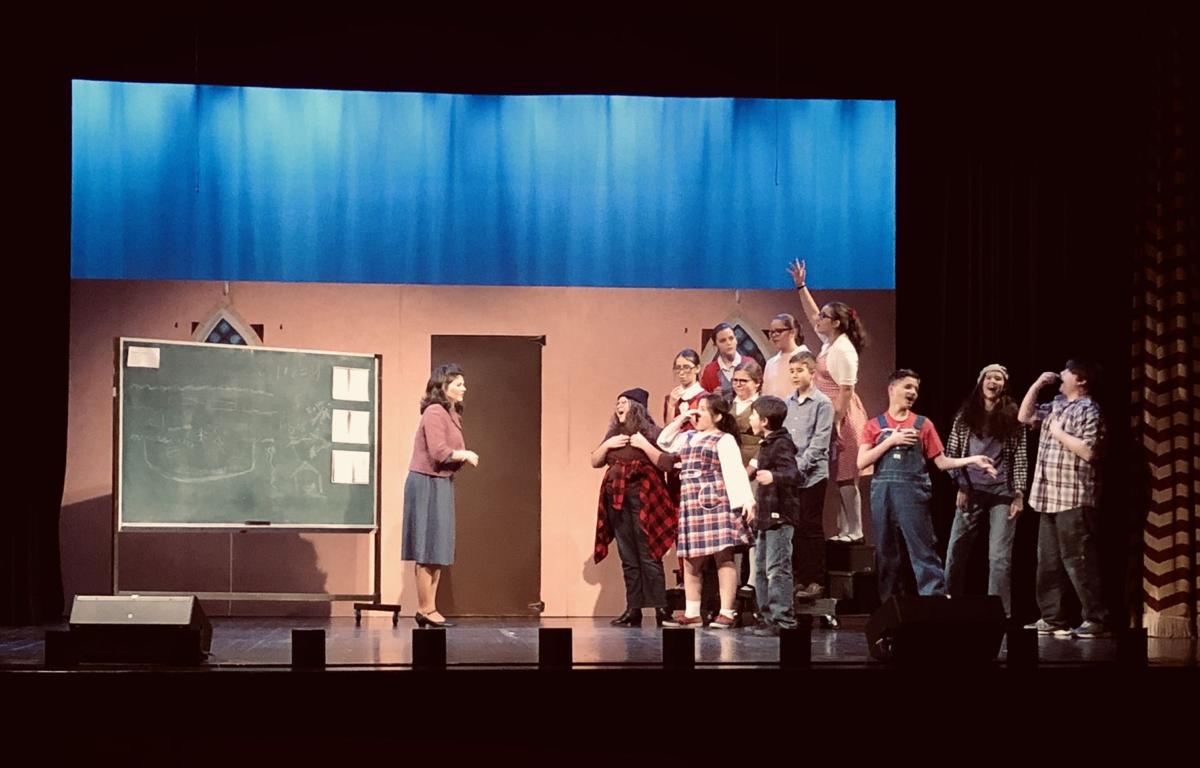 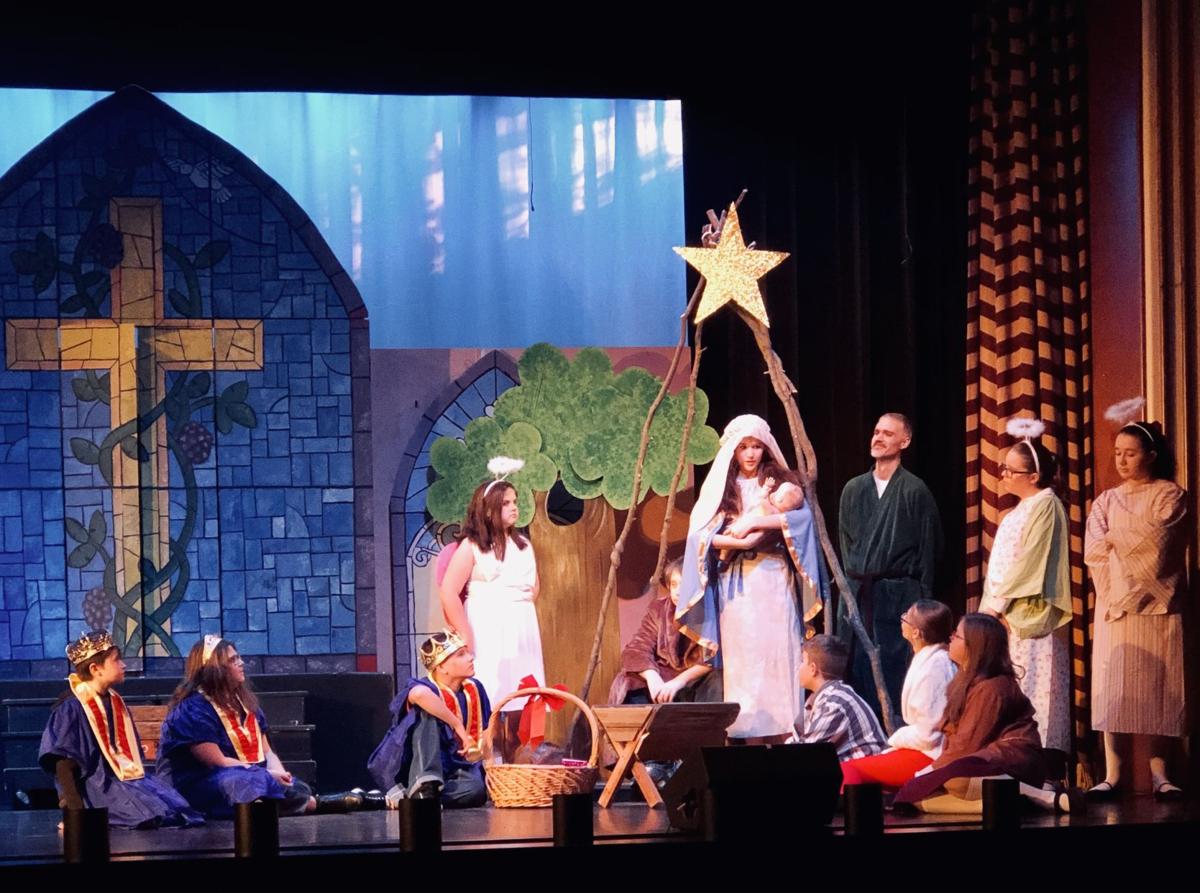 When the Herdman kids — "the worst kids in the history of the world" — crash Sunday school at the church and demand parts in the Christmas pageant the whole town panics.

Now it is up to first-time director Grace and the Reverend to help their community see the Christmas story and the Herdmans through new eyes in this musical adaptation of a holiday classic.

Times are Thursday through Saturday at 7 p.m.; and Sunday at 3 p.m.

According to information on the theater website, the show's lead cast includes:

• Bethany Voyles (Grace Bradley), who was previously cast at the Dallas Theater as Ms. Brill in "Cheaper by the Dozen" and Grace in "Annie." She has also performed as Ivy in "August: Osage County" (Marietta Theater on the Square) and in the ensemble in "How I Learned to Drive (Act 3)."

Voyles is a teacher at Jones Middle School.

• Filip Davidson (Charlie Bradley) is in his first play besides his time in drama camp.

• Grace Copeland (Gladys Herdman) is in her first production with the Dallas Theater. She is a sixth-grader at McClure Middle School, where she also plays clarinet in the band.

• Hope Cohran (Imogene Herdman) is in the eighth grade at Bremen Middle School and is active in chorus and band. She was cast in Bremen High School’s production of "The Little Mermaid" in spring 2019 and is also active in the Carrollton Community Theater. Hope has performed in many other productions such as "Lion King Kids Musical," "Seussical Kids the Musical," "Pinocchio," "Shrek the Musical," "Snow White Variety Show," "Christmas Carol ballet," and "Nutcracker" ballet.

• Jason Lyda (Bob Bradley) is in his first show at the Dallas Theater.

Lyda works as an analyst for WellStar. His daughter, Riley, plays Beth Bradley in the show.

• Jonathan Bissette (Leroy Herdman) is in his first musical with the Dallas Theater.

He has previously been a member of the stage crew for Moses Middle School's production of "Aladdin Jr."

• Molly Willingham (Maude Herdman) is in her first production at the Dallas Theater.

She has attended the summer camp programs at the theater for several years and most recently, the Acting II class at the Dallas Theater.

• Oliver Voyles (Ollie Herdman) has his experience in the Dallas Theater Summer Camp to thank for being prepared for his first musical. He is a fourth-grader at Allgood Elementary School.

• Riley Lyda (Beth Bradley) is in her second show at the Dallas Theater, the first being "Jack and the Magic Beans." She also performed in "Annie Jr." with Young Actors Playhouse.

Riley has developed her love for performing by attending camp at the Dallas Theater for the last six summers. She’s currently in sixth grade and in chorus at McClure Middle School.

• Zander Gikas (Ralph Herdman) has been involved in acting in movies and TV for the past three years, including movies on Lifetime, Netflix and Hallmark. This is his first theater performance.

"The Best Christmas Pageant Ever the Musical" features book and lyrics by Jahnna Beecham; music and lyrics by Malcolm Hillgartner; and is based on the play by Barbara Robinson.

Orchestrations and vocal arrangements by Deborah Wicks LaPuma, and is produced in special arrangement with Broadway Licensing (www.broadwaylicensing.com).

Tickets are $12. Discounted tickets are $10 for seniors, children, students, military with ID and groups of 10 or more; and must be purchased over the phone or at the box office.

Dallas Theater is at 208 Main St. in downtown Dallas. Free public parking is located on Main Street, as well as behind the theater on East Spring Street and Church Street.

WHAT: Main Street Players' production of "The Best Christmas Pageant Ever: The Musical"

WHERE: Dallas Theater at 208 Main St. in downtown Dallas

TICKETS: $12. Discounted tickets are $10 for seniors, children, students, military with ID and groups of 10 or more.

Parades upon parades: Get your fill of Christmas events in the next few weeks

While people finish off their Thanksgiving leftovers, trees and decorations start going up as the Christmas season officially begins.