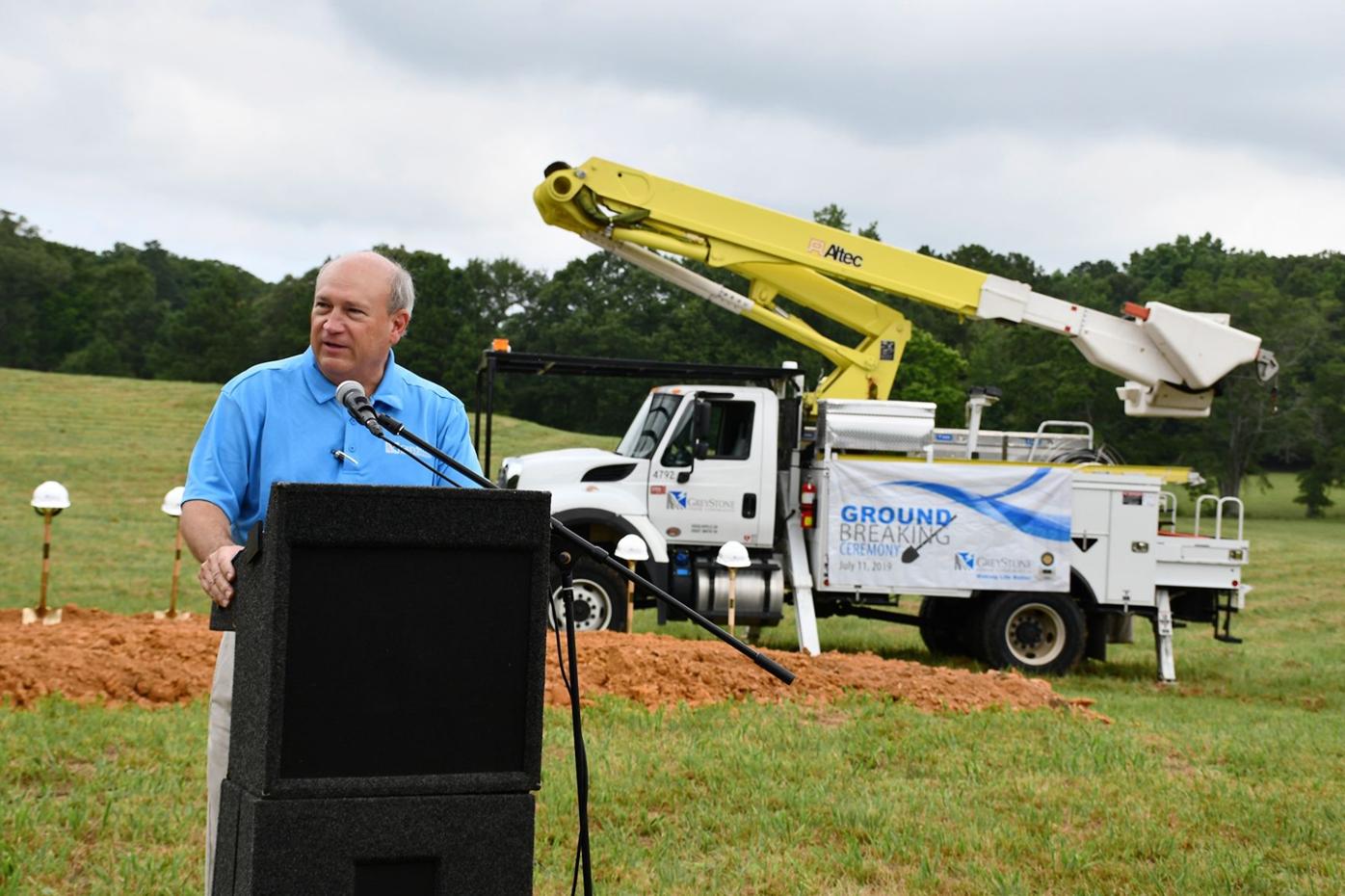 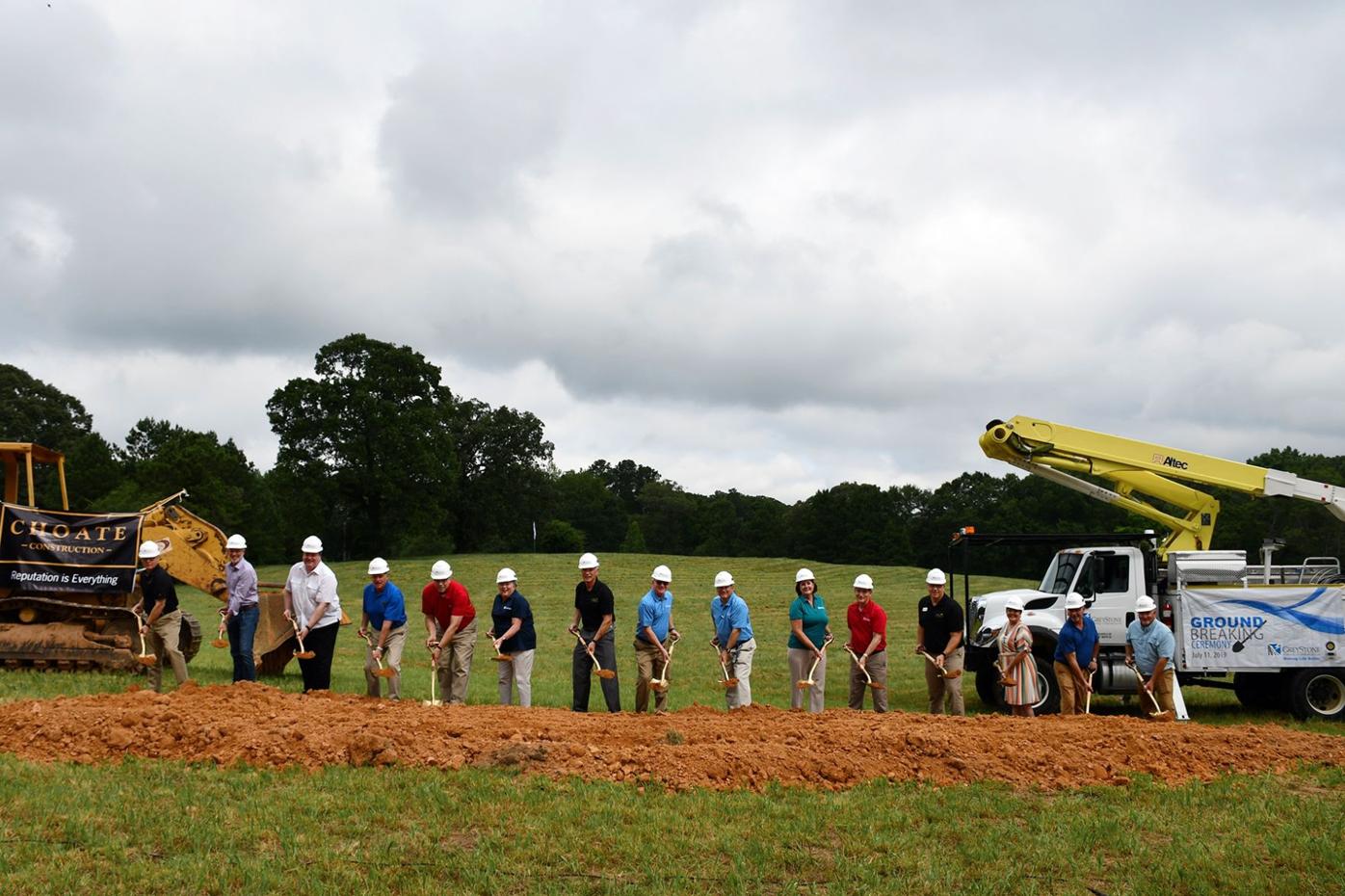 GreyStone Power officials said they will use reserve funds and proceeds from the sale of two existing offices to build its new corporate headquarters in Hiram without borrowing any money.

Officials with the electric cooperative hosted a Thursday, July 11, groundbreaking ceremony near the site of the new facility in Paulding County.

Completion of the new facility at the intersection of Ridge Road and Ga. Hwy. 92 in Hiram is expected by December 2020, a news release stated.

GreyStone President and CEO Gary Miller told the crowd at the July 11 event the cooperative’s “success and growth” has led to it “vastly” outgrowing the current site.

“Out of more than 830 electric distribution cooperatives in the country, GreyStone ranks 15th in size for number of members and is the fourth largest in the state.” Miller said.

“In our current facility, we simply have no room to grow,” he said.

It employs about 270, serves additional contractors and hosts its annual meeting of members at the cramped headquarters location, company officials said.

GreyStone has almost 42,000 customers in Paulding and Bartow counties and 117,000 throughout its eight-county service area.

It has operated on a 16-acre site on Veterans Memorial Highway, also known as U.S. Hwy. 78, in Douglasville since 1963 and does not have available, adjacent property for growth, officials have said.

The cooperative’s last major expansion was in 1990 when it served around 50,000 members. Since then, the co-op’s membership, operating revenue and miles of lines have more than doubled, a news release stated.

Relocation to southeastern Paulding also will allow GreyStone to respond more quickly to members’ needs because it sits near the geographic center of its service area, which stretches from southern Bartow County to northern Coweta and Fayette counties.

“Today, as we break ground, we look to the future of GreyStone Power as it positions itself to better serve our members and the community for decades to come,” Miller said.

“These new facilities were planned to incorporate growth for the next 10 years, and the campus approach to our new facilities should allow for easier expansion in the future,” he said.

GreyStone plans to combine reserve funds with proceeds from the sale of its current headquarters and Dallas district office properties to build its new campus without having to borrow any money, the release stated.

The new building will double as a headquarters and its new Paulding service center.

It is considering leasing a building for a new Douglas County service center.

It purchased the Hiram site early this decade and has used part of it to produce solar power from 5,000 panels it installed in 2016.

The site is on a section of Ga. Hwy. 92 that is being widened from two lanes to six lanes in Douglas and Paulding counties. Completion of the highway project is expected in the middle of the next decade.

In addition, Paulding County Water System is extending sewer service to the GreyStone site and will connect it to new lines it plans to install in the adjacent east Hiram area.