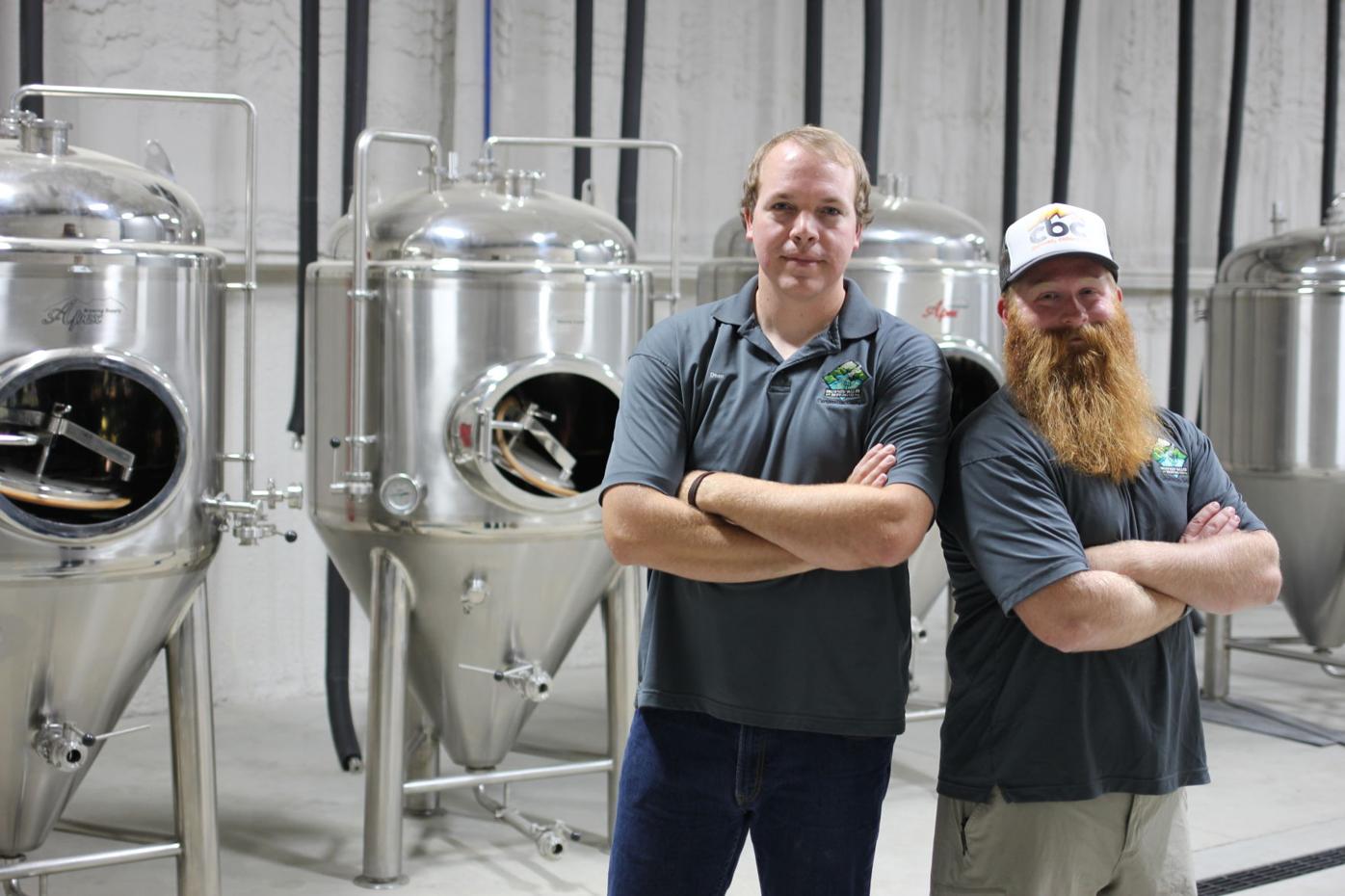 From left, Dean Kimberly and fellow co-owner and brewing partner J.D. Dean stand with the equipment they will use to brew about 40 barrels of craft beer per month for Drowned Valley Brewing Co. in Cartersville. 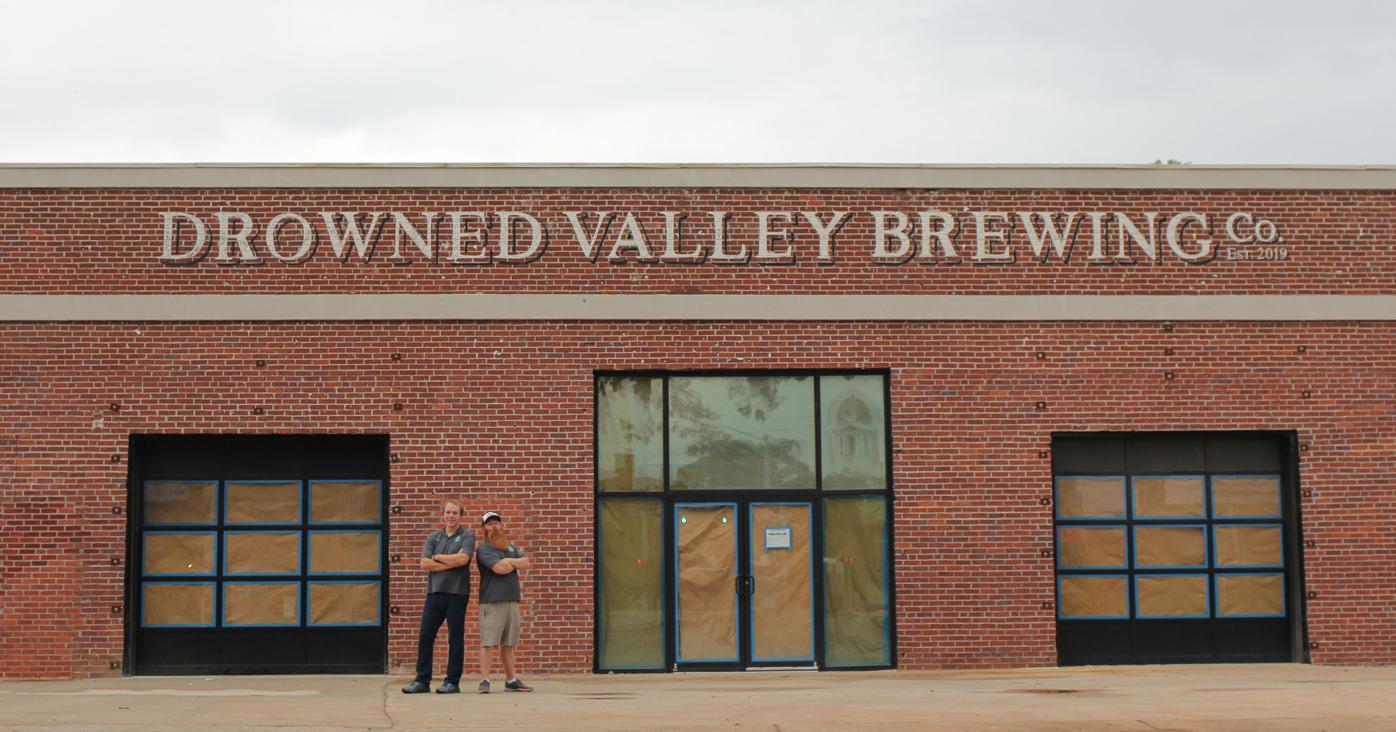 From left, Dean Kimberly and fellow co-owner and brewing partner J.D. Dean stand with the equipment they will use to brew about 40 barrels of craft beer per month for Drowned Valley Brewing Co. in Cartersville.

A longtime effort to add a craft beer brewery to downtown Cartersville’s burgeoning restaurant and retail scene is nearing its culmination.

Owners of Drowned Valley Brewing Co. are putting the finishing touches on their new microbrewery at the corner of South Tennessee Street and East Cherokee Avenue just outside the eastern edge of the city’s historic downtown area, said Pat Holt, a partner in the business.

Drowned Valley will be the city’s first business of its kind, with plans to sell its own brand of beer on-site after it opens within a few months.

After it opens, food trucks will make daily visits outside, Holt said.

She said downtown Cartersville was the group’s top choice for a location because of its historic “charm” and thriving retail and restaurant scene.

Partner Dean Kimberly, a 10-year resident of Cartersville, said he wanted to open a business in his hometown.

He said he wanted the new addition to downtown Cartersville to help support other restaurants, retailers and attractions in the area by directing customers to them.

Holt and Kimberly agreed north Georgia cities from Marietta to Dalton have businesses similar to Drowned Valley already operating in their historic downtowns.

“Cartersville is missing a part of what every downtown in the nation seems to have,” Holt said.

Kimberly said the name “Drowned Valley” was chosen because of its local historical reference to the Old Allatoona area of southeast Bartow County.

Allatoona, located east of Emerson and I-75, was a thriving 19th Century town and the site of a Civil War battle before being covered by the waters of Lake Allatoona in the late 1940s — hence the name “Drowned Valley.”

The microbrewery will begin operations with equipment to allow it to produce 40 barrels of craft beer per month, Kimberly said.

It will offer two “core” beers: a blond ale and an IPA, and six other kinds, he said.

The 7,300-square-foot structure is probably best known to longtime Cartersvillians as the Carlton Building, which has housed a number of businesses in the past 70 years, including a car dealership, she said.

“It’s their concept and their beer is very good,” she said. “We thought it was a great concept.”

Planning for the pioneering business began in earnest in late 2018, Holt said.

The owners had to receive approvals from federal and state licensing agencies for operation of a brewery.

However, when they approached the city of Cartersville, they found the city did not have any ordinances allowing operation of microbreweries, Holt said.

“It’s fun to be first but that can come with challenges,” she said.

Cartersville City Council added microbreweries to its zoning ordinance as a special use in certain parts of town in 2018. It then approved a special use permit for Drowned Valley earlier this year.

Kimberly said Drowned Valley is allowing him and Dean to turn their “dream into reality” and create a business out of what they did well as amateurs.

Holt said the partnership “did not cut corners” with the extensive renovation.

“We want this to be a really nice space,” she said.

The building interior will feature a “mid-century, modern industrial” look with granite counters, a leather seating area and industrial-type lighting.

The partners also tried to repurpose salvaged parts of older structures they located around the area, such as an old fire door, Holt said.

The William Root House Museum & Garden, 80 N. Marietta Parkway NW in Marietta, announced that a collection of beers has been crafted by Re…

Right to Farm debate likely to return to General Assembly