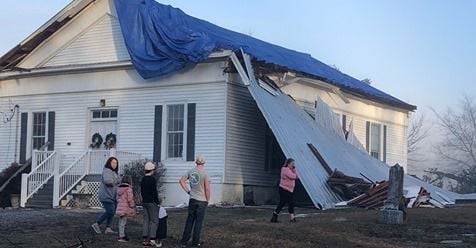 Volunteers work to cover the roof of the historic Presbyterian Church building in Euharlee Saturday. 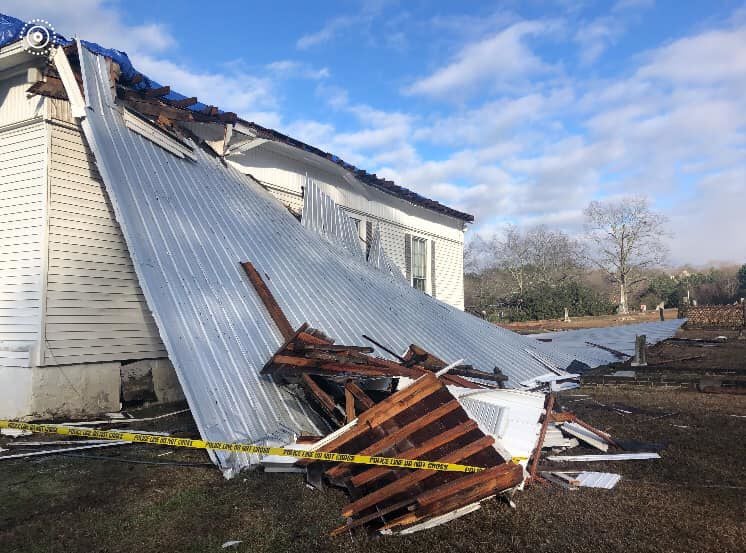 High winds tore part of the roof off a historic building and event facility which formerly served as the sanctuary of Euharlee Presbyterian Church. 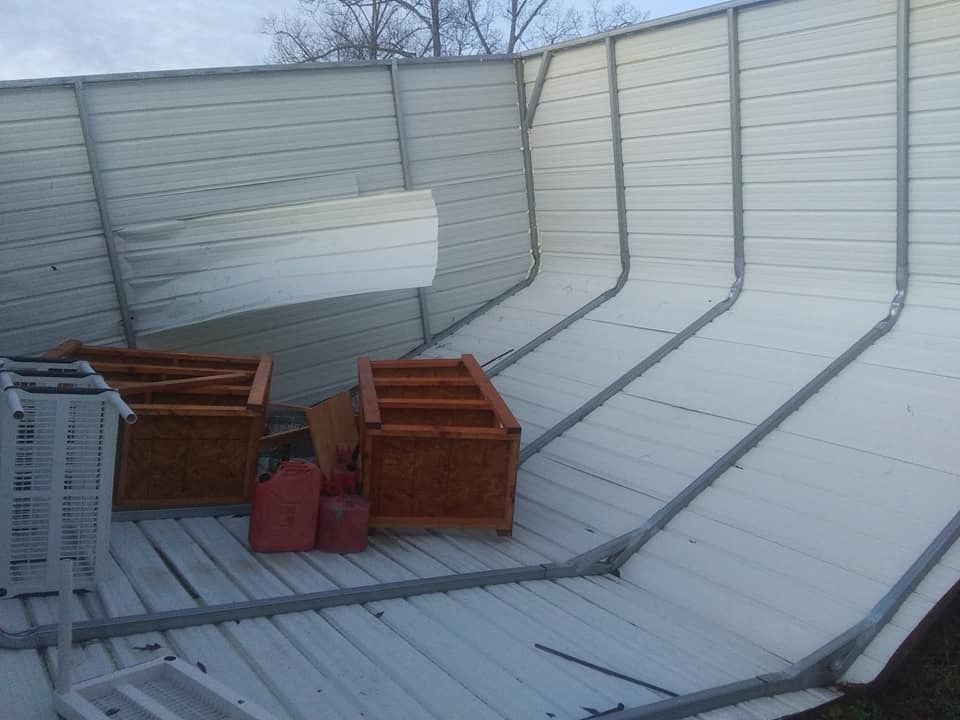 High winds toppled this metal building and barn in Adairsville near the Floyd County line. 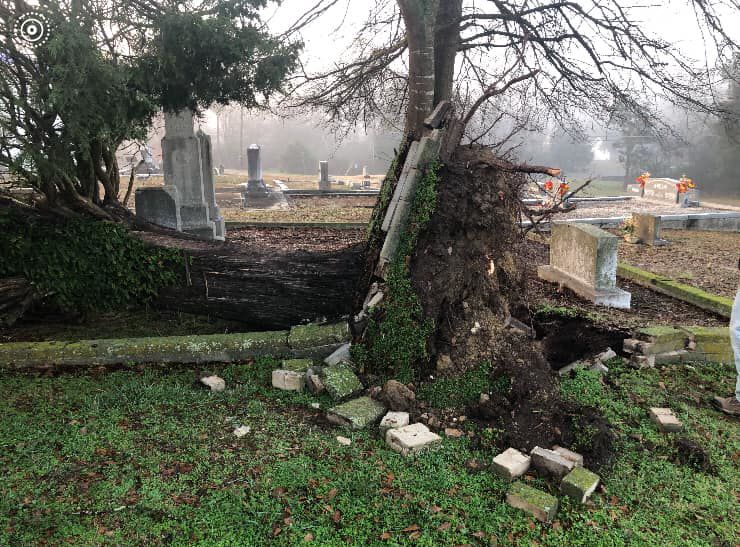 Volunteers work to cover the roof of the historic Presbyterian Church building in Euharlee Saturday.

High winds tore part of the roof off a historic building and event facility which formerly served as the sanctuary of Euharlee Presbyterian Church.

High winds toppled this metal building and barn in Adairsville near the Floyd County line.

City Manager James Stephens said city officials worried about the possibility additional rain expected throughout the week could further soften the ground around some partially fallen large trees and limbs.

“We have concerns additional trees may fall,” Stephens said .

High winds blew over a metal storage building and barn in Adairsville in the Oak Grove area near the Floyd County line, Jamison said.

Budgetel owners are renovating the motel after state health officials closed it in October for a series of health and safety violations.

“Luckily, it was empty,” Jamison said, in reference to the motel.

In other areas of the county, Jamison said fire crews assisted the county road department by helping reroute traffic after trees caused power lines to fall into roadways Saturday. Jamison is also chief of the county fire department.

However, by Monday, Dec. 13, most of the debris had been cleared from roadways, Jamison said.

VOLUNTEER EFFORTEuharlee officials reported on the city’s official Facebook page “several properties in the city of Euharlee were damaged.”

“Joe Cowan Park will remain closed at least until Wednesday, including the walking trail. There are broken and hanging limbs and it is unsafe for the public. We will continue to update the public as it is cleared and reopened.”

Stephens said trees fell in the Presbyterian Church’s cemetery and toppled and damaged at least one standing monument there.

About 10 trees fell in the Pioneer Cemetery, including one about five feet in diameter which toppled a monument at the entrance and crossed Covered Bridge Road, he said.

However, Stephens said it was “wonderful to serve a city where the community comes together as the citizens of Euharlee did to save the historic interior and objects of this lovely building.”

“It was phenomenal what the community did,” he said.

He said about 50 community and church volunteers combined efforts Jan. 11 to provide tarps to cover the church building’s damaged roof; and move antique wooden furniture from the building — now used as an event space — to the city’s history museum.

“That was the result of the citizens of Euharlee coming together and getting to work,” he said. “It was really something to see.”

Avery and Kevin Jacobs of AJ’s Tree Service volunteered their labor and equipment to remove the tree from Covered Bridge Road, Stephens said.

“We didn’t have the equipment to do it,” he said.

Strangest moments of the Senate impeachment trial so far

In the face of a refugee cap, two families are stepping up