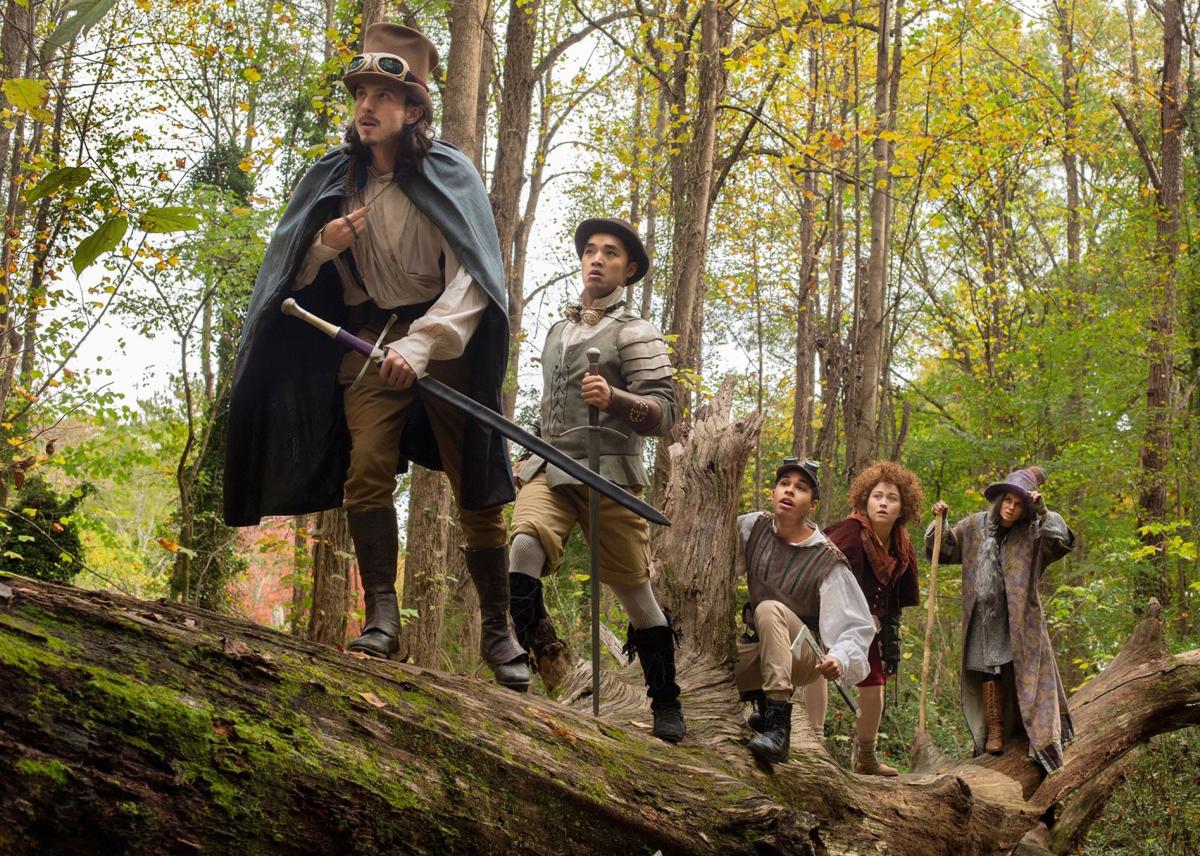 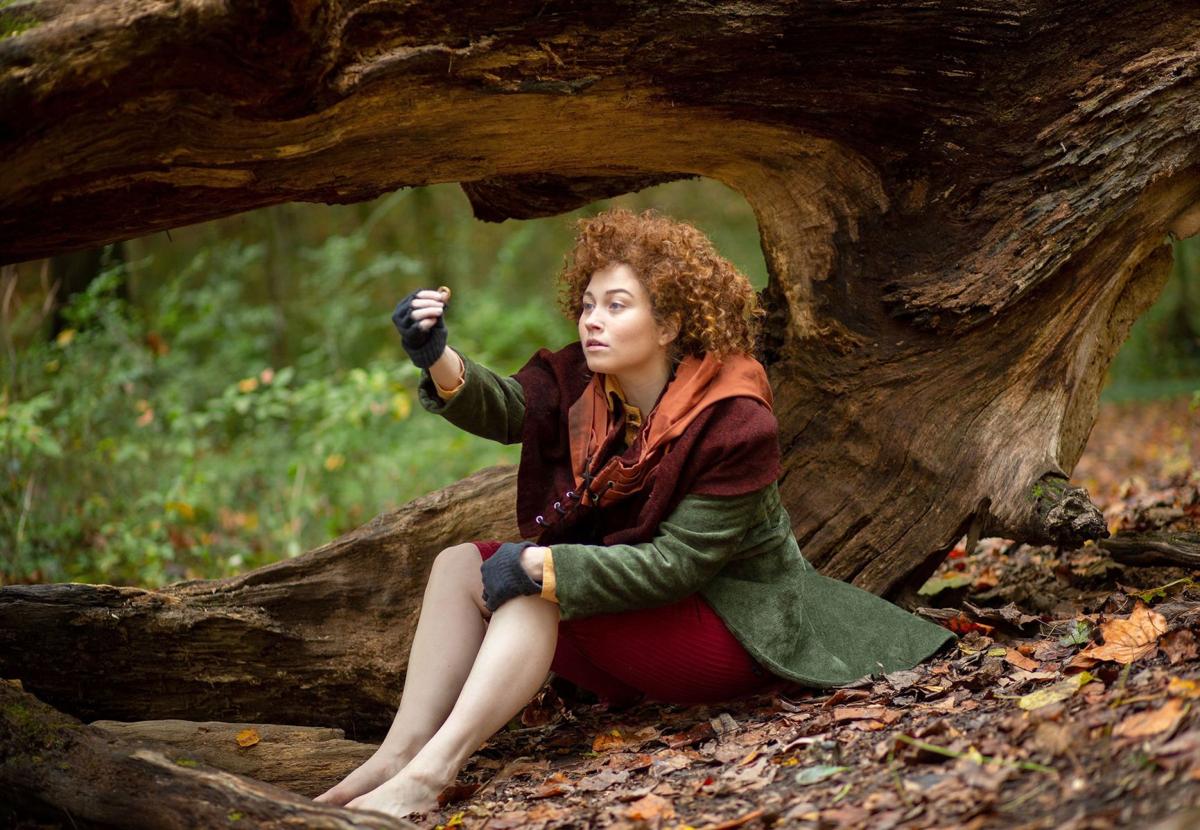 Brooke Owens (Bilbo Baggins) holds The One Ring in Synchronicity Theatre’s “The Hobbit.” 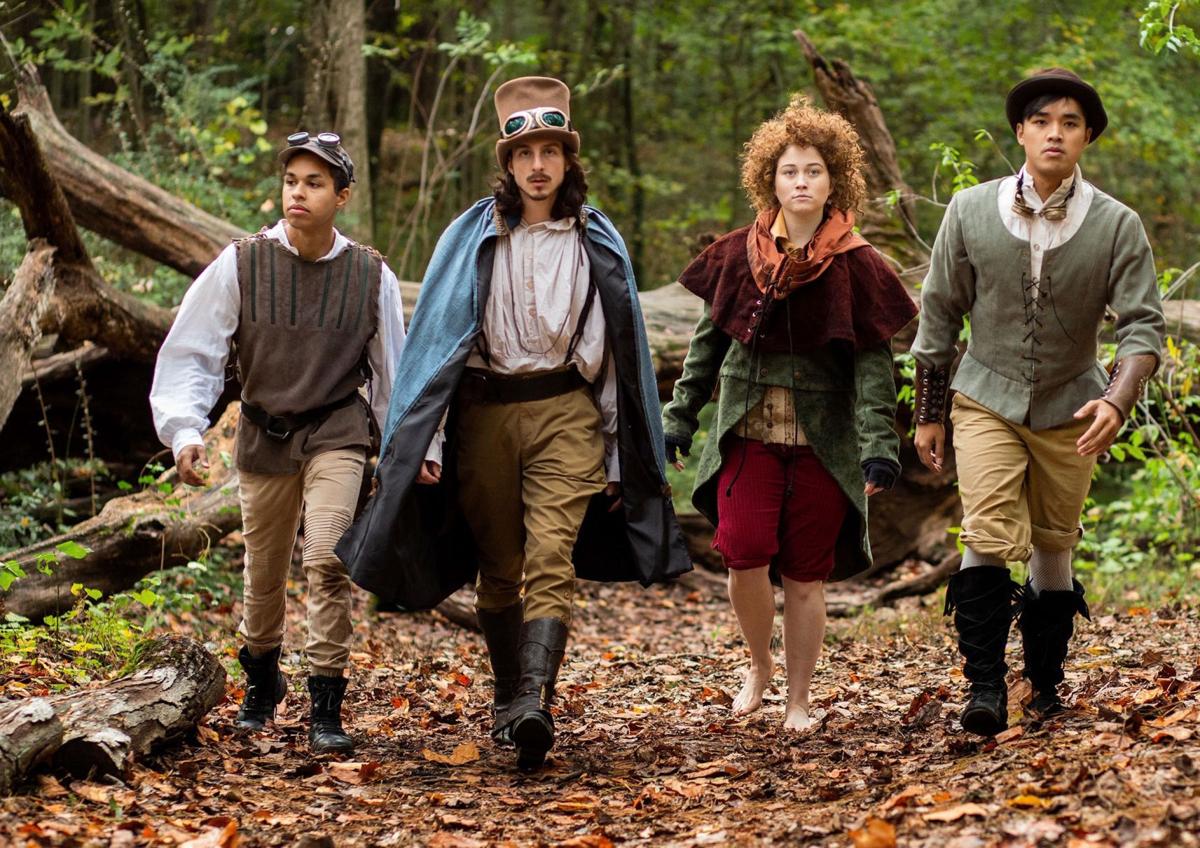 Brooke Owens (Bilbo Baggins) holds The One Ring in Synchronicity Theatre’s “The Hobbit.”

You may have read “The Hobbit” or seen the three movies based on the book, but you’ve never seen it like this before.

Synchronicity Theatre in Midtown, in partnership with the Havoc Movement Company, will host a play adapted from the classic 1937 novel by J.R.R. Tolkien, but with a steampunk twist, Jan. 31 through Feb. 23.

Steampunk is “a genre of science fiction that has a historical setting and typically features steam-powered machinery rather than advanced technology” and a fashion and design style based on that genre, according to Google.com.

“Initially this came as an idea from (Synchronicity Producing Artistic Director) Rachel (May), and the script itself called for that kind of voice on the show,” said the play’s director, Jake Guinn, who also serves Havoc’s co-founder, artistic director and fun-maker. “Coming in, this story is almost 100 years old itself, and when we were looking at it, this feeling of hyper vintage and heavy machinery … gave us the new inspiration to think about the monsters and creatures themselves.

“For me personally, it opened up the musical choices for this show and the sound potential for it. We found a whole new groovy sound for the show that ended up driving a lot of the artistic choices for the show.”

Havoc, which is based at the Windmill Arts Center in East Point, an organization that “offers theatre poised to enrich the Atlanta community with adventurous art,” according to its website.

“Our goal is to find the action within the text, even in those moments that may not seem like they’re full of action,” Guinn said. “So diving into something like ‘The Hobbit,’ it’s everywhere. From Havoc, we tried to bring our adventure spin on things. There’s a lot of fight choreography. There’s a lot of monsters dancing.

“… We were talking about the nature of the movies and how we felt about them and even the old cartoon movies. We really wanted our version of ‘The Hobbit’ to be a lot of fun for people. My personal journey is to bring more joy in to the word with the art we do, and we really approach that from this show.”

“It’s very high impact,” she said. “The audience doesn’t really rest until intermission. It’s a high-adrenaline, high-danger type of show. … It’s more like we’re pushing the boundary we can bring adventure- and action-wise. That has been the most exciting part and most different. That’s what Havoc and Jake bring to it based on his background. I think the steampunk really helps elevate that kind of theme.”

Owens said the play is appropriate for ages 4 and older.

“There’s something in it for everyone,” she said. “It’s a lot more mature in the right ways that will make people that love ‘The Hobbit’ move and book, they’ll be excited about the changes we’ve done. I think the kids are going to lose their minds with the adventures and all the interaction we have with them. It’s not one of those shows where you just sit there for an hour and half. It’s very involved with the audience itself.”

Tickets range from $21 to $31 for adults and $16 to $26 for children 3 to 12 and free for kids under 3. For more information or to purchase tickets, visit www.synchrotheatre.com.

The Center for Puppetry Arts is adapting ‘Stellaluna’ into a play

When Janell Cannon wrote “Stellaluna,” a best-selling children’s book about a baby fruit bat, she did so for two reasons.

“Wayfinding,” the latest play from Synchronicity Theatre, uses “time bending” to impact the characters and the storyline.

The outsiders at the protests

Reverend describes how police sent her running from church

Smoke canisters fired at peaceful protesters outside of White House

Don Lemon: This was all a show