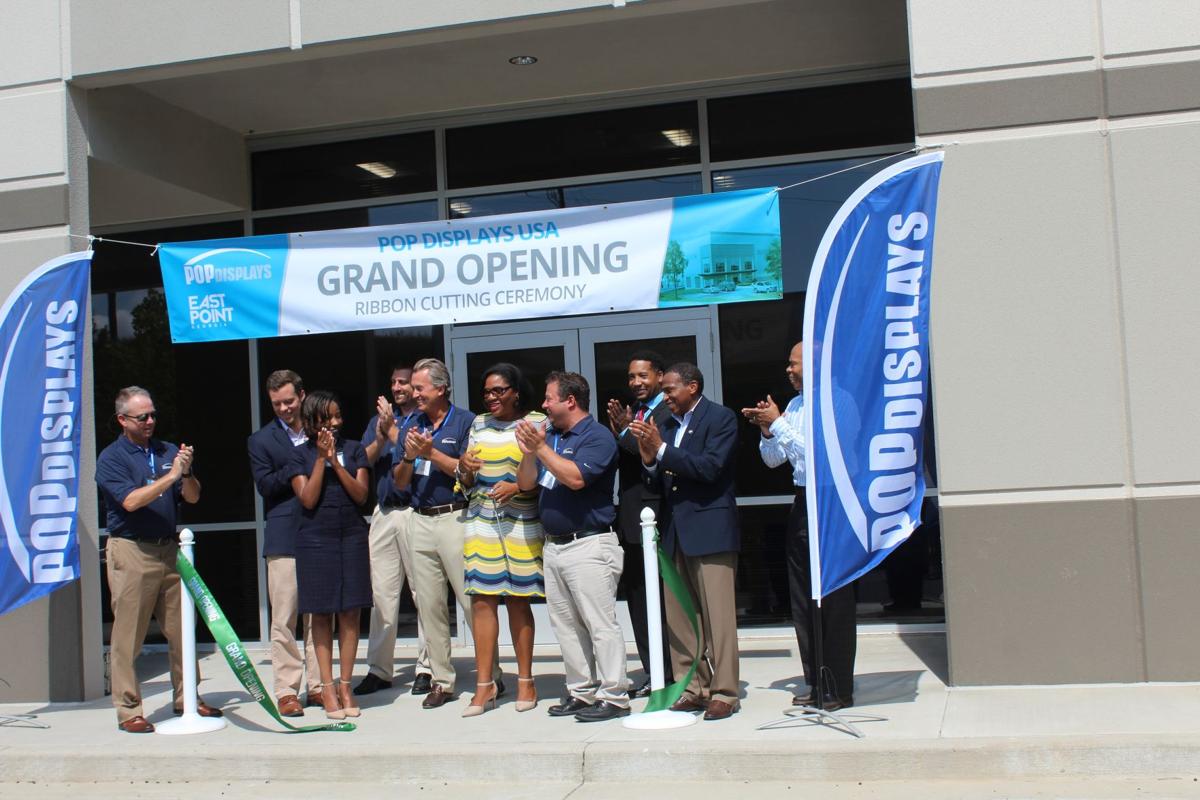 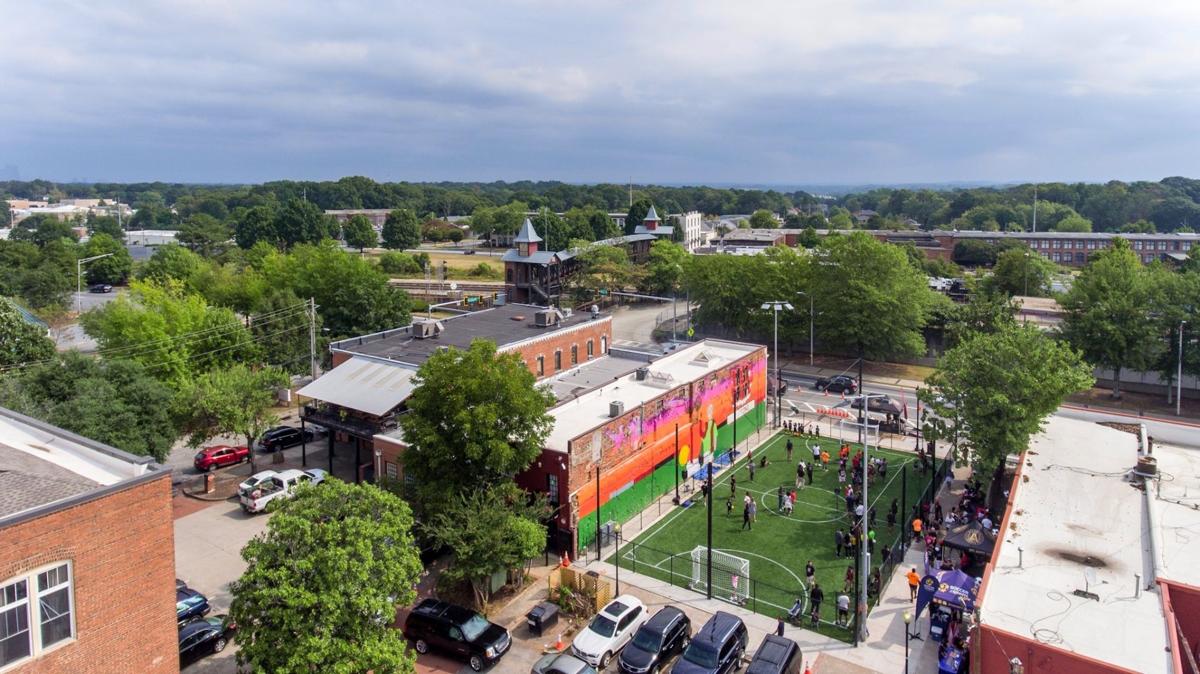 Pictured is the SoccerStation in East Point which opened in October. 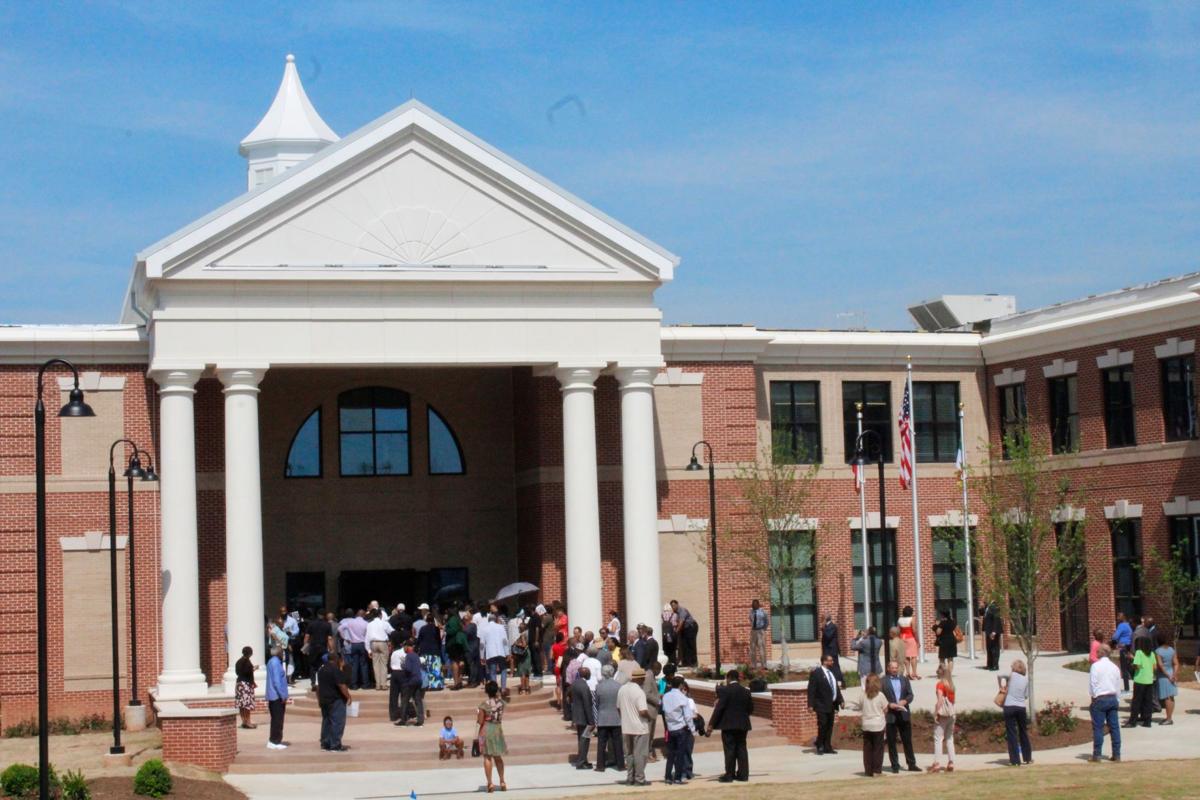 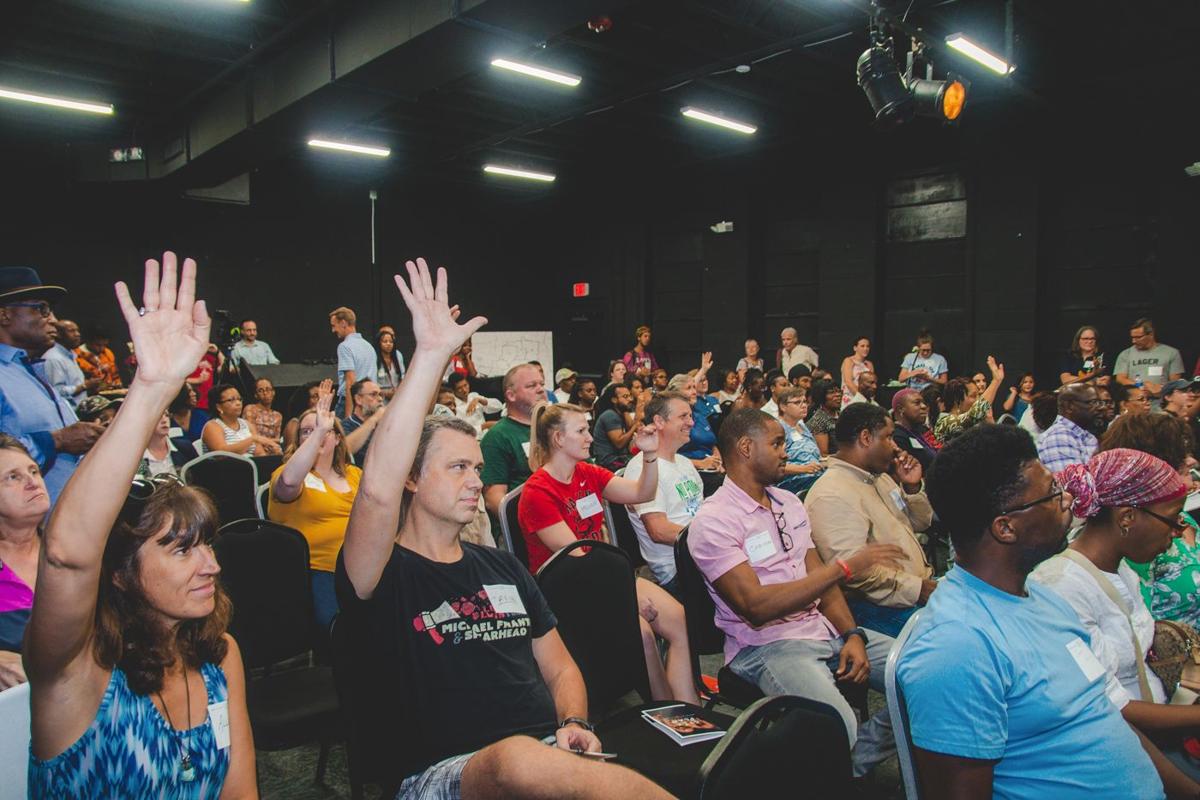 More than 100 East Point residents, community leaders and city staff joined with representatives from Food Well Alliance, Atlanta Regional Commission and Taproot at the ArtsXchange to celebrate the city of East Point’s selection as the pilot for metro Atlanta’s first City Agriculture Plan.

Pictured is the SoccerStation in East Point which opened in October.

More than 100 East Point residents, community leaders and city staff joined with representatives from Food Well Alliance, Atlanta Regional Commission and Taproot at the ArtsXchange to celebrate the city of East Point’s selection as the pilot for metro Atlanta’s first City Agriculture Plan.

With new initiatives, programs and numerous ribbon cuttings, East Point dominated the South Fulton Neighbor headlines this past year, making the city the 2019 Newsmaker. Take a look back on East Point’s 2019 newsworthy moments:

♦ East Point started a big year of grand openings with the new ArtsXchange facility community center. Located at 2148 Newnan Street, the ribbon cutting drew in huge crowds, signaling residents and community members’ interest in growing the city’s cultural offerings and programs. Four new initiatives were launched at the center—a performing arts incubator, community recording studio, an ongoing series of free classes taught by two resident artists and the opening of a community library and resource center dedicated to literacy through the arts.

♦ Tackling food insecurity and access to more nutritional food options, East Point also became the home of two important food-oriented resources for the south Fulton community and beyond. In February, the Atlanta Community Food Bank held a groundbreaking ceremony to begin work on its new headquarters at the intersection of Redwine Road and Desert Drive. The $15 million, 344,000-square-foot headquarters with a warehouse and office east of I-285 and next to the Williamsburg area is expected open before the spring of 2020. As the project progresses, the food bank in Atlanta will continue to operate as usual. Then, in August, East Point was selected as the pilot location for a plan to prioritize urban agriculture. Atlanta-based nonprofit Food Well Alliance, which is a collaborative network of local food leaders, is heading up the new program called the City Agricultural Plan. Guided by the planning expertise of the Atlanta Regional Commission, the goal is to connect thriving community gardens and urban farms in order to provide greater access to locally grown food across the metro Atlanta Region. Goals for the inaugural program, which will continue to work and expand in 2020, include more thriving community gardens and urban farms providing greater access to locally grown food across the metro Atlanta region, which translates to healthier people, environments, and communities.

♦ East Point officials celebrated the opening of a new facility in August that relocated from Yonkers, New York to Fulton County. Earlier in 2019, POPS Displays USA announced they would invest about $7.9 million into Fulton County with the opening of the new manufacturing and distribution facility in East Point. The facility promised to hire 280 employees and provide 165 temporary jobs. “As our company grew, we looked for the best location to expand our capacity. Atlanta was an easy choice with its robust infrastructure, favorable transportation hub, and large pool of talented employees,” said Mike Bell, CEO of POP Displays. “We look forward to being part of the East Point community as we continue to grow our business domestically and internationally.” Bell added that job tax credits and working with local and state economic development teams helped sealed the decision to come to East Point.

♦ The city of East Point celebrated ribbon cutting after ribbon cutting in 2019, but none more so anticipated than when the new city hall opened to the public. A journey that started 10 years ago for the city marked significant progress at the end of April with the opening of the 32,000 square foot building. The new city hall is home to city offices, a multipurpose city council chamber and an additional 2,400 square feet for future growth. “This is not just a government complex but also a venue for greater events and for the residents to use right in the heart of our downtown area,” said Deputy City Manager Deron King at the grand opening celebration.

♦ Becoming a more art-friendly city was one East Point’s biggest initiatives in 2019, cemented with the adoption of the city’s first Public Arts Master Plan in June. Through the Public Arts Program, an Arts Commission was established to make decisions on what art will be showcased and where it will be displayed. Art to be showcased in the city includes murals, switchbox art work, art work on new developments, sanitation trucks, manhole covers and water towers. The plan also supports the performing arts for companies such as Ballethnic Dance Company, based in East Point, to showcase their performances. “Our Public Arts Program will cultivate vibrancy in our downtown and neighborhoods, create gathering spaces that promote community connections through art, connect our youth to art and artists, and serve as a branding opportunity for the city to display our unique identity and enhance our gateways to the city,” stated Mayor Deana Holiday Ingraham during the plan’s inception.

♦ Residents and visitors alike were encouraged to hop directly off MARTA and kick-off a game of soccer when East Point became home to the third addition of the world’s first network of soccer fields located within or close to the perimeter of major transit stations in October. Soccer in the Streets, which started in order to provide equal access to quality soccer training and educational opportunities, as well as leveling the playing field across the board for children who may not otherwise have access to soccer, opened the StationSoccer location at 2797 Main Street, across the street from the East Point MARTA station. “Atlanta United is proud to be a partner of the League of Stations and to celebrate the East Point StationSoccer opening,” said Atlanta United president Darren Eales. “StationSoccer is a wonderful example of the kinds of innovative, impactful projects we are happy to support through the Atlanta United Foundation. We’re excited to help make the sport of soccer easily accessible to the East Point community and the greater Atlanta areas alongside MARTA, the city of East Point and Soccer in the Streets.”

A new mobile app designed to offer a convenient way for residents to report issues and connect with officials is coming to Union City.

Hurricane Alpha? Amped up season forecast, names may run out