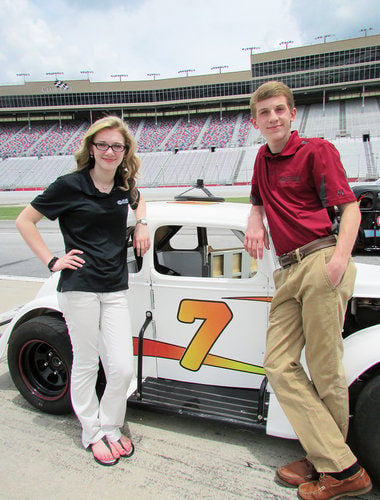 In this 2014 photo, from left, Taylor Jorgensen and brother Jensen Jorgensen relax after racing at Atlanta Motor Speedway in Hampton. 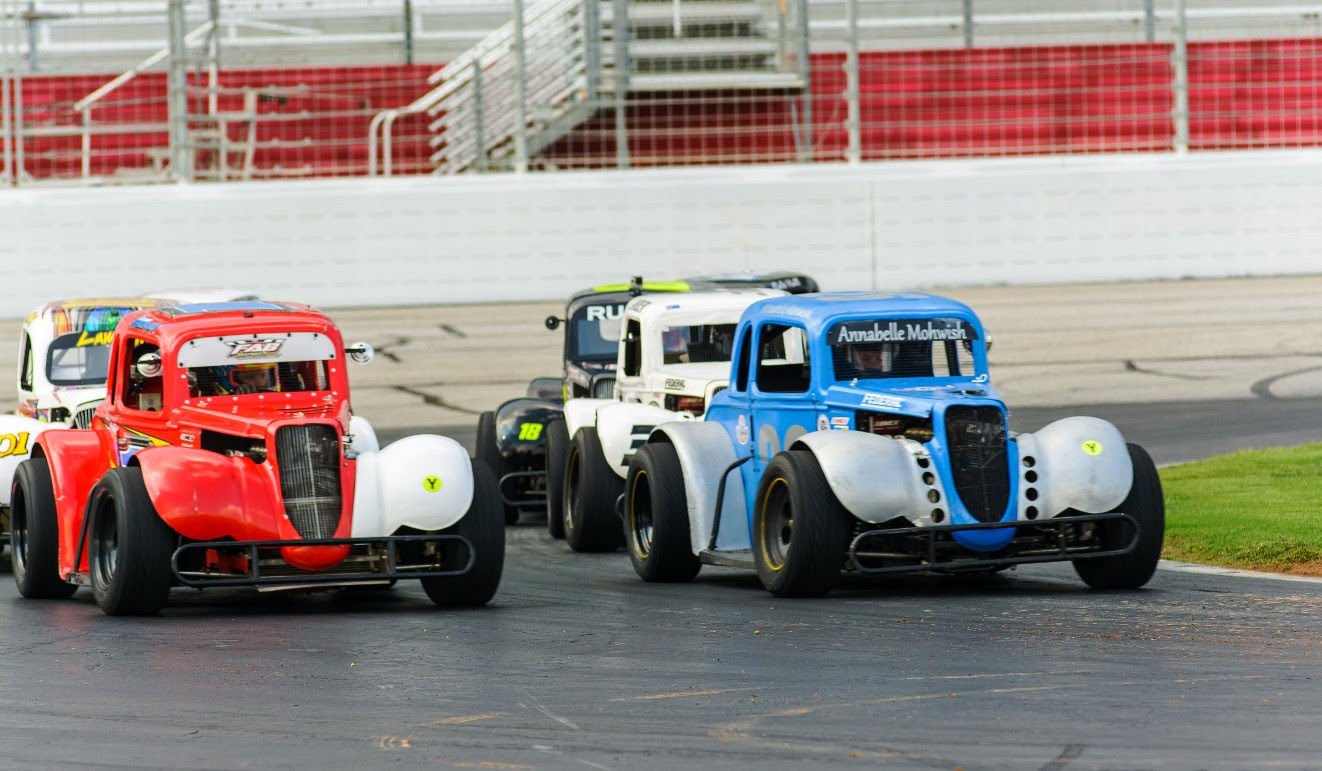 In this 2014 photo, from left, Taylor Jorgensen and brother Jensen Jorgensen relax after racing at Atlanta Motor Speedway in Hampton.

With nearly 70 drivers and 16 feature races, it was a full day of on-track action, crossing the halfway point of the five-event offseason series.

From Stockbridge, veteran Pro division driver Jensen Jorgensen picked up right where he left off after Week 1 in January and dominated both Pro division feature races March 10, notching his third straight victory.

Sister Taylor Jorgensen made it a one-two family finish in the first race, while Russell Fleeman of Dacula finished third.

Rafe Slate of Eatonton finished in the runner-up position in the second race of the day and Fleeman matched his effort with another third-place finish.

Davis Rochester of Lebanon won the pole for the first of the two Semi-Pro division features and made it count, winning the race with little issue from the competitors behind him.

Andrew Dollar of Atlanta and Hunter Wright of Lebanon rounded out the podium finish, while brothers Cale and Cody Hall of Griffin put on a show of brotherly love with several laps of door-to-door racing, including plenty of bumping and rubbing along the way.

In the second race of the afternoon, it was all Dollar.

He won the pole and proceeded to put on a clinic, leading every lap of the race and cashing in with his second victory of the three-race-old 2018 Furious Five series.

Rochester and Wright finished second and third in order in the second race, both earning their second top-three finish of the day.

Other than a thrilling two-lap shootout between him and Bill Plemons Jr. of Locust Grove following a late-race caution to finish the second of the two Masters division feature races, Robbie Woodall of McDonough kept with the theme of the afternoon and swept both races for his third straight in the 2018 Furious Five Series, never running worse than first.

Plemons and Don Maness of Duluth finished second and third in order in both races for a pair of podium finishes each.

After winning the pole and staying up front for each of the first 16 laps in the Chargers division feature, it looked like Nathan Jackson of McDonough would drive away with a dominating performance to start off his afternoon.

But with less than four laps to go, Cumming’s Lucas Ruark snatched the top spot after overtaking Jackson on the backstretch and finished off the victory with three fast laps at the head of the pack.

Jackson held on to finish second, and Canton’s Michael Gannon finished third to round out the podium.

In the second Chargers division feature of the afternoon, Jackson once again won the pole and this time made it count, putting on a clinic to notch his first victory of the series and his third top-three in three races.

Gannon, this time, finished second, while Ruark rounded out the podium in third place.

It was Little Rock, Arkansas’ Bryson Matthews who won the pole in the first Rookie Bandoleros division feature of the afternoon, but Carter Griffis of Homerville, who started on the outside of Matthews, snatched the lead from him on the race’s first lap and went on to win the race in dominant fashion.

After navigating his way through a number of mid-race cautions, Griffis needed one last restart with three laps to go to seal the deal, and with a final burst of speed, rounded the Thunder Ring thrice more to seal up the victory, his first of the offseason.

Matthews held on to finish second and Bailey North of McDonough rounded out the top three.

Griffis made it two-for-two in the second race of the day after fighting off Acworth’s Lee Brown and Matthews once again, both of whom held the lead at least once early on in the race.

The Homerville native made it look easy down the stretch and crossed the finish line well ahead of his competitors.

Matthews and North once again finished second and third, respectively.

It was the Clay Thompson Show in both Young Lions division feature races March 10.

Thompson, a Bowersville native, won the pole and led every lap in both races to sweep the double-feature lineup.

Thompson’s only real hiccup was a false start at the beginning of the first race, but it took him less than a lap to regain the lead and he drove off from there to the checkered flag.

Blaze Crawford of Fayetteville and Audrie Ruark of Suwanee finished second and third, respectively, in the first race of the afternoon, while Ryan Rackley of Valdosta notched a runner-up finish in the second race, with Crawford scoring his second top-three of the day with a third-place finish.

Suwanee’s Carson Ruark pulled off a sweep of the Bandits division, winning both races on March 10.

In the first race, he stole the lead from pole-sitter Max Hennebaul of Monroe on Lap 5 and cruised to the victory and then replicated the exact same effort once again in the second feature to seal up the two-win afternoon.

Kelley Puckett of McDonough and Matthew Kade of Hampton rounded out the podium finish in order in the first race, while Hennebaul and Puckett were second and third in the last of the twin bill.

Like Griffis, Thompson and Carson Ruark before him, Blaise Maddox won both feature races in his division March 10 to sweep the Outlaws division double feature.

Winning both of the poles, he never trailed in either race to rack up his first to victories in 2018.

Kenneth Henderson of Alto, Kenny Brady of Marietta, Keaton Hendrix of Homerville and JustinCampbell of Griffin finished second through fifth in order in both races for identical top fives.

The Furious Five series continues with Week 4 on April 7.

Harvick back in Victory Lane at Hampton racetrack

Kevin Harvick held three fingers out his window on his way to Victory Lane after the Feb. 25 Folds of Honor QuikTrip 500 at Atlanta Motor Spee…

Hampton racetrack prez is promoter of the year

The fifth anniversary Imagine Music Festival is set for Atlanta Motor Speedway in Hampton from Sept. 21 through 23.

A 70-year-old standard for hot rod enthusiasts is making its first inroad into Hampton.