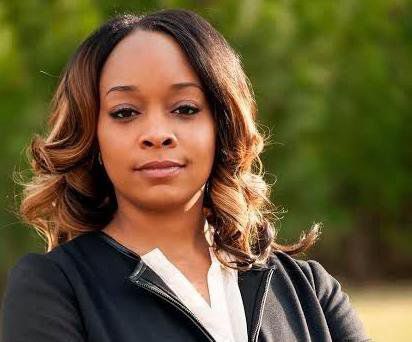 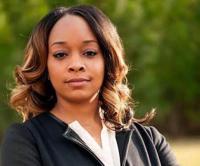 “As seatmates in the general assembly, Rep. Spencer and I have had very frank and difficult conversations regarding all areas of politics,” Jones said in a statement, “including race, class, health care and religion.”

“She’s never backed down from me in any of the debates we’ve ever had,” he said in a statement, “even if those debates might have appeared to others that we were being hostile or rude to each other.”

Their statements followed a recent Facebook post by Spencer, now deleted, about Confederate monuments in south Georgia, to which Jones replied.

Media outlets displayed screen shots that implied physical harm to Jones if she advocated for the monuments’ transfer from state grounds to museums.

“I regret that my choice of words in warning LaDawn about the possibility of violence has been misinterpreted as a threat against her, or anyone else who would like to see historic monuments to the Confederacy removed,” Spencer said in his Aug. 30 statement. “I was trying to warn her that there really are people who would harm others over the issue.”

His Facebook page contains a photo of him with the recently installed statue of the Rev. Martin Luther King Jr.

In his statement, Spencer condemned racism, the concept of white supremacy, the Ku Klux Klan and neo-Nazis.

But he also issued a general warning.

“Provoking such hateful people is to deliberately invite violence with them,” Spencer said.

Jones said her concern is not for her own safety, but the bigger picture.

“Although in his statement Rep. Spencer’s disavowed white supremacist organizations, his tacit acceptance of the type of deplorable violence he described is de facto approval of it,” she said. “Warning me of the existence of such hate, rather than addressing it head-on with his south Georgia neighbors, is very similar to (President) Trump’s claims of bad people on ‘all sides.’”

Jones said in her statement that Confederate symbols are a serious topic.

“If monuments were not an issue, I could speak about it without ending up in the Okefenokee (Swamp in south Georgia),” Jones said, referring to the Facebook exchange.

The former south Fulton lawmaker, who declined to run again in favor of devoting more time to her Hapeville legal practice, called for “deeper discussions” on racism, with which Spencer agreed.

“The racial division in our nation is terrible and is going to get worse if my colleague and I cannot have the kind of conversation we had on social media,” Spencer said. “I’m grateful that LaDawn Jones is willing to start that conversation with me.”

Like the statue of Andrew Jackson in New Orleans, the carvings at Stone Mountain Park and a Confederate flag at Nash Farm Battlefield in Hampt…

In response to the continuing controversy surrounding Southern monuments, the Atlanta History Center in Buckhead Aug. 28 announced it will hos…