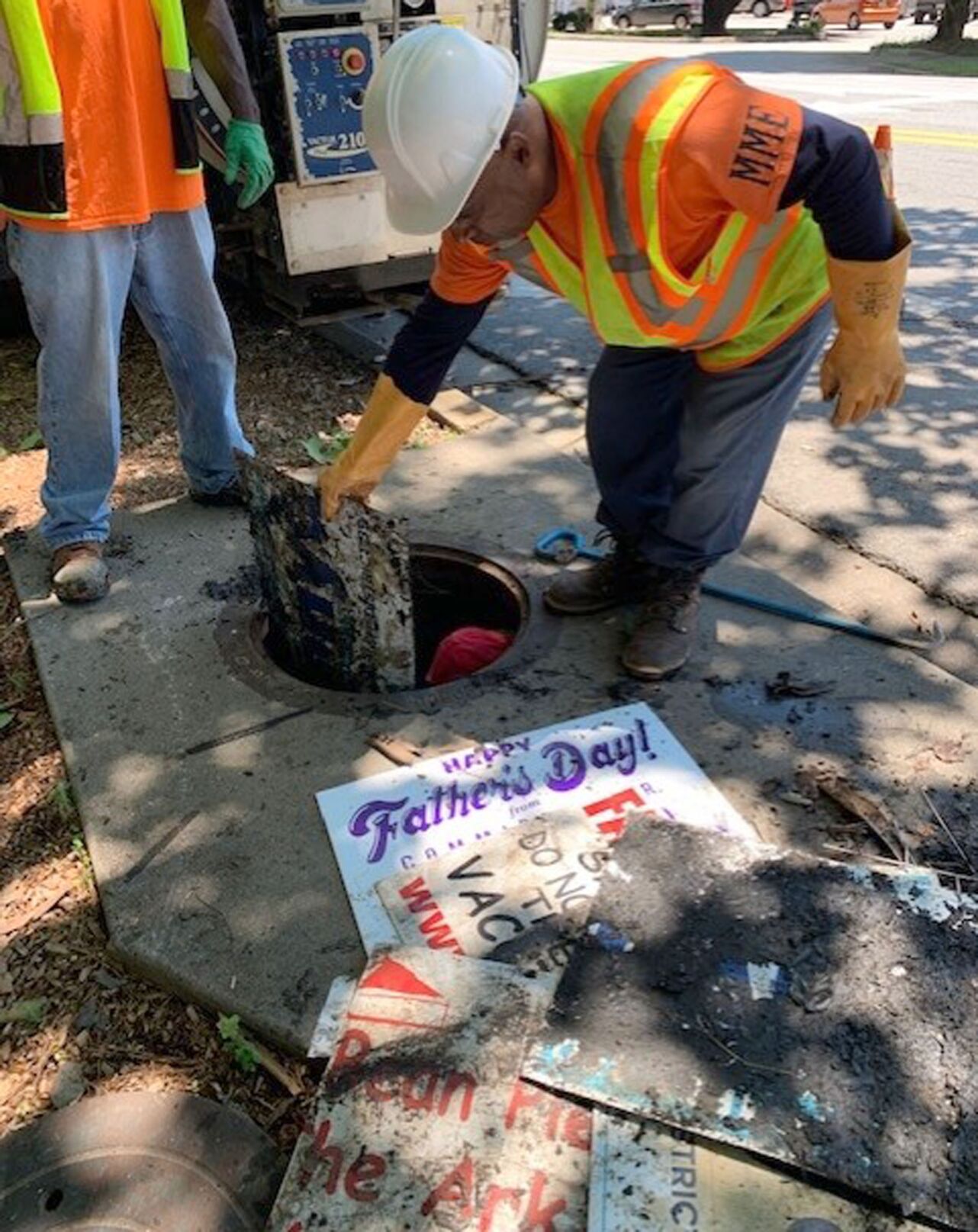 A worker pulls a yard sign out of a clogged storm drain in the city of South Fulton. 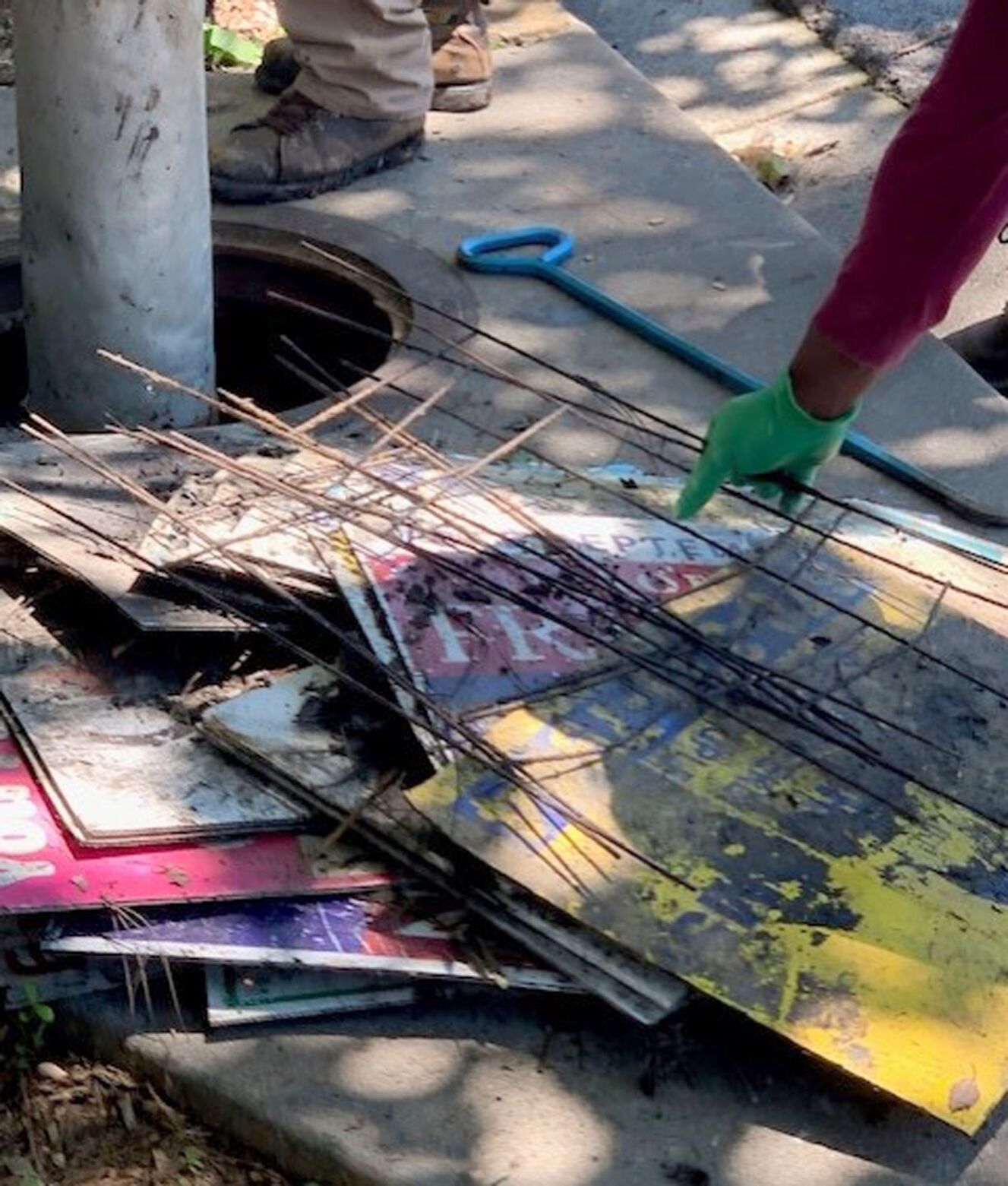 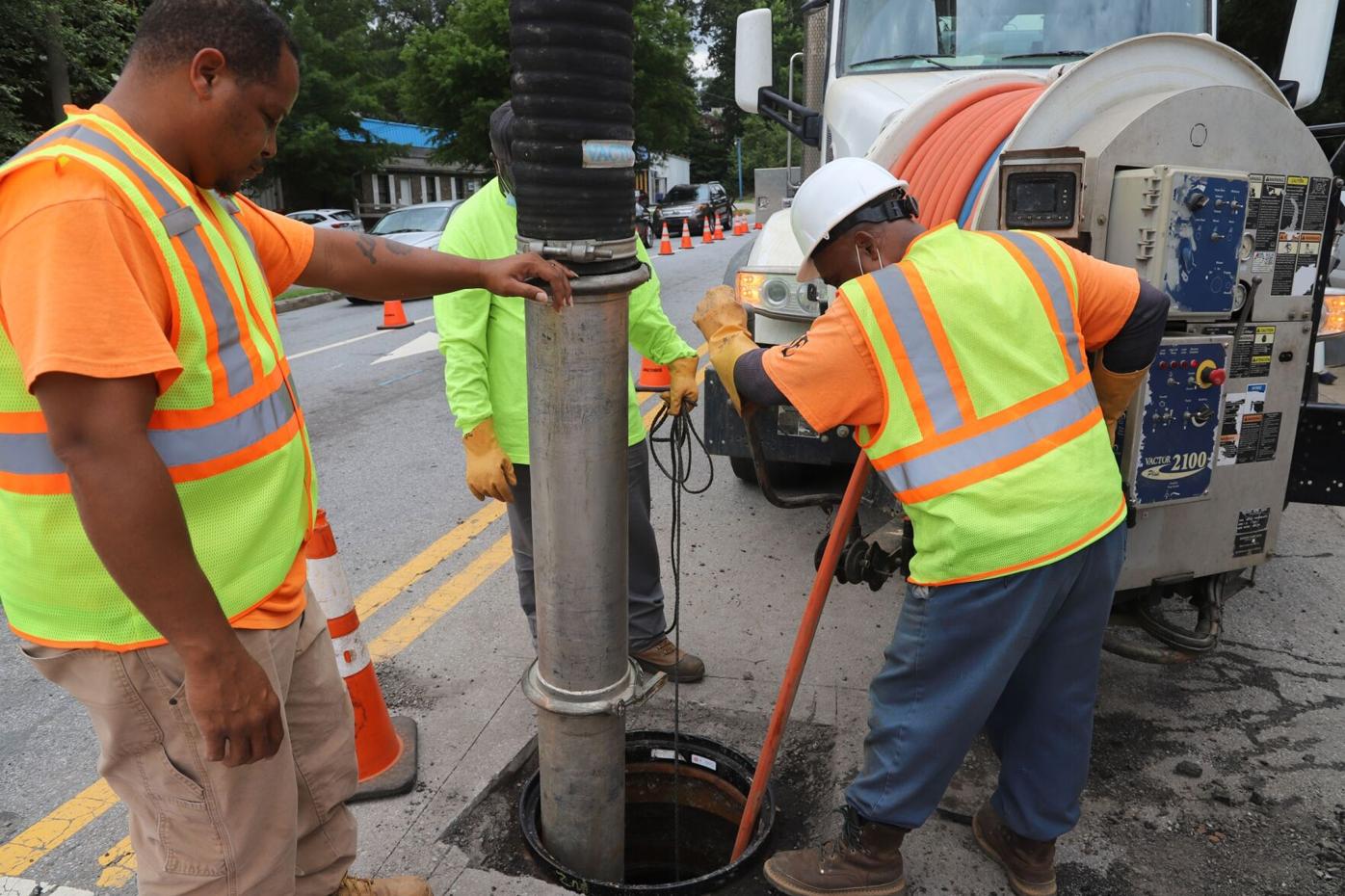 Workers use a vacuum to pull yard signs and debris out of a clogged storm drain in the city of South Fulton. 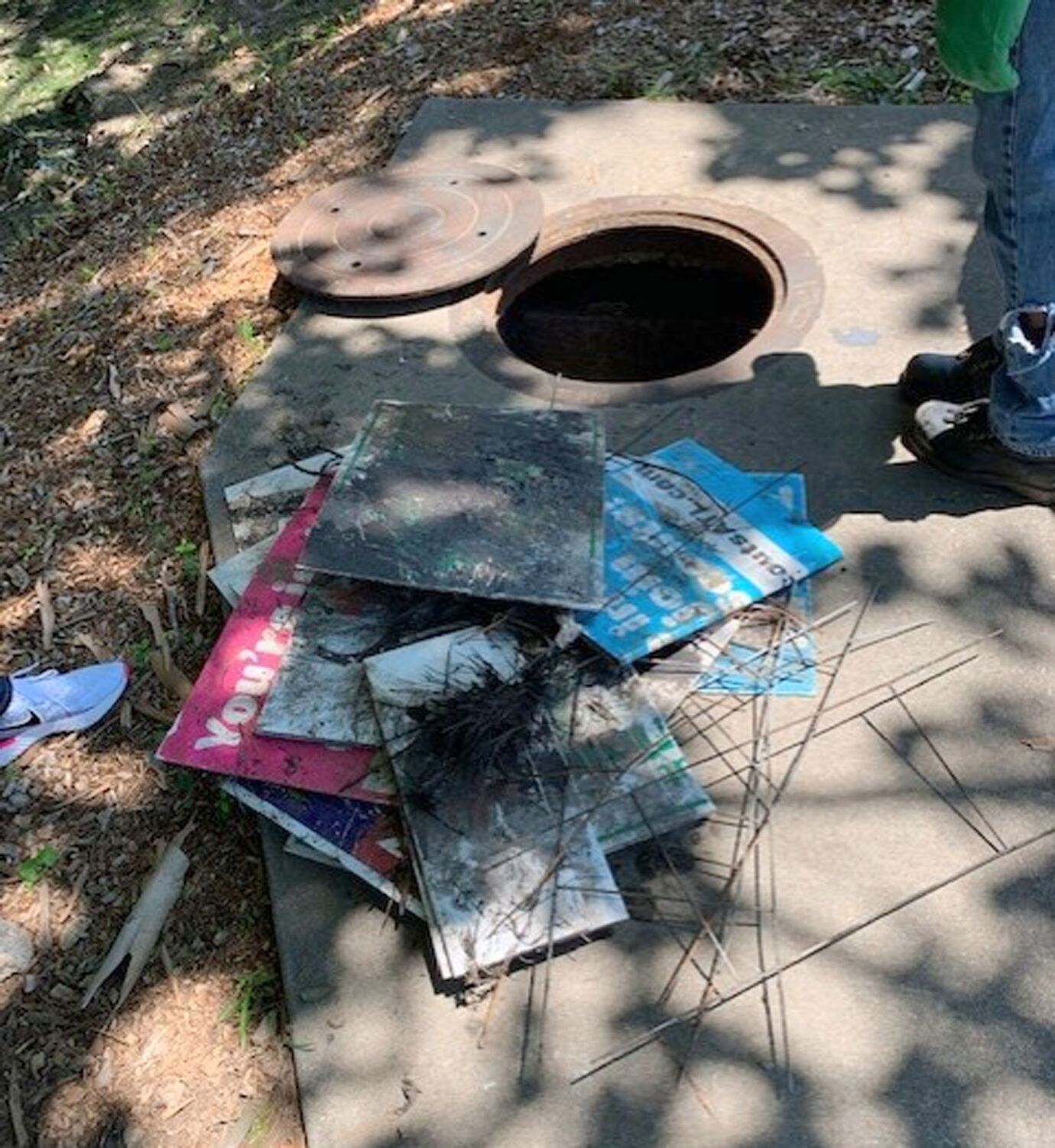 A worker pulls a yard sign out of a clogged storm drain in the city of South Fulton.

Workers use a vacuum to pull yard signs and debris out of a clogged storm drain in the city of South Fulton.

The city of South Fulton is asking everyone there to properly dispose of their yard signs after its public works department spent hours and likely thousands of taxpayer dollars to remove about 25 of them from a storm drain.

City spokesman Gary Leftwich said after residents called the city to report a storm drain overflowing at the intersection of Utoy Springs Road/Research Center Drive and Cascade Road, a major thoroughfare, a crew of at least five workers discovered it was clogged. Leftwich said they spend six to seven hours combined June 23 and 24 working on the project.

“As they vacuumed the drain, about two dozen yards signs – mostly political, but some advertising (one wished someone a happy Father’s Day) – were discovered packed together,” he said. “Further debris had clogged around the signs.

“Judging from how the signs (were) clustered, crews determined they have been shoved in the curbside drain. This cleaning process (is) resulting in significant, unnecessary costs for renting a truck and having a crew on site.”

One lane of Research Center Drive was closed and traffic was diverted as the crew worked to remove the signs and unclog the drain.

“Beyond that there’s the physical cost of inconvenience. Having to clear these drains pulls workers off other jobs that are at the benefit of residents, and we’re not able to complete those (other) jobs (as fast) if we have to complete jobs like this (first),” Leftwich said, adding closing a lane and diverting traffic also becomes a safety issue.

He said the signs’ owners should throw away or recycle the signs the right way.

“The city encourages political candidates and others placing yard signs at intersections to remove them promptly after the events they advertise are over,” he said. “In fact, owners have three weeks to collect their signs before they face fines. Please dispose of these signs properly. Be responsible and don’t discard them in a way that creates a liability for residents.”

Though the city does not yet have an estimate on the total cost for removing the signs and unclogging the drain, Leftwich said he planned to get one from Antonio Valenzuela, the city’s director of public works, later in the day. He also said South Fulton does not know who placed the signs in the drain, so no criminal charges or fines have been filed yet.

“It could be people who were taking the signs down and inappropriately disposing of them in the drain or people who live in the area are tired of seeing the signs there and putting them in the drain,” Leftwich said. “Nobody benefits from that. So if you see signs at an intersection that have been there an undue amount of time, please call our code enforcement officials so we can remove the signs and investigate and levy fines.”

He said residents can contact code enforcement through the city’s 24/7 call center by calling 311 or 470-552-4311, visiting seeclickfix.com or using the SeeClickFix mobile app.

“It is something for people to be aware of,” Leftwich said. “Disposing of the signs improperly causes safety issues, environmental issues and financial issues.”

A woman who went missing in Atlanta last week has been found dead in the city of South Fulton.

A new resolution on the books in South Fulton declares racism as a public health concern, thereby improving protections for people of color in…

City of South Fulton mayor and city council approved two resolutions at their May 25 council meeting to hopefully implement changes in police reform.

Groups hope all Atlanta apartment dwellers participate in Do You Recycle? Challenge