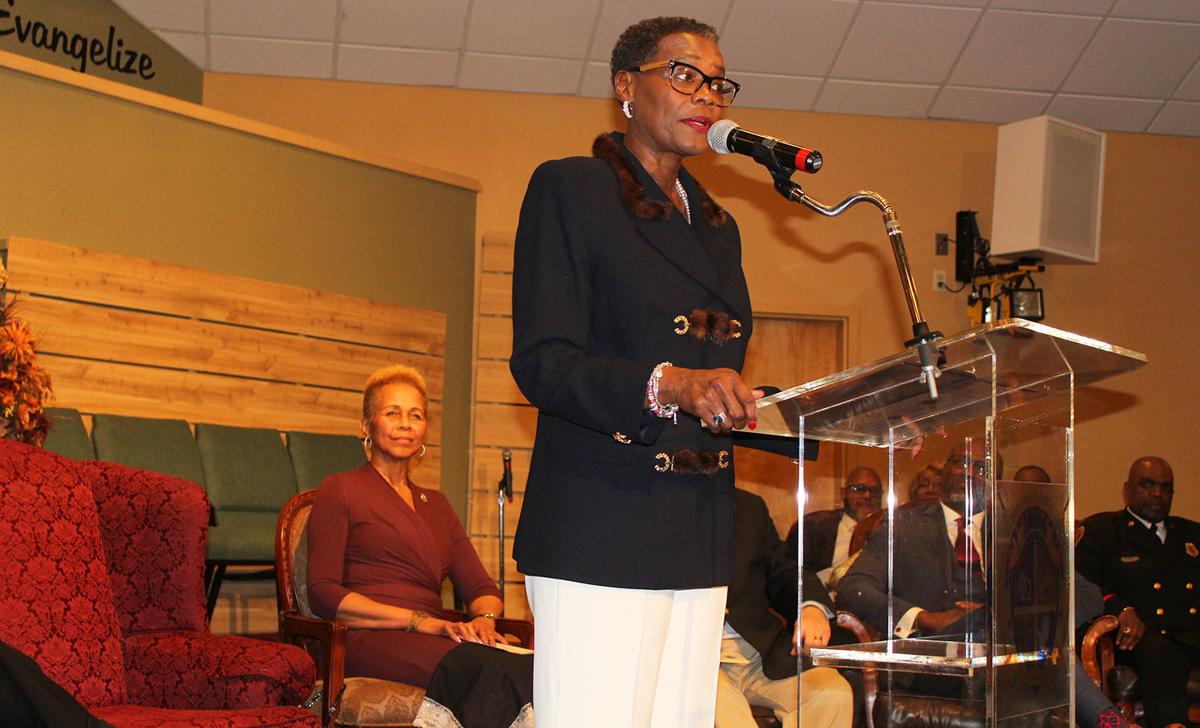 Mayor Elizabeth Carr-Hurst delivers her State of the City address to more than 300 guests as Fairburn City Councilwoman Linda Davis, back left, and others look on Monday night at the Temple of Prayer Family Worship Cathedral. 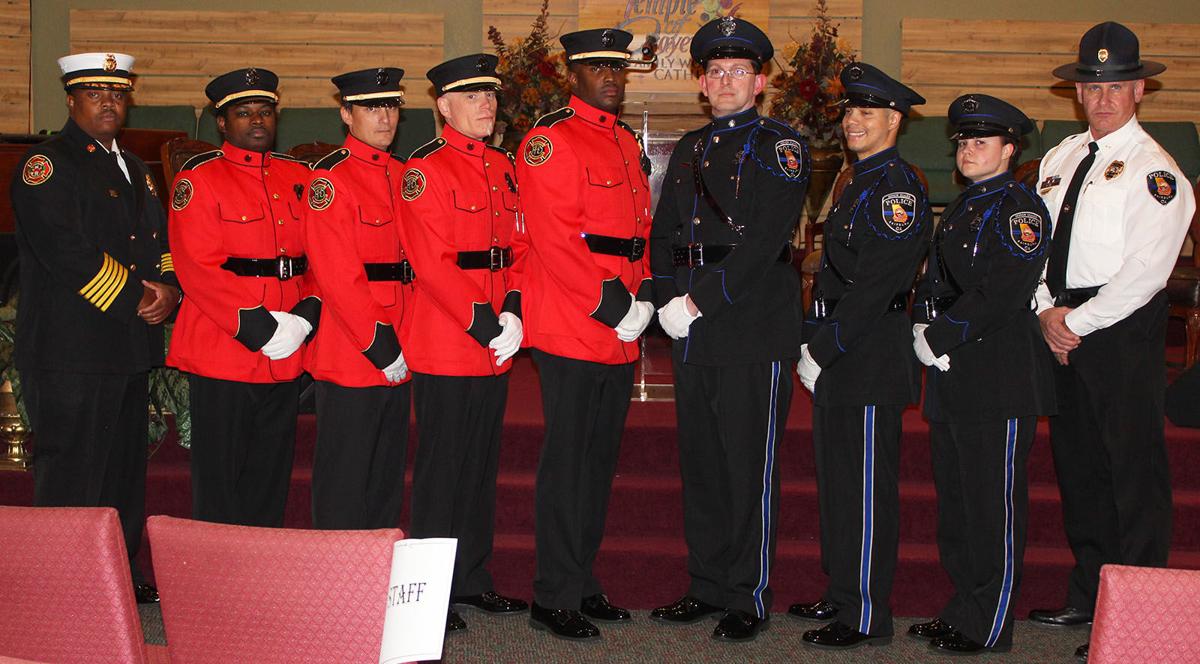 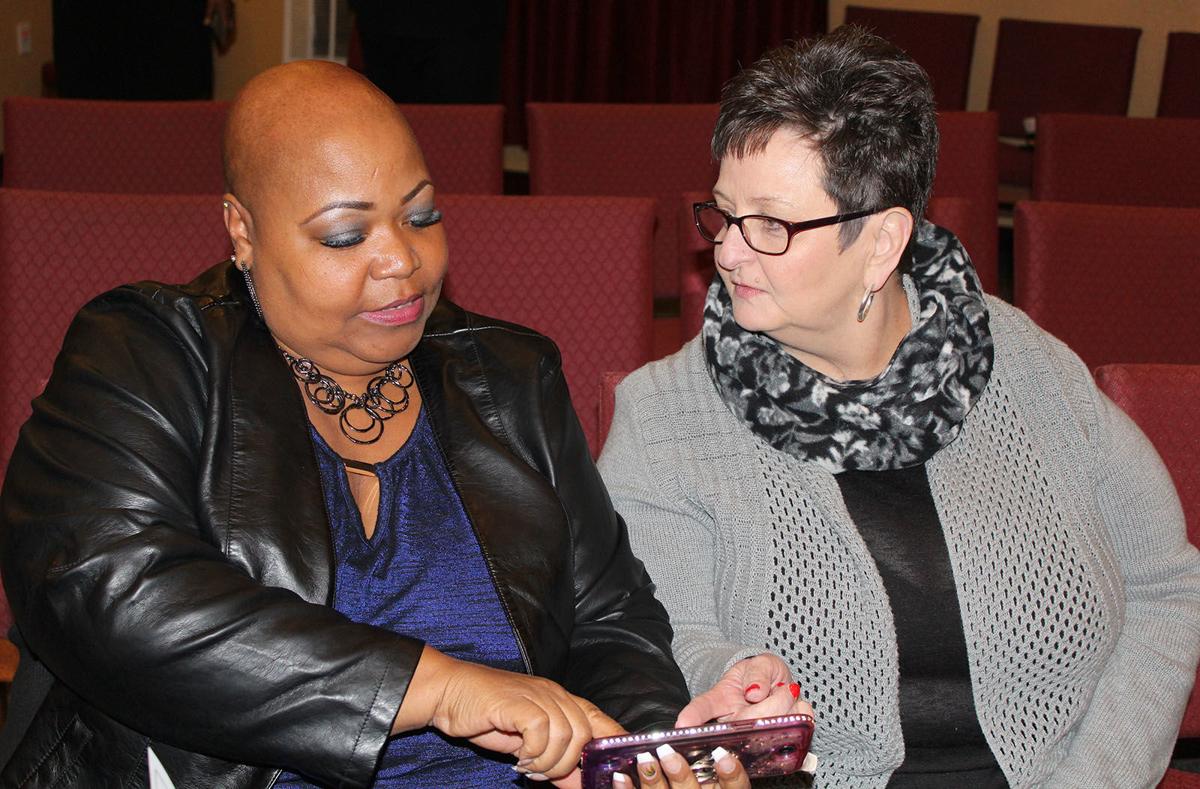 Mayor Elizabeth Carr-Hurst delivers her State of the City address to more than 300 guests as Fairburn City Councilwoman Linda Davis, back left, and others look on Monday night at the Temple of Prayer Family Worship Cathedral.

This article was updated Jan. 16 at 12:50 p.m. with a quote from Union City Mayor Vince Williams and two more photos.

Fairburn’s slogan is “Situated to Succeed,” and Mayor Elizabeth Carr-Hurst said it was an ideal fit for the city as it “embraces our future while remembering our past.”

“Tonight, I am proud to say that because we are all in this together, we are still listening, learning and leading, because when we stand together, there is nothing we can’t achieve,” she said.

Carr-Hurst, who was elected in 2017, gave her second State of the City Address Monday night at the Temple of Prayer Family Worship Center. She addressed to more than 300 guests, including City of South Fulton Mayor William ‘Bill” Edwards and Union City Mayor Vince Williams.

Recognizing a number of state, city and county officials, including Fairburn Mayor Pro-Tem James Whitmore and members of the city council, Carr-Hurst told the council she could not have accomplished anything in her first year “without your confidence and unwavering support.”

Carr-Hurst highlighted the city’s financial accomplishments last year, including a fiscal 2018 budget of $37.2 million with revenues exceeding expenditures by $1.5 million. The fiscal 2019 budget is $39.7 million.

“My plan for 2019,” she said, “is good jobs, massive investment in affordable houses and open spaces, infrastructure to fix traffic, doubling down on community-driven public safety and making downtown Fairburn vibrant for day and night life.

“In times of uncertainty, we will step forward with confidence in our values. With trust in government at an all-time low, we have proven that government can work for all the people and, at times when cities must lead, Fairburn will be a leader.”

The mayor listed nine goals the city has set this year, including the start of construction on a new STEM (science, technology, engineering and math)-focused charter school for grades six through 12, scheduled to be completed in June 2021; the paving of Georgia 74 by the Georgia Department of Transportation and the opening of a new restaurant by May. This eatery would replace the one destroyed by fire in 2010.

In addition, Carr-Hurst said streetscapes will be developed this year in the city’s downtown area, while a utility audit is planned to give city officials an insight into utility costs.

One of the most anticipated projects to begin this year, she said, is the complete demolition of all the city’s remaining blighted properties, with the Habitat for Humanity organization scheduled to build at least two homes on vacant lots in Fairburn.

Construction is also planned this year, the mayor said, on the development of Milam Village, a 9,100-square-foot retail and commercial project on Georgia 74/Senoia Road, as well as construction of a new fire station which would allow the city to better serve the growing population in that area.

“In addition, our city council is also considering plans to incorporate a mini-police precinct adjacent to that new fire station,” she said.

In reviewing the city’s accomplishments last year, the mayor highlighted funding received this past summer from various companies, including a $5,000 grant from Clorox and a $3,000 grant from Waste Industries, for program enhancement for Fairburn residents who participated in last summer’s STEAM (STEM plus art) program.

Other Fairburn achievements last year highlighted by the mayor in her address, were the city hosting its first Business and Economic Investment Forum as well as launching its first economic development promotional video.

“We have also made City Hall more transparent, and have shown that government can be a force for good, not just a source of frustration,” Carr-Hurst said.

Williams said her message was not only for the residents and businesses of Fairburn but for the collective other cities in the area.

“The opportunity she shared with the south Fulton cities working together, that is what we have all got to be focused on as we continue to grow the south Fulton region,” he said. “She delivered that message with heart and love, and I thought her address was very focused. I am proud of what she and the Fairburn City Council are doing. They are great friends to the city of Union City, and we will continue to support anything that we can do collectively together.”

South Fulton will join Fulton County, Georgia and the nation in celebrating the life and legacy of the Rev. Martin Luther King Jr., Ph.D., who…

Although financial advisors say past performance is not an indicator of future results, Fairburn residents and business owners can look forwar…

The last defendant of a group of 16 U.S. Postal Service letter carriers and clerks from across metro Atlanta was sentenced to federal prison f…

Finally, 10 years after it was envisioned, the Union City Community Gathering Place has opened.

Following the longest federal government shutdown in history, Union City Mayor Vince Williams said he hopes he will never see another one.