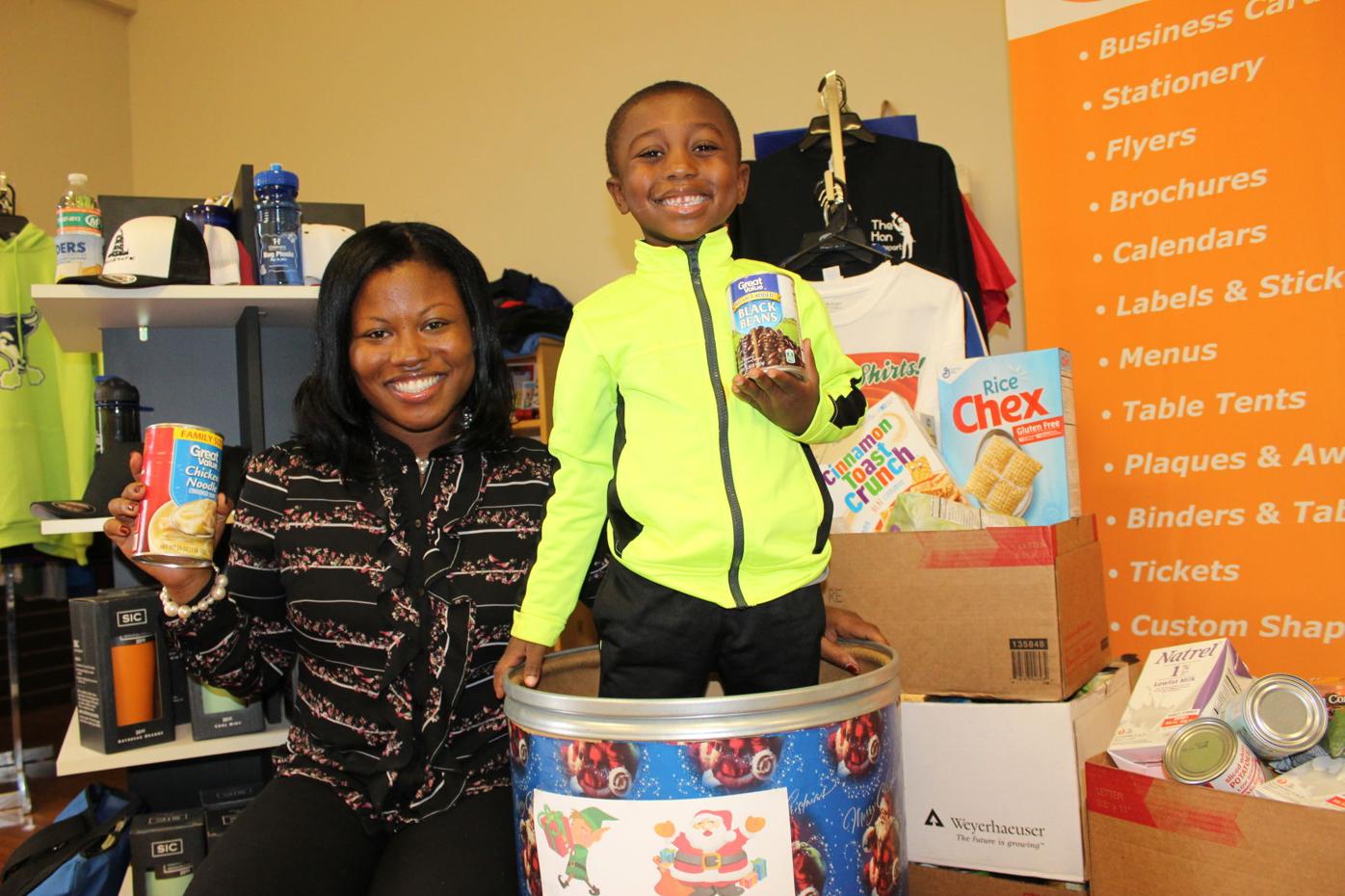 From left, Shana Thornton and her 5-year-old son Treandos bring donations to the food and toy drive bin at Minuteman Press. Treandos bought the canned goods with his allowance money. 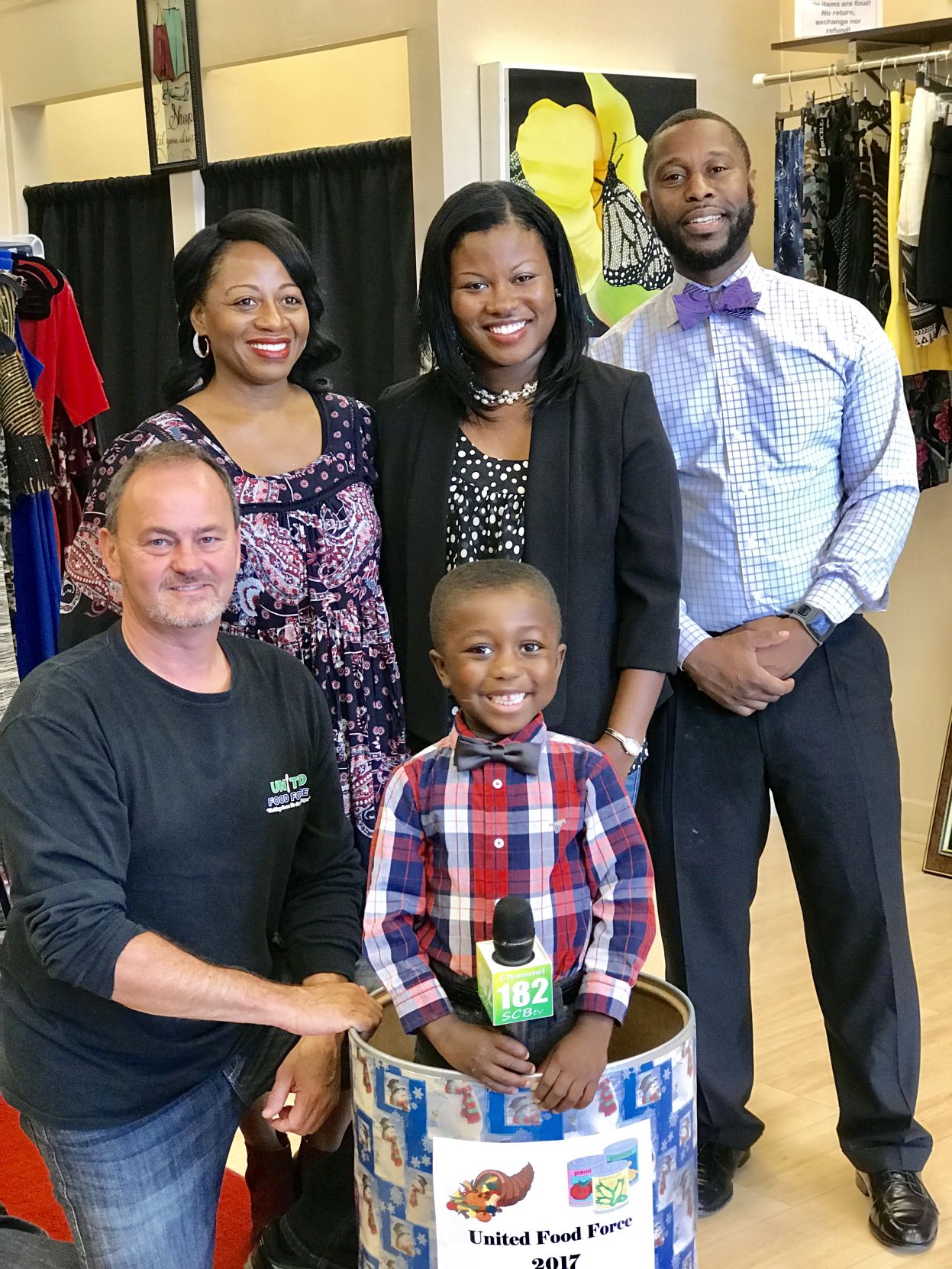 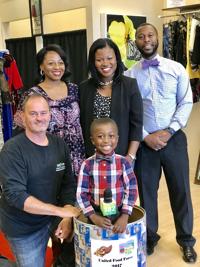 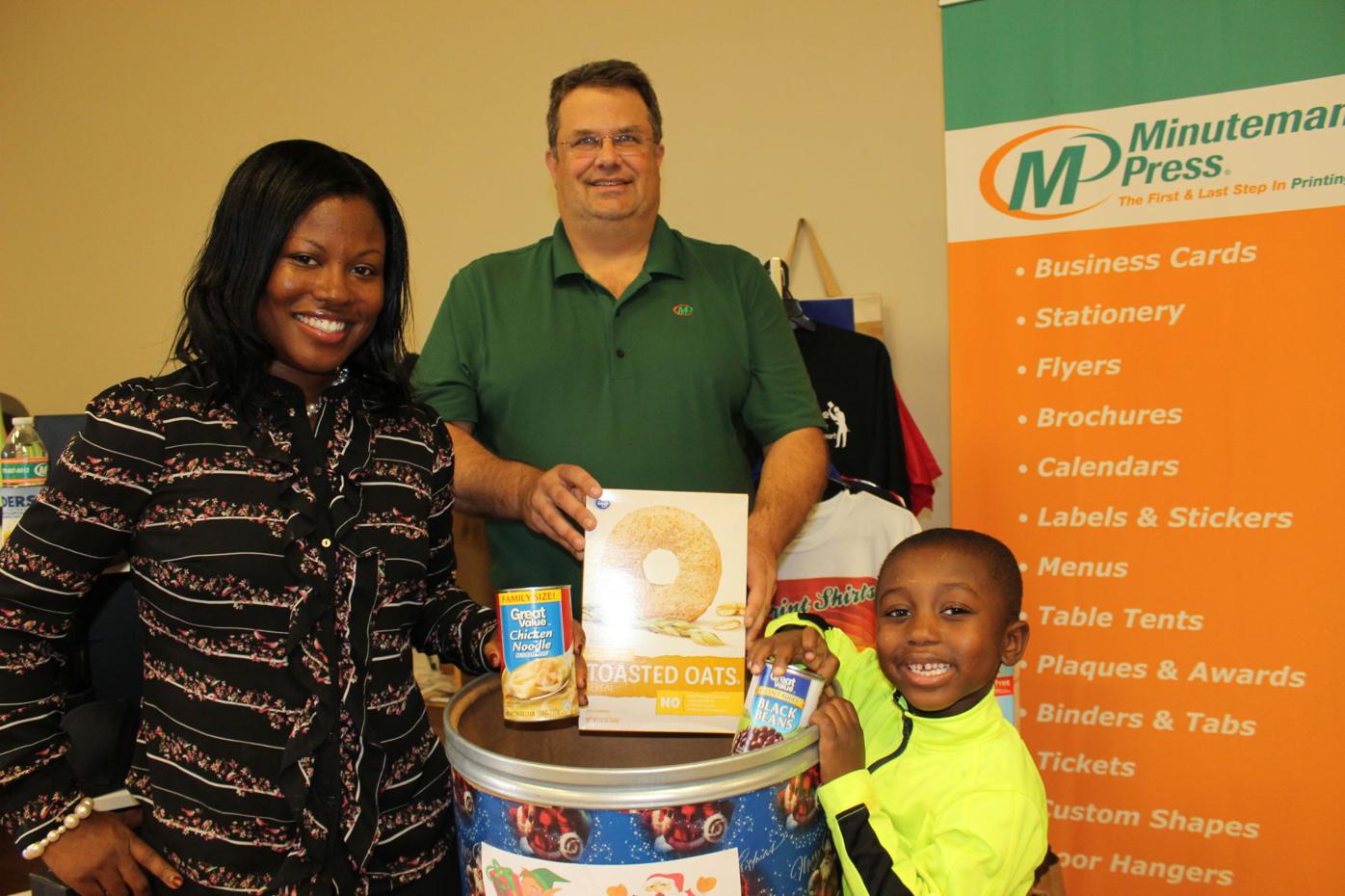 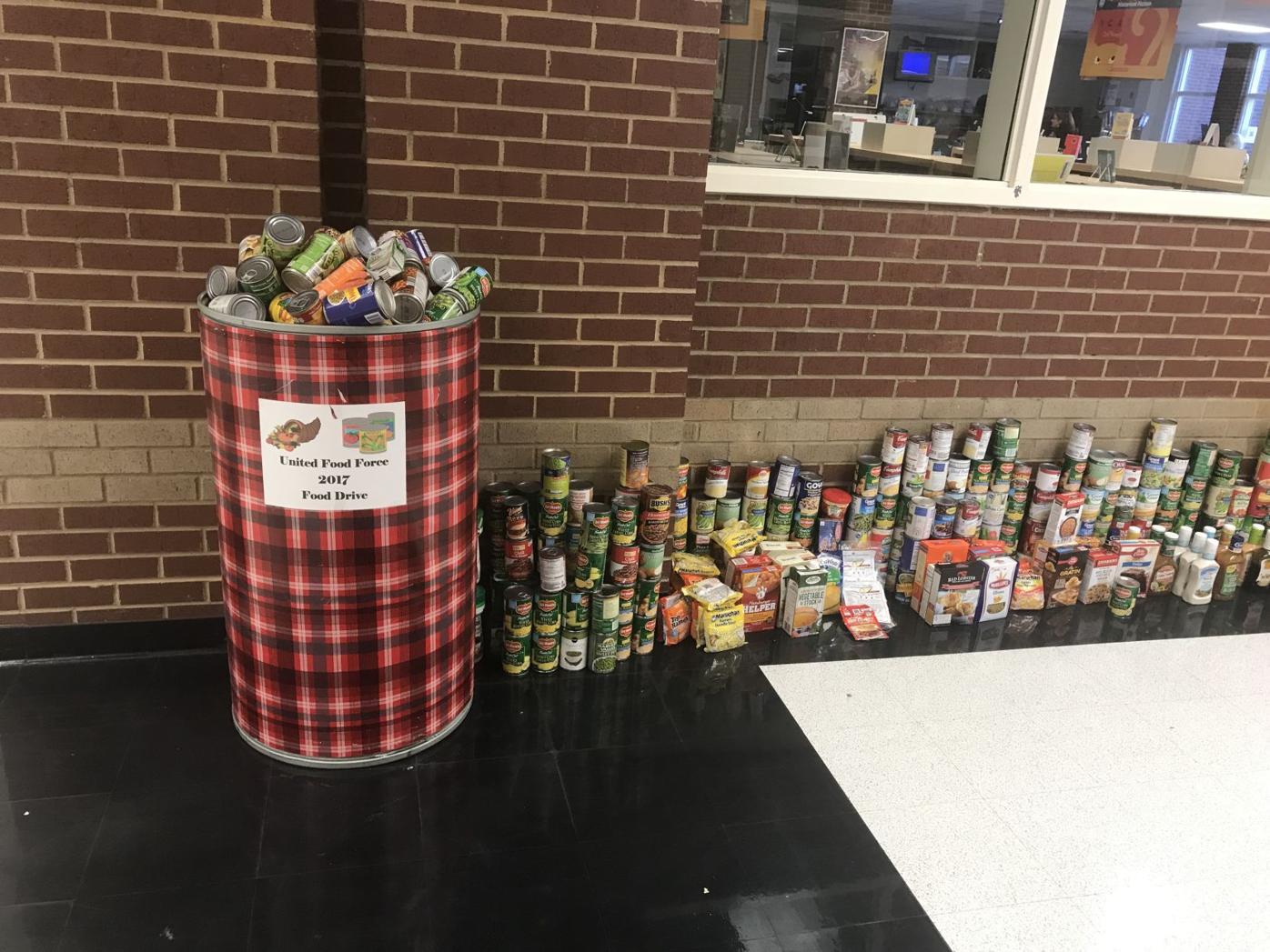 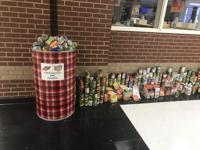 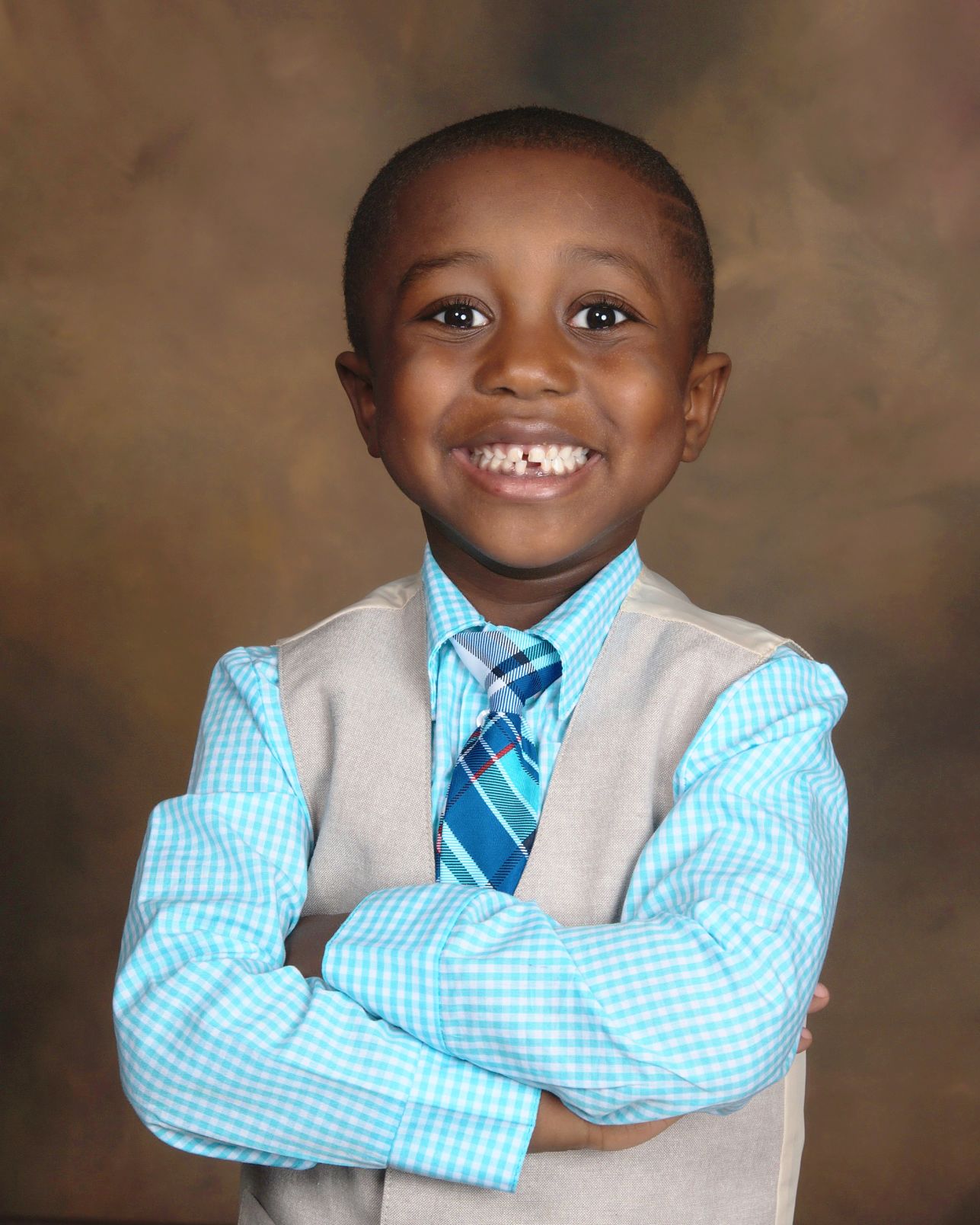 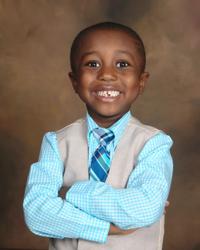 From left, Shana Thornton and her 5-year-old son Treandos bring donations to the food and toy drive bin at Minuteman Press. Treandos bought the canned goods with his allowance money.

As the Bible says, “A child will lead them,” and a McDonough youngster is doing just that.

Kindergartner Treandos Lisco Thornton, who turns 6 on Dec. 15, is heading up his second food drive to benefit needy children in Henry County.

“This year he has expanded to include toys as well,” said his mother, Shana Thornton of Let’s Talk America Radio.

The tot said he wants to help children even more than in 2016.

“I heard from other people that some kids don’t have toys to play with. I want kids to have both food and toys this year,” Treandos said. “Toys can make a kid happy.”

On his own Christmas wish list is a toy related to the Teen Titans animated show or Batman, the latter whom Treandos admires for helping others.

Perhaps the champion influence is rubbing off; earlier this year the Henry County Board of Commissioners recognized him with a certificate saying, “He is a superhero to those who were helped from his selfless and gracious act.”

During the 2016 drive inspired by a television ad about helping hungry children in Africa, Thornton said they collected more than 350 cans of nonperishable food.

“We hope to exceed that number this year. The community response has already been tremendous,” she said about the drive, which began Nov. 1. “Over 250 canned goods have been collected so far.”

Donors can bring food and toys through Dec. 31 to Speaking Pieces Boutique at 226 Jonesboro Road and Minuteman Press at 388 McDonough Pkwy., both in McDonough, and Dutchtown Elementary School at 159 Mitchell Road, Hampton, where Treandos attends for its Chinese language program.

The company and school are new to the drive this year.

An ongoing relationship is that of United Food Force, a McDonough food pantry Thornton met through her work.

“All donations will go directly to the nonprofit organization,” she said.

The nonprofit feeds families across Georgia and will distribute the collections.

Thornton said she is personally inspired by her son’s community spirit and leadership.

“I am grateful for his passion to assist others. We are proud of him,” she said of herself and her husband, Treandos Latrial Thornton.

The Henry County Board of Commissioners recognized a young man at their Jan. 17 meeting for his work in the community on behalf of a local foo…

A 4-year-old philanthropist who loves to play as a superhero has come to the rescue of hungry children.

The Mill on Etowah hosting first market of the year Tuesday

Report: Inmate conspired to get marijuana, tobacco to prison