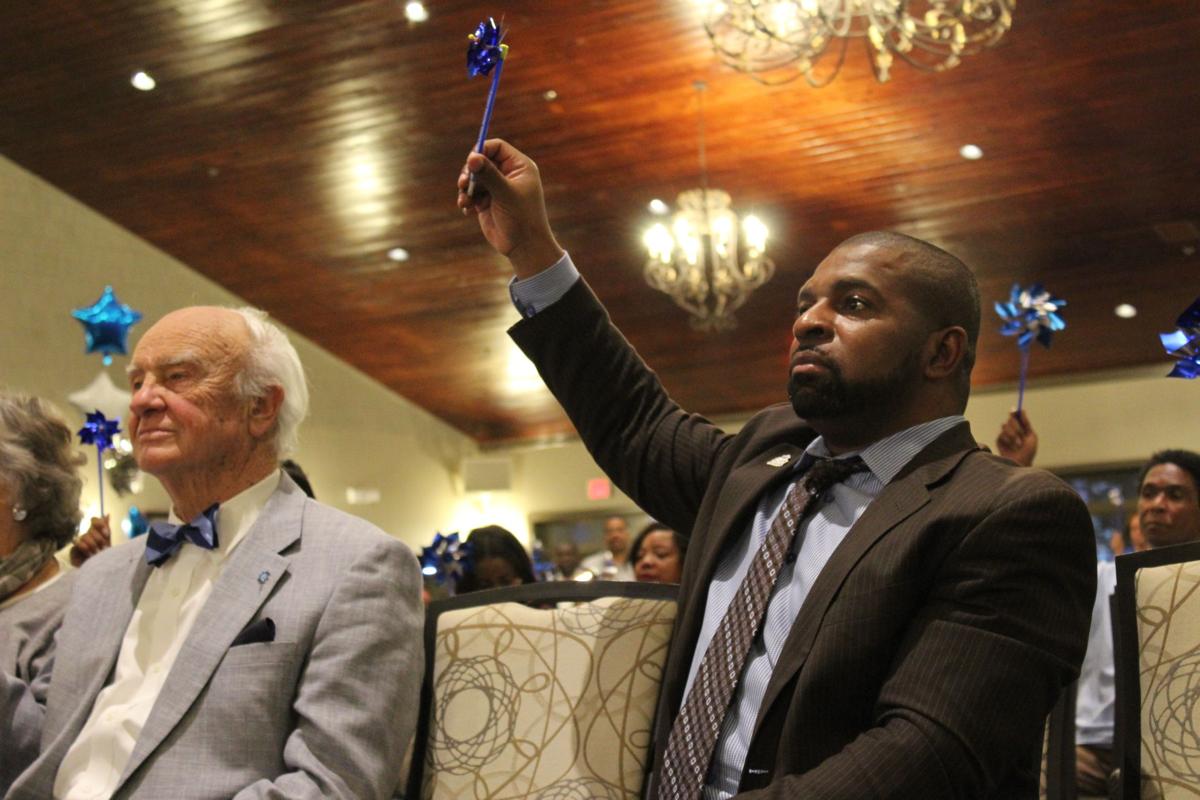 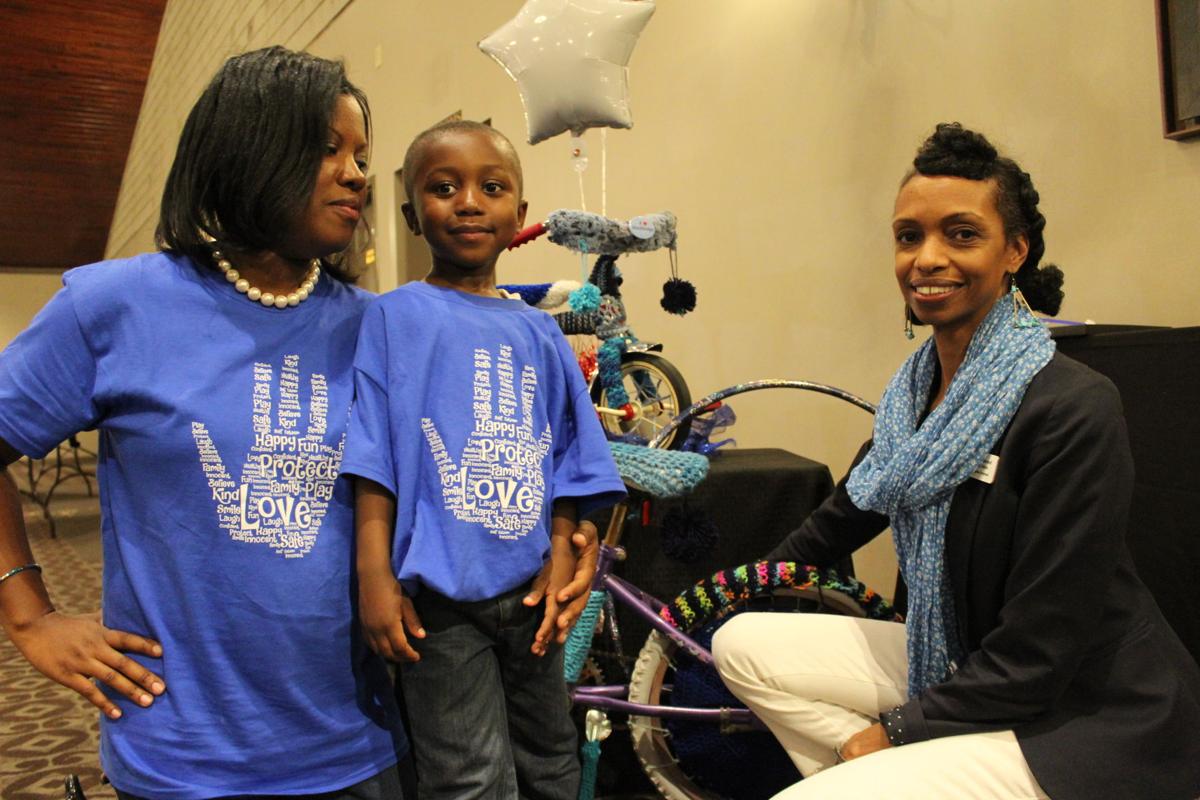 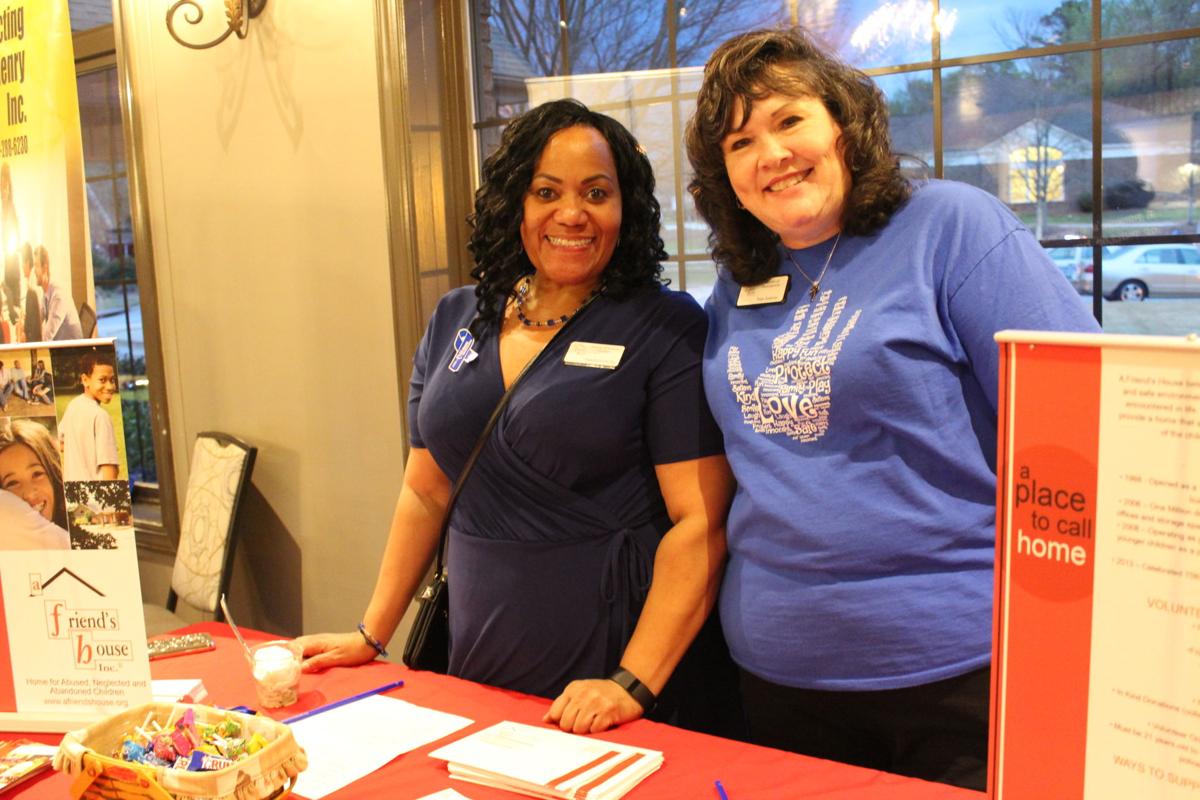 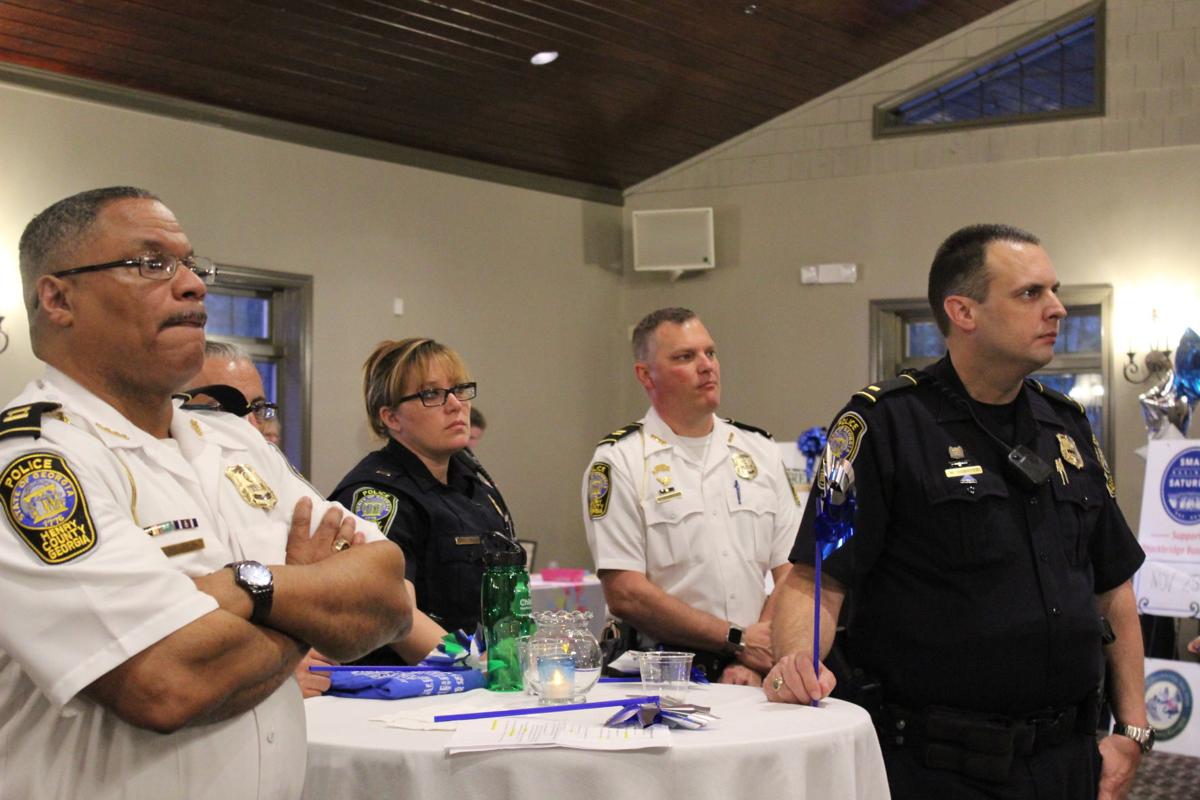 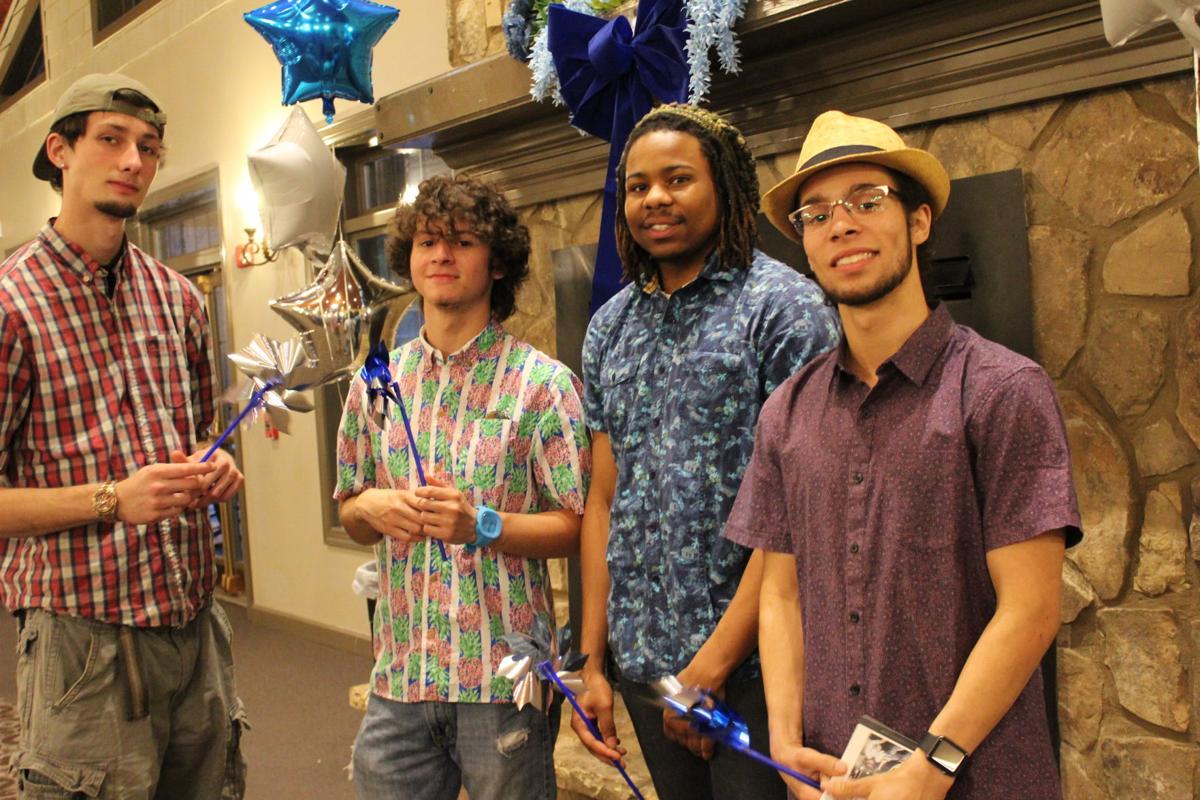 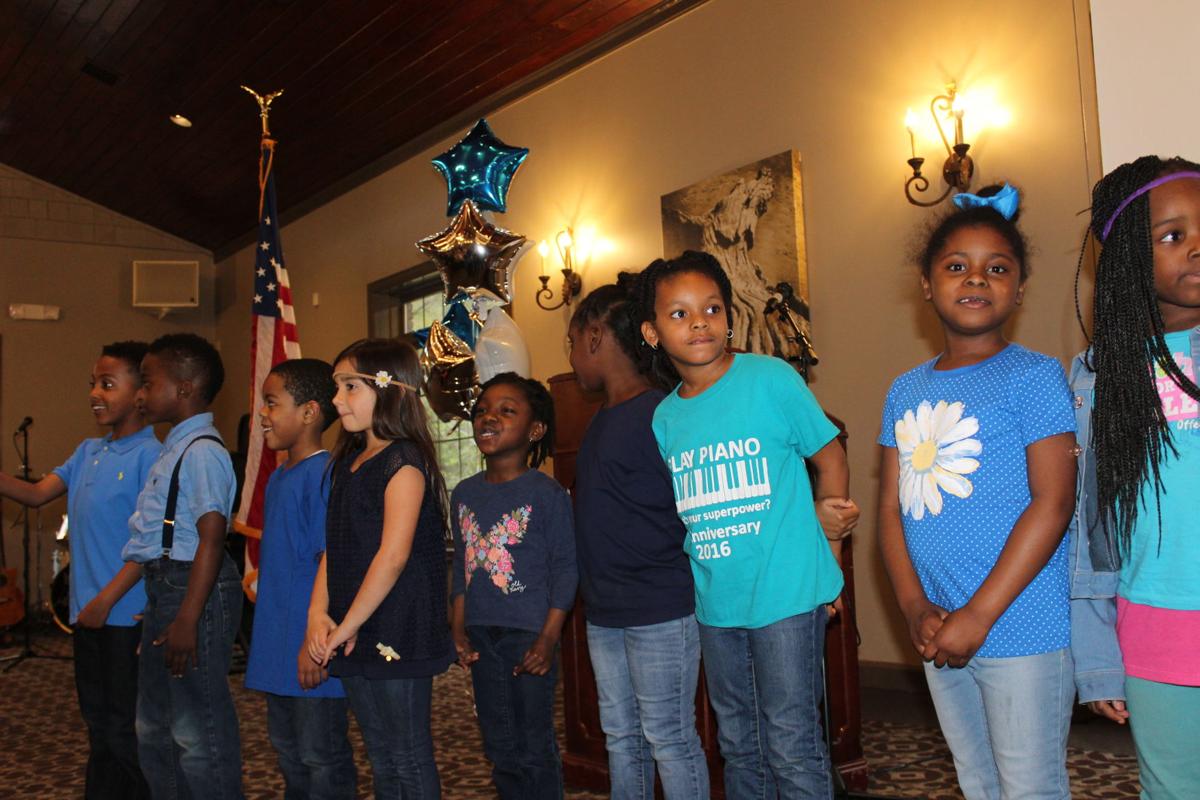 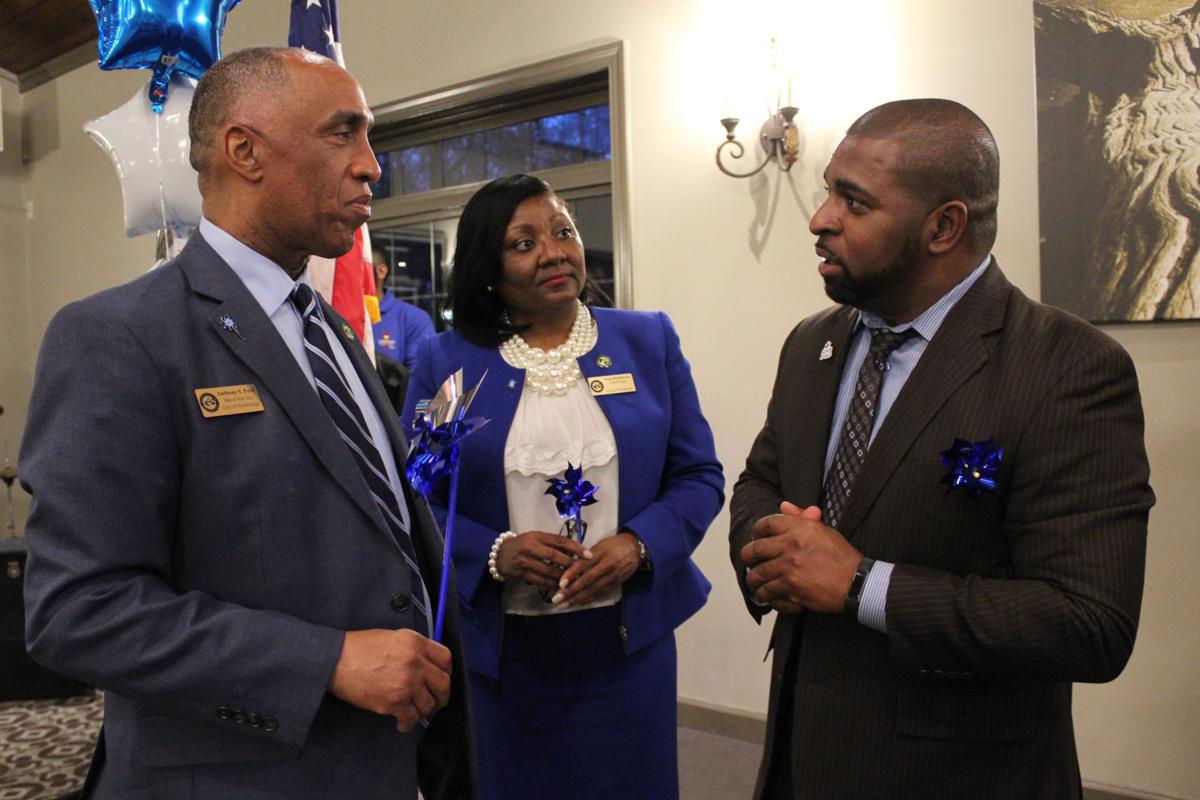 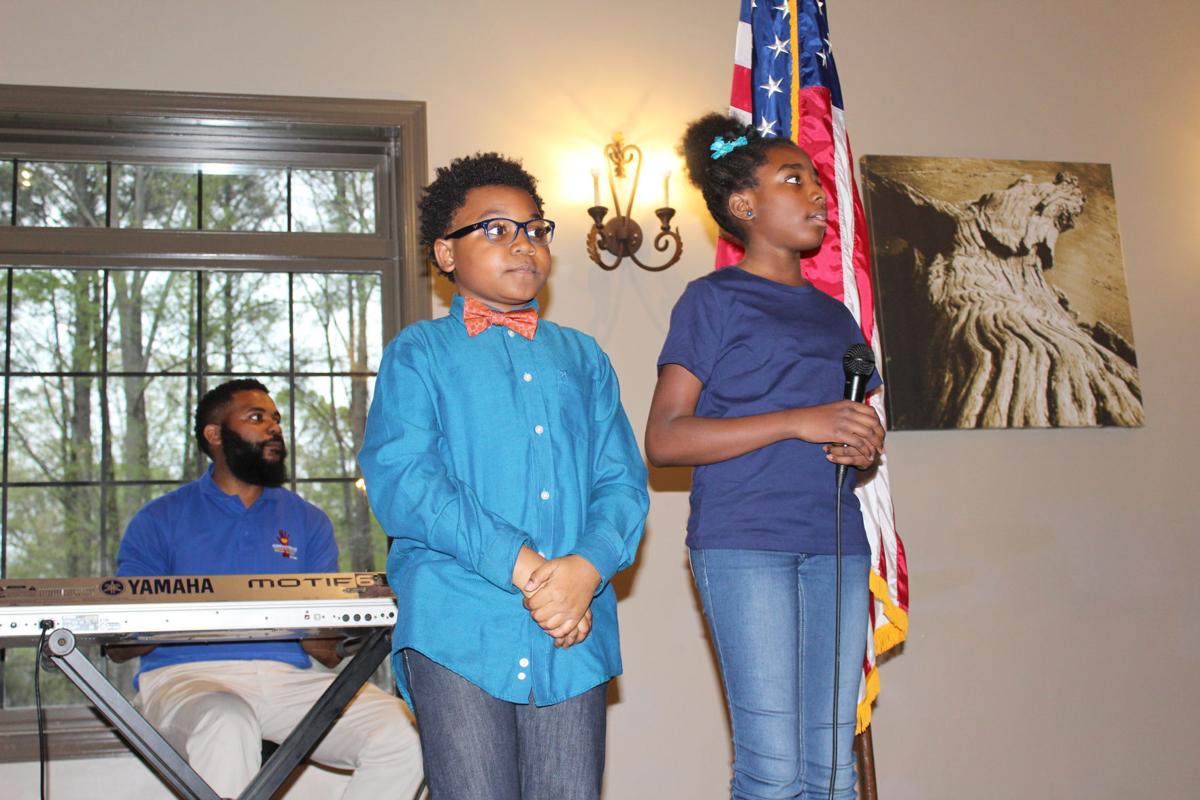 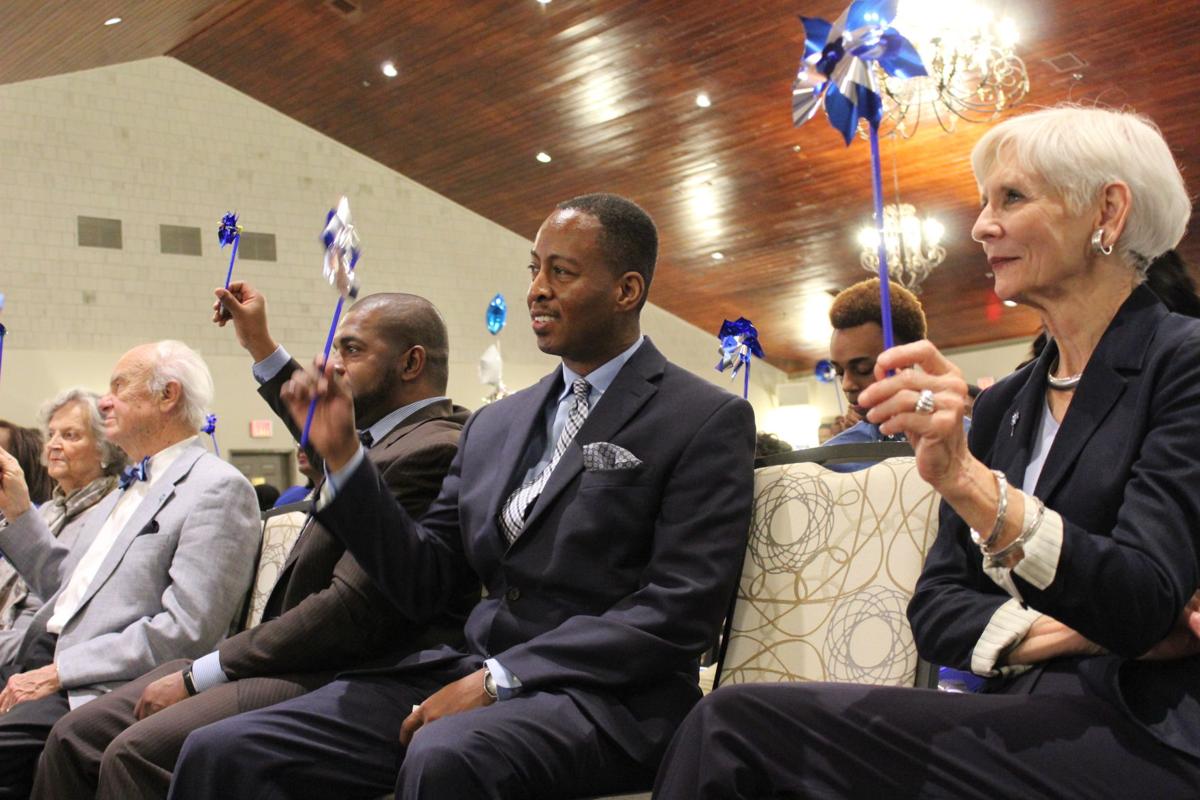 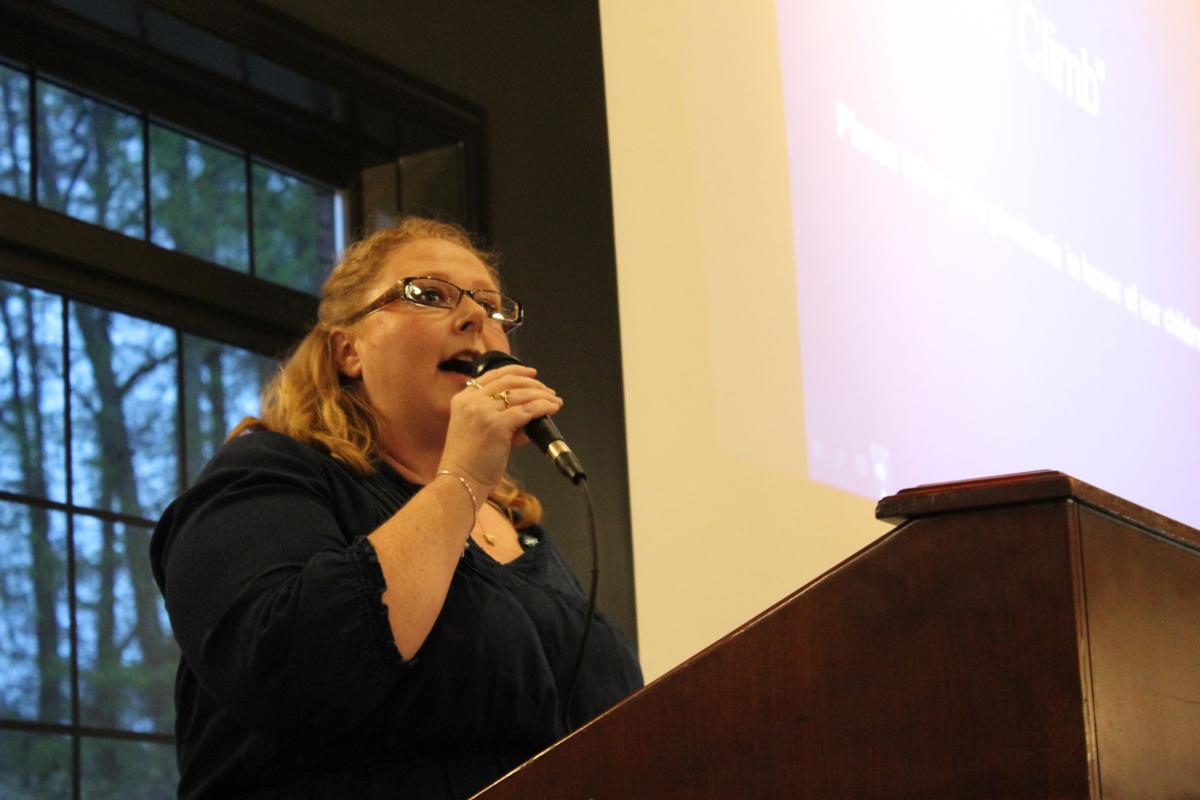 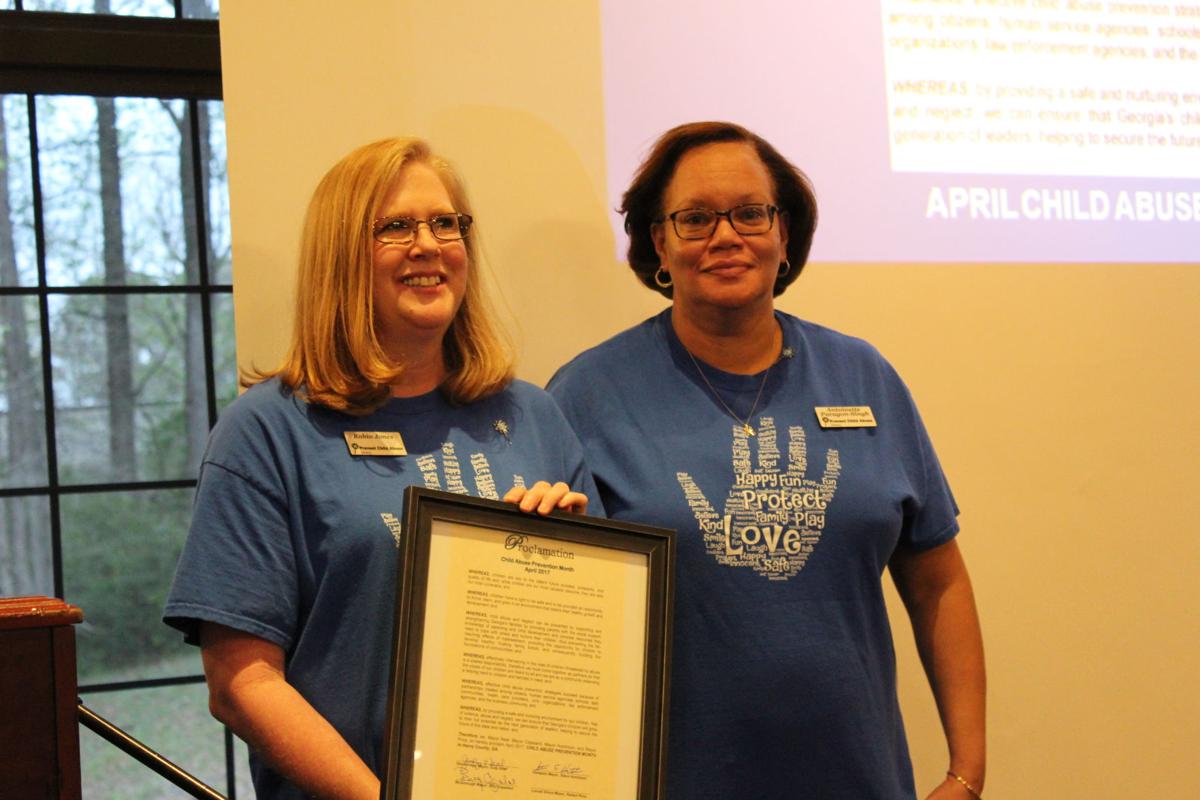 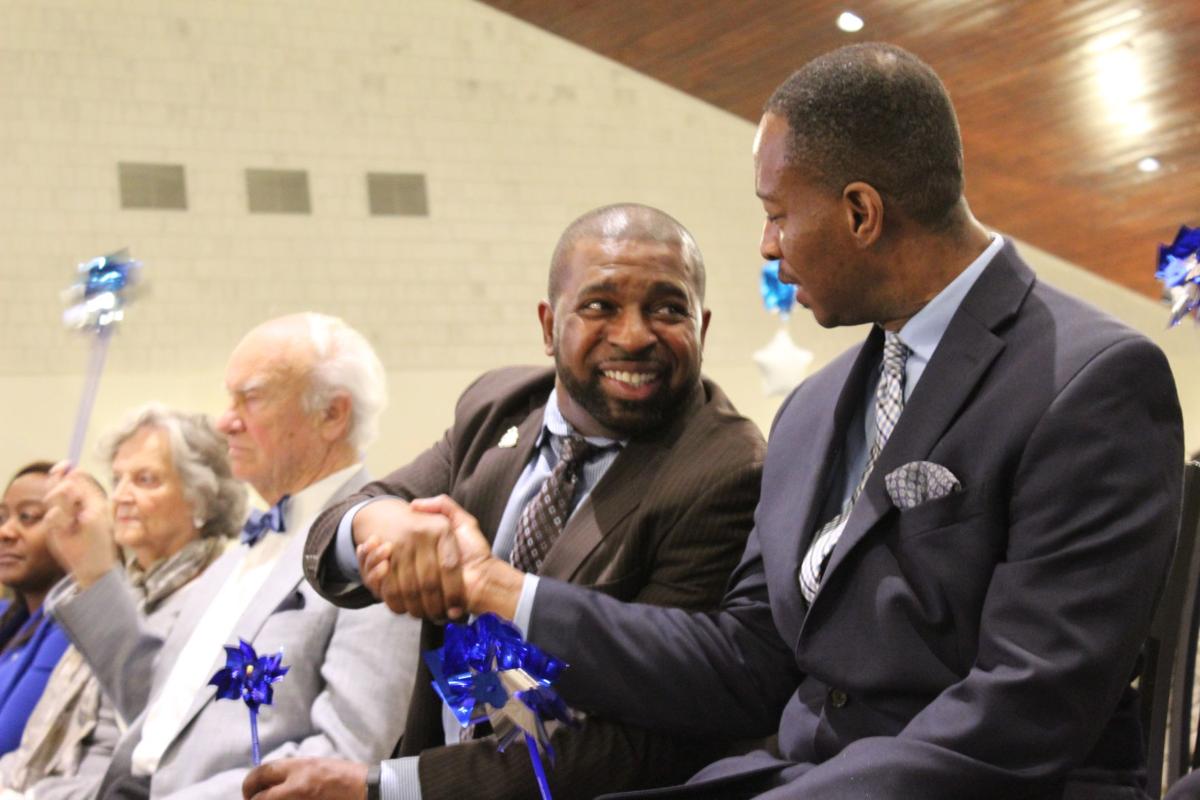 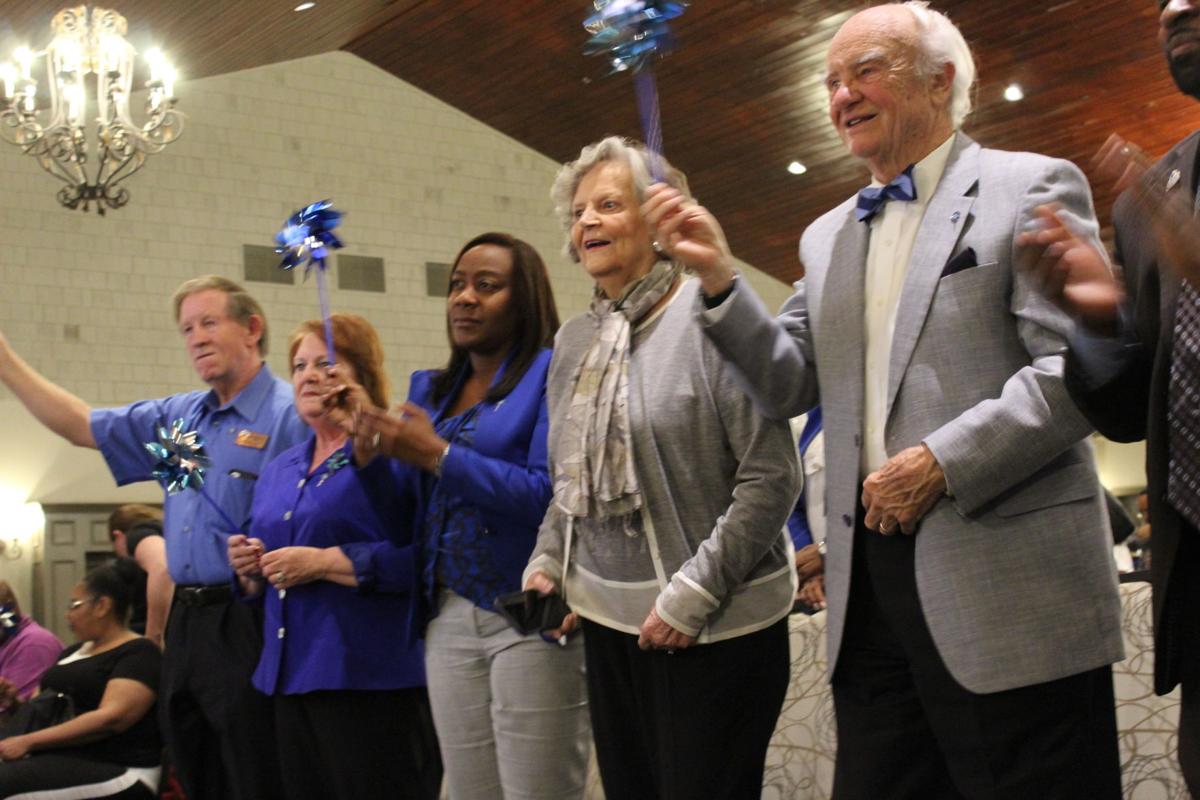 Like a spinning pinwheel, a child suffering abuse may be stuck in place, head awhirl, dependent on outside forces for action.

Intervention may be up to adults outside the child’s family, activist Shana Thornton said.

“We have to speak up. We have to give a voice to it, because our children are often voiceless,” she said about reporting abuse or suspected abuse. “They need someone to speak up for them and to take action.”

“You must understand first, what is child abuse?” Johnston said. “It comes in many forms that are not always typical. It can be emotional or verbal. It can make you feel neglected, unappreciated, unloved.

“But most of all, it can make you feel worthless.”

At 22, Johnston now interns at A Friend’s House in McDonough, a home for abused, neglected and abandoned children.

The home is the beneficiary of the April 21 Taste of Henry at Heritage Park in McDonough.

Susan Crutchfield, who serves with Schwadron on the nonprofit board, said attending the tasting event is an action step against child abuse.

Residents can also wear blue all month or post photos of blue ribbons and pinwheel gardens using the hashtag #painthenryblue.

“Keep the conversation going,” she said.

Another photo opportunity awaits at the Cochran Library in Stockbridge, where a bicycle and tricycle have been “yarn bombed” in blue.

“Yarn bombing is a form of guerilla art, like graffiti,” Lisa Fareed-Muhammad, Main Street Stockbridge program assistant, said about the display at the event. “It’ll be in front of the library for the entire month of April.”

Each read a proclamation encouraging residents to make a positive difference in the lives of children.

Children are key to the state’s future success, prosperity and quality of life and while children are our most valuable resource, they are also our most vulnerable. Children have a right to be safe and to be provided an opportunity to thrive, learn and grow in an environment that fosters their healthy growth and development. Child abuse and neglect can be prevented by supporting and strengthening Georgia’s families by providing parents with the social support, knowledge of parenting and child development and concentrate resources they need to cope with stress and nurture their children, thus preventing the far-reaching effects of maltreatment, providing the opportunity for children to develop healthy, trusting family bonds and consequently building the foundations of communities. Effectively intervening in the lives of children threatened by abuse and a shared responsibility, therefore, we must come together as partners so that the voices of our children are heard by all and we are, as a community, extending a helping hand to children and to families in need. Effective child abuse prevention strategies succeed because of partnerships created among citizens, human service agencies, schools, faith communities, health care providers, civic organizations, law enforcement agencies and the business community. By providing a safe and nurturing environment for our children, free of violence, abuse and neglect, we can ensure that Georgia’s children will grow to their full potential as the next generation of leaders, helping to secure the future of this state and nation. We – Mayor Neal, Mayor Copeland, Mayor Hutchinson and Mayor Price – do hereby proclaim April 2017 Child Abuse Prevention Month in Henry County.

All children deserve to have safe, stable, nurturing homes in communities they need to foster their healthy growth and development. Child abuse and neglect is a community responsibility affecting both the current and future quality of life of the community. Victims of child abuse and neglect experience psychological and behavioral consequences. Child abuse and neglect not only cause physical injuries, but mental injuries as well. Those consequences impact children, families, communities and societies. Communities that provide parents with the social support, knowledge of parenting and child development and concrete resources they need to cope with stress and nurture their children to ensure all children reach their full potential. In Henry County, more than 200 children are placed in foster care. Over 4,000 reports of child abuse were made in 2016 and Child Protection Services investigated more than 2,000 cases of child abuse. The Paint Henry Blue campaign is a noble, month-long initiative to bring awareness and prevention efforts of child abuse to the forefront. The month of April is designated as Child Abuse Prevention Month in Henry County. We encourage all citizens to support programs and initiatives that work in the best interests of our children in preventing child abuse and making a positive difference in the lives of our children.

Taste of Henry attracts foodies for good cause

Nov. 4 will mark a special day in the lives of two spiritual servants and two child abuse prevention advocates.

Douglas County foster children going through the court system because of adults’ abuse or neglect have some volunteers working to help them.

A nonprofit preferring to be out of business is asking community support for its annual Paint Henry Blue campaign in April.

The nearly 20-year-old McDonough nonprofit A Friend’s House, a home for children in crisis, recently selected Tara Hall as its new executive d…