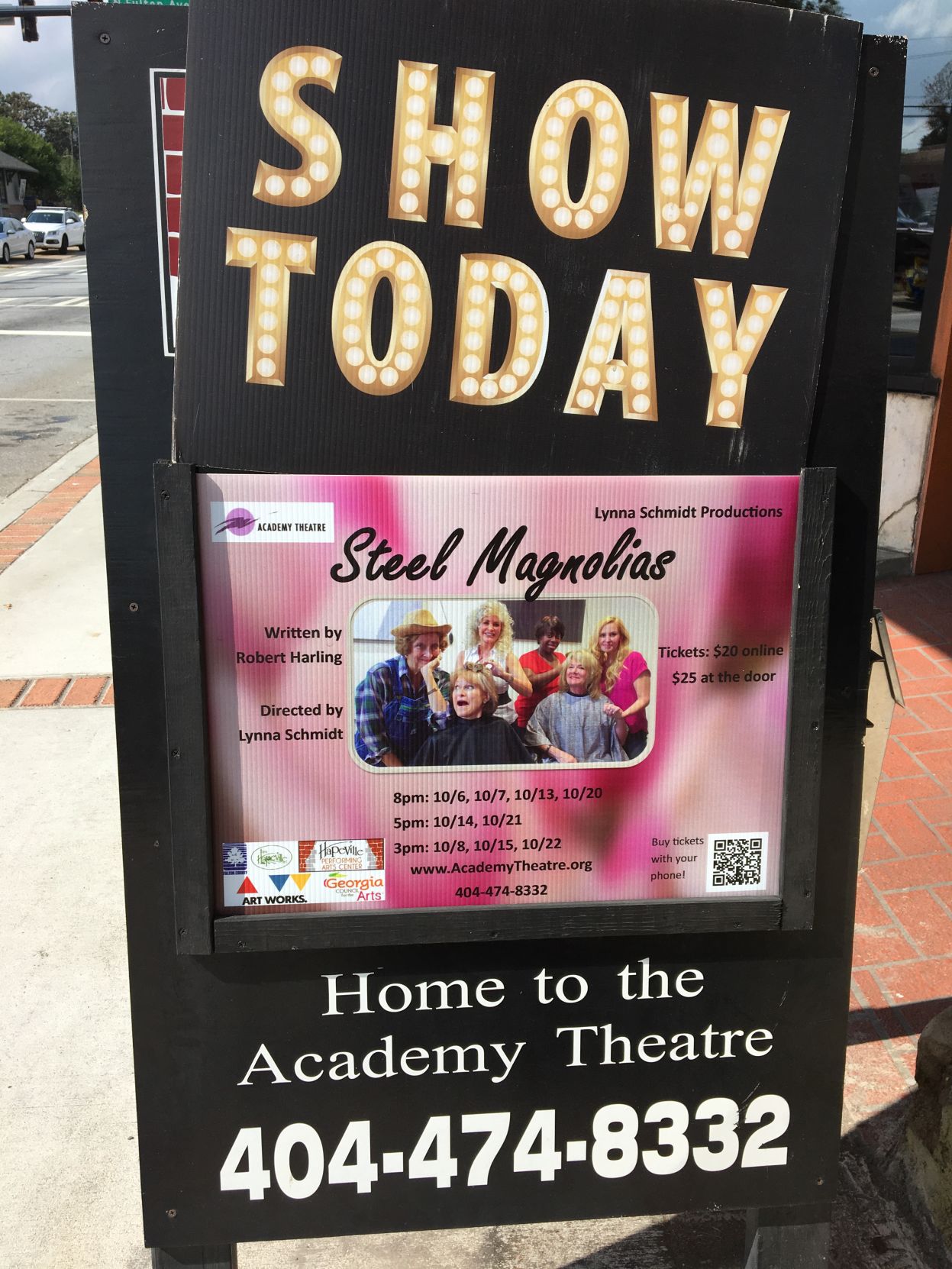 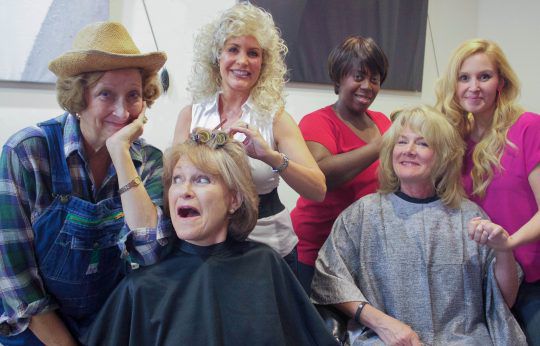 The cast of Academy Theatre’s production of 'Steel Magnolias' by Robert Harling, playing through Oct. 22 in Hapeville.

The cast of Academy Theatre’s production of 'Steel Magnolias' by Robert Harling, playing through Oct. 22 in Hapeville.

Six actresses from across the southern metro area are in the cast of Academy Theatre’s production of “Steel Magnolias” by Robert Harling.

“This year is the 30th anniversary of Steel Magnolias. Fans have been asking when we would bring this show to Hapeville and this seems to be the perfect time,” she said in a statement.

Schmidt’s national and regional credits include “Menopause the Musical,” which ran four years at the 14th Street Playhouse in Atlanta, the Alabama Shakespeare Festival and the Springer Opera House.

Set in 1980’s Louisiana in Truvy’s beauty shop, six Southern women gather to chat and support each other.

“This cast is phenomenal.” Fracena Byrd, who plays Annelle, said in a statement. “This show is definitely going to be the fan favorite of the season.”

Byrd has also starred in Academy productions of “Yellowman,” “Last of the Red Hot Lovers” and “Plaza Suite.”

Byrd has held major roles at Legacy Theatre in Tyrone, including Matron Mama Morton in ‘Chicago” and Sister Mary Hubert in “Nunsense.”

The cast includes Kay Bohan (“Last of the Red Hot Lovers” at Academy) as Truvy.

Bohan is a professional hair stylist and with her husband owns Damon’s Hair Salon in McDonough.

Bohan has been an audience favorite at the Henry Players for 20 years.

Her roles include Blanche in “Streetcar Named Desire” and Lina Lamont in “Singing in the Rain.”

“We’re having so much fun with Steel Magnolias.” Bohan said in a statement, “It includes my favorite things – funny women, gossip, laughter and hair-dos.”

Meggie Foster McCann is portraying Shelby and making her debut on the Academy stage.

Foster McCann is the drama teacher for Ola High School in Henry County and has performed locally with the Henry Players and Main Street Players.

She was recently seen in the Henry Players production of “Dearly Beloved,” in which she met and performed with Bohan.

“These women are some of the funniest, sweetest, strongest women on the planet.” Foster McCann said in a statement about the cast. “I’m so honored to share a stage with them. I’ve never laughed or cried more during a show.”

Rounding out the cast are Mary Anne Brannon as Ouiser and Kathryn Wood as Clairee.

“This show is so much fun,” Wood said in a statement.

Brannon is also a member of the Front Porch Players, where she performed in “Moonshine and Magnolias,” “The Best Christmas Pageant Ever” and “Dearly Departed,” just to name a few.

Most recently, Brannon starred in “Driving Miss Daisy.” She also co-starred with Schmidt in the Academy production of “Grace and Glorie.”

“Through laughter and tears, friendship grows. That’s what happens at Truvy’s. Each person is embraced for who she is,” Brannon said in a statement.

This show is rated PG-13 because of adult content. Audience discretion is advised.