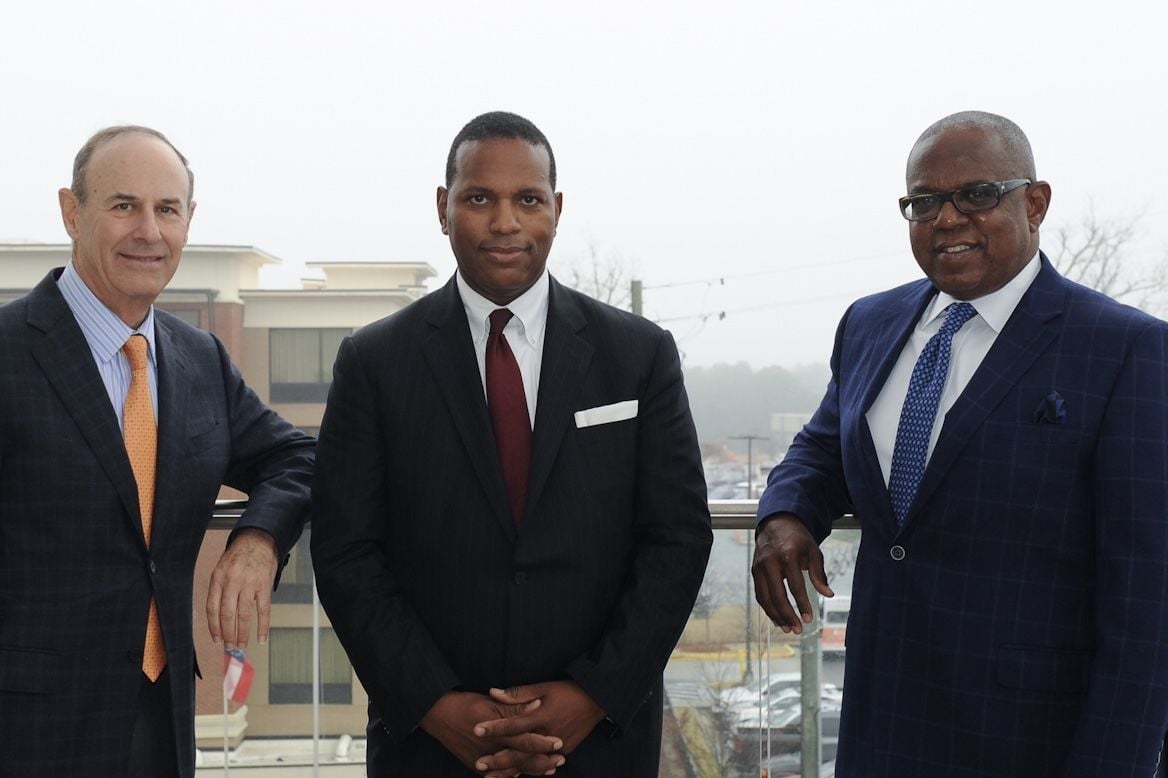 An image of what Temple Square in College Park will look like upon completion in 2019.

Townhome hunters looking to ditch their commutes and move close to jobs in south Fulton next year will have a new destination to consider.

Elected officials and other dignitaries are set to break ground Dec. 14 on residential community Temple Square in College Park, on Washington Street between Temple and Hawthorne avenues.

While 17 homes in sizes ranging from 1,850 to 2,500 square feet will be available, their impact extends beyond the households that will occupy them.

According to Mullice, it will be the first construction to break ground in the city’s Transit-Oriented Development district, officially approved Sept. 17.

The district established guidelines for mixed-use development near public transportation, a concept Mullice said in a statement is intended to “stimulate revitalization of historic downtown College Park.”

The project is from the same team that opened ThePad on Harvard in November 2016, which Mullice said was the first new multifamily community built in College Park in more than 40 years.

Also containing dining and retail tenants, the development 100 yards away from the upcoming Temple Square is at 96 percent occupancy, he said.

Mullice and Jerome Russell, president of H.J. Russell and Co., along with other limited partner investors, are reprising their teamwork in creating the new $4.8 million project, to which Atlantic Capital Bank recently loaned $3.1 million for construction.

“I am proud that such a strong development team chose to work on turning the vision of Temple Square into a connected lifestyle community,” he said.

Construction will be complete in the second half of 2019, Mullice said.

Mullice said the prices are comparable to others in the neighborhood of nearby private school Woodward Academy, according to a market study.

Sara Joseph and Pauline Miller from Buckhead real estate brokerage firm Brightstar at Compass will handle sales at 404-668-6621 or http://bit.ly/2KUTWpN.

Rowan Stewart with Buckhead-based Niles Bolton and Associates is the architect.

Ymani Tannis with WB Interiors in Alpharetta will create the indoor environments.

Novin Construction of Sandy Springs is the building contractor.

Eberly and Associates of DeKalb County will provide civil engineering.

College Park’s Federal Aviation Administration office, the largest outside of Washington, D.C., now accommodates 1,100 employees as of May 16.

Metro Atlanta basketball fans will be cheering for a new local team in a custom-built arena in the 2019-20 season.

Young scholars in five grades recently earned $500 in awards from a local business for being first in class.

College Park, a city of 10 square miles, will have twice as many police stations by fall 2019, when a new precinct will open five miles south …

Apparently, a new fire station is more than a building.

Commuters may not have Agent 007’s personal jetpack at their disposal, but personal rapid transit around Hartsfield-Jackson Atlanta Internatio…

An aerotropolis – a business district encircling an airport – is an international concept taking flight in south Fulton.

An established enterprise is the new winner in an airport-area recognition program launched in March.