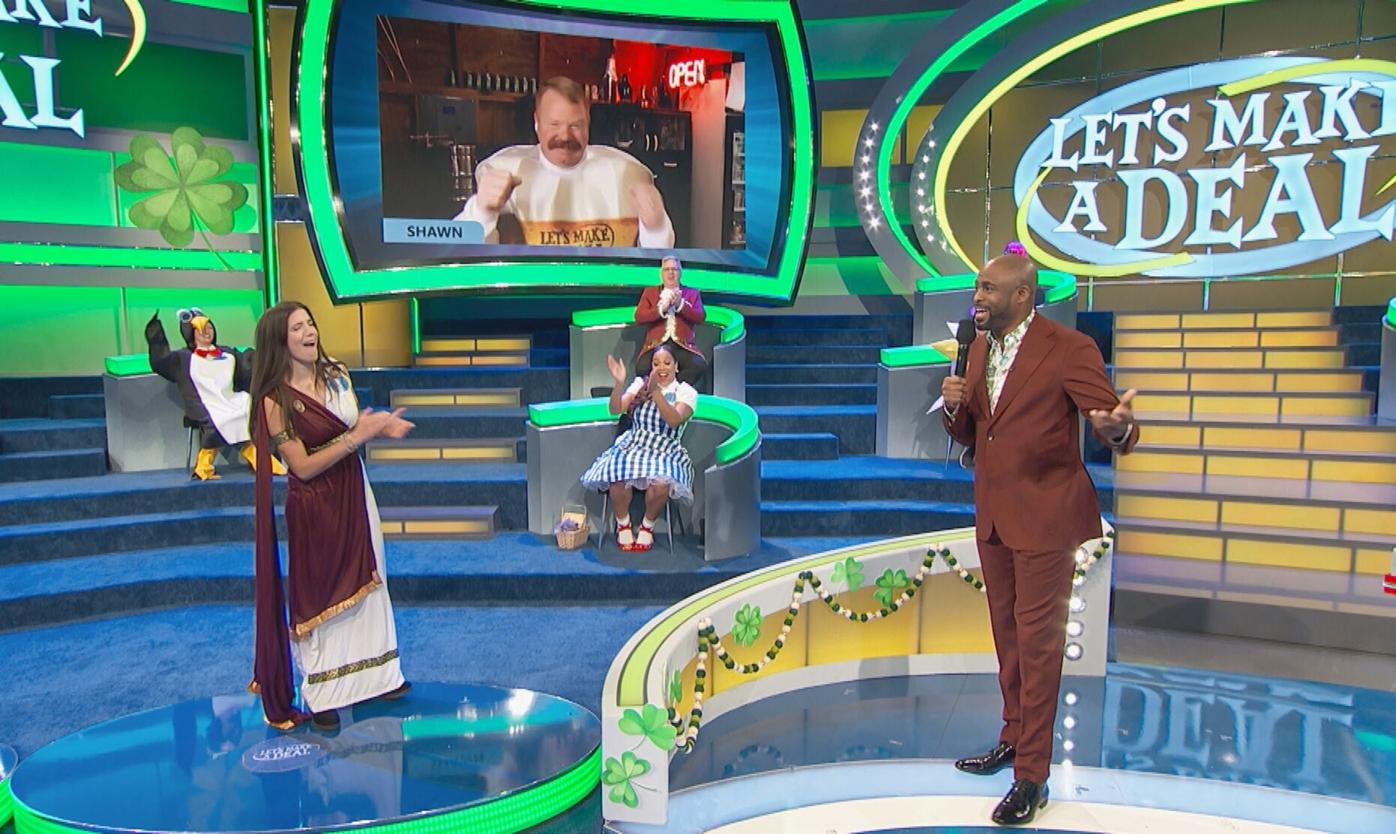 On the St. Patrick's Day episode of "Let's Make a Deal," host Wayne Brady, right, talks to traders in person and online about making deals. 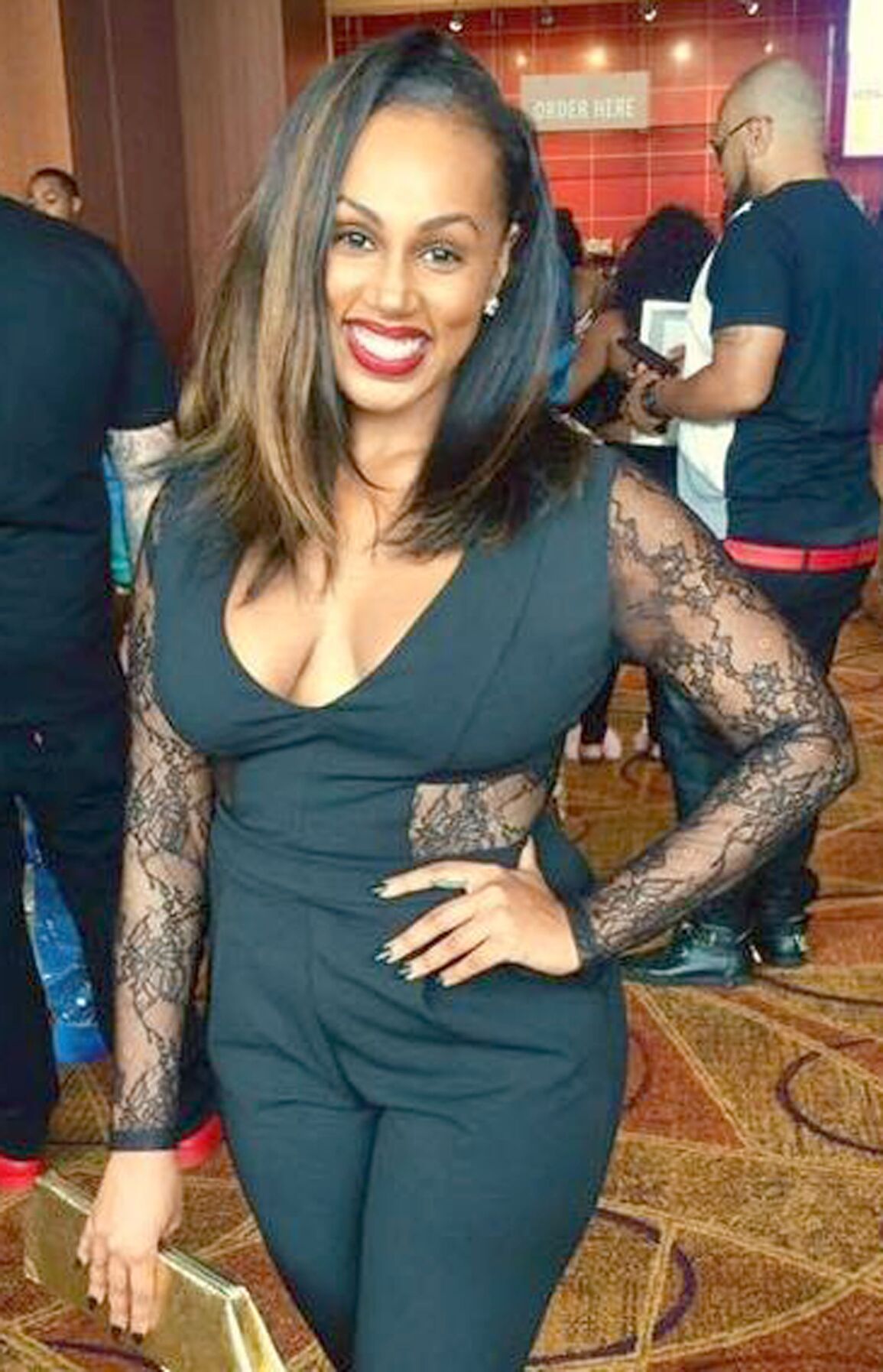 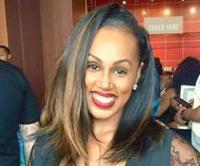 “My dad watched the show, and my grandmother watched the show,” said the College Park resident, who has been watching it for about 20 years. “They would always sit us down and watch it (together). It’s something ingrained in our family’s history as something we would watch religiously.”

So after her father auditioned to appear on the show but wasn’t selected, he recommend Hooker-Lemon try out, too.

“He said, ‘You would do well because you have all this energy,’” she said. “I applied and got selected. I wanted to win, so I thought it was great.”

Hooker-Lemon, who works as an IT recruiter, will appear on an episode of the show May 28 at 10 a.m.

“Let’s Make a Deal” debuted in 1963 and aired until 1977 before being cancelled. It was revived four times between then and 2003 but cancelled each time after one or more seasons. The show was co-created by Monty Hall and Stefan Hatos, and Hall served as its host for nearly 30 years.

It was revived again in 2009, with Wayne Brady serving as the host, and has remained on the air since then.

On the show contestants make deals with the host for prizes, some of which are hidden behind three doors/curtains or in boxes, envelopes and gift bags. While some prizes are regular ones such as a washer and dryer or a new car, others are Zonks, worthless prizes such as a vehicle that’s been smashed in a car crusher or a swamp trip.

Hooker-Lemon said one of the reasons the show stands out is the fact that all the contestants dress up in costumes. Though she appeared on the show virtually from her home due to COVID-19 pandemic restrictions when it was filmed in March, she still donned an outfit, as an old-school rapper.

“I would say the contestants for sure because everyone is so creative with their costumes and put a lot of effort into it,” she said. In videos of past episodes, contestants have dressed up in outfits ranging from a bag of tortilla chips to Wonder Woman to a football player.

Though she couldn’t divulge how she did on the show until after it airs, Hooker-Lemon said the experience was “super exciting.”

“I would say the crew … kept you engaged,” she said. “It was almost like a party. You got to meet people from all different parts of the United States. It was high energy all the time. What you’ll see is people are having a lot of fun. I recommend everyone to try to get on the show because it’s a good experience all around.”

“Just to see him and feel his energy through the computer, it was just great,” she said. “I didn’t necessarily have to talk to him to make anything happen. He engaged with everyone. It’s almost like you’re there with him anyway. He is super outstanding.”

When asked what she’ll remember most about the experience, Hooker-Lemon said, “I definitely have to say it brought back a nostalgia feeling of me as a young girl because it’s something I’ve been watching since I was super young. It’s so refreshing to just watch, not matter whether Wayne Brady is the host or someone else is. I’s not boring, they made it fun.

“I recommend everyone watch the show. It’s going to be exciting and fun. If you have the chance to audition, do it. Why not?”

For more information on “Let’s Make a Deal,” visit www.cbs.com/shows/lets_make_a_deal.

MARTA's $1.3B budget to include improvement projects and 'return to normal'

As MARTA prepares to approve its $1.3 billion fiscal 2022 budget, its leader said the transit organization is doing its best to return to norm…

Africa’s most exotic animals are coming to the Atlanta BeltLine.