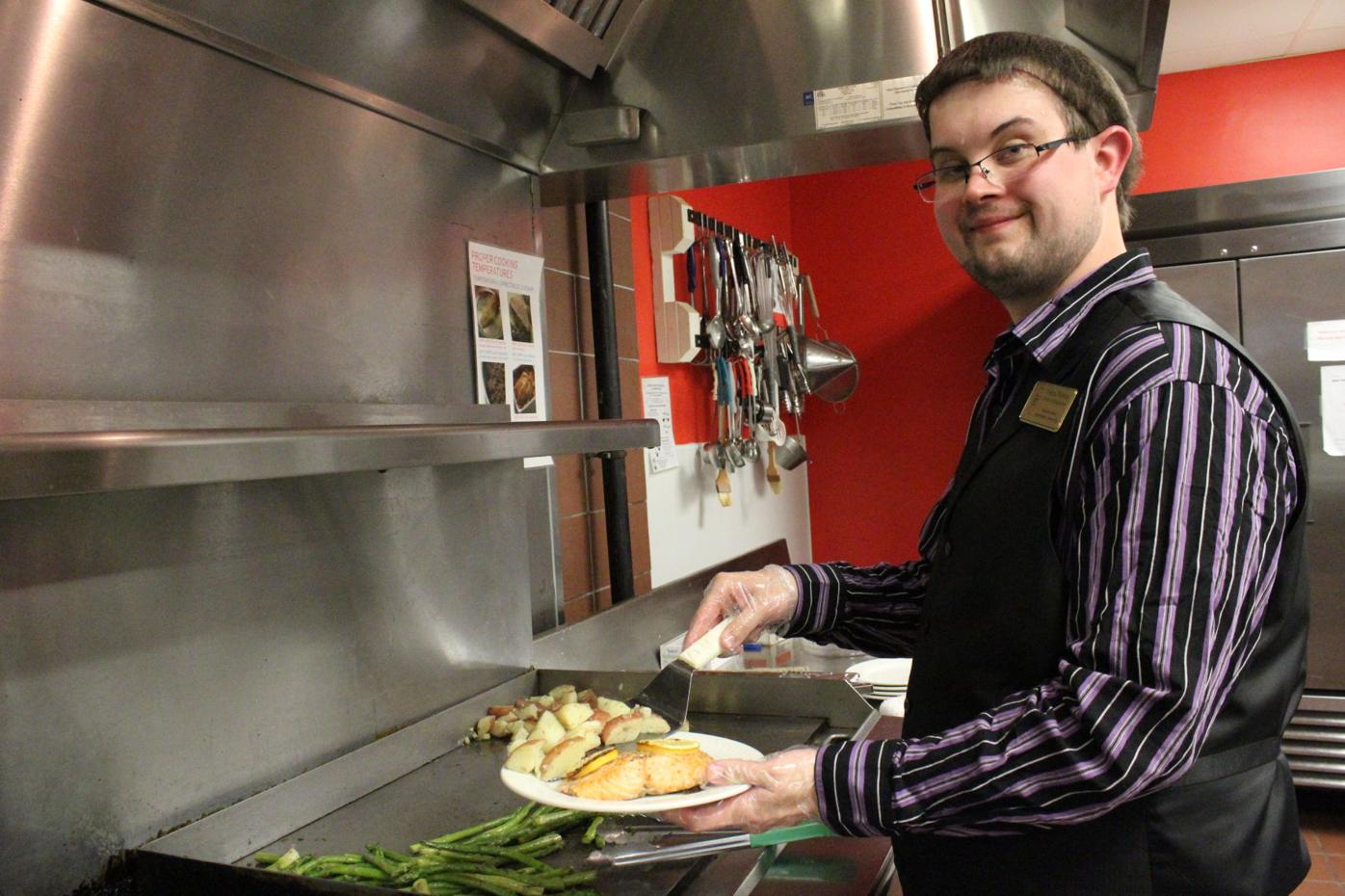 Joshua Watkins, an award-winning director of dining services at Palmetto Park Senior Living Community, dishes up a serving of salmon in the facility's kitchen recently. 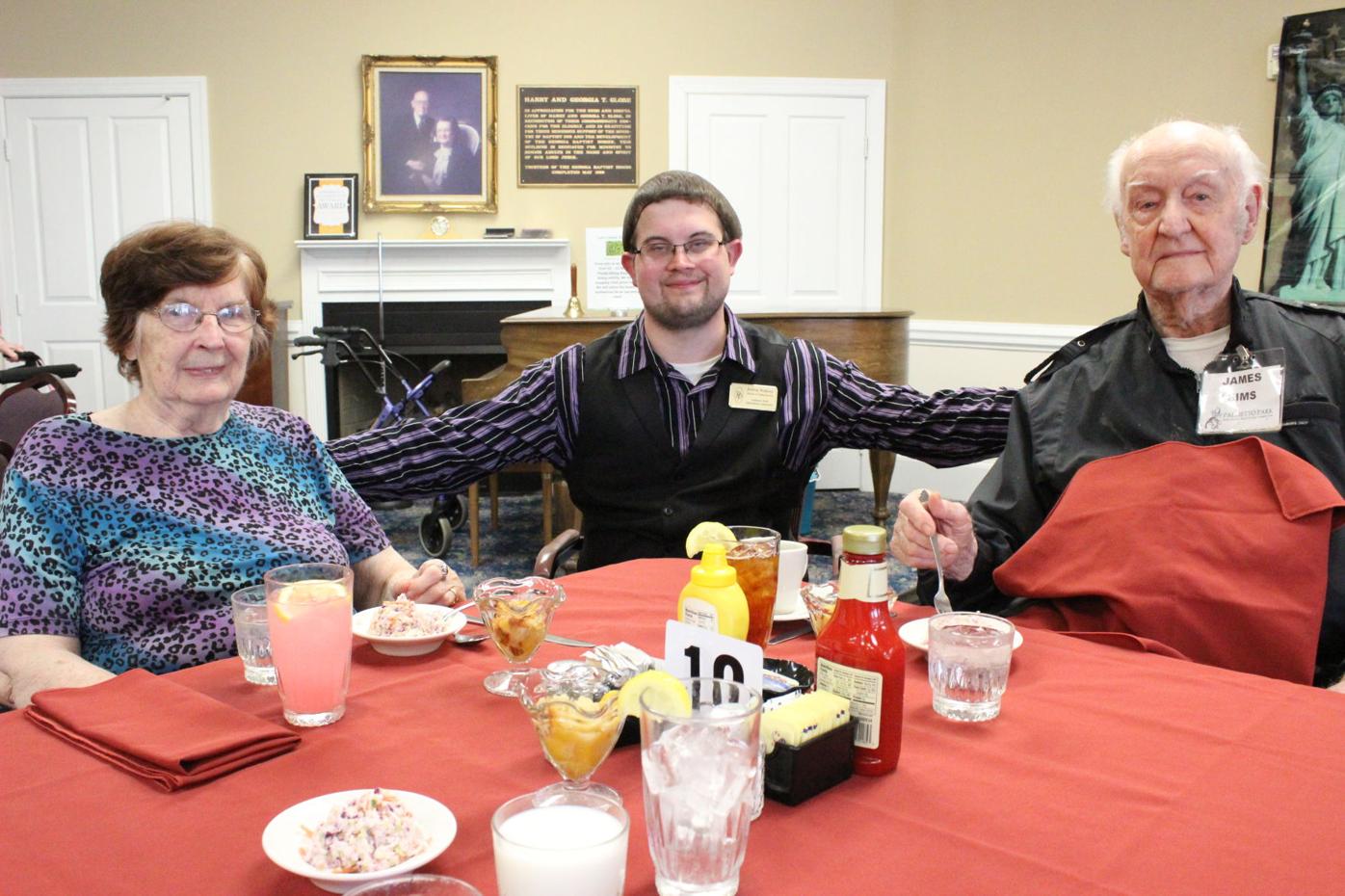 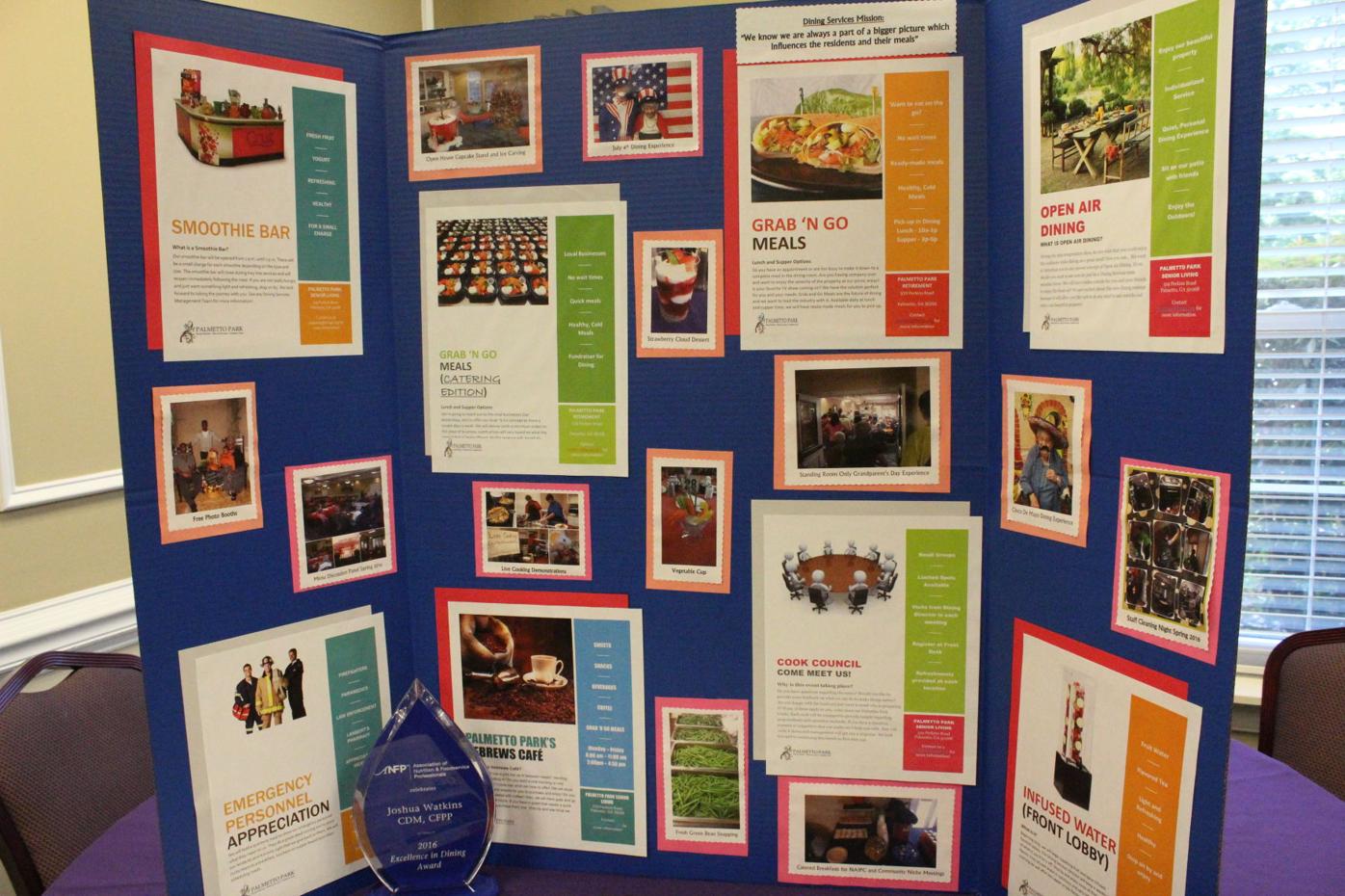 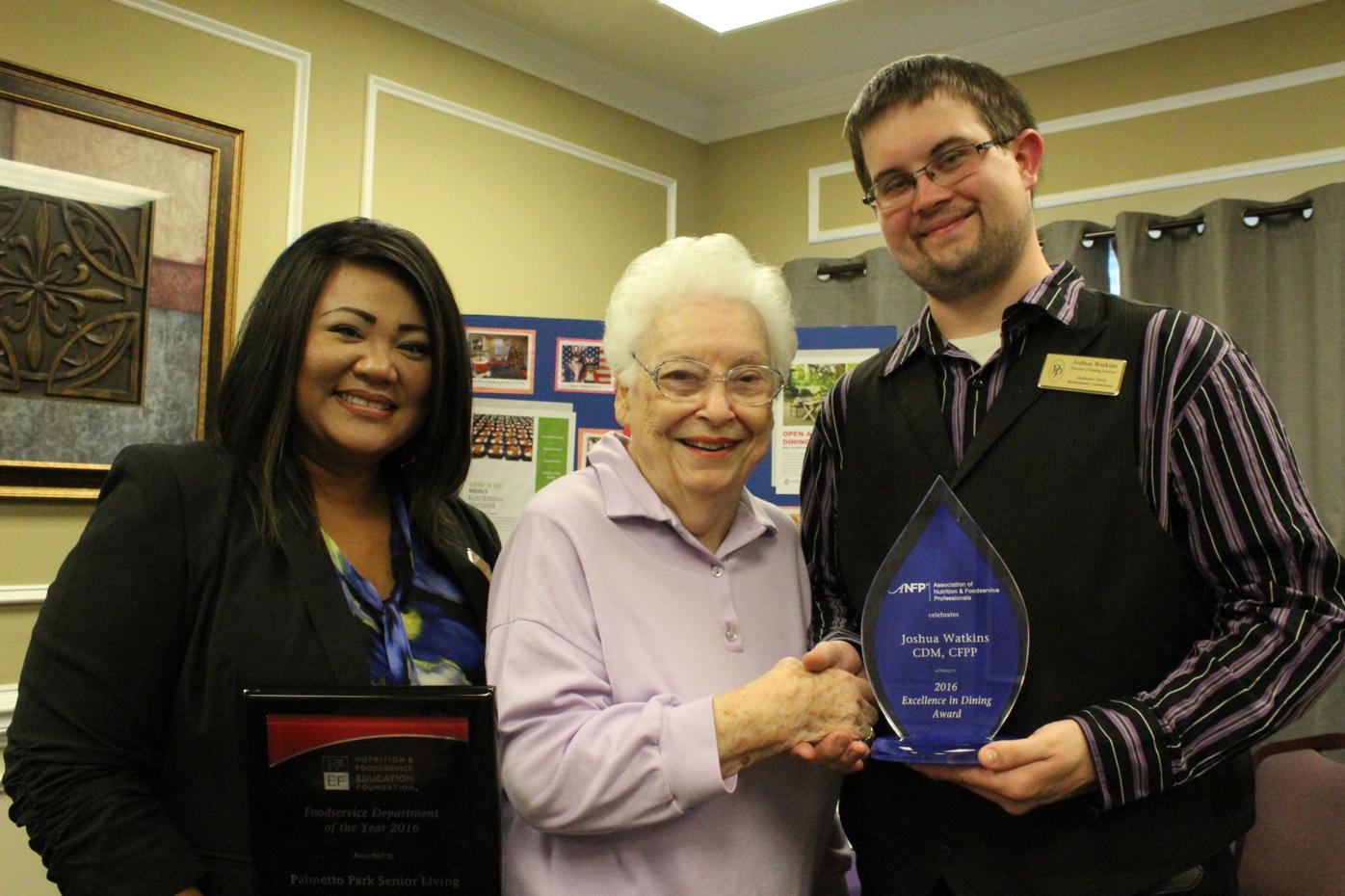 Joshua Watkins, an award-winning director of dining services at Palmetto Park Senior Living Community, dishes up a serving of salmon in the facility's kitchen recently.

Creekside High School junior and Fairburn resident Joshua Watkins was headed for a career in journalism when he took a part-time job at the nonprofit Baptist Retirement Communities of Georgia’s new Palmetto Park Senior Living Community in 2005.

As Watkins tells it, the one-two combination of the food industry itself and the customers he was serving derailed one career and created another.

“It transformed me,” he said.

Progressing from part-time dishwasher, Watkins became a dining room server, a cook, the assistant dining director and finally director of dining services, swapping places with his former mentor Ruby Jenkins, who was retiring.

“We have a phrase in the kitchen, ‘Once you’ve worked here for five years, you’re hooked,’” said Watkins, now 28.

He may be hooked, but he also snared this year’s Excellence in Dining Award from the Association of Nutrition and Foodservice Professionals, receiving a blue teardrop-shaped keepsake at the organization’s convention in Indianapolis last month.

Watkins attributes the win to his actions upon assuming the directorship in 2015, after graduating in 2012 from the University of Florida’s certified dietary manager and certified food protection professional correspondence course and advancing to a co-director post.

“One of the things I started was monthly leadership training for both my production team as well as the service team,” the Florida Gator said about kitchen staff and servers. “We spend about three hours a month and teach them ways to have great customer service with our residents.”

In what Watkins called “a hands-down victory” over 25 competitors, the team went on to win the association’s education foundation’s inaugural foodservice department of the year award.

“They were able to catch the vision I brought to the table,” he said of his 18 employees.

They use a vision board – a collage representing short- and long-term goals – to plan not just meals, Watkins said, but “dining experiences” for the community’s roughly 90 residents.

“Food becomes not just an item on a menu, but a culinary experience that is infused with creativity, fun and passion,” she said. “Through simple events such as resident recipe exchanges, snapping beans or tableside cooking demonstrations the staff invites the resident to not just be a participant in meals, but to be a contributor.”

“When residents have a voice in food services and other activities throughout Palmetto Park, each individual resident gains a renewed sense of worth and purpose, which increases the quality of living tenfold,” she said.

“His staff are all just as kind and gracious as they can be and very, very helpful. In fact, one of the great joys I have here is the meal time,” she said.

“I’ve seen him grow. I’ve seen his ambition. With his vision, I’ve seen this facility become a great place to be,” she said. “I’m blessed to have Mr. Watkins to actually show me the ropes.”

Vision board plans include open-air dining, garden beds, a hothouse, a café and a smoothie bar.

Upcoming events include a Hawaiian luau theme event Aug. 11 at noon, the third annual Grandparents Day on Sept. 10 from 5 to 7 p.m. and an annual open house with refreshments, shopping and entertainment Dec. 9 from 5 to 7 p.m.

Vegetables could need a little more than just fertilizer