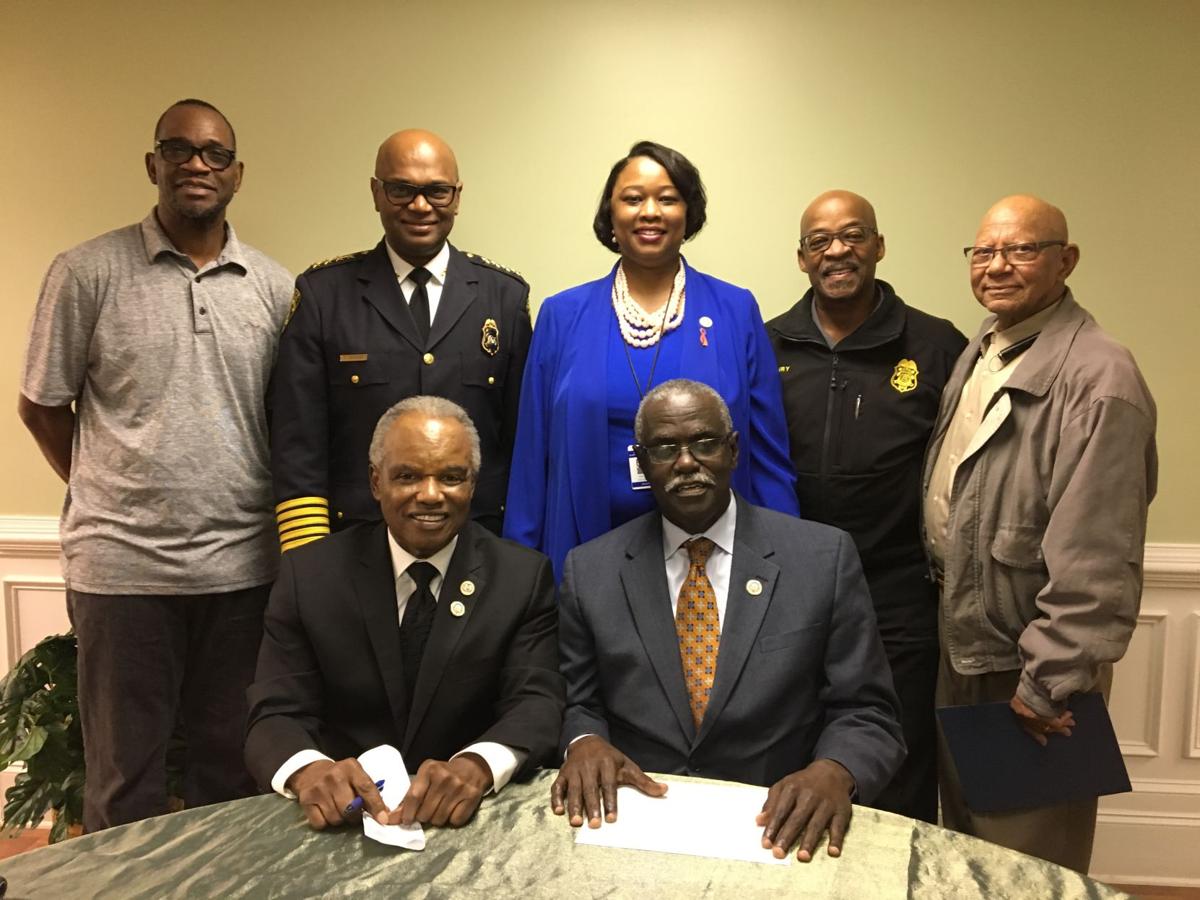 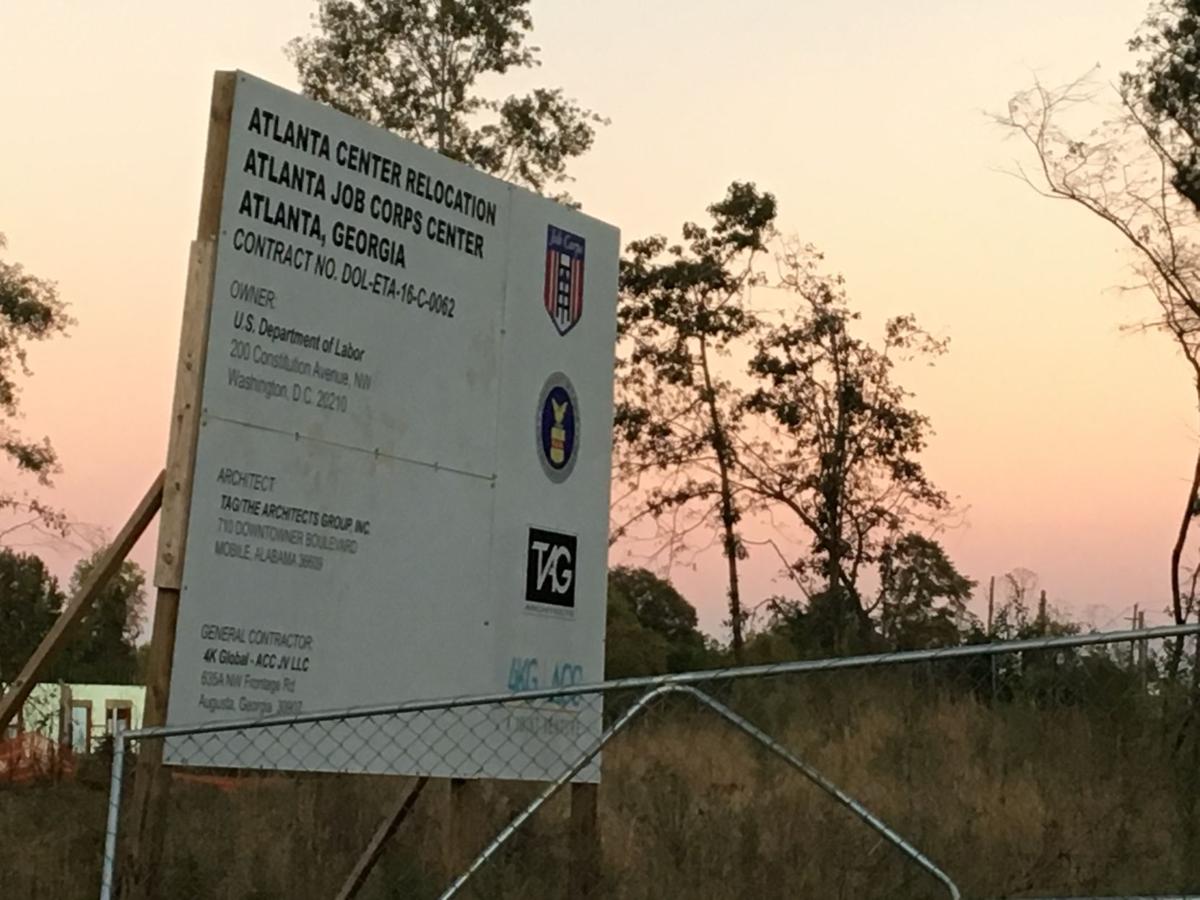 A sign marks the corner of the Atlanta Job Corps center construction site at Washington Road and Roosevelt Highway in the city of South Fulton. 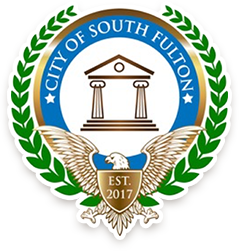 A sign marks the corner of the Atlanta Job Corps center construction site at Washington Road and Roosevelt Highway in the city of South Fulton.

A construction site now sprawling across 25 acres will help energize employment when it succeeds a former location as the Atlanta Job Corps center, according to a South Fulton official.

“The new job corps center will serve as an economic development engine for the city of South Fulton,” City Councilwoman Helen Z. Willis said. “By providing job training, the young adults who choose not to take the traditional educational route have an opportunity to obtain a professional trade that will financially help them have a better quality of life.”

The nearly $60 million campus on Washington Road at Roosevelt Highway will be in Willis’ District 3, but its benefits will radiate outward, she said.

It will draw attendees from surrounding areas upon completion in late 2019 or early 2020, joining the other Georgia Job Corps centers in Albany and Brunswick.

According to the U.S. Department of Labor’s Job Corps website, the program is the largest free residential education and job training program for young adults age 16 to 24.

But she has been a fan of the program since at least 2014, when she became its leader.

“If I can tell you one thing about Job Corps, it's this—the program gives you options,” Jacobs-Simmons posted on her Facebook page. “If you can bring the work ethic, desire and commitment, we will show you a path forward. Our logo has a ladder for a reason. This is the way up.”

They must meet income eligibility requirements, such as receiving public assistance, incomes below poverty level or homelessness.

Most students at the 120 Job Corps centers nationwide stay at least 18 months, but range between eight months to two years to complete training in more than 80 career paths.

After graduation, students can begin careers, continue their education at a higher level or join the military, the website stated.

Earning potential can be three times the minimum wage, or more.

Alumni support can include transportation and child care.

The federally funded program started in 1964 as part of the Economic Opportunity Act, the website stated, to help young adults from disadvantaged backgrounds.

“Having skilled, trained workers will be an asset to businesses because you will have better-trained employees, which save money and time for new businesses,” Willis said. “On-the-job training can be very expensive and this center will help decrease the cost business owners have to spend.”

The program has an 82 percent success rate, the website stated.

As outlined in the 2014 Workforce Innovation and Opportunity Act, the Job Corps program is designed to “match employers with the skilled workers they need to compete in the global economy.”

Even before graduates matriculate, small businesses can benefit through providing services to the center.

“Based on recent information, this center will be one of the top employment centers in the municipality,” the handout stated.

The previous Atlanta center on West Lake Avenue had about 475 students and 140 staff members until its 2017 closure; the replacement center will have a similar capacity.

The handout also stated the construction plan is for 11 buildings, including two dormitories, a cafeteria, a gym, a child care center, welcome center and administration building.

Construction is about 20 percent complete, it stated.

The contractor is a joint venture between 4K Global and ACC JV LLC of Augusta.

The design is by The Architects Group of Mobile, Alabama.

After facing no Republican opposition in 2014 or 2016, U.S. Rep. David Scott, D-Atlanta, has an Election Day contest next week against challen…

As part of its cityhood process, the city of South Fulton will have until Nov. 18 to take on transportation services from Fulton County.

City of South Fulton to take off Election Day

A South Fulton school may be sending a science teacher on a field trip to Washington.

Residents and schoolchildren can breathe easier now that city of South Fulton police can write tickets again for violators of “No Trucks” signs.

South Fulton is the first of 15 cities in Fulton County to make the human trafficking notice a municipal requirement for certain businesses, C…

City of South Fulton in line for new, safer bridges

It may take a few years, but drivers in South Fulton will feel more secure about taking the bridges spanning two of the city’s creeks.