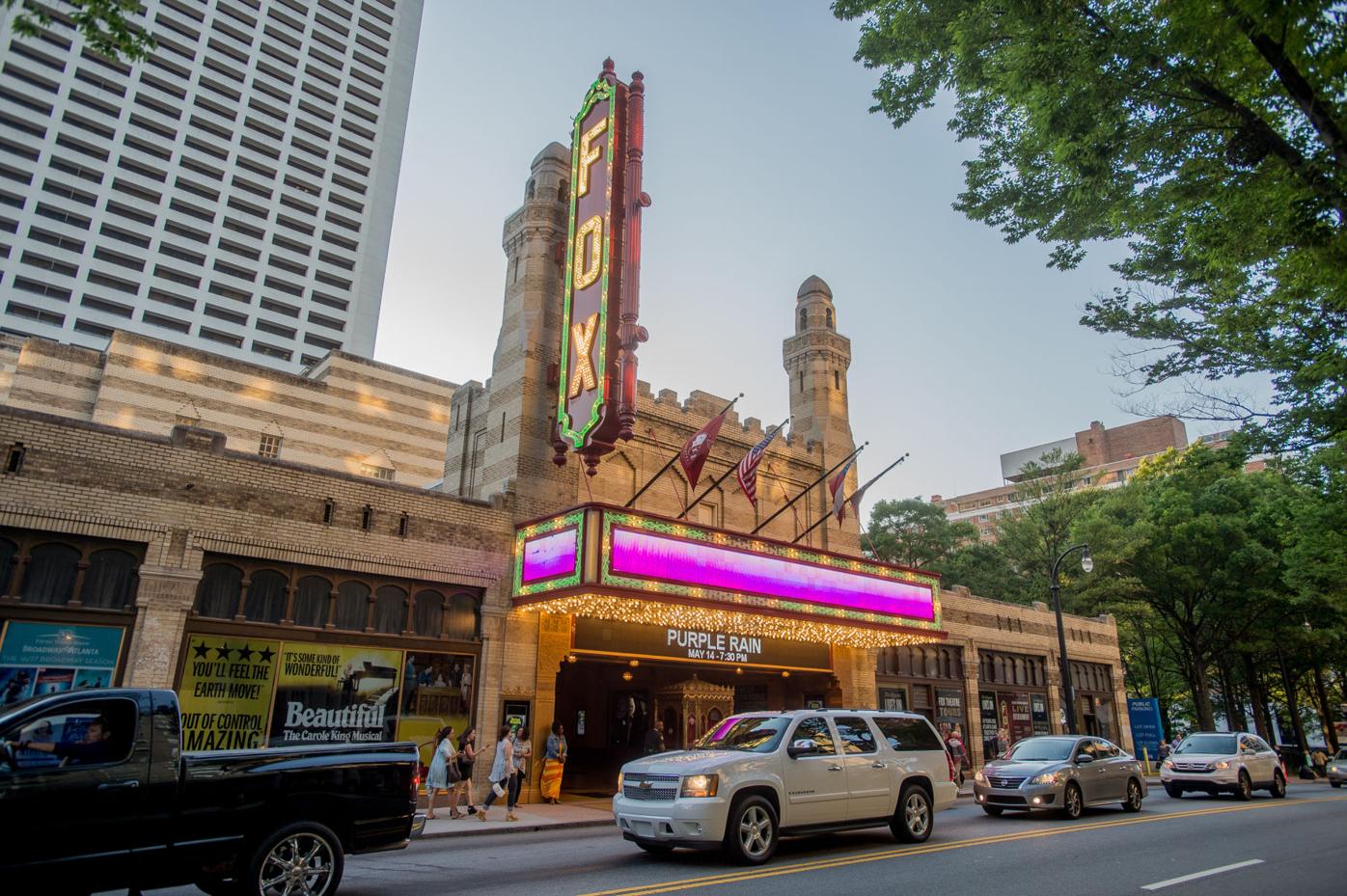 The outside of the Fox Theatre is shown on the day it screened 'Purple Rain' during a previous Coca-Cola Summer Film Festival. 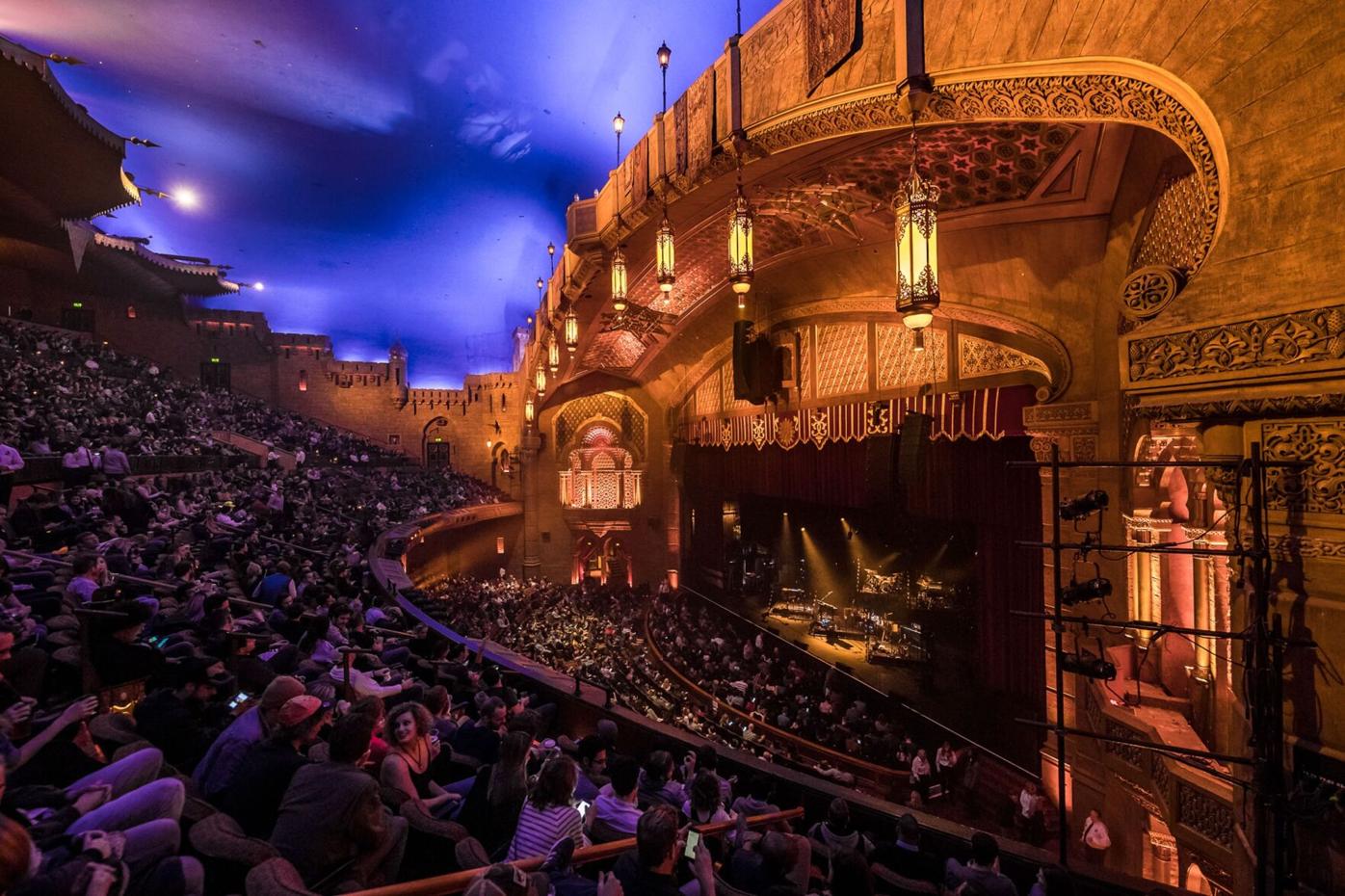 Fans wait for a previous concert to start inside the Fox Theatre in Midtown.

The outside of the Fox Theatre is shown on the day it screened 'Purple Rain' during a previous Coca-Cola Summer Film Festival.

Fans wait for a previous concert to start inside the Fox Theatre in Midtown.

This article was updated March 31 at 6:01 p.m. with the correct amount for the Paycheck Protection Program loan the City Springs Theatre Company received.

As metro Atlanta arts venues and organizations remain dormant during the COVID-19 pandemic because of limits on large-scale indoor events, some are hoping to get a boost from the American Rescue Plan Act, the latest federal stimulus package to provide relief for individuals and businesses impacted by the outbreak.

The $1.9 trillion act, signed into law by President Joe Biden March 11, includes buckets of funds that can be used for arts venues and organizations. There’s $135 billion each going to the National Endowment for the Arts and the National Endowment for the Humanities, which each will distribute the monies to facilities and organizations nationwide. They can start applying for those funds in late April. Also, municipalities will receive separate funds, some of which can be spent on their arts venues and/or organizations.

There’s also the $15 billion Shuttered Venue Operators Grant program, which is implemented through the U.S. Small Business Administration and is part of the Consolidated Appropriations Act, which was signed into law Dec. 27. That application process opens April 8. The funds can’t come soon enough, said Allan Vella, president and CEO of the Fox Theatre in Midtown.

“We’ve refunded almost $8 million in ticket sales since the pandemic began,” said Vella, whose venue did receive a $1.9 million federal Paycheck Protection Program (PPP) loan last year. “We’ve probably cancelled or rescheduled over 100 performances, and we’ve lost in the neighborhood of $7 million since the pandemic started.

“That is probably a lot less than what we normally would use due to cost-cutting measures and assistance we got from vendors and the assistance we’re getting from the PPP. We’ve lost a considerable amount of money.”

He also said the venue has had to suspend its Fox Theatre Institute program in which it distributes $500,000 in grants to historic theaters across the state to help maintain them. The Fox has also cut its staff from about 100 full-time and about 100 part-time employees down to about 18 full-timers and about 18 part-timers.

That’s a far cry from 2019 and earlier, when the Fox annually hosted about 200 performances and was one of the highest-grossing theaters in the world for its size (4,665 capacity).

Russ Belin is vice president for the Southeast region for Broadway Across America, the New York-based parent company for Broadway in Atlanta, the organization that brings Broadway shows to the Fox regularly during normal times. He said he’s not sure how much funding the Atlanta organization will get since that’s determined by the New York office, but it’s expected to receive some.

“It’s been very tough,” Belin said. “The pandemic has hit the entertainment industry hardest, if not (it’s been) one of the hardest industries hit. … We did have a few layoffs and are operating with a smaller team, and we still have a core team intact for a potential return. That’s been the goal of the last 12 months, to work with producers and the Fox Theatre on reopening.”

That loss has put quite a dent in the city’s $6 million annual events/performing arts budget, which pays for events at the Byers Theatre and others both indoors and outdoors. The center was able to keep its 22 full-time employees but had to cut at least half of its part-time ones, down to 20 currently. Albrechtson said he hopes to increase his part-time staff to between 40 and 50.

“When we closed down, we originally thought it was only going to be for a few weeks,” he said. “We started this rotation of preparing to reopen, only to continue the shutdown. Then we would prepare to reopen and then continue the shutdown. … That was happening month after month after month. There’s a lot of damage to the psyche when that happens.”

City Manager Andrea Surratt said the city helped offset the center’s losses through funds it received from the Coronavirus Aid, Relief and Economic Security (CARES) Act last year. Sandy Springs already knows it will get $16.3 million from the rescue plan act, but hasn’t yet determined how much of it will go to the arts/events budget.

“we will absolutely be putting some dollars toward making up for the lost revenue, which will keep our budget balanced,” Surratt said.

The City Springs Theatre Company, which hosts Broadway shows at the Byers Theatre regularly, has a budget of over $3 million but has lost 40% in sales due to the pandemic, said Brandt Blocker, its executive/artistic director. While the company was able to keep all seven full-time employees, it went from 250 contractors in a normal year to 111 since the pandemic started.

“I think the lowest point was really April, when we realized that the pandemic was going to have longer-lasting effects,” Blocker said. “We didn’t realize it would last quite so long. There was such great uncertainty.

He also said the company received a $128,000 PPP loan and is applying for more funds through the rescue plan act and the shuttered venues grant program, adding those funds would represent “the bridge that keeps you from falling off the cliff.”

Georgia Ensemble Theatre, an organization that performs plays and musicals at the Roswell Cultural Arts Center, has an annual budget of $1.5 million and has lost an estimated $1 million since its performances stopped over a year ago, said Anita Farley, its co-founder and producing artistic director. Only its education department has produced income.

Farley said the organization furloughed all 12 of its full-time employees twice, in the spring and fall, before and after it got a $114,000 PPP loan as the pandemic raged on. Only two workers are back today, with the rest still furloughed. Farley said the low point came in the fall, when the second round of furloughs occurred.

In addition to the PPP funds, Georgia Ensemble got $20,000 from Fulton County to produce virtual programming and $40,000 from the Blank Family Foundation through its Audience-Building Roundtable initiative, though the latter was not just for COVID-19 relief. The organization has applied to the Georgia Council of the Arts for a $50,000 grant and plans to apply for rescue plan funds (nearly $500,000 expected) as well, Farley said.

The Grand Theatre in Cartersville, which mainly rents its space to organizations that hold events there such as dance recitals and plays, operates on a shoestring budget, said Program Director Kristy Montgomery.

It has two full-time employees, and its 15 part-time ones work only during events. The Grand has not applied for COVID-19 relief funds and doesn’t plan to, thanks to the private funding it receives. But the past year has been tough for the venue, Montgomery said.

“I think the hardest (part) for us was the immediacy in May of 2020, because it was the first time we had to cancel all the dance recitals that were significant,” she said, adding the busiest months for the Grand are May and December. “It was so new with the lockdowns. Having to cancel events as late as we did while also providing enough advance notice was really challenging.”

A year after farmers markets in Atlanta, Brookhaven and Sandy Springs had to temporarily close and some even adjusted to a curbside pickup-onl…

Will Morrison and Ariella Lewis, eighth-graders at The Davis Academy in Sandy Springs, have placed in C-SPAN StudentCam, a national documentar…

The City Springs Theatre Company, which has been forced to host only online performances and other virtual events since the COVID-19 pandemic …

When Tina Lilly started her tenure as the Georgia Council for the Arts’ new executive director March 18, she began at a time when arts venues …

Atlanta Film Festival a ‘snapshot’ of industry’s creations amid pandemic

This year’s Atlanta Film Festival + Creative Conference in many ways is a reflection of the COVID-19 pandemic-plagued world we live in.