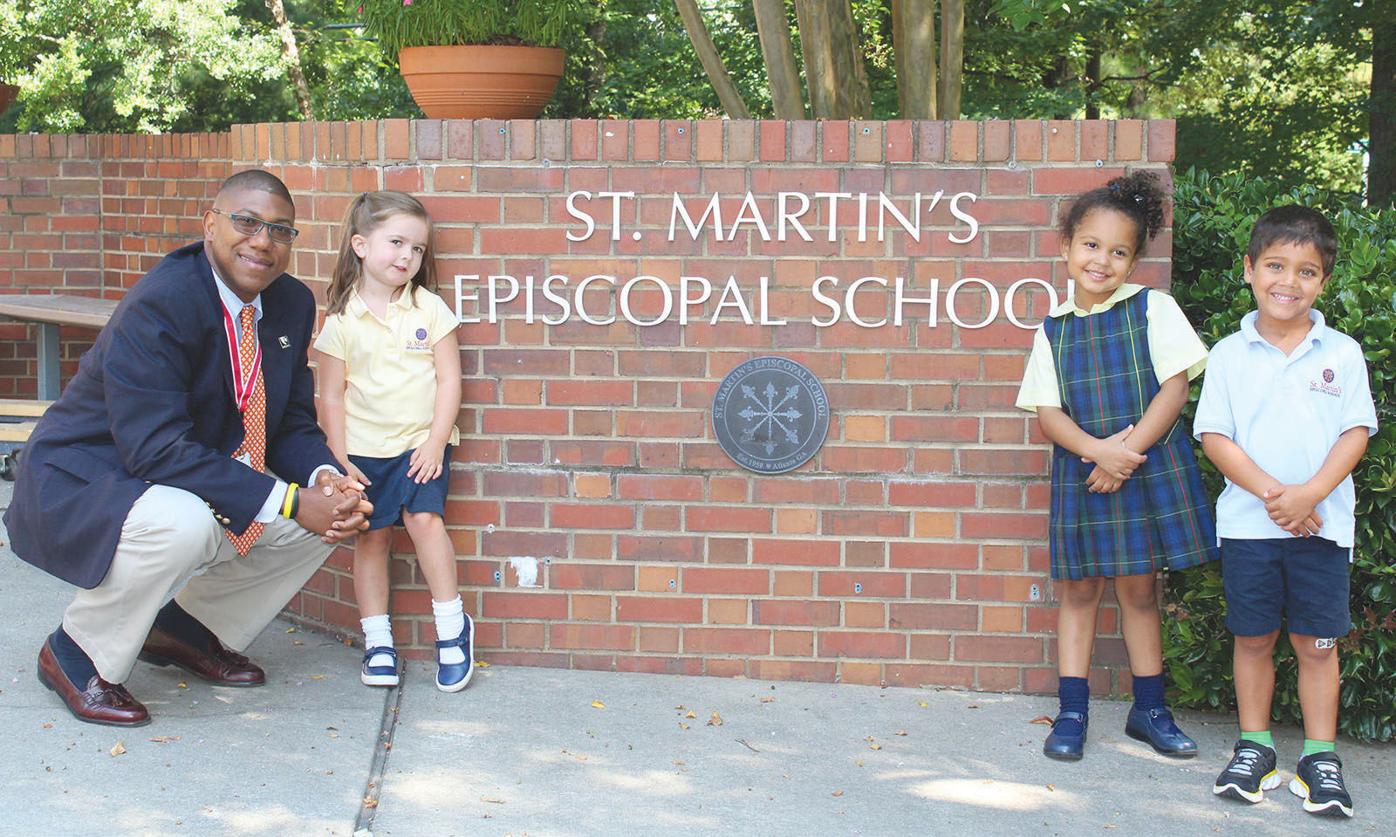 This article was updated Jan. 20 at 12:06 p.m. with corrected information on St. Martin's Episcopal School's expansion plans for its early childhood education program and a corrected quote from Susan Maziar.

While most residents would agree that St. Martin’s Episcopal School’s decision to purchase the Highpoint Episcopal Community Church property in Sandy Springs so it could expand its preschool there was the right one, it didn’t come without some limitations.

“We did have some agreements with them based on some conversations we had with them at two community meetings: no use of athletic fields (and) no use of external lighting that would infringe on the neighbors,” High Point Civic Association president Duffy Hickey said of the 7.7-acre property located at 4945 High Point Road. “This would be the fourth school in a half-mile stretch of High Point, including the preschool of the nearby synagogue.”

Hickey was one of four residents who spoke in favor of the project, with none against, at the Sandy Springs City Council’s Jan. 19 meeting, which was held virtually due to the COVID-19 pandemic. At the meeting, the council voted 6-0 to approve a conditional-use permit for both private school and daycare use, associated with an existing house of worship that predates the city’s code.

The church hosted its last service there in January 2020 after its worshipping community was no longer financially viable, but it remained open until it could find an alternate use for the property or a buyer. St. Martin’s purchased the property from the church in July for nearly $1.7 million, according to online Fulton County property records.

The 600-student school is located 3.1 miles away in Brookhaven. It plans to expand its early childhood education program to the High Point property, bringing no more than 60 students ranging from 8 weeks to 5 years old and 15 teachers there, caps the city included in its permit legislation. The church building will be renovated for the preschool and a right-turn lane will be added on High Point to help alleviate traffic.

Since the school bought the property, it has had two school buses and four smaller shuttle buses parked there. District 5 Councilman Tibby DeJulio, whose district includes the former church site, motioned to approve the permit but amended the legislation to require the school to park no more than two shuttle buses on the land at any given time.

“I think this is a good compromise on this property,” he said. “The community doesn’t want it developed. Limiting it to 15 staff members and not having a bus parking on it, I think it will work out well for everybody.”

Den Webb, a lawyer speaking on the school’s behalf, said four of the six buses will be moved and added the church, through the Episcopal archdiocese, will “remain active on the site.”

“In agreement with the school and archdiocese, they will have the occasional public service (there),” he said. “In terms of traffic, obviously the staff looked at that and the impact will be minimal.”

Hickey said he was pleased the school would not be increasing its preschool/daycare enrollment to 100 students, which at one time was planned.

Susan Maziar, who lives nearby on Timber Trail, said while she supports the school’s permit application, she wants no more than 60 students on the High Point campus. She had at least two other concerns: the traffic it will bring to the area and the ambiguity regarding the church's role in the property now that it's been sold to the school.

With the permit approved, St. Martin’s can start having students on the site, though a date has not been set yet.

When it comes to renewing Fulton County’s 1% transportation special-purpose local-option sales tax (TSPLOST) when it ends in March 2022, the S…

Sandy Springs fire chief: Only 40% of firefighters getting COVID-19 vaccine

A Sandy Springs church has ceased services for its worshipping community, but the church itself has not closed yet.

The Chattahoochee River 911 Authority (ChatComm), the 911 call center for the cities of Sandy Springs, Johns Creek, Dunwoody, and Brookhaven, …