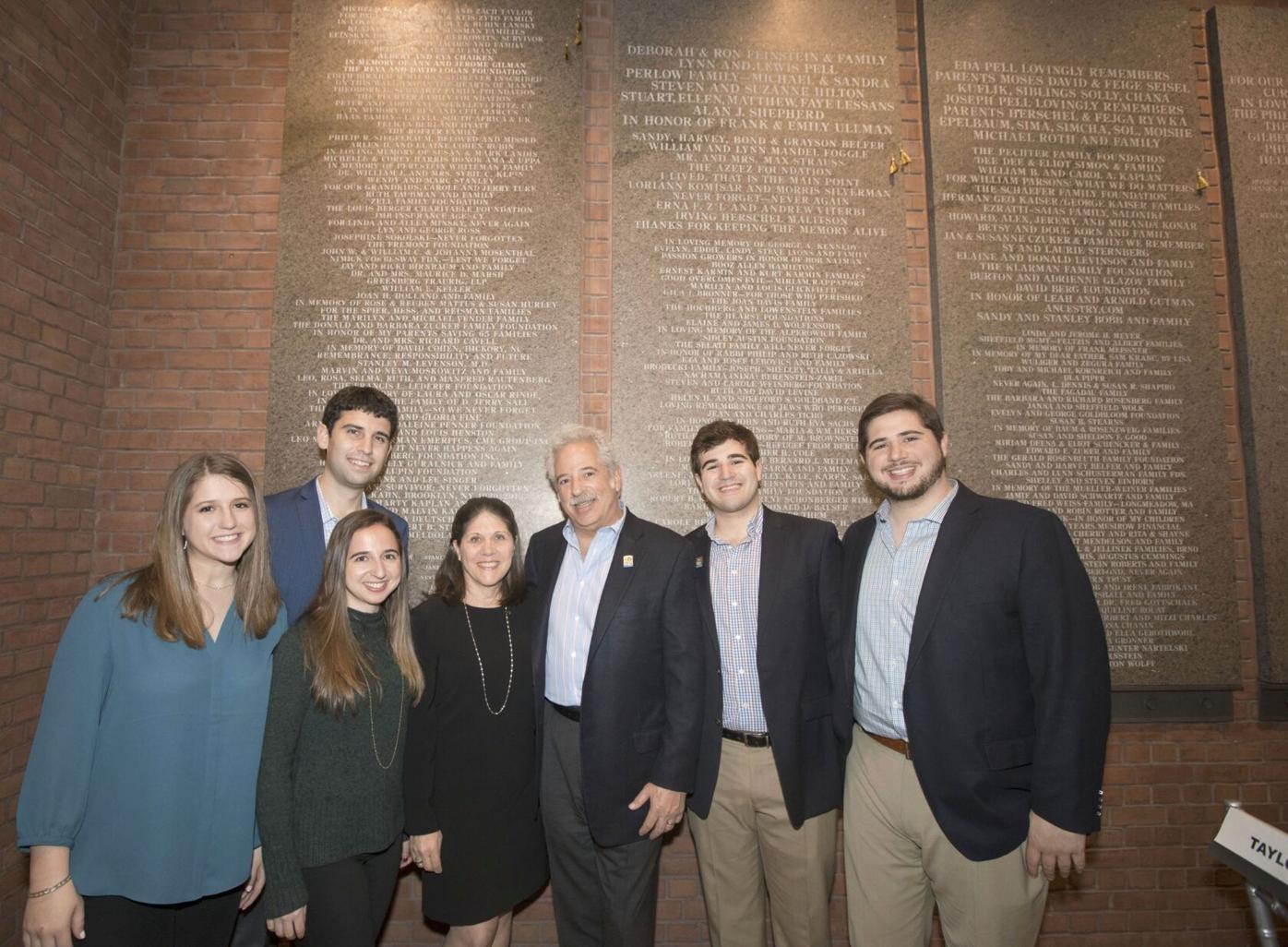 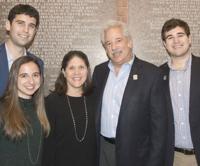 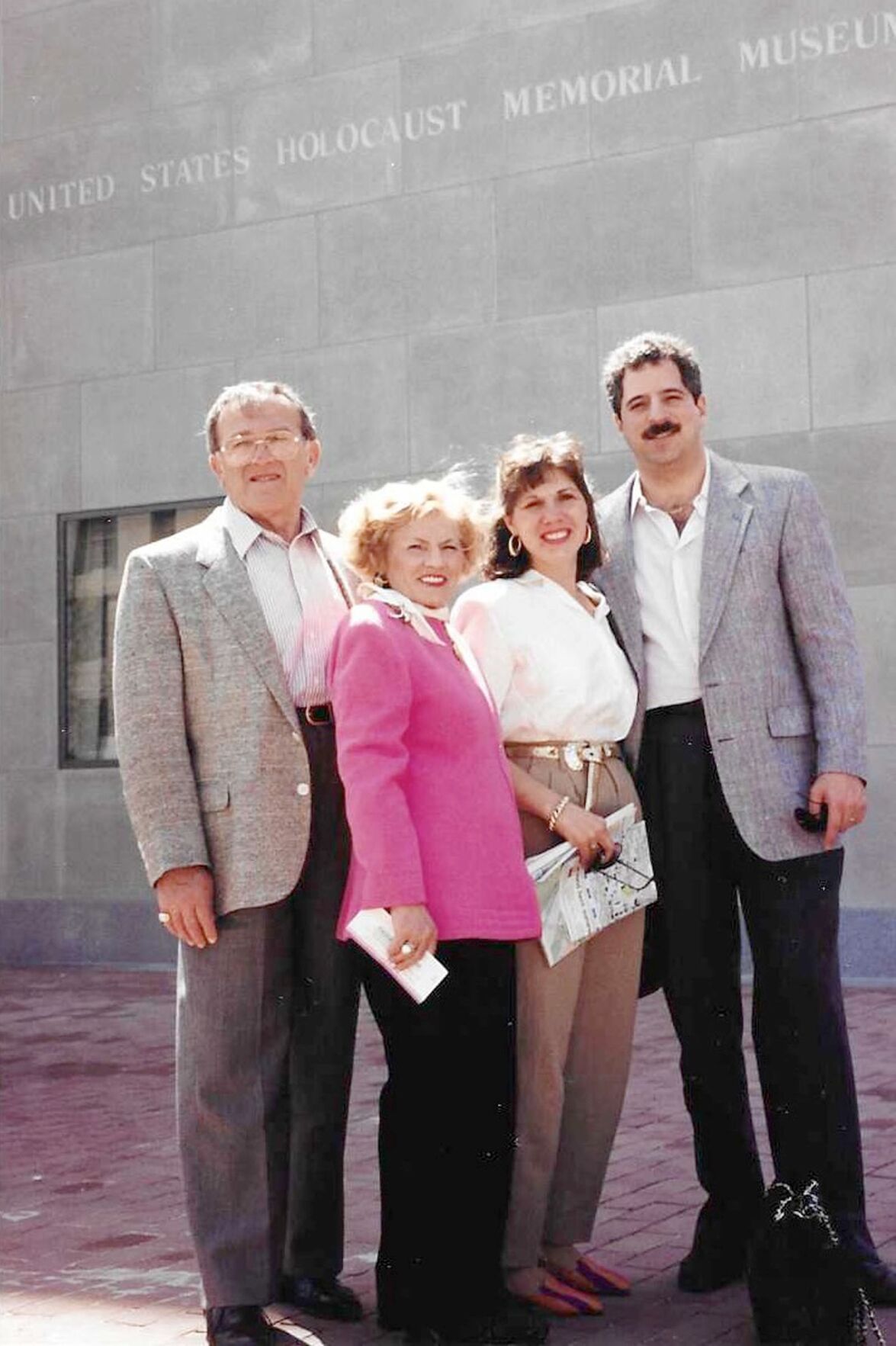 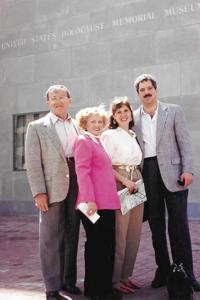 Lola Lansky, middle, and Rubin Lansky, back, gather with others at the United States Holocaust Memorial Museum’s groundbreaking in 1985.

Lola Lansky, middle, and Rubin Lansky, back, gather with others at the United States Holocaust Memorial Museum’s groundbreaking in 1985.

This article was updated Jan. 12 at 11:48 a.m. with corrected information and a clarified quote from Karen Lansky Edlin.

Titled “What You Do Matters,” the event will commemorate the 76th anniversary of the liberation of the Auschwitz concentration camp. It will also gain support for the Washington museum’s mission, which is to preserve the memory of the Holocaust, when six million Jews were killed by the Germans during World War II, and bring its lessons to future generations.

The Edlins are two of 16 individuals serving as the event’s co-chairs. Karen Edlin’s parents, Lola and Rubin Lansky, survived the Holocaust and were involved with the museum since before it opened in 1993. In 2018 the Edlins pledged a major donor wall gift to mark the museum’s 25th anniversary and in memory of Karen’s parents.

“The U.S. Holocaust Memorial Museum and this ‘What You Do Matters’ event speak to our personal obligation and desire to continue telling the stories of the Holocaust and to educate future generations,” the couple said in a news release. “With so much hatred and anti-Semitism in today’s world, we must take notice – standing up rather than standing by. This event enables us to support our commitment and my parents’ commitment to the museum’s mission, now and in the future.”

The event is being held online due to the COVID-19 pandemic, but hundreds of museum supporters in Georgia and across the Southeast are expected to join in.

“Participants will see firsthand how the museum has adjusted to these extraordinary times by bringing Holocaust education and awareness to audiences virtually, and how the critical lessons of the Holocaust—lessons about the fragility of freedom, the nature of hate and the consequences of indifference—remain vital,” Robert Tanen, the museum’s Southeast regional director, said in the release.

According to a recent study of millennial and Generation Z adults ages 18 to 39, nearly half (48%) could not name a single concentration camp or ghetto established during World War II. Almost a quarter of respondents (23%) said they believed the Holocaust was a myth, had been exaggerated or weren’t sure about its existence. In an interview, Karen Edlin said events such as this one are important so younger generations can be educated on the Holocaust.

“I don’t have to tell you about all the hate happening in this country,” she said, referring to recent political protests that have erupted into violence that led to some deaths. “I think we have to educate young people about hate and what hate can lead to, if it goes unnoticed, unchecked and unquestioned. We can’t allow it to happen. …

“What would happen if we didn’t teach about modern-day genocide such as Sudan, Darfur and Burma? But we have to learn what happened and how did it happen so we can prevent it.”

The event will include appearances by actors Morgan Freeman, Jamie Lee Curtis and Jason Alexander, former NBA star Ray Allen and others.

Yom Hashoah – Holocaust Remembrance Day in Israel and around the world – will be observed April 9. Metro Atlantans will have the opportunity to celebrate the day virtually April 11, when an event will be filmed from Greenwood Cemetery, where a memorial was built to honor the six million Jews who died.

Tickets to the Southeast Virtual Event are $118 per household, and preregistration is required. For more information or to purchase tickets, visit https://bit.ly/38Az5pa. Sponsorship opportunities are available.

Several organizations and schools in Atlanta, Brookhaven and Sandy Springs are hosting or participating in events to honor the legacy of civil…

The Cathedral Antiques Show, like many local events for the past 10 months, is shifting online due to the COVID-19 pandemic. But organizers ar…

The city of Sandy Springs will host two online public meetings Jan. 28 to get the public’s opinions on its transportation master plan.

When planning the 2021 Atlanta Jewish Film Festival amid the COVID-19 pandemic, Executive Director Kenny Blank and his team strived to find wa…

Task Force: Rome woman had meth, opioids in her home