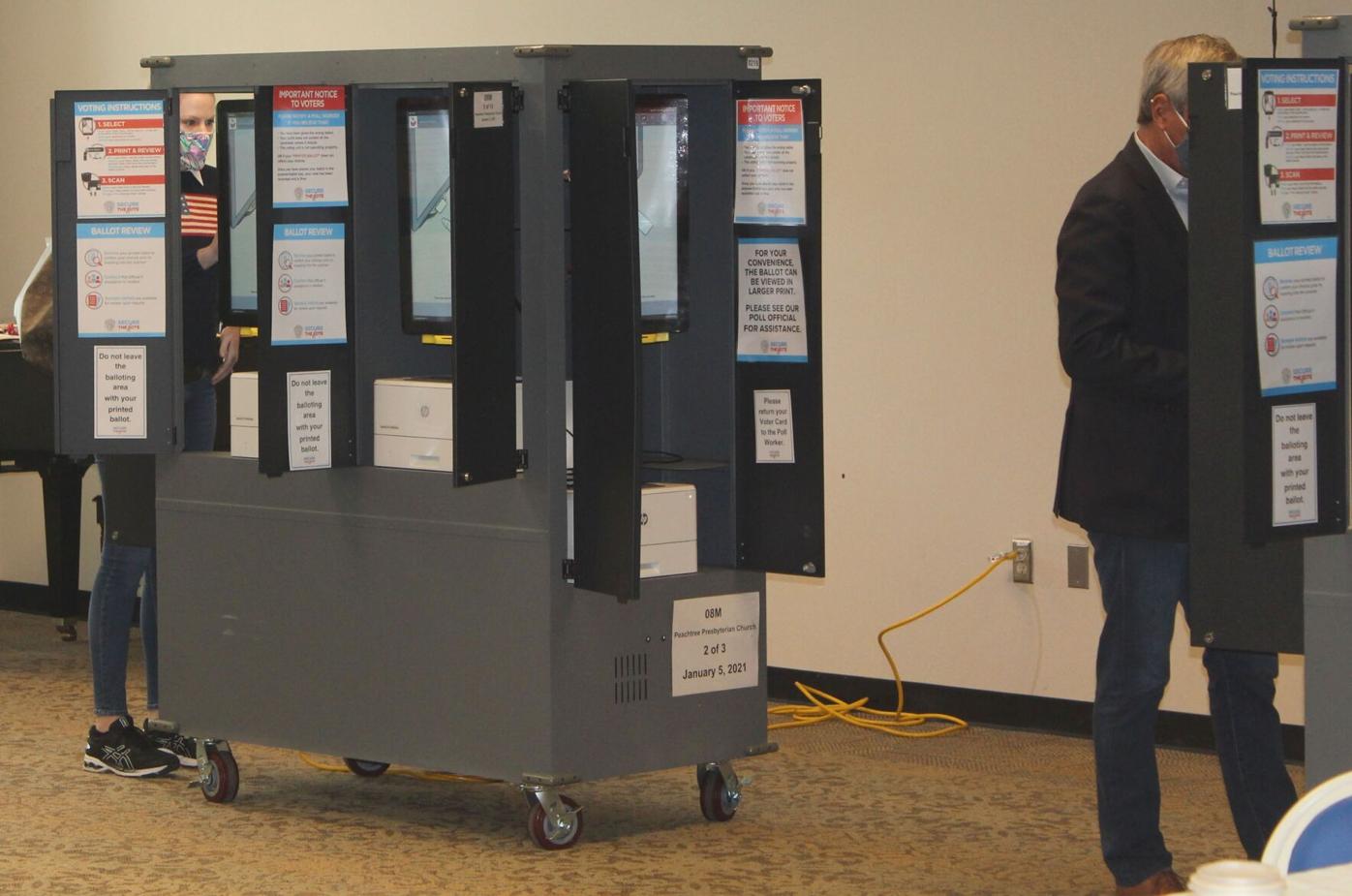 From left, a woman and a man vote in the Jan. 5 general runoff election at the Peachtree Presbyterian Church precinct in Buckhead. 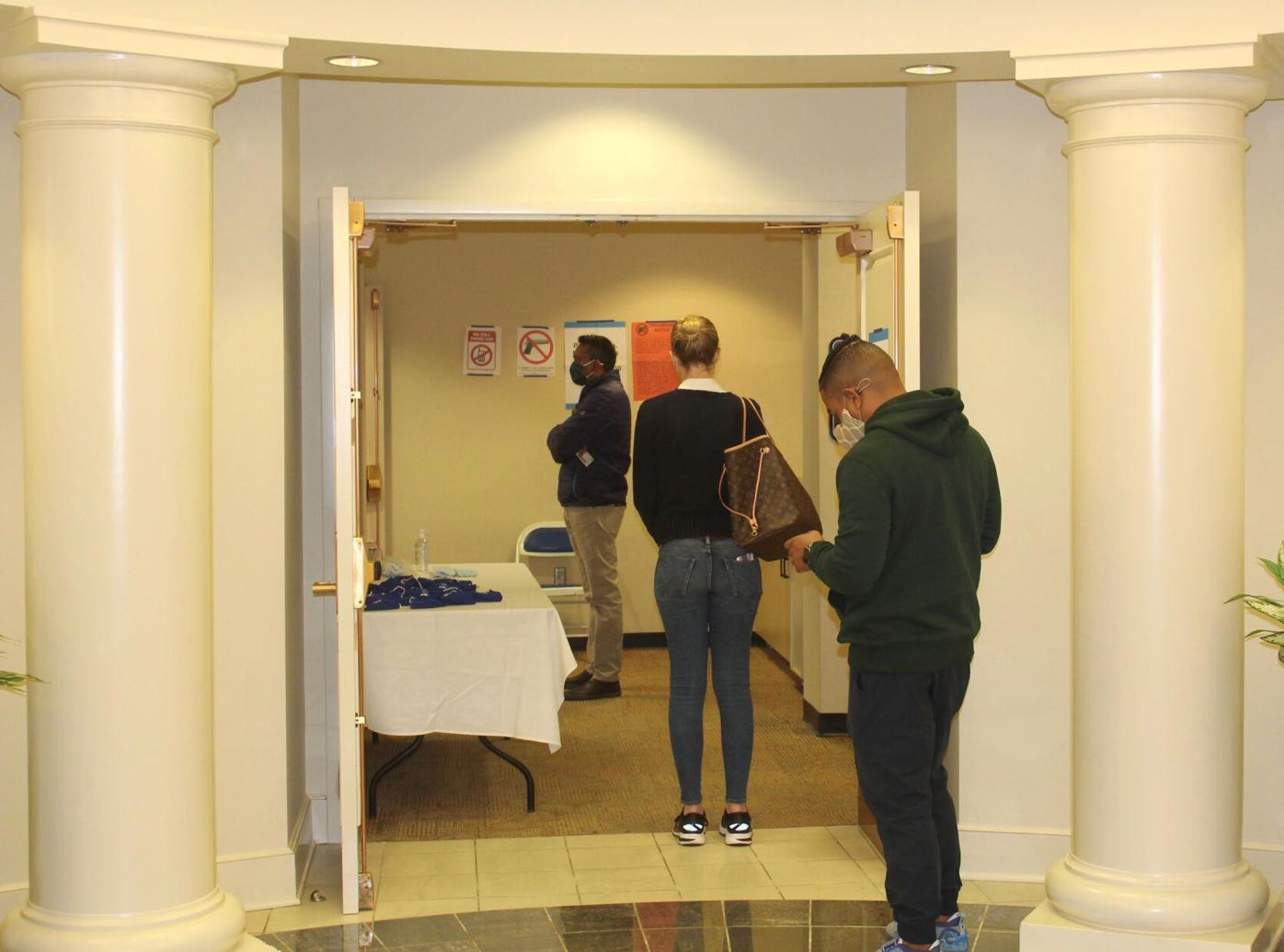 Residents wait in line to vote in the Jan. 5 general runoff election at the Peachtree Presbyterian Church precinct in Buckhead. 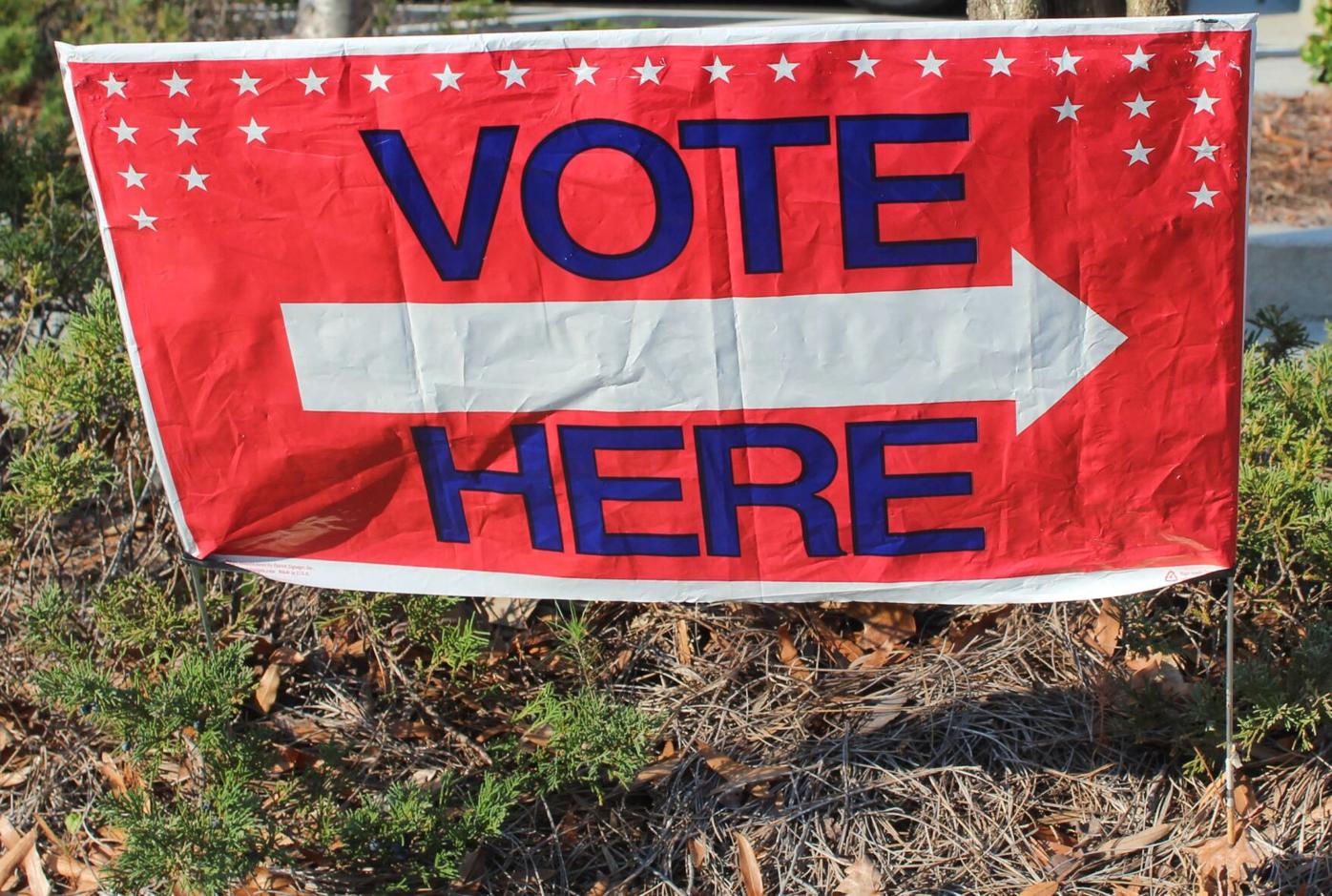 A sign points to where residents can vote in the Jan. 5 general runoff election at the Peachtree Presbyterian Church precinct in Buckhead.

From left, a woman and a man vote in the Jan. 5 general runoff election at the Peachtree Presbyterian Church precinct in Buckhead.

Residents wait in line to vote in the Jan. 5 general runoff election at the Peachtree Presbyterian Church precinct in Buckhead.

A sign points to where residents can vote in the Jan. 5 general runoff election at the Peachtree Presbyterian Church precinct in Buckhead.

This article was updated Jan. 5 at 6:01 p.m. with information and quotes from Sarah Smith Elementary School precinct's poll manager.

Based on the numbers at three Fulton County polling precinct, the Election Day turnout in the Jan. 5 general runoff election could be higher than the Nov. 3 presidential election, despite the record number of residents voting early in person or via absentee ballot.

When a reporter arrived at the Sarah Smith Elementary School precinct in Buckhead at 5:19 p.m., only three residents were in line waiting to vote. But Poll Manager Timothy Gendreau said about 470 of that location’s 7,573 registered voters had already cast ballots.

“We’re more than double where we were for the general election,” he said of the Election Day turnout.

Gendreau said the precinct had no voting machine malfunctions.

“Technology-wise, we have been very lucky in that we haven’t had one (issue),” he said. “We have only one scanner, so I’m grateful we haven’t had a problem.”

But there were other issues, including voters not properly wearing masks, which were required due to the COVID-19 pandemic, Gendreau added.

“We had somebody in the parking lot taking pictures of all the license plates until we got the police to get rid of them. Those are some of the fun things we’ve had.”

At the Church of the Redeemer precinct in Sandy Springs, no one was in line waiting to vote and only one resident was voting when a reporter arrived at 2:15 p.m. Poll Manager Lilian Raji she was pleased with turnout thus far at that precinct, which has nearly 4,000 registered voters but did not know how many had voted at that time.

“We’ve had busy periods and we’ve had slow periods. … We had a rush around 7 (a.m.), a slowdown and then we’re having pockets of rushes,” she said. “Turnout so far has been relatively busy, maybe a little bit busier than we expected.”

Raji said there were no problems with voting machines or with residents not properly wearing masks.

“We had one person here but it wasn’t a big issue,” she said. “I guess he didn’t know how masks work because he just covered his mouth. But once I asked him to put it over his nose, (he did).”

At the Peachtree Presbyterian Church poll location in Buckhead, nearly 200 of the about 2,400 registered voters had already cast ballots on Election Day as of 10:31 a.m. When a reporter arrived at 10:16 a.m., there was no line outside the building but five waiting inside.

“Turnout has been better than expected, more than the in-person (vote) in the presidential election,” Poll Manager Trent Allen said. “So, we’re averaging almost a voter a minute. Almost 200 have come through, and it’s stayed pretty steady, which is nice.”

The runoff has drawn national attention because control of the U.S. Senate hangs in the balance with both of Georgia’s Senate seats on the line, with Republican incumbents David Perdue and Kelly Loeffler facing Democrats Jon Ossoff and Raphael Warnock, respectively.

Back at the runoff at Peachtree Presbyterian, Allen said there were no problems with the voting machines or with residents having issues with wearing masks.

“Everyone’s had a mask,” he said. “If they don’t, we provide them. We had one lady who (said), ‘Oh, I forgot my mask and I don’t want to go home,’ and she saw we had them and was really thankful.

“Fulton County’s getting better and better with each election, and this one I feel really good about and it’s gone really smoothly.”

Gendreau said he hopes more residents will vote in this and future elections compared to the Nov. 3 one.

“Democracy works, and I was very disappointed to learn that only 69% of the eligible voters in the state of Georgia voted (in the general election), which was up 10%. I don’t understand why that’s not 90%, but that’s my own issue. I don’t care who you vote for. Just vote.”

ATLANTA — A top official in the Georgia secretary of state’s office pleaded Monday for voters worried about fraud during the Nov. 3 election n…

At a raucous rally on the eve of Tuesday’s Georgia Senate run-off, President Trump told a throng of cheering #MAGA supporters that he has no intention of throwing in the towel on his Mission: Impossible effort to cling to power. “They’re not taking this White House. We’re going to fight like hell,” Trump said in the GOP stronghold of Dalton, Georgia. Trump derided Georgia’s Republican Gov. ...

On the eve of a special election that will shape the course of Joe Biden’s presidency, he and President Donald Trump engaged in one final campaign battle in Georgia on Monday, appealing to voters across the state who will decide which of their parties controls the Senate. Their dueling rallies come as Georgians neared Tuesday’s final chance to cast ballots in two special elections for Senate ...

Fulton County’s top elections official said the Jan. 5 general runoff election, which broke records in the number of voters both in the county…