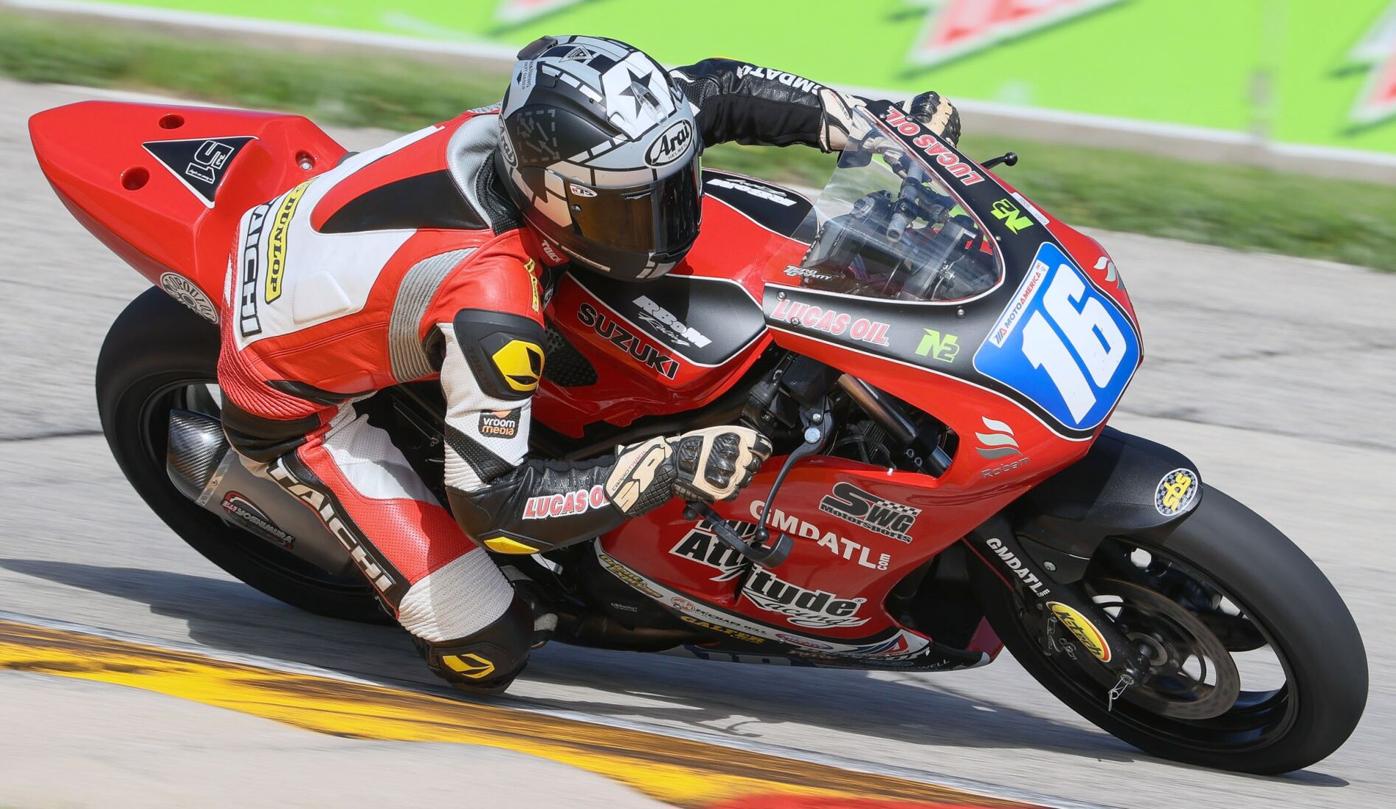 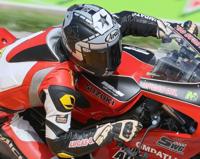 Trevor Standish races in a MotoAmerica event earlier this year. 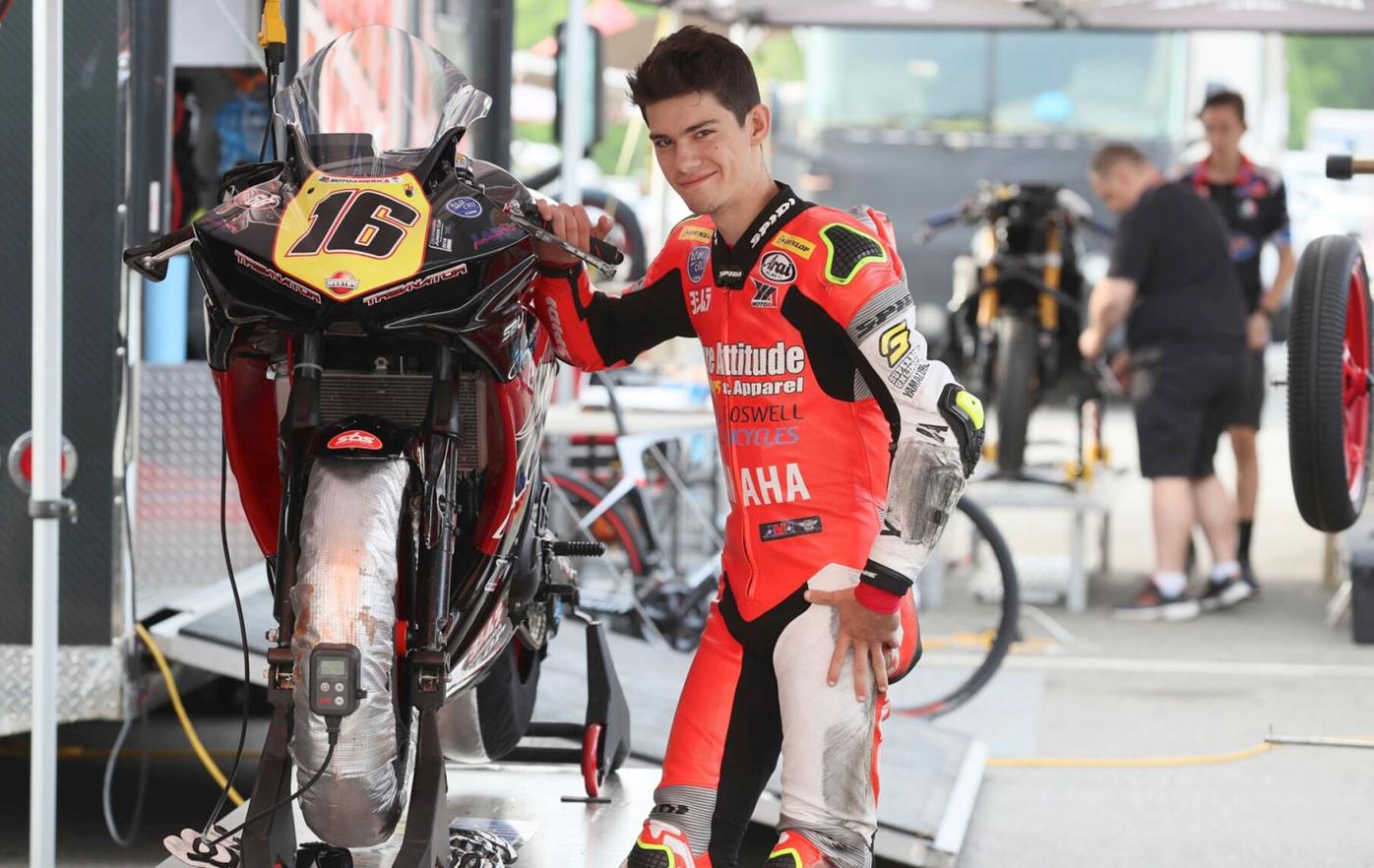 Trevor Standish stands next to his motorcycle at a MotoAmerica race in 2018. 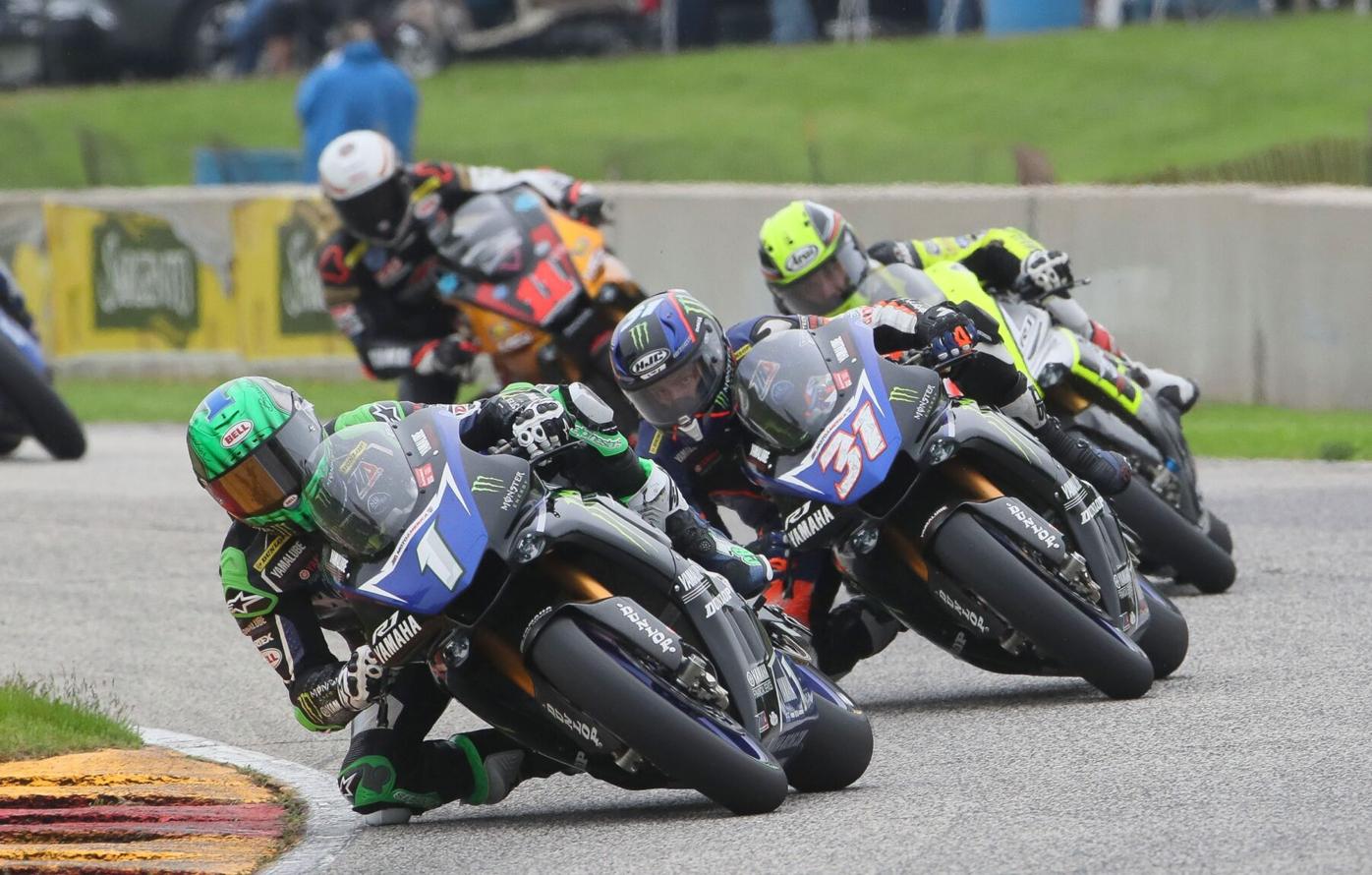 Motorcyclists race around a turn in a previous 2020 race at Road America in Plymouth, Wisconsin, earlier this year.

Trevor Standish races in a MotoAmerica event earlier this year.

Trevor Standish stands next to his motorcycle at a MotoAmerica race in 2018.

Motorcyclists race around a turn in a previous 2020 race at Road America in Plymouth, Wisconsin, earlier this year.

MotoAmerica Twins Cup rider Trevor Standish is thrilled to return to his local pro track, especially considering this weekend’s race will allow for fans despite the COVID-19 pandemic.

The Roswell resident is one of three Georgia-based riders participating in the MotoAmerica Superbikes at Atlanta event July 31 through Aug. 2 at Michelin Raceway Road Atlanta in Braselton.

“It’s absolutely a blast to be coming back to Road Atlanta in front of the home crowd,” Standish said of the race that originally was going to kick off the season in April. “Glad to have spectators back at the race as well. There’s a bit of a hometown advantage to come back to your home track. You see all the people who you grew up racing against.”

Standish enters the race after he and Erica Muse won the ultra lightweight two-hour endurance race July 18 at the Roebling Road Raceway in Bloomingdale, near Savannah, where they each rode for an hour.

“She got us in a good position battling for the lead. I was able to go out and set a pretty quick pace early on and cruise home to victory,” Standish said.

That was his highest finish in four races this year, so he enters this weekend with some momentum.

With the pandemic forcing many MotoAmerica events to be cancelled or postponed, the Atlanta one is only the third this season and only the second with fans allowed. Separate May and June races four weeks apart at Road America in Plymouth, Wisconsin, had no fans in the first one but permitted them in the second.

“Obviously it’s tough times for everyone, and I completely understand and respect the decisions MotoAmerica made to shuffle the schedule around and help that out,” Standish said. “It was very hard because in the offseason months, mentally you’re getting ready. … You get all psyched up for it and mentally you have to hit the brakes. …

“I’ve been working out a lot at home in the basement and trying to keep myself physically fit.”

Standish, who graduated from Rivers Academy in Alpharetta in 2019, just completed his freshman year at Kennesaw State University, where he’s majoring in physics. He juggles racing (including training at the gym and practice runs) and college with a part-time job helping his father, Dean, install high-end cabinets.

“I have to balance my schedule pretty well,” Standish said, adding each one takes roughly a third part of his daily or weekly schedule.

The rider is a direct descendent of Capt. Myles Standish, who originally came to America aboard the Mayflower, a fact he learned about when he did a fourth-grade research project. But he also comes from a racing family, with both his dad and grandfather, Leon Standish, riding motorbikes competitively in upstate New York, where they were raised.

“They rode on a flat track like stock car tracks,” Standish said. “When my dad moved down South, I wanted to get into racing, and there’s more road racing in the Southeast. But it’s a family affair for sure. All my cousins on my dad’s side, they have kids that race.”

However, he worked as an actor under his full name, Trevor Scott Standish, for several years, appearing in six TV shows and short and feature films before the pull of motorcycle racing was too strong to pass up.

“I knew how to ride a motorcycle at age 2, but didn’t have the interest in racing until I was 12,” he said. “That’s actually a late start for most kids, who start when they’re 6 or 8.

“… For me I felt like I was a little bit more in control of my destiny more with racing. Both of them are not the most easy-to-get-into industries. … (Als0), after a motorcycle race I had a big scar on my neck, so that would have not been as appealing to casting directors.”

When asked what makes the sport so exciting, Standish said, “just the adrenaline of it all.”

“You kind of, when you get into the zone, you completely block out the world around you,” he said. “It’s somewhat of an oasis at over 100 mph. The rest of the world, it doesn’t matter. Your only focus is the task at hand. When there’s good racing going on and all the hairs on the back of your neck are standing and the adrenaline is pumping, it’s a feeling like no other.”

MotoAmerica spokesman Sean Bice calls Standish “a great ambassador for our sport,” adding, “We’re lucky to have him.”

Regarding the Road Atlanta race, Bice said the 2.5-mile track, which sits on about 750 acres of land, provides plenty of space for fans to socially distance, and ticket sales are actually ahead of last year’s event. He added restrictions will be in place to follow health and government organizational guidelines, with riders and their team members required to wear masks in designated places and fans encouraged to wear them but not required to.

For example, the Saturday paddock autograph session has been shifted to one where fans can pick up pre-signed cards from riders, but they will still be allowed to see them face to face in the paddock anytime when the track is open. Also, the normal Sunday fan walk where attendees can walk out onto the track and pit lane has been cancelled.

However, there will be a kickoff party, with fans allowed to meet the riders and get autographs, July 30 from 6 to 8 p.m. at the Gainesville Square in downtown Gainesville. Bice said having fans for one of the two Road America events helped MotoAmerica plan for this one.

“Road Atlanta is an iconic racetrack for us,” he said. “We’ve been racing there as long as any racetrack we’ve used has been in existence. MotoAmerica has been only around only since 2015, but we’re the official AMA (American Motorcyclist Association) racing association. It’s a track that our riders really look forward to because it’s a technical track, meaning it’s long but tight and has different changes in elevation.”

Said Standish, "It’s going to be a weekend full of fun.”

The race will be televised on Fox Sports 2. For more information or to purchase tickets, visit www.roadatlanta.com.