Update: The Georgia Bureau of Investigation released the following statement:

The Georgia Bureau of Investigation was requested by the Atlanta Police Department on Friday night, June 12th, to investigate an officer involved shooting at the Wendy’s Restaurant on University Avenue. We are in the process of conducting this investigation. Although we have made significant progress in the case, we have not completed our work. Our goal in every officer involved shooting case we are requested to review, is to complete a thorough, impartial investigation before we submit the file to the respective District Attorney’s Office.

The GBI was not aware of today’s press conference before it was conducted. We were not consulted on the charges filed by the District Attorney. Despite today’s occurrence, the GBI will complete its mission of completing an impartial and thorough investigation of this incident and we will submit the file, once completed, to the Fulton County District Attorney’s Office.

The Fulton County District Attorney's announced today that ex-officer Garrett Rolfe will be faced with 11 charges, including felony murder, connected to the shooting death of Rayshard Brooks.

The arrest warrants issued for both men were released to the media today.

See the warrants for the most charges below. 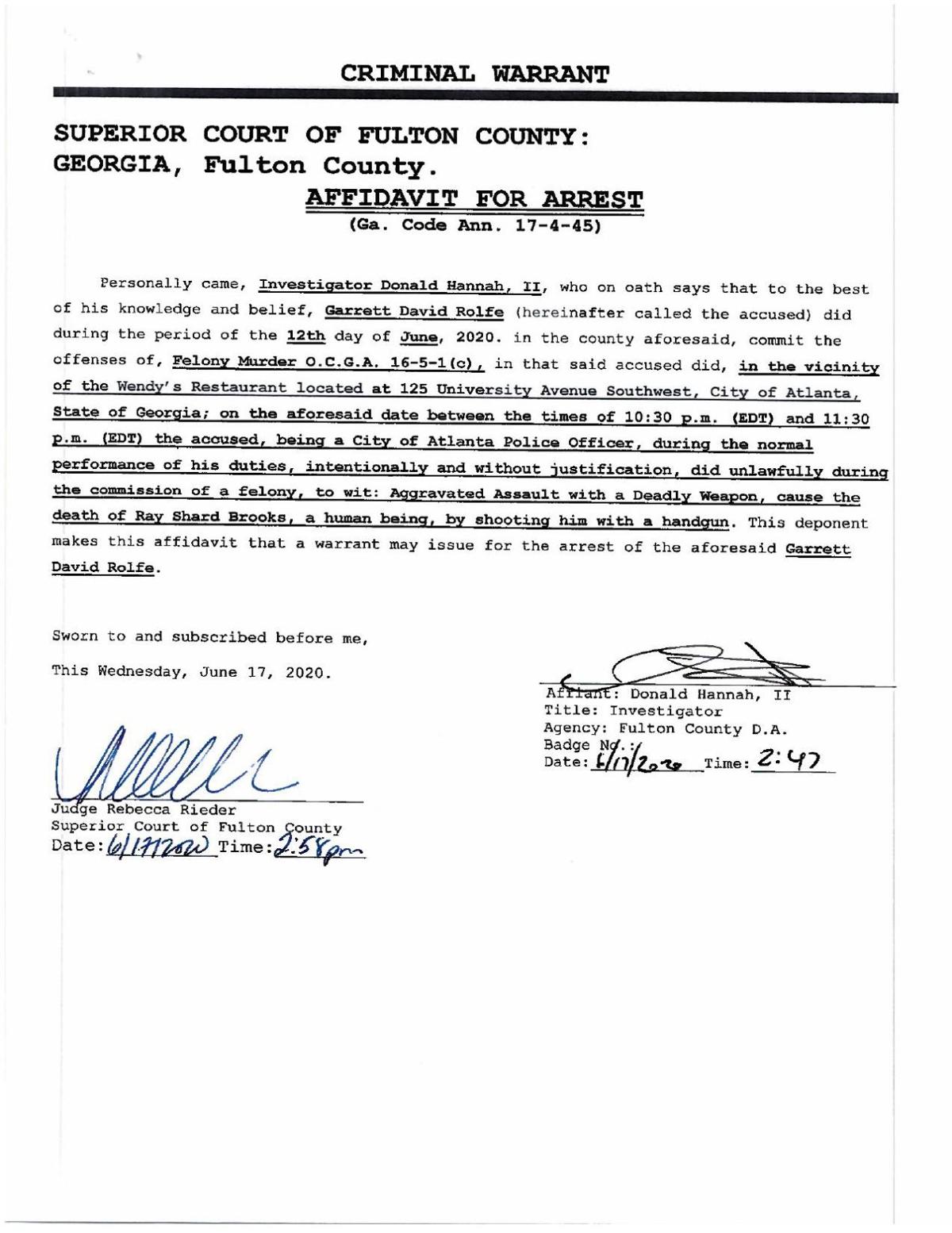 Check back with us for more details on this developing story.

Why don’t the businesses that were looted, vandalized, and destroyed sue Mayor Bottoms for completely failing the tax paying companies and people who she swore to protect. She let it explode into complete anarchy and didn’t do anything but apologize to the mob and tied the hands of the police. I hope businesses take a hard look at her leadership. But she wants a VP slot with Biden.

Paul Howard could not wait until the GBI completed their investigation? Oh right. He is also personally under investigation by the GBI, and he's in an election battle.

What states can learn from Navajo Nation's case rebound