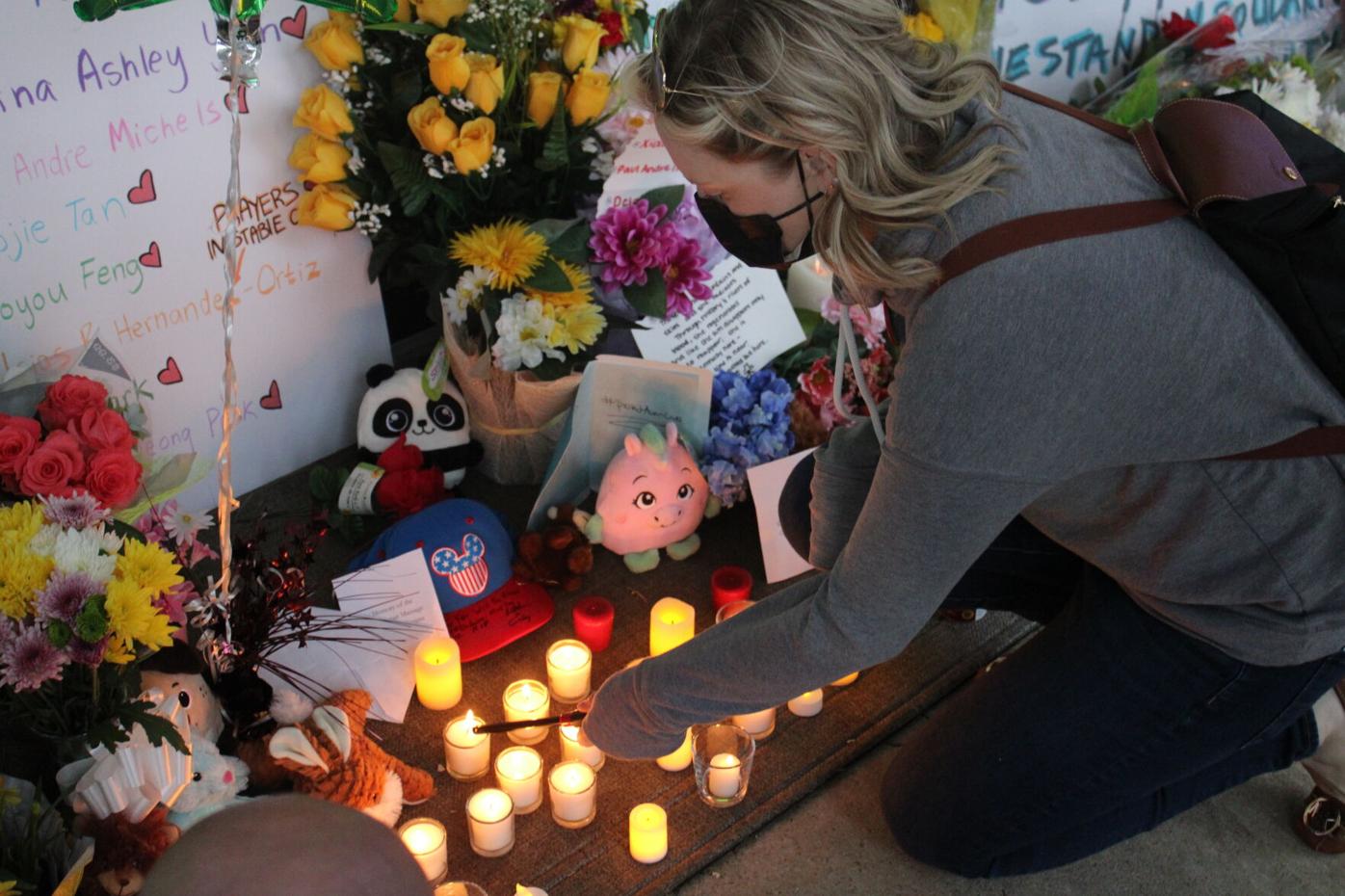 Allison Calhoun lights some of the candles placed in front of the entrance to Young’s Asian Massage during an evening vigil Thursday. 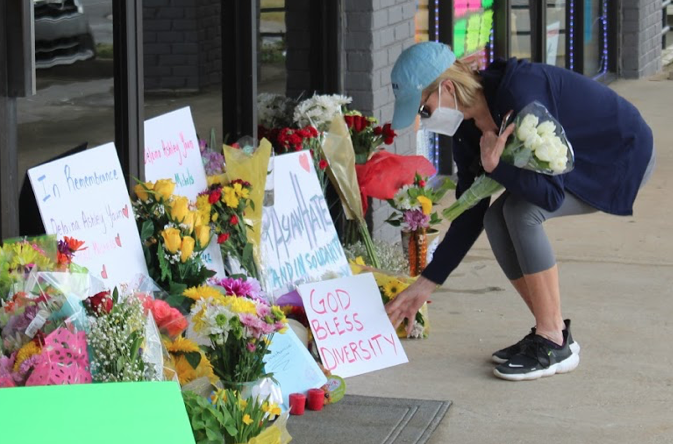 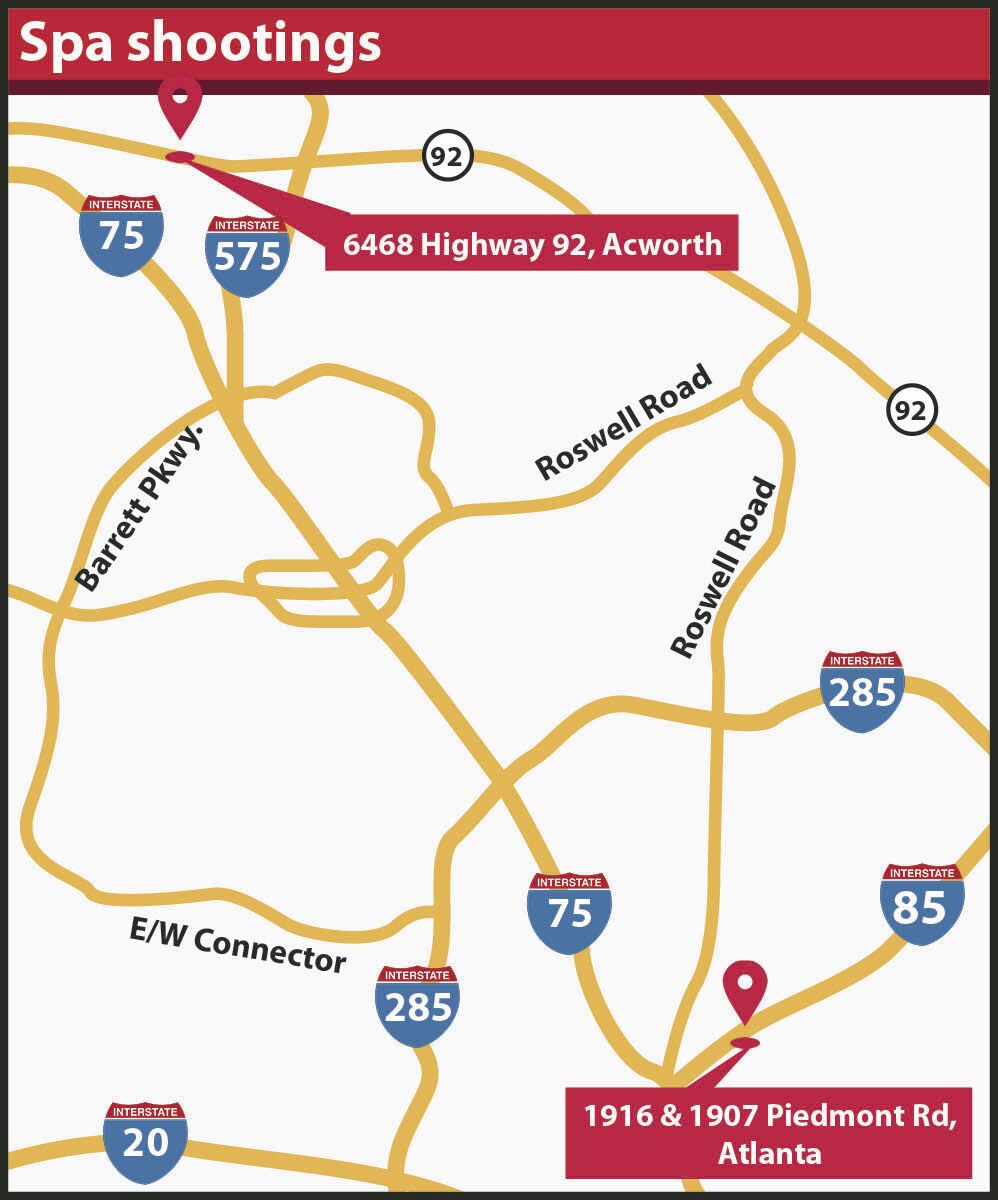 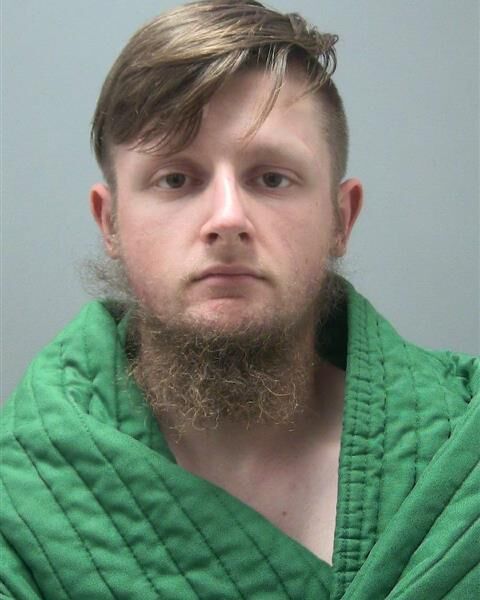 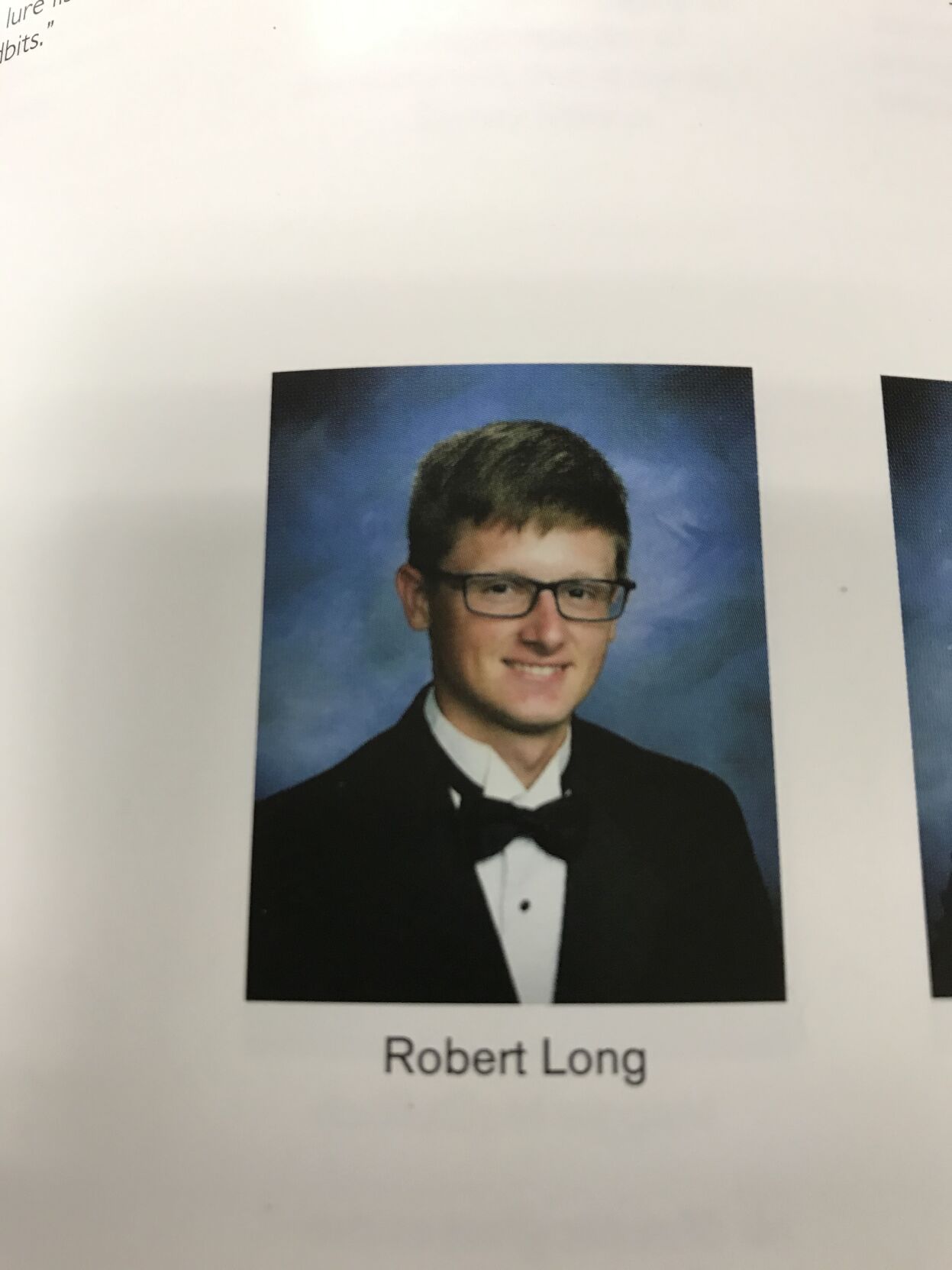 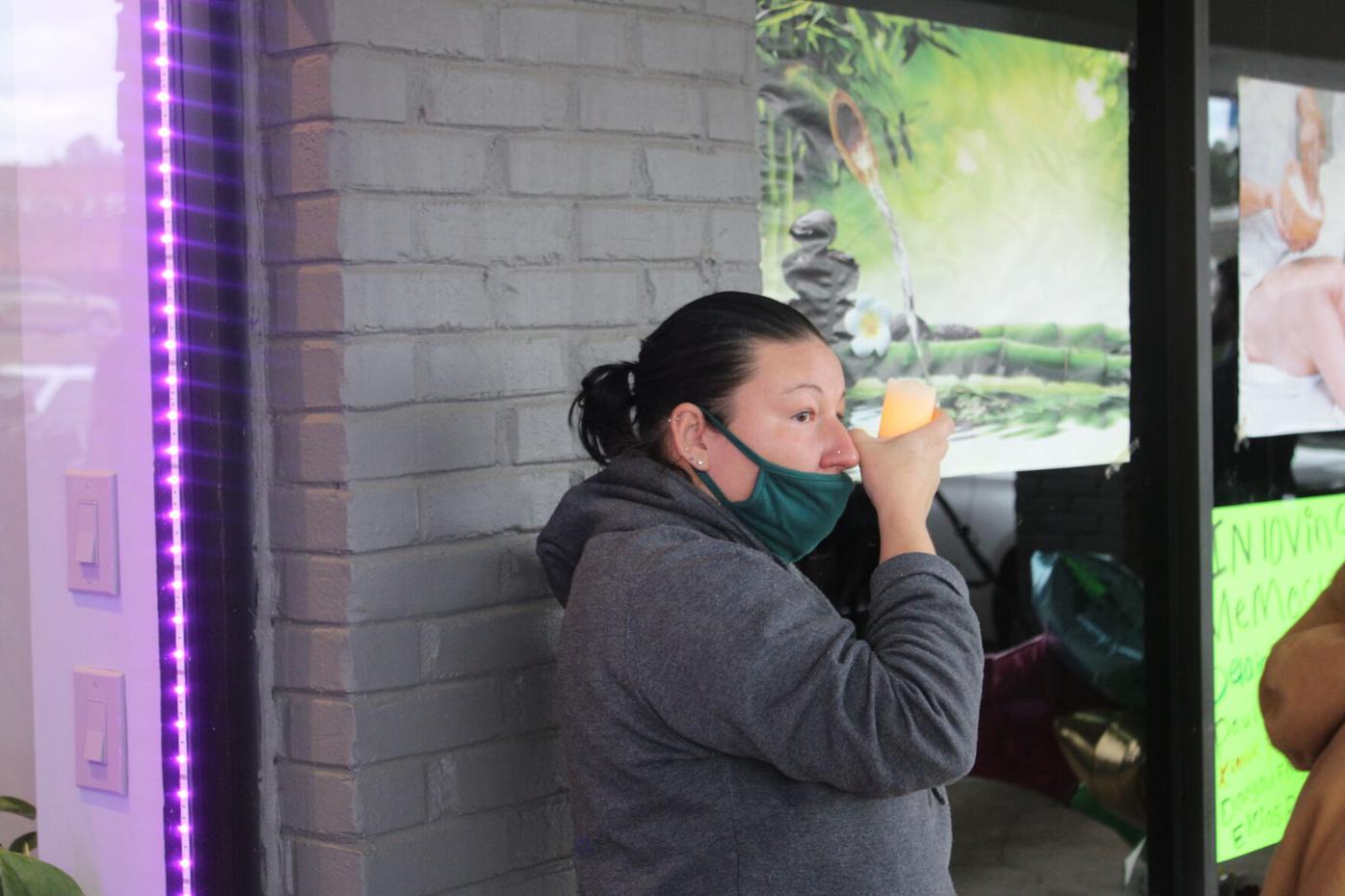 Jessica Lang holds up her candle during the candlelight vigil.

Allison Calhoun lights some of the candles placed in front of the entrance to Young’s Asian Massage during an evening vigil Thursday.

Jessica Lang holds up her candle during the candlelight vigil.

Long allegedly told law enforcement after his arrest he had targeted the two Atlanta spas and a third in Cherokee County, where another four people were killed, because he viewed them as an “outlet” for his “sex addiction.”

In response to questions about the spas’ nature Wednesday, Atlanta Mayor Keisha Lance Bottoms said she was “not about to get into victim blaming,” adding, “as far as we know in Atlanta, these are legally operating businesses that have not been on our radar, not on the radar of APD.”

The shootings are a topic of national conversation. President Joe Biden ordered that U.S. flags on federal buildings be lowered to half-staff through sunset Monday in mourning of the eight people killed, and he will talk with leaders of the Atlanta region’s Asian-American community Friday during a visit meant to promote his recently-passed coronavirus relief bill.

Long has allegedly told investigators the shootings were not racially motivated, despite the fact that six of the eight who died were Asian women. Some state lawmakers said Long’s statement, if true, shouldn’t be taken at face value and wouldn’t necessarily shield him from prosecution under the state’s recently-passed hate crimes law.

And Hampton said Atlanta police were still investigating whether the shootings could be classified as hate crimes.

“We had four Asian females that were killed (in Atlanta), and so we are looking at everything, to make sure that we discover and determine what the motive of our homicides were,” he said.

BACKGROUNDLong, a 21-year-old Woodstock resident, began his shooting spree at Young’s Massage in Cherokee County, according to police. There, he allegedly shot five people just before 5 p.m. Tuesday, killing four and injuring the fifth.

When deputies with the Cherokee Sheriff’s Office arrived, they found two people dead and three others with gunshot wounds. The wounded were transported to Wellstar Kennestone Hospital, where two of them later died due to the wounds.

About an hour later, Atlanta Police Department officers responded to a call about a “robbery in progress” at the Gold Spa on Piedmont Road. When they arrived, they found three dead women inside.

Another 911 call moments later brought police to the Aroma Therapy Spa across the street, where another dead woman was found inside.

Long was eventually arrested in Crisp County while driving south on Interstate 75.

He now faces several charges in Cherokee, including four counts of murder, one count of attempted murder and five counts of possession of a firearm during the commission of a felony. He also faces a slate of charges stemming from the shootings in Atlanta and is being held in Cherokee without bond.

Long purchased a gun before the shootings Tuesday at Big Woods Goods in Holly Springs and was found with a 9-millimeter handgun when he was arrested, police say.

Matt Kilgo, an attorney for Big Woods Goods, said “there is no indication whatsoever that anything improper occurred during the transfer.”

VICTIMSThe Cherokee County Sheriff’s Office identified Wednesday the four people who died in the shooting at Young’s Asian Massage near Acworth. They are:

Acworth’s Elcias R. Hernandez-Ortiz, 30, was injured but in stable condition as of Wednesday, according to officials.

The four who died include two Asian women, a white woman and a white man, according to Capt. Jay Baker, of the sheriff’s office.

Mourners continued to visit Young’s to pay their respects or lay flowers Thursday.

“I’m trying to teach my children respect,” said Stephanie Durrick, who was accompanied by her son Jordan. “We’re here to let them (victims’ families) know someone cares and show respect for them.”

Others echoed that sentiment.

“I came here to show I care,” said Lance Korn. “I couldn’t just sit at home and not show my respect.”

Tommy Le said it was “devastating” to see such an event happen in one’s own community.

At 6 p.m., dozens of mourners gathered at Young’s for a vigil.

“I knew (Yaun), she used to wait on my family and me at the Waffle House, and for the others who were killed, my heart breaks for them and their families,” said Jessica Lang, who attended the vigil. “I’m here to show my love and support.”

Patrick Bishop, a Cherokee County native, said “It breaks my heart to see such hatred against the Asian-American community come to my hometown.”

A pair of GoFundMe campaigns have been established by area residents to help financially support the families of those affected by Tuesday’s shooting.

One of the two campaigns was set up by Amy Cinkaj to help Yaun‘s family, while the other campaign was started by Bryson Vance to assist Kevin Smith, whose sister was killed in the attack.

“This has been more hurtful to him than anything else has been,” Vance said. “I did this to help ease the burden.”

His GoFundMe campaign explained, “(Smith) has worked multiple jobs before and uses all his earnings to help himself with bills. His life was very hard, and this event has made it even worse. He now has to take care of a 13 (year old) nephew and a 1 (year old) niece by himself and has no means of transportation (his moped broke). We need to secure a future for him and those he is taking care of.”

The GoFundMe campaign for Yaun’s family said it was raising money for her funeral expenses.

“She has two beautiful babies she is leaving behind,” it says. “We just don’t know how to do any of this alone. If you can find it in your heart to donate, our family will certainly appreciate all of your support.”

A third campaign, also in support of the family of Delania Yaun, was set up, but this campaign has since been closed within a day of its being established after raising $6,585.

The Atlanta Police Department has yet to release the names of the four women killed in Atlanta, saying it has had difficulty verifying the victims’ identities and contacting next of kin. Part of the delay was due to some relatives living abroad. News media reported Wednesday four of the women killed were of Korean descent.

SUSPECTMore details about Long’s personal life have emerged since his arrest Tuesday.

A spokeswoman for the Cherokee County School District confirmed Long’s graduation from Sequoyah High School in 2017, and the elders of Long’s church — Crabapple First Baptist Church, in Milton — issued a statement Wednesday, according to Baptist Press, the official news service of the Southern Baptist Convention.

APOLOGY Meanwhile, Cherokee Sheriff Frank Reynolds apologized for comments Baker, the captain with the sheriff’s office, made at a news conference Wednesday.

When explaining Long’s motives, Baker said the suspect “was pretty much fed up and at the end of his rope, and yesterday was a really bad day for him and this is what he did.”

The comments were panned on social media. At least one person emailed the sheriff’s office demanding Baker resign.

“In as much as his words were taken or construed as insensitive or inappropriate, they were not intended to disrespect any of the victims, the gravity of this tragedy, or express empathy or sympathy for the suspect,” Reynolds said in a news release. “Captain Baker had a difficult task before him, and this was one of the hardest in his twenty-eight years in law enforcement.

The release did not address a separate but related controversy.

After the news conference at which Baker made his comments, internet sleuths found a post he had shared on Facebook early in the pandemic, in which he said he had purchased shirts that read, “COVID 19” and, beneath that, “imported virus from chy-na.”