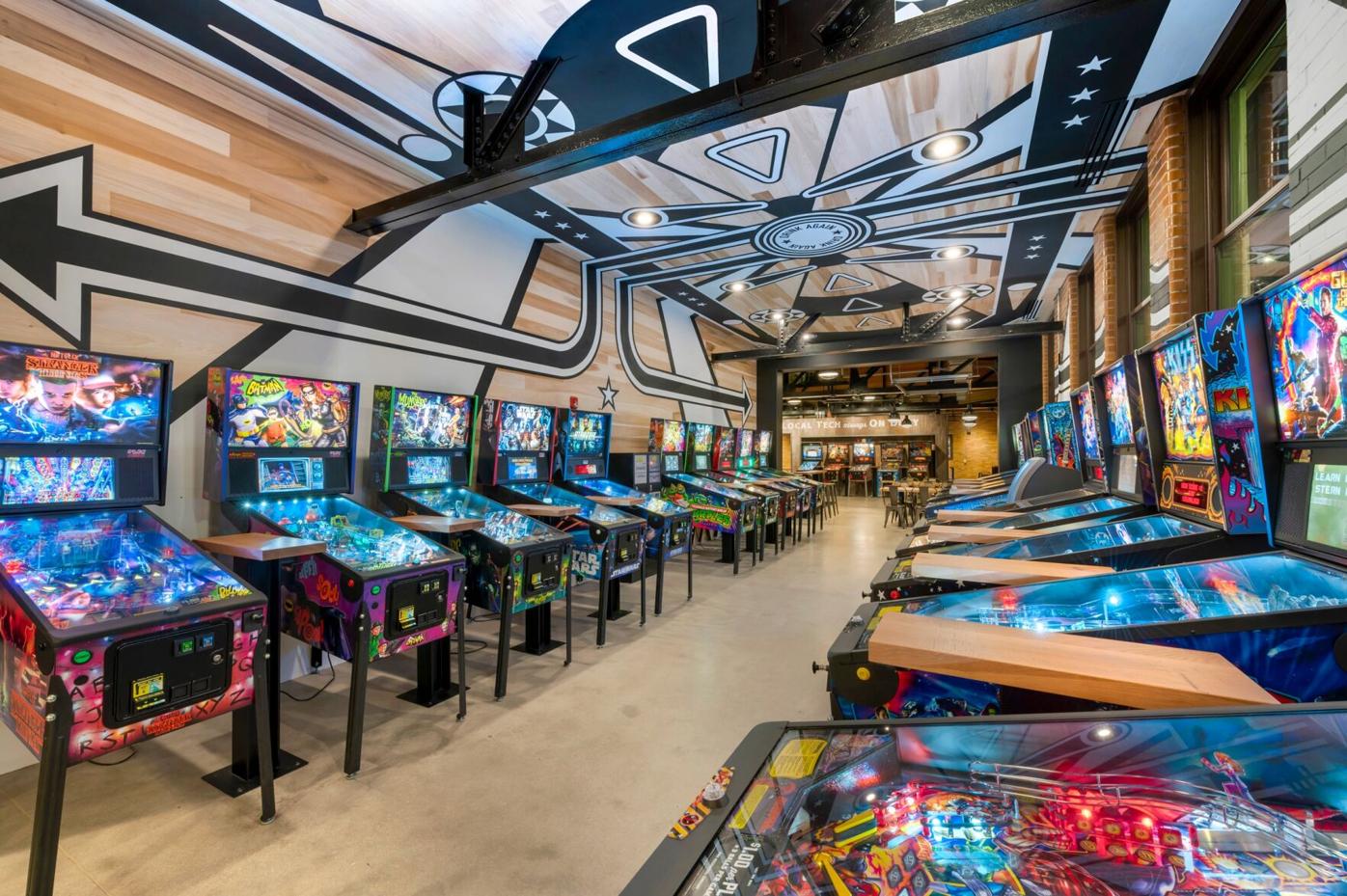 Pictured is the pinball room at Pins Mechanical’s Indianapolis location. 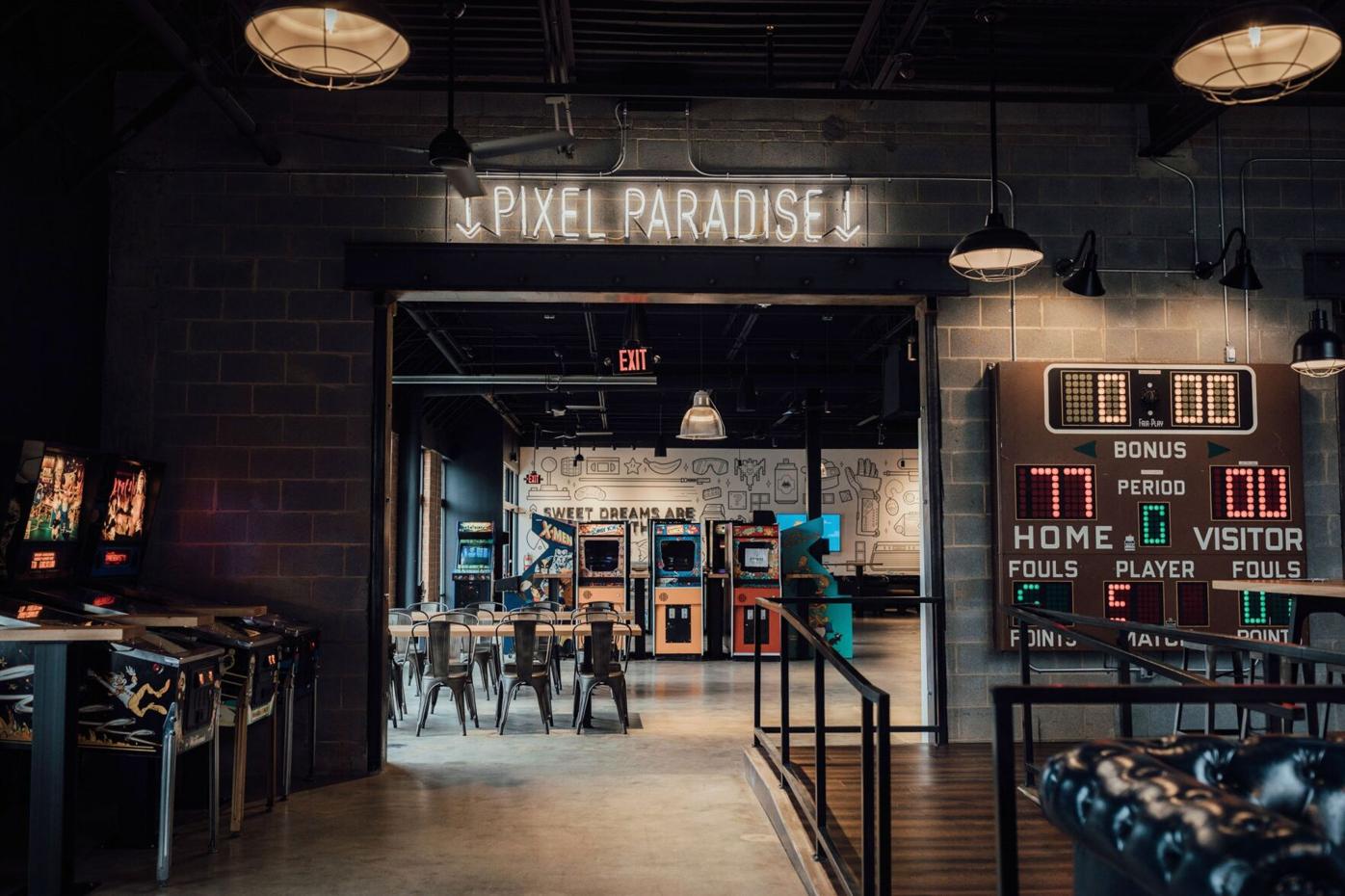 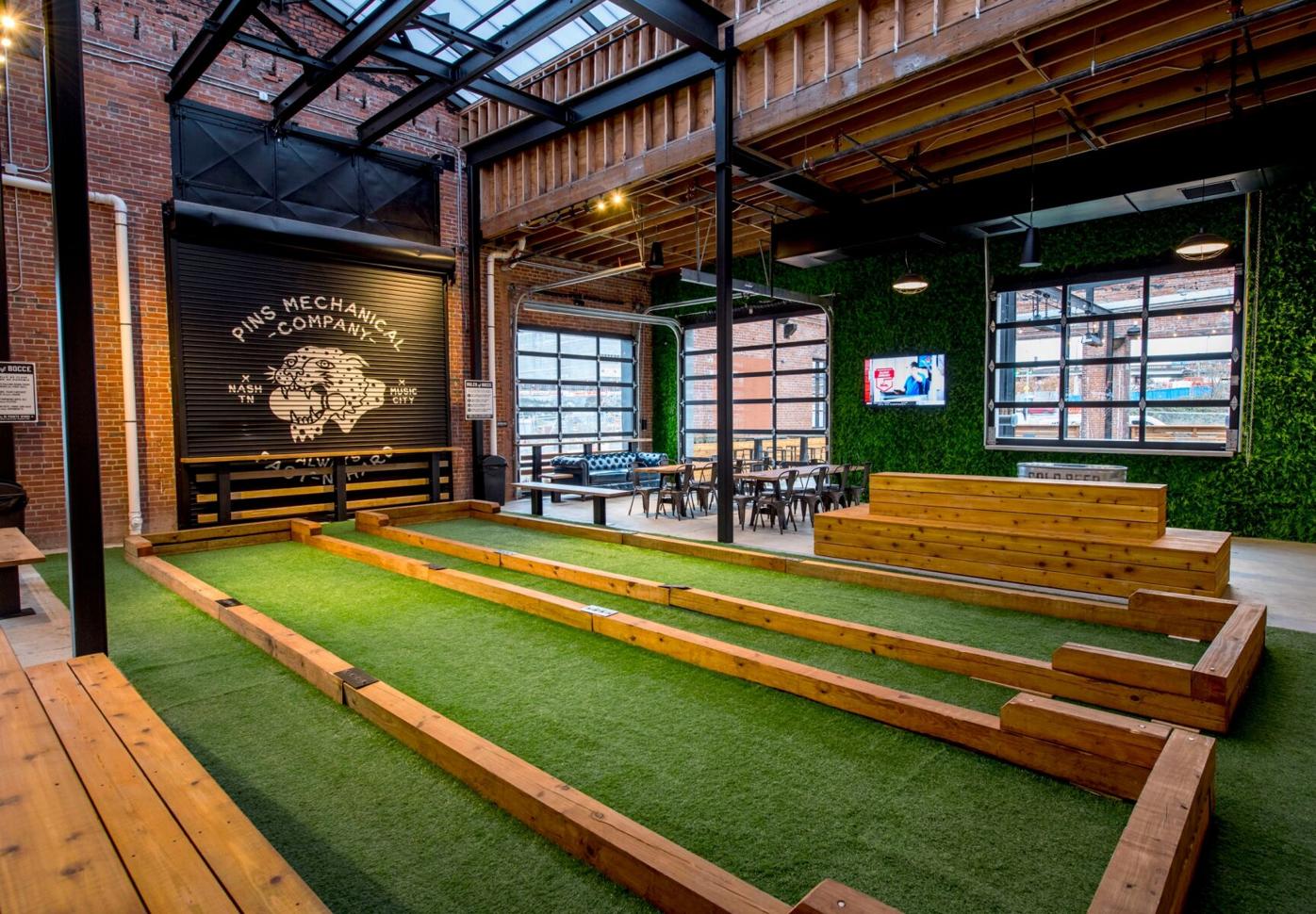 Pictured is the pinball room at Pins Mechanical’s Indianapolis location.

According to a news release, Pins Mechanical, which is owned by Columbus, Ohio-based Rise Brands, is anticipated to open in early to mid-2023 at 222 Mitchell St. It will occupy 25,000 square feet of space and will include elements of its sister brand, 16-Bit Bar+Arcade, plus an outdoor courtyard, rooftop patios and three full bars.

Pins Mechanical will take up part of a seven-story building that has been unoccupied for nearly 20 years. It previously housed Citizens & Southern Bank, and the new space will combine a 1909 brick building and two mid-century modern buildings.

South Dwntn, a project that is expected to help revitalize the south downtown area. It’s owned by Newport, a Hamburg, Germany-based developer whose Atlanta office will be housed within the project. The entire project aspires to redevelop buildings, including some historic ones, within an eight-block area with new office space, restaurants, arts and entertainment venues, residential development and hotels.

“Newport’s strategic vision for south downtown Atlanta completely aligns with our efforts to help revitalize and build business in the communities where we live and work,” Rise Brands founder Troy Allen said in the release. “We are thrilled to be part of this community and beyond excited to fully engage and entertain the people of Atlanta.”

Pins Mechanical’s Atlanta location is its ninth one overall and will feature 16 duckpin lanes, more than 50 pinball machines and classic arcade games, bocce ball courts, patio pong, ping pong and more. It will also have a full bar with creative cocktails and partners with local food trucks and restaurants to provide fare for its guests. It becomes an adults-only establishment after 7 p.m. each night.

“Troy, and the experience he has created with Pins and 16-Bit, is going to make a huge impact on our neighborhood,” Newport Senior Vice President April Stammel said in the release. “We are seeking the best partners for Hotel Row and 222 Mitchell, and it was clear from our tours that Troy valued the unique fabric of the buildings today and shared our excitement for the future. Having an operator who knows how to create a great destination is not only a win for south downtown but a win for Atlanta.

The World of Coca-Cola in downtown Atlanta is embracing the summer with a handful of new and unique features.

In April, May and June, the first tenants in The Interlock, a new $450 million mixed-use development in west Midtown, opened their doors.

Livable Buckhead is embarking on an employer-assisted housing program

In the coming months, one Buckhead organization is expected to launch a new program to provide employer-assisted housing in that community.